On the summit of Mt. Silver

I can’t believe  it’s been over a year since I first started Nice Job Breaking It, Hero and it has been such an amazing journey, full of so much growth! In my first Year End Wrap-Up post, I dubbed 2016 my New Bark year, because this time last year, I was just starting my blogging journey here on WordPress. I was new to all of this, back then I was racking in a cool 10-20 views a day… and let me tell you, it was discouraging sometimes. There were days when my site didn’t get any views at all! Ya’ll I wanted to give up so many times, especially when Grad School was kicking my ass, but I didn’t! I fought every step of the way, I wrote, I networked, I put in the time and the results blew me away!

END_OF_DOCUMENT_TOKEN_TO_BE_REPLACED

First, I’m baaaaack! Well, sort of… this is one of the two year end posts I told you all I’d be writing, I’m just posting it a day early since I’ll be on a plane back to DC on the 30th…

A little while ago, my dear friend Leafy asked me if I planned on doing a top games list for 2016 and at the time I gave her what I thought was a pretty solid, Nah… I’m terrible with lists and schedules so I go out of my way to avoid them when I can. But, as we got closer to the end of the year I found myself thinking about all the games I’d played throughout the year; the good, the bad, and the meh titles and before I knew it this post kind of wrote itself! So here I am, a few days before the start of a new year running through my favorite games of 2016…

Now, I will say this in advanced, not all of these games were released in 2016, most were, but there are a few titles that were released prior to this year… Also, I am not including the Voltage games I played (save Liar), because I plan on doing a separate list for that. Finally, before ya’ll start grabbing your torches and pitchforks because your favorite game isn’t on the list, or you don’t agree with my picks, remember this is my list, if you have suggestions feel free to tell me about them in the comments section (I am always open to game suggestions)! *claps hands* Let’s get this show on the road!!

END_OF_DOCUMENT_TOKEN_TO_BE_REPLACED

TGIF! Here we are again with another Fangirl Friday! This week I’m going to talk about a movie I saw with a friend a few weeks ago! I meant to write this post earlier, but one thing lead to another…I’m making excuses,  today’s post is all about the third and final film in the Bridget Jones trilogy, Bridget Jones’s Baby!

So why am I writing about this? Well, Bridget and her shenanigans (along with a healthy amount of Ben and Jerry’s Chocolate Chip Cookie Dough ice cream) have gotten me through some tough times in the past. I have fond memories of the first film (the second not so much) and to this day, I still watch the first film whenever I’m feeling especially down about something. So, when I heard that there was going to be a third and final film in the series, I couldn’t wait to buy my ticket!

*This post will contain some spoilers for the film, so proceed with caution!*

END_OF_DOCUMENT_TOKEN_TO_BE_REPLACED

So here we are coming off of the Pokemon high that was February, with Pokemon 20 dishing out more goodies! Today, March is the second month of the Pokemon 20th Anniversary Legendary Pokemon Releases! This month’s legendary is none other than the Gen II Pokemon, Celebi!

Non-Japanese second genners are still a little miffed about the unused GS Ball Event in the original Crystal version. I’m still a little sore about that to this day, but the remakes, Heart Gold and Soul Silver eventually kind of rectified the situation. During the event trainers would have received a mysterious GS Ball, which upon placing it in the shrine in the Ilex Forest would trigger the appearance of the legendary Pokemon Celebi.

Celebi, the Time Travel Pokemon, is a Psychic Grass type Pokemon. It has been released several times before, most recently for Pokemon X and Y in 2014 during a Pokemon Bank Event. So if you missed your chance to get Celebi from one of the earlier events, now is your chance.

The Celebi Event will be a Nintendo WiFi Distribution and will take place between March 1st to 24th 2016. In order to obtain Celebi, players must have a 3DS or New 3DS, and Pokemon X, Y, Omega Ruby, or Alpha Sapphire.

If you want more info about the other Pokemon Events for 2016, check…..

END_OF_DOCUMENT_TOKEN_TO_BE_REPLACED

Day 2 was spent in the Dealer’s Room… 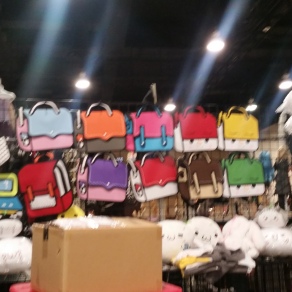 I just got sucked in, there was an hour to kill until the next panel and I just couldn’t help myself! END_OF_DOCUMENT_TOKEN_TO_BE_REPLACED 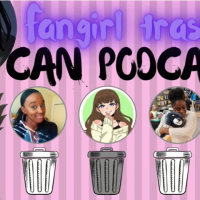 K at the Movies

I will see you at the movies

Half the comedy, all the taste