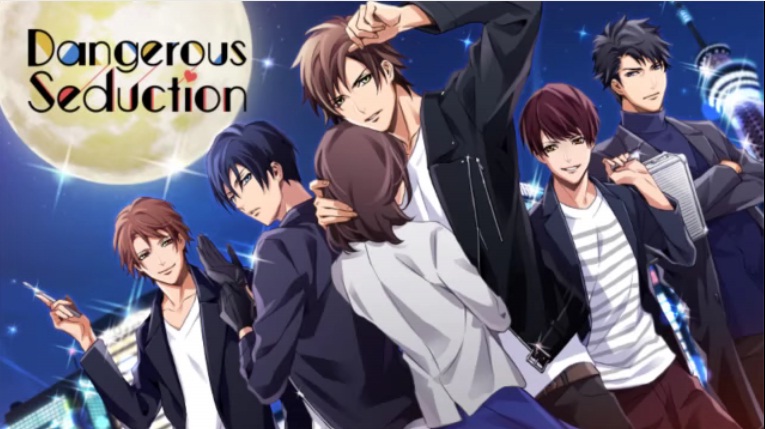 There I was minding my own business, browsing Twitter, when I saw that Voltage had finally decided to release a brand new app, Dangerous Relationship! So I immediately dropped everything and downloaded the game from the App store!!

So first things first, the art is a bit different from their other games and I have to admit that when I first saw it I wasn’t really a fan of it, but it grew on me… Okay, I’m lying, I’m still on the fence about the art style, but the premise more than makes up for that!

Falling in love with a dangerous man!

When your life is on the line, can you trust a criminal to keep you safe?

Your father is dead, killed in an accident months ago. When you are attacked out of nowhere, you are saved by 5 of the most notorious criminals in Japan. They tell you that your father’s death was no accident, and the men who killed him are now after you.

One of them is chosen to guard you day and night, at least until their contract is up. But now you are at risk of losing your heart as well as your life!

Is love enough to win the heart of a bad boy?!

Who will you trust to keep you safe?

After your parents die in a tragic accident, you (name changable) decide to follow in your late father’s footsteps and becomes a freelance journalist. On the day of your first assignment you are attacked by a group of unknown assailants. First you are almost the victim of a hit and run, but you’re saved just in time by a handsome man, who looks a bit like a fugitive you saw on the news… After that, you get caught in the middle of an elevator shoot out, only to be saved yet again by another gorgeous man.

Your convenient savior drags you off to meet a group of men who inform you that the attacks will only get worse, unless you go with them… Apparently the MC’s father was the key to unlocking some super secret room, but when his enemies found out, they had him killed. So, before his untimely death, your father had you designated as the new key and he contracted the five mega hot bishie fugitives to protect you until all of his enemies are gone. Choose one of them to be your personal full time protector…

Similar to Era of Samurai: Code of Love, which came out earlier this year, Dangerous Seduction also utilizes the “Coins” system. It’s similar to the system in place for Sweet Cafe,  players purchase coins which can be used to purchase stories within the game (players can still buy stories using real money too). Coins just offer a more streamlined buying option, allowing players to purchase stories without having to go through the respective app store login processes. Voltage has hinted that there will be future features that will utilize the Coin system, but as of right now nothing specific has been announced. Coins purchased in the game will never disappear, unless you delete the app.

This game also uses the new Restore/Transfer game data. Instead of having to keep track of Transfer ID codes, players can now register an email address and password that will be used to restore purchases and transfer data to new devices. The email and password can be used multiple times for multiple devices! 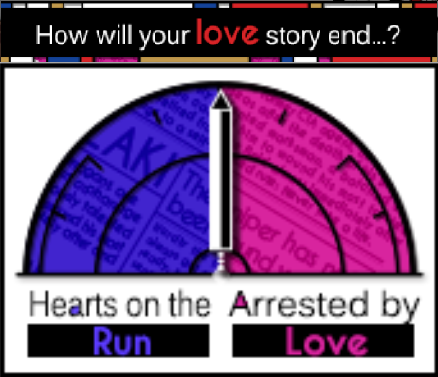 Okay, so this game is like a cross between My Sweet Bodyguard, Love Letter From Thief X, and True Love, Sweet Lies… which are all some of my favorite Voltage Inc apps, so I have high hopes for this game already! I like a little action and mystery with my otome games, so this game seems right up my alley!

Of course I have a bias, I always have a bias and this time it’s the cold hacker, Yasumi Arimura. From what I’ve seen of him in the prologue he could be the secret love child of Scorpio from Star Crossed Myth and Takuto Hirukawa from Love Letter From Thief X… What can I say, I have a type 😛

Unfortunately, I’ll have to wait to play with the dangerous hacker bae, since Masaharu is the only route out right now (what happened to releasing the first two characters at launch?!)… The other characters are interesting and I’m really looking forward to seeing more of them in their individual routes. The prologue hints that each guy is hiding a “terrible” secret and I’m curious to see how that factors in to the overall narrative of the game, if at all.The MC is pretty standard right now, but I have a feeling there’s more to her than meets the eye! So, I’m going to be hopeful and predict that I’m going to like this MC…

Okay, so the art style… I’m not a big fan of it right now, I was the same way about Metro PD when it was first released and now I love the art in that game. Plus, for me, story trumps art anyway, so as long as the individual routes are good I can get over my hangup about the art style. I also did some sleuthing and I found out it’s the same artist that worked on Tokimeki Restaurant, do with that what you will…

Oh, I almost forgot, the opening movie is voiced! And after doing some digging I found out that all of the guys have VAs… well know otoge veteran VAs! So, I’ll just leave the list here in case anyone is interested *ahem*:

Overall, I don’t really have any complaints! The premise is intriguing and the characters look fun, the art isn’t my favorite, but I’ll get over it… I’m really looking forward to playing this game! Expect individual reviews as soon as the stories are released!

What do you think about Voltage’s newest app? Which guy are you most looking forward to? Have you played any other Voltage games? Do you have a suggested route? Want me to review a specific game or character? Let me know what you think in the comments section. If you like what you see, like this post or follow Nice Job Breaking It, Hero! As always THANK YOU FOR READING!!