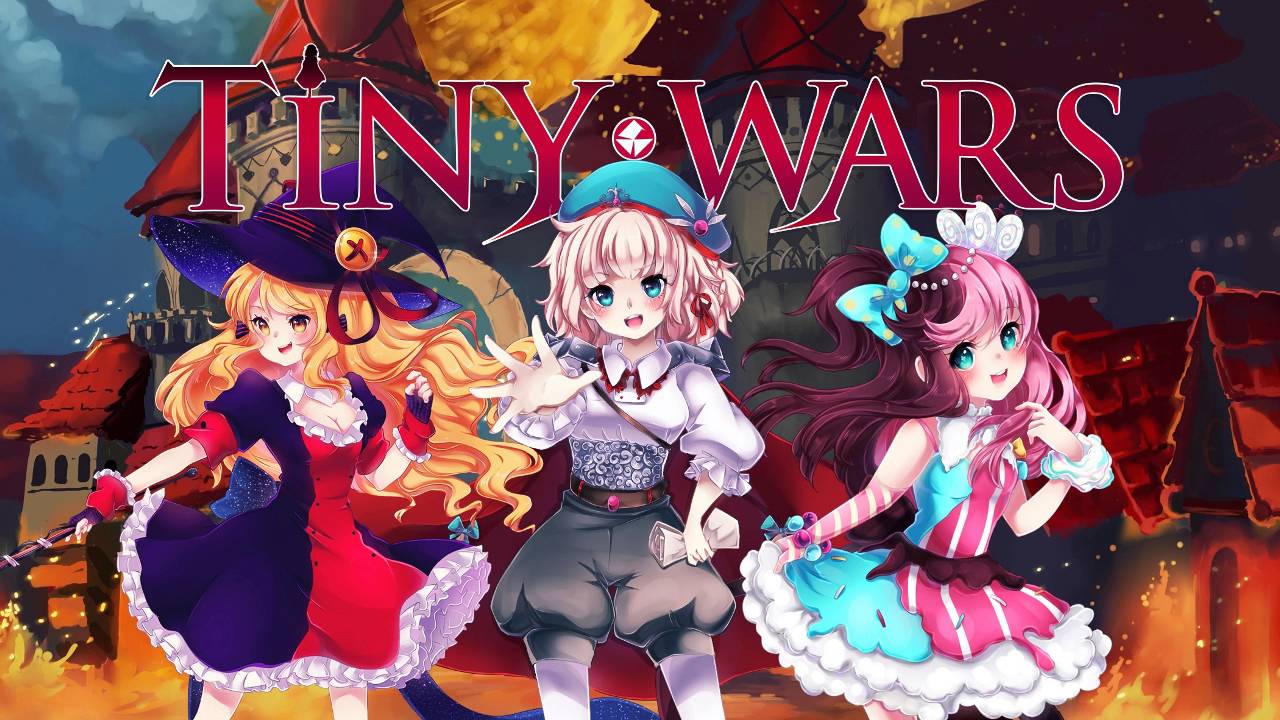 So, a little while ago, I was asked to participate in a beta test for an upcoming anime themed tower defense game from Bizurk Software, TinyWars! The game has been in development since 2015 and will be available for PC and mobile devices upon it’s release.

I’ve played a few tower defense mobile games before, but they were never more than a way to pass the time on the commute to and from school. So when I was asked to participate in the beta testing for the game I didn’t expect much, but TinyWars proved to be both fun and challenging!

**Disclaimer: I DO NOT own any of the images used in this review, ALL images, screenshots, and characters belong to Bizurk Software. 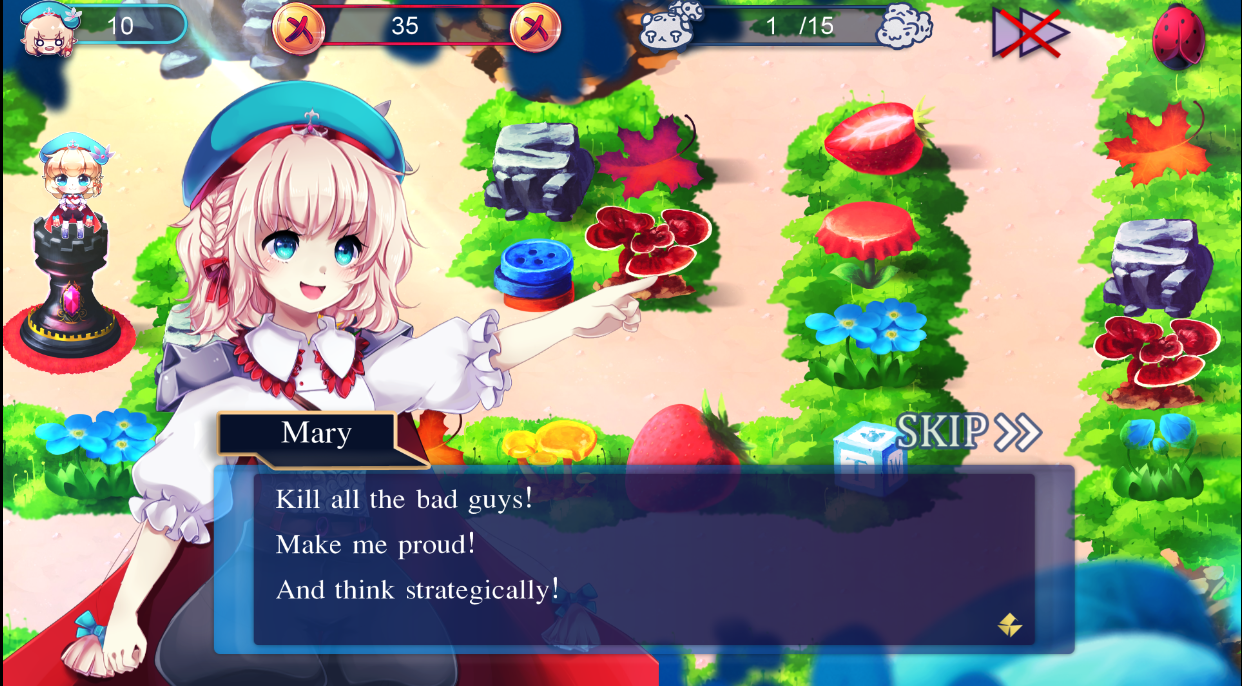 With the help of tiny witches, defend your main fortress against the relentless attacks of tiny enemies! Use strategy and wit to thwart wave after wave of enemy assault in this addictive title. The overall gameplay is similar to that of other defense games, and even players unfamiliar with the genre will find the game pretty easy to figure out.

Even with my limited knowledge of the genre, it only took me a few minutes to get my bearings. Plus the pre-game tutorial was straightforward without any complicated jargon or unnecessary explanations.

Enemy attacks come in waves which progressively get more difficult, culminating in a final free for all assault at the end of each level. The first two waves help acclimate players to the overall premise of the game; these monsters are pretty weak (easily defeated with one or two shots from the defensive witches) and usually identical to one another. While the latter waves consist of a diverse blend of monsters of varying strengths.

By defeating enemies, the player can earn in-game currency which can be used to purchase defensive witches and for upgrades. In the demo there were only two defensive witch characters available, a fire throwing witch and a scythe wielding witch. But, there will be more characters introduced in the final version of the game.

The overall character designs are cute, reminiscent of the style used in magical girl anime. During cut scenes characters are given detailed sprites, but during the actual gameplay characters are shown in miniaturized chibi forms. The monsters range from tiny blueberry like creatures to bugs to otherworldly sentient tentacle beasts.

The battlefield features a simple, cute design that fits well with the micro theme of the game. Toadstools, spools of thread, and buttons serve as strategic battle points for defending characters. The music is upbeat and cheerful, which definitely helped during some of the more difficult levels.

Now, I have to admit that I kind of suck at this game, because I kept getting getting a Game Over! The first two waves were easy, but the last two… I wasn’t ready for them and even now, I’m still working on the last one! But, rather than being frustrating, the added challenge made the game much more enjoyable!

Overall, TinyWars is a cute game! The gameplay is simple, perfect for anywhere on the go play. The game features a range of difficulty levels great for players new to tower defense games and veterans of the genre! TinyWars is a delightful way to while away the time and is sure to provide hours of enjoyment for players whether they pick up the PC version of the game or the mobile app.

This beta demo serves as an excellent first look at what promises to be a fresh take on an already bloated genre of games. While TinyWars utilizes many features typical to current tower defense games, there is something unique about the design that makes it a very interesting game. If you still need some more convincing, download the demo for yourself, from the Google Play Store or the Windows version and give this game a try!

What do you think about tower defense games? Do you think TinyWars will be a fresh addition to the genre? Do you plan on giving the demo a playthrough? Let me know what you think in the comments section. If you like what you see, like this post or follow Nice Job Breaking It, Hero! As always THANK YOU FOR READING!!