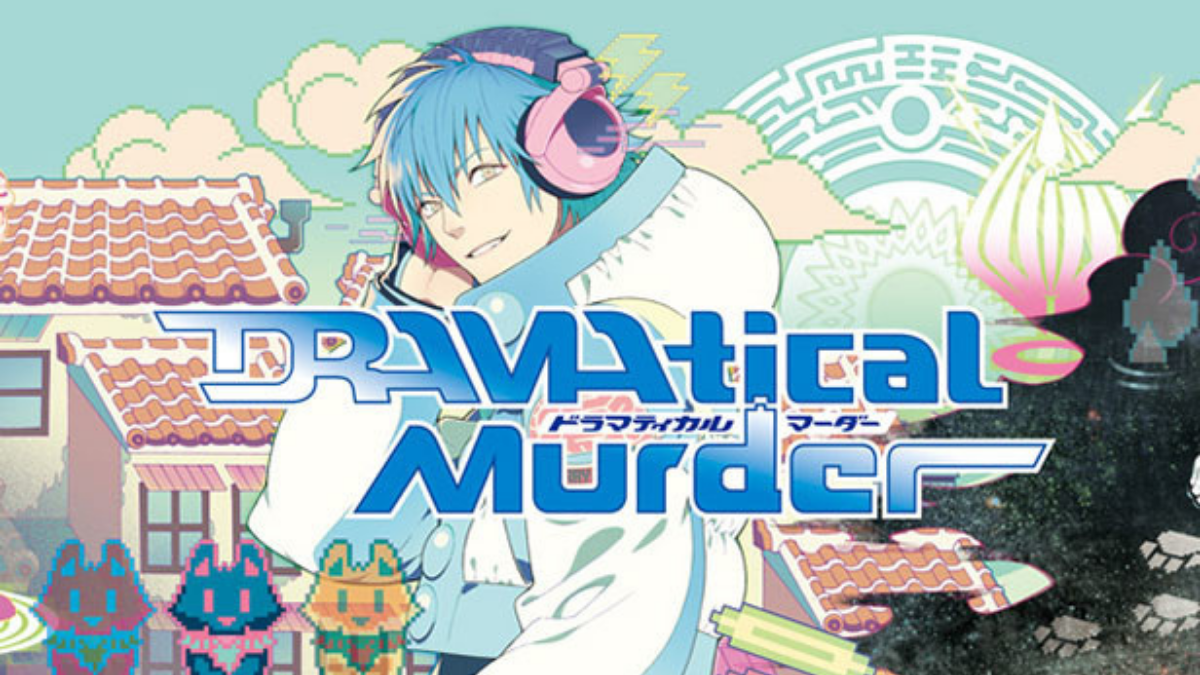 This is an exciting post for me, not only is this My 100th Post, but DRAMAtical Murder was the first game I ever reviewed on this blog! So this post is a really special post! I actually went back and looked at my review from back then, and I can say with confidence that I’ve actually gotten better at writing reviews since then. So here I am seven months later and I’m finally getting back to the game that started it all. Hopefully, I can do this game justice by writing a proper review…

DRAMAtical Murder is a 2012 Nitro+chiral sci-fi boys love visual novel. The game was given an official English language release by Jast Blue (the BL subsidiary of Jast USA). If you are familiar with Nitro+chiral’s other works, you’ll know that they have a flair for “dramatic” and “gruesome” endings, so consider yourself warned. I first found out about this game while watching a Let’s Play for Hatoful Boyfriend (talk about two different worlds), but during the video someone suggested that the next “Let’s Play” should be DMMD. No one else seemed to know what game they were talking about and even the person who’d suggested it was pretty vague on the concept. The only thing anyone knew for sure, was that it was a BL visual novel and that the bad endings were bloody.

DRAMAtical Murder takes place on Midorijima, a beautiful island known for it’s natural beauty. Prior to the start of the game, the island was purchased by the Toue Corporation and turned into a resort for the wealth, called the Platinum Jail. As a result the island’s original residents, were forced out of their homes and moved to the slums in the Old Residence. This is where our protagonist, Aoba Seragaki, lives and works as a junk shop clerk at the Junk Shop Heibon (Mediocrity). Accompanied by his allmate, Ren, Aoba lives out his days of anonymity, until he he is dragged into the popular virtual reality game, Rhyme. When his friend and leader of the popular Rib team, Dry Juice, finds himself the latest victim of a series of strange disappearances, Aoba’s life takes a turn for the dramatic. 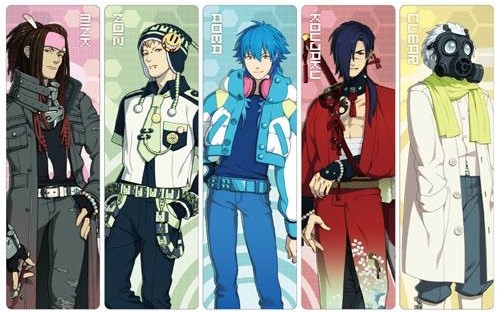 For my first BL visual novel, DRAMAtical Murder did not disappoint. The overall plot was compelling and for the most part the individual routes were well written. Some routes were weaker than others, but nothing that would keep you from enjoying the game. Each route is a self contained, but incomplete part of the overall story, so even after completing the best ending there will be several mysteries left unanswered. If you want to get the big picture, True ending of the game, I suggest trying to get all of the endings. As you complete each route, the title screen will change slightly so that the completed love interests will follow behind Aoba.

It’s important to note that each route uncovers a little more of the Toue conspiracy than the last, so I suggest playing Koujaku, Noiz, Mink, and then Clear, but this is only a suggestion. It’s really only important that you play Clear’s route last, the others can be arranged however you like. For my first playthrough of the game I wound up getting Koujaku’s Good Ending, you can read the review for that, HERE. While, I initially loved Koujaku’s character design and personality, his overall route fell kind of flat for me. I am still disappointed about how dull he was in his own route, it was such a waste.

The music in this game is amazing, it has a nice retro, 8-bit feel to it, which fits well with the overall mood of the game. The endings come with their own music and each one is awesome! The artwork and character designs in the game are high quality, and each of the CGs are wonderfully rendered. Despite not liking his story much, Koujaku’s design is my favorite (his tattoos are sexy).

The choices made during the common route are important for deciding which route you end up on, so choose wisely here. You’ll know which route you’re on towards the end of the common route, it’s the guy you pair up with when you leave Tae’s house for the rescue mission. This should go without saying, but, DMMd is an 18+ game, so expect some adult situations. There are scenes depicting graphic sexual relationships, but on the flip side the game is censored…so pixel man parts a plenty! This game is NSFW….

So, you can’t talk about DRAMAtical Murder without mentioning the ending. DMMd has a total of twelve endings. Each character has one Good Ending and one Bad Ending (except Noiz, who has an additional, meh ending). Once you complete the Good Endings for the four love interests, Ren’s route will be unlocked, which has two endings, one Good and one Bad. Ren’s Good Ending is the game’s True Ending and wraps the story up nicely, but don’t worry about that now… it’s the Bad Endings, that I want to warn you about. These endings should not be taken lightly. Now, I have played some pretty bad endings before, but DMMd takes the cake! The “You Died” endings are tame compared to the over the top torture endings in this game, and each one is more violent than the last. These endings combine sex and violence, to produce some truly cringe worthy masterpieces.

In 2013 a sequel fandisk, DRAMAtical Murder re:connect, was released for PC. The fandisk has a bunch of extras and even includes after-stories to each of the character routes from the original game. In 2013, Yaoi Forever released an English patch of both DMMd and re:connect.

I highly recommend this game for fans of Yaoi or BL! The plot is well written, the art is gorgeous, and the steamy scenes are really good. But, I want to stress that this game has nudity and violence, do with that what you will.