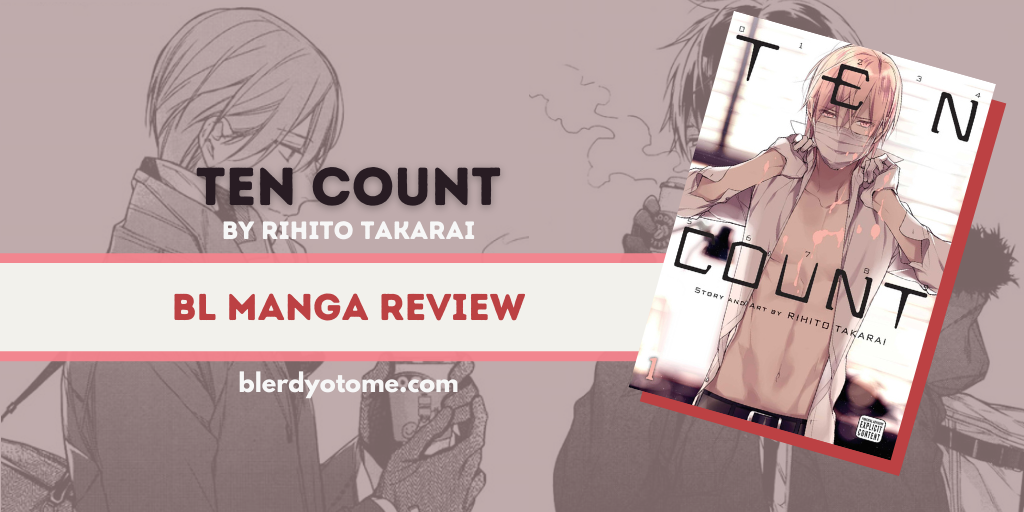 TGIF! Here we are again with another Fangirl Friday! This week I’m doing something for all of my BL/Yaoi Fangirls out there…Today I’m going to cover the yaoi manga, Ten Count. This post will be SAFE FOR WORK…There will be absolutely NO NSFW images in this post, so rejoice (or curse my name), this post can be read in public without consequence!

Let me preface this by saying, I generally don’t start ongoing series, I hate waiting on updates. But, I have made a few exceptions in the past…very few. In order for me to go against my no ongoing series code, the series in question better be damn good; this manga is that good!

Ten Count is an ongoing (currently 4 volume) yaoi series by Takarai Rihito, the author being Seven Days and Only the Flower Knows. The series follows the relationship between mysophobic secretary Shirotani Tadaomi and clinic counselor Kurose. While the relationship between the two men is essential to the plot, a lot more focus is put on Shirotani’s mysophobia. If you don’t know, mysophobia is a pathological fear of contamination and germs [Wiki].

The pair meet when the company President that Shirotani works for is nearly killed in an accident. Kurose who happened to be passing by saves the President and escorts him to the hospital. Upon recovering from his injuries the President wants to reward Kurose for his kindness but he refuses, so the President send Shirotani to convince him. Kurose, who immediately recognizes that Shirotani is suffering from mysophobia, suggests that he seek professional help for his condition, before it progresses further. Initially Shirotani is upset at being talked to so bluntly by a complete stranger, and he tells him off. But, soon Shirotani realizes that a life of fear is not one he wants to live, so he and Kurose embark on a journey to manage his condition. Along the way Shirotani begins to look forward to their meetings not because of his treatment, but because it gives him a chance to see Kurose. 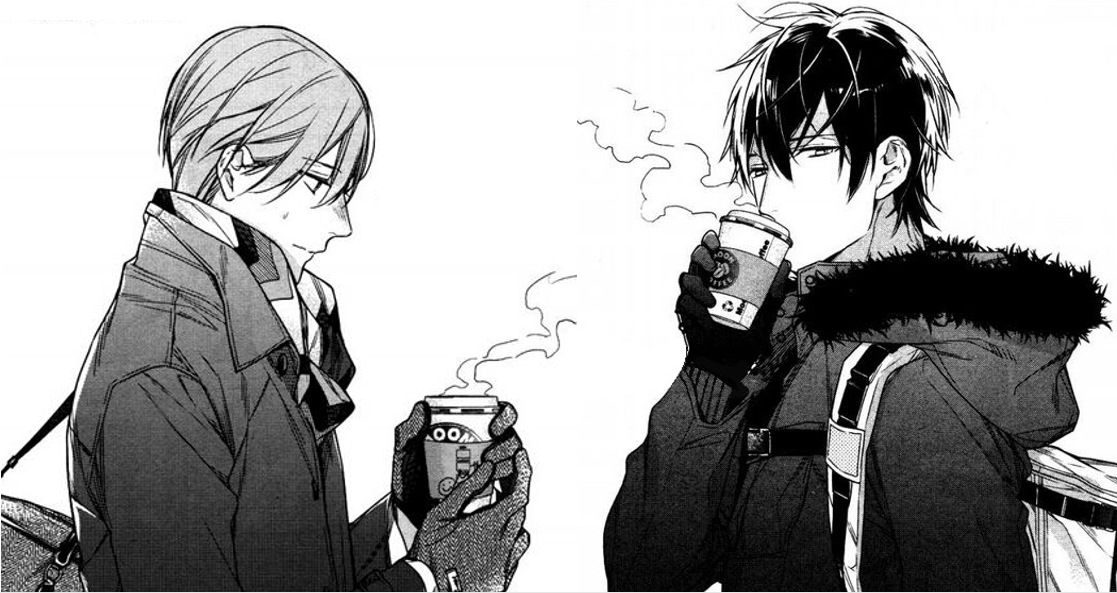 I love this manga, the story immediately sucked me in, the art is gorgeous and the premise is something I’d never experienced before. The first half of the series focuses primarily on Kurose’s various treatment methods for Shirotani’s condition. The author gives a great deal of attention to Shirotani’s progress during each step of his treatment. The progression is gradual and never feels rushed or forced. In the beginning of their “sessions” Kurose asks Shirotani to list 10 things that he absolutely cannot do because of his condition. He then tells Shirotani to rank his list from least to most difficult, Kurose then promises to help him overcome each item on the list.

However, as the story progresses, the focus shifts to the relationship between the two men. Little is known about Kurose’s past, and even less is known about his intentions towards Shirotani. While Shirotani grapples with his developing feelings for Kurose, which he deems to be dirty. The overall progression is nice, giving the reader time to discover more about each of the main characters as they discover more about themselves and each other. There are some moments when Kurose gets frustrated and tries to push Shirotani into doing things faster than he is able, but for the most part Kurose is extremely patient with Shirotani. In the end this is a yaoi manga, so expect some graphic boy on boy action, but as of right now those scenes are few and far between.

The manga is set for licensing in August by SuBLime, so be sure to purchase this amazing manga when it is available in your country. I highly recommend Ten Count for any fan of yaoi or BL. It is an interesting story with a unique premise. It’s awesome to see a yaoi manga that has a focus outside of the main relationship. I suggest every fan of the genre pick up this outstanding series at once!