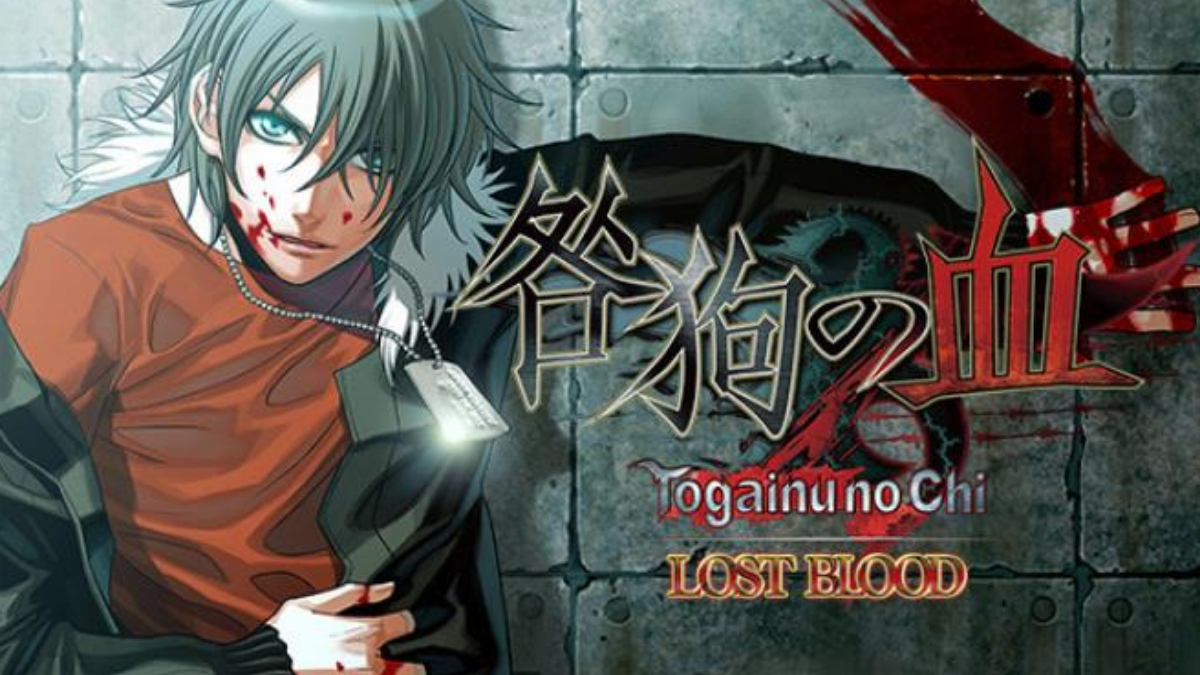 Say what you will about Nitro+Chiral and their games, but beneath all the angst, leather, and dubious consent are some pretty introspective stories. Sure, their games tend to be on the darker and edgier side of things, taking readers to some less than savory places, but when it really gets down to it there is always an underlying message that serves as the lifeblood of their stories. In Sweet Pool the story explores the inevitability of fate and the difference between being pulled along by forces beyond your control or embracing your lot in life. While Dramatical Murder takes a few notes from Freud in its exploration of the human psyche…among other things… So, going into Togainu no Chi I was prepared for a dark, yet thought provoking story… and let’s see if it lived up to expectations.

Togainu no Chi was the first boys love title developed by Nitro+Chiral and is notable for it’s especially dark and violent premise. The story follows Akira, a former child soldier and undefeated champ of Bl@sters—an underground fighting tournament (the precursor to DMMD’s Rhyme). He wears leather and he’s pretty apathetic about everything and that’s about it; he’s your typical angsty teen.  After being accused of a crime he didn’t commit and slapped with a lifetime prison sentence, Akira is given the chance to clear his name by participating in a deadly game called Igra (which actually means ‘Game’ in Russian… the more you know), being held in Toshima—the ruined wasteland that used to be Tokyo.

But, when you’re facing a life in prison, a post apocalyptic Battle Royale sounds like the lesser of two evils, so he heads to Toshima to participate in the game and take on Igra’s undefeated champ, Il Re. But, Toshima is a lawless place filled with the absolute dregs of society, where women are non-existent, and for a bishounen like Akira he will have to keep his wits about him if he is going to survive. Some Igra challengers have taken to using Rein, a highly addictive drug that temporarily boosts a person’s physical and mental faculties, but slowly eats away at the body. Things only get more complicated when his childhood friend (and resident soft boi) Keisuke, follows him to Toshima. Each day brings with it a new challenge; they will need to keep their wits about them if they ever hope of making it out of Toshima alive. To top things off, it becomes apparent that there are more sinister machinations at work in the city and Akira seems to be at the center of it all.

Child soldiers, horrific scientific experimentation, a grungy post apocalyptic setting, morally ambiguous characters, and a whole hell of a lot of leather… yup, this is indeed a Nitro+ game. I had the benefit of playing Dramatical Murder and Sweet Pool BEFORE I played this game, so I was already pretty familiar with Nitro+Chiral and their penchant for violence, rape, and angst. But, that said, I kind of think that that was to my detriment, because I was led to believe that Togainu no Chi, being their first BL release, was supposed to be their darkest offering to date and I have to admit I’ve played darker games! Maybe I’m desensitized to dark, gritty boys love stories, but I kept expecting more. Don’t get me wrong, this game has plenty of “Oh shit” moments, that while they were happening had me peeking at my screen through my fingers. But, Togainu no Chi was trying to juggle too many things at once and it just didn’t fully mesh well; it wanted to be darker and edgier, while also delivering an engaging story and it never quite hit that happy medium between the two like Dramatical Murder. But, it also didn’t all in with the darkness like Sweet Pool did and I think that was the biggest let down for me.

Aside from a few fights early on, the Igra death battle plotline is abandoned midway through in favor of a completely different storyline and “spoiler alert” Igra never gets a satisfying conclusion in any of the routes. But, I wasn’t too fussed, since I wasn’t too invested in the Igra plotline to begin with, and the whole dog tag collection rule was just so convoluted it’s not even worth explaining in full.  In it’s place we get an arguably much more interesting storyline revolving around the Rein and its connecting to Akira and several other key players in Toshima. This is clearly the story the writers wanted to tell because each route reveals a small piece of this overarching plotline finally coming to a head at the very end of the game. I wish, they’d left Igra out of the game completely and just focused on this instead, because other than serving as a means to get Akira to Toshima, it’s severely underutilized.

On the other hand, the characters were fantastic; Toshima is full of interesting characters, from an eccentric drug lord with a fetish for torturing young boys to a leather clad katana wielding mercenary to a pair of murder happy executioners…even the characters you’re supposed to hate have a certain charm to them that I found endearing in a twisted sort of way. As far as protagonists go, Akira is especially well done, his transformation from an uncaring loner to an actual human being, is one of the best glow ups I’ve seen in any game I’ve played this year.

For the most part I really enjoyed the love interests, though you really have to work for your happy ending in some routes. For me, I have a hard time lumping Keisuke in with the other love interests, because he is the catalyst for Akira’s growth. Even when you pursue the other LIs, Keisuke is very much the driving force behind the plot, losing Keisuke is what sparks Akira’s change of heart whether that is for better or worse and his desire to save him is what drives his actions. Because the writers spend time setting up their bond from the beginning I was genuinely invested in their relationship. So it hurt that much more when I landed one of the bad endings, because you could clearly follow the ups and downs of their story arch.

Motomi and Rin’s routes only have one outcome and while I felt that the story did a great job of fleshing them out as characters, they felt less like complete stories and more like short reprieves from the main story. Though, I will say that they were the more by the book love interests… and considering this is Nitro+, their routes are the closest you’ll get to romance. On the other hand, folks either love or hate Shiki’s route and I will admit that I had a hard time getting through his four endings, which varied from bittersweet to downright toxic. Nano’s route is considered the “true ending” but, his route was just so underwhelming I kind wish they’d left it out altogether since by the time you get to it you pretty much know everything you need to know about the story and the “big reveal” just pales in comparison to everything else. 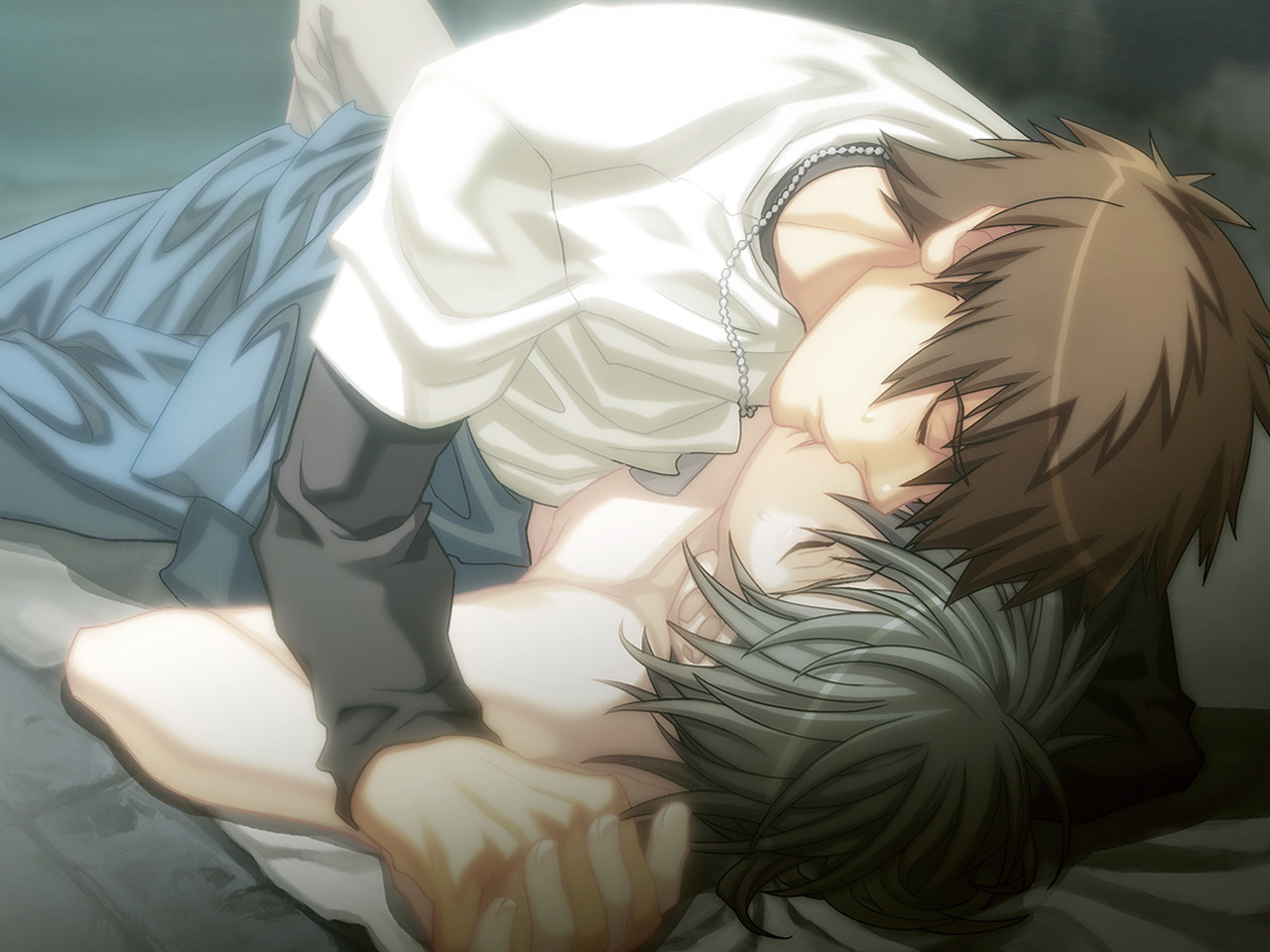 The romance is pretty hit or miss, as most of the sex scenes are at best dub con and at worst violent rapes, with Shiki’s route being the biggest offender. While Motomi’s route is the only time in the game where consent is asked for and wholeheartedly given. And lest we forget the infamous screwdriver scene in Keisuke’s route, there are just some things can’t unsee and for me that goes right up on the shelf with the enema scene in Room No. 9…But, if sex isn’t your thing there is a censored version of the game on Steam and from what I’ve seen aside from an abrupt cut in Rin’s route, the editing doesn’t detract too much from the main story.

So, the Verdict—Should You Play Togainu no Chi?

Yes, but like with Room No. 9 and Sweet Pool, I recommend this game only if you can stomach some of the less than savory aspects of the story. While it is the lighter of the two available Nitro+Chiral localizations, this is not a game that you should enter into lightly.

Togainu no Chi is definitely the forerunner of Nitro+Chiral’s later BL titles and it kind of feels like the team used it as a means to establish just how far they were willing to go with their story and characters and it just wasn’t as engaging a story for me. All the puzzle pieces are there and while I enjoyed the ride, while looking at the game as a whole, it just didn’t stay with me the way Sweet Pool or even Parade’s Room No. 9 did…  Sweet Pool had me messed up for days after I finished playing it and after the mindfuckery that was Ren’s route in Dramatical Murder, I immediately went to my Voltage Inc. otome happy place… But, while I found many of the plot elements in Togainu no Chi plenty triggering—the screwdriver scene in particular—it just didn’t hit quite as hard for me.

But, I will admit that Togainu no Chi felt more like more of a genuine boys love story than Sweet Pool and Room No. 9, those games were the things of nightmares. Here there was a genuine attempt to try and tell a somewhat “romantic” story so I feel a bit better recommending Togainu no Chi as a boys love game.

If I had to rate Togainu no Chi on my Fucked Up O’ Meter, I’d probably put it above DMMD, but below Sweet Pool.