Here we are again with another PokeNews report! We are now at the end of the Pokemon 20th Anniversary Legendary Pokemon Release Event! We’ve seen a host of Pokemon announcements and goodies from Nintendo since we started this thing back in February, from the announcement of Moon and Sun to the release of Pokken Tournament! We’ve got ten truly awesome legendary Pokemon under our belts already. This has been an amazing year for Pokemon and I almost don’t want it to end,  but regardless it’s time to push forward to the last legendary, with December‘s Meloetta release!

Meloetta, the Melody Pokemon, with two forms. While in its Aria Form, Meloetta is a Normal/Psychic and when in its Pirouette Form, it becomes a Normal/Fighting type. The second, Pirouette Form is activated by using the move Relic Song during battle, but will revert back when switched out or at the end of the battle.

There has only been one past distribution event for Meloetta, in 2013 for Black 2 and White 2. So if you missed your chance to get Meloetta back then, now is your chance.

END_OF_DOCUMENT_TOKEN_TO_BE_REPLACED

This distribution event is over, but feel free to read this post anyway! If you still have yet to enter your serial numbers into your games, you have until February, 28th 2017 to do so. After this date the serial code will be void! Also check the bottom of the post for information about future Pokemon 20 Legendary Distribution Events! Check back on the first of each month for information about the newest Pokemon 2016 Legendary Distribution Event Pokemon!

Here we are again with another PokeNews report! We are now ten months into the Pokemon 20th Anniversary Legendary Pokemon Release Event! We’ve seen a host of Pokemon announcements and goodies from Nintendo since February, from the announcement of Moon and Sun to the release of Pokken Tournament! We’ve got nine legendary Pokemon under our belts already, we’re on the home stretch now, so let’s push forward with November‘s  release: Genesect!

I don’t know about you guys, but I’ve been waiting all year for this Pokemon to be released! Genesect, the Paleozoic Pokemon, is a bug/steel type. While, it doesn’t evolve, Genesect can utilize Drives that change the type of elemental blast when using the move Techno Blast. This Pokemon was created through several modifications devised by Team Plasma and it is the last Pokemon of the Unova region.

Genesect was released only once, through a WiFi event for Black 2 and White 2. So if you missed your chance to get Genesect back in 2012, now is your chance.

END_OF_DOCUMENT_TOKEN_TO_BE_REPLACED 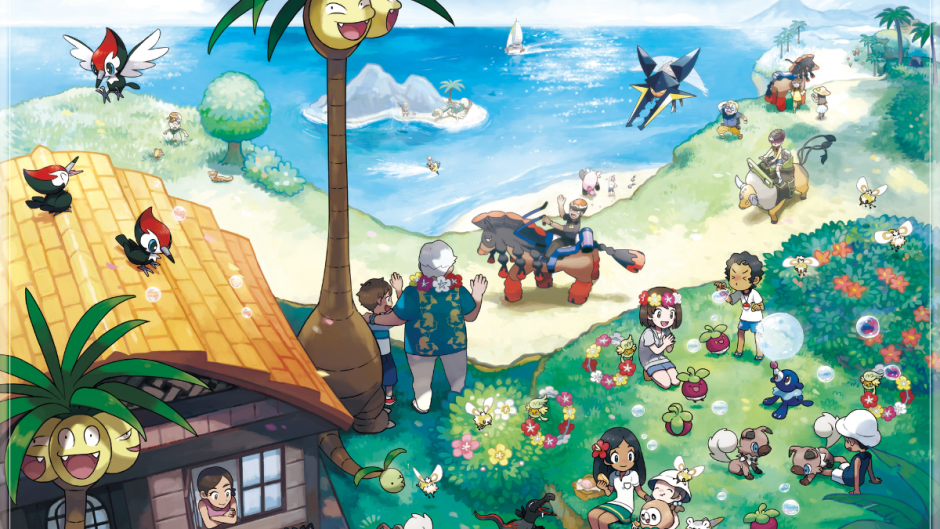 END_OF_DOCUMENT_TOKEN_TO_BE_REPLACED

Here we are again with another PokeNews report! In honor of the release of the nineteenth Pokemon feature length film, Volcanion and the Mechanical Marvel, Nintendo is holding a Special Volcanion Distribution!!

Volcanion, the Steam Pokemon, is a Fire/Water type legendary Pokemon and although it has not been featured in any of the main series games it is still considered one of the sixth generation Pokemon. Volcanion is able to use the water stored within it’s body to create steam, which it shoots from the connected cannons on its back.  Like Hoopa and Magiana, Volcanion was leaked in Coro Coro Magazine prior to it’s official GameFreak reveal.

END_OF_DOCUMENT_TOKEN_TO_BE_REPLACED

Here we are again with another PokeNews report! We are now nine months into the Pokemon 20th Anniversary Legendary Pokemon Release Event! We’ve seen a host of Pokemon announcements and goodies from Nintendo since we started this thing back in February, from the announcement of Sun and Moon to the release of Pokemon GO! We’ve got eight legendary Pokemon under our belts already, but it’s time to push forward another legendary, with October’s Keldeo release!!

Keldeo, the Colt Pokemon, is a water/fighting type introduced in Pokemon Black and White. It along with Cobalion, Terrakion, and Virizion makes up the Swords of Justice. Like Shaymin, Keldeo has two forms, Normal and Resolute. In order to activate it’s resolute form, Keldeo must be brought the Pledge Grove. Once there the Sword of Justice Pokemon will appear and teach Keldeo Secret Sword, triggering the change. As long as Keldeo knows Secret Sword, it will retain it’s Resolute form.

There were two past events for Keldeo, once in 2012 for Black and White and a second time in 2013 for Black 2 and White 2. So if you missed your chance to get Keldeo back then, now is your chance.