So the big announcement was the trailer for the game, which finally revealed the three starters for the game!

Which so far look interesting, I’m especially interested in Litten, but a grass owl is a very interesting choice so, I also have my eye on Rowlet! I’m really curious to see their evolved forms though!

Nintendo also revealed over world images and maps, and from what I’ve seen it looks like the new region, the Alola region, will be a tropical paradise like Hoenn from Gen III. The design looks similar to that of the other Gen VI games, with 3D graphics!! I dunno about you guys but I loved the trainer customization from X and Y, and I would be glad to see them back again, so here’s to hoping!

But the biggest news from the announcement are the reveals of the game mascots and the release date! Let me say the mascots look badass!!! 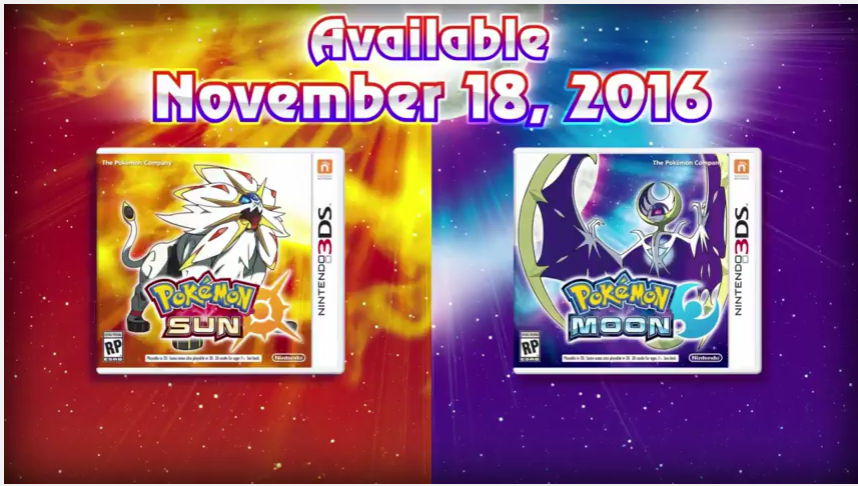 I am so stoked for this game and I can’t wait to get my hands on a copy this November! See the full video below:

Fellow trainers, what do you think of the trailer? Are you as excited as I am? Which starter are you looking forward to? Which game are you going to get? Let me know in the comments section! And as always thank you for reading!