Disclaimer: I am going to warn ya’ll in advance, this review is my opinion feel free to disagree with me if you will… But keep it civil, I have no patience for trolls (consider yourself warned). Also this post will contain some strong language, do with it what you will.

I like to think of myself as a conscientious buyer, when it comes to games.  I have a three step process that I use to vet my games before purchasing, and this is all games (indie or otherwise)!

This process has served me well in the past, hell, I’d go so far as to say it’s damn near fool proof. If I follow all of these steps, I avoid wasting money on shitty games, even when I don’t use this process it’s still extremely rare for me to accidentally buy a crappy game. Like I said, I pride myself in my ability to sniff out shit games, but I am human and I have been known to slip up….this was one of those times…Before I continue on to the actual review, I want to talk about my critiques of games, for reference, because I assure you this game deserves all the rage I’m about to type out in this review.

I’m usually a very lenient reviewer, now I said lenient not naive. I am well aware that there are some simply unredeemable games out there, games that make even the bottom of the barrel seem like the cream of the crop. As a reviewer I always try to find at least one redeeming quality, one solitary speck of joy in an otherwise dismal situation. It may be a really well written character, heck it could even be the fact that the font used on the title page was nice, or that there were periods at the end of every sentence…I’m being facetious, but you get where I’m going with this. I try to find one precious gem from beneath even the most foul pieces of shit in existence. Well you know what I think I have actually done it, in a sea of gems I managed to find the absolute worst otoge route ever! 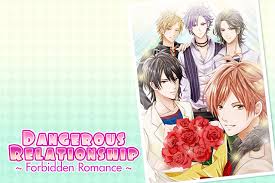 The Premise: You take on the role of a ordinary young woman, who just happens to be a stylist to some of Japan’s(?) top entertainers. You’re just a no name stylist at the moment, taking on odd jobs here and there until you land your next big break. One day you happen to cross paths with 5 top celebrities, it must be fate, because immediately afterwards you are hired to be one of the celeb’s personal stylist! What will happen when you end up working closely with a super hunky celebrity? Will love blossom or will you get burned?

My Thoughts: So there are five available love interests, they were all pretty good looking, but it was Kei Toyonaga that really caught my eye.

From the description and his looks, he seemed to be my otoge type, boy was I wrong. This route made me sick to my stomach, ! I’m sorry, let me start again, I’ve played several other Forbidden Romance games and I enjoyed them all, but this one route…*represses the urge to swear again* After playing this route I almost deleted every single one of them from my iPad, but then I thought, “Why punish the innocent…because of one rotten apple?” 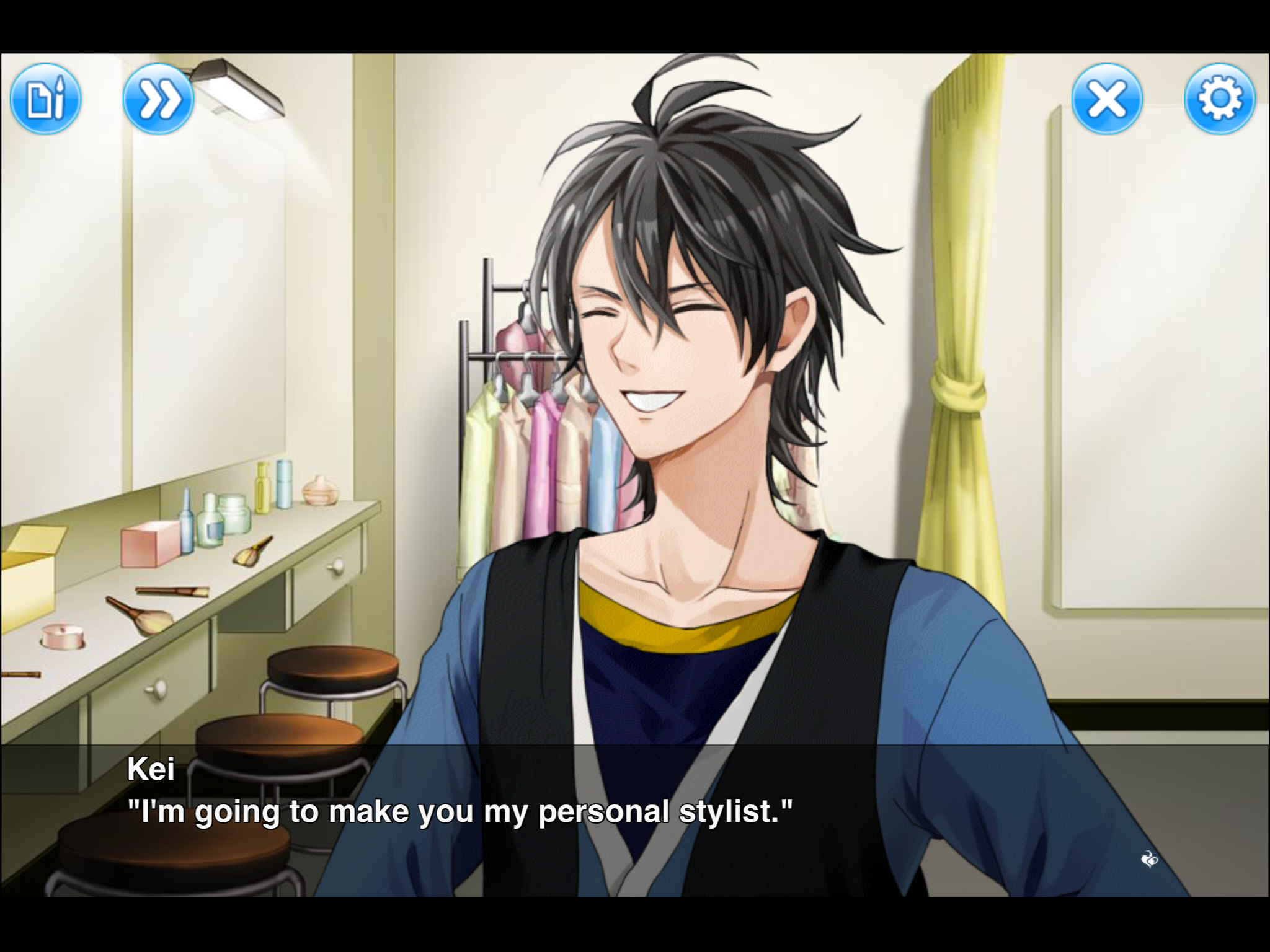 When I started this game I was optimistic, at first Kei would vacillate between being a complete jerk and being a giant tease. But, like a fool I over looked it, He’s a celebrity, I thought, If I could make it through all of Eisuke’s routes from Kissed By the Baddest Bidder, surely this would be a cake walk. I was wrong! In the beginning he was snappy, just how I would imagine a celebrity to act with his staff, but without skipping a beat he would laugh and tease the MC while flashing a bright smile that made me swoon. I had been warned that he was a womanizer known for sleeping with all of his past assistants and stylist, but I naively thought, It’s an otoge, he’ll fall in love with the MC and he will stop his playboy ways and do right by her. Instead what I got was pushy bastard that forced the MC into being his plaything.

First he started with a small kiss in exchange for his obedience, then not more than an hour later he was forcing himself on the MC! Yes, after being his assistant for only 1 HOUR, he rips off her clothes and has sex with her right there in his dressing room. And what does our MC-chan do in this situation? NOT A GODDAMNED THING! She sits there and takes it, hell she actually enjoys it!!!! I wanted to cry, after all her big talk about not letting Kei take advantage of her she does the exact opposite. And don’t think I was meekly clicking away at all of the submissive and meek choices, HELL NO! I went out of my way to pick every bad choice I could find, it just didn’t matter!

After their first time, the MC goes home and washes Kei’s slimy residue off of her body and vows to never go through that situation ever again! In my head I thought, Surely, this is where the story is going to take a turn for the better! Wrong again, in fact they keep having sex with each other and on top of that the MC develops feelings for this asshole. Meanwhile there is some shitty subplot about the drama Kei is currently working on with his twin brother Soh and the sweet comedian from the prologue Akira. 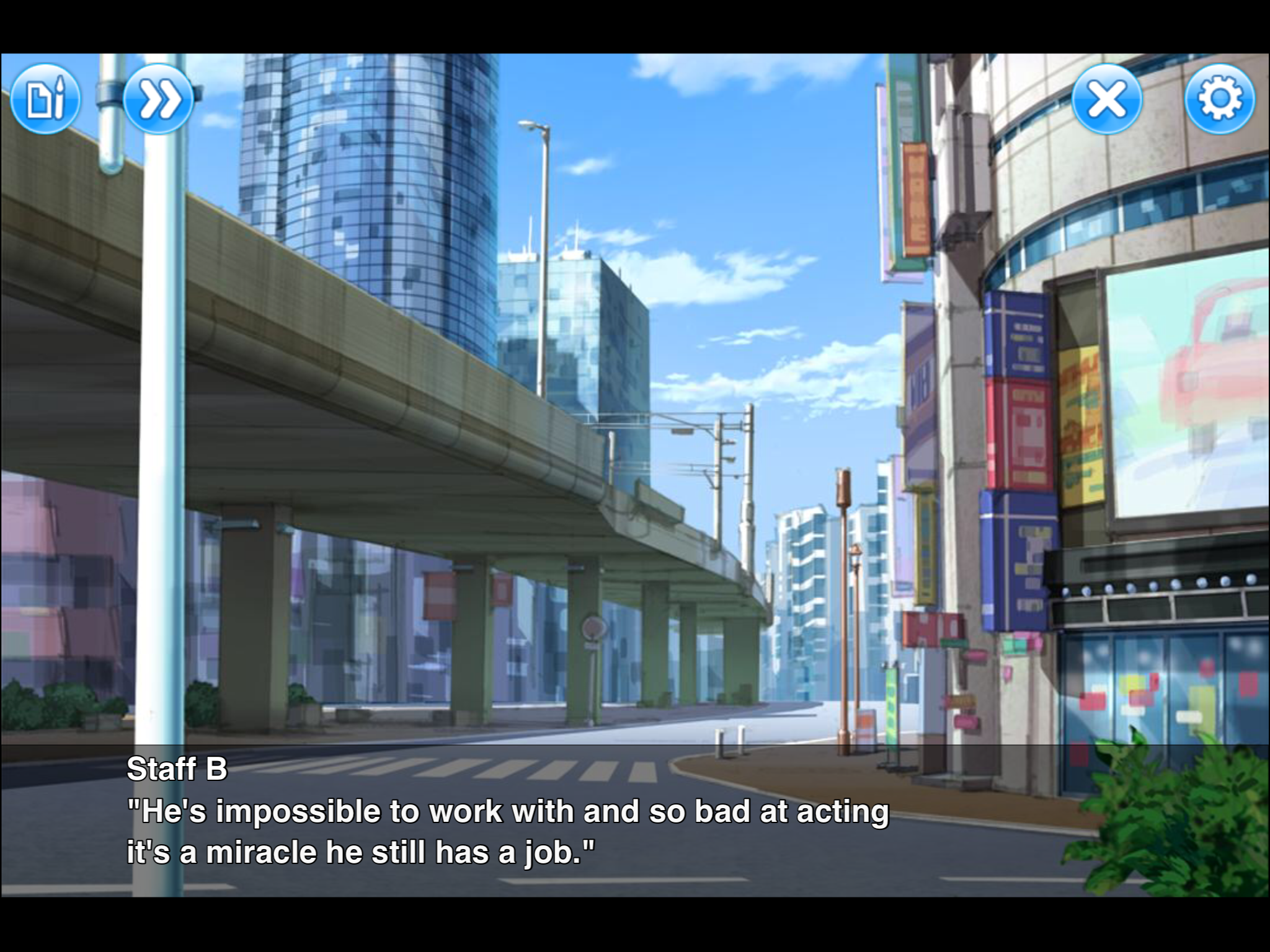 Apparently his acting ability is garbage, but he’s such an ass to everyone he meets that the film crew and the director all hate him and badmouth him behind his back. You would think Kei would at least attempt to do his fucking job right, but nope, he thinks he’s the God’s greatest gift to mankind. So he ignores the haters and does whatever he pleases. Of course he drags the MC to Hell with him flaunting her around the set much to the disgust of everyone, but especially his brother Soh. I swear Soh and Akira were the only silver linings to this damn route!

When Kei, finds another woman he stops bringing the MC with him to the set of his drama, so Akira goes out of his way to warn her about it. But, she is in too deep and gets all broken up by the whole thing. Then Soh, tries to help her out by showing her what a monster Kei. He invites her to see Kei flaunting his new woman around the set, and when she confronts him about it Kei laughs in her face! Again I thought, Finally, she gets it, now maybe she’ll leave this bastard for good! And for once that’s exactly what happens she calls him over to break things off….and the bastard ties her up like that shit in 50 Shades of Grey, tells her she can’t leave him because she is his toy. 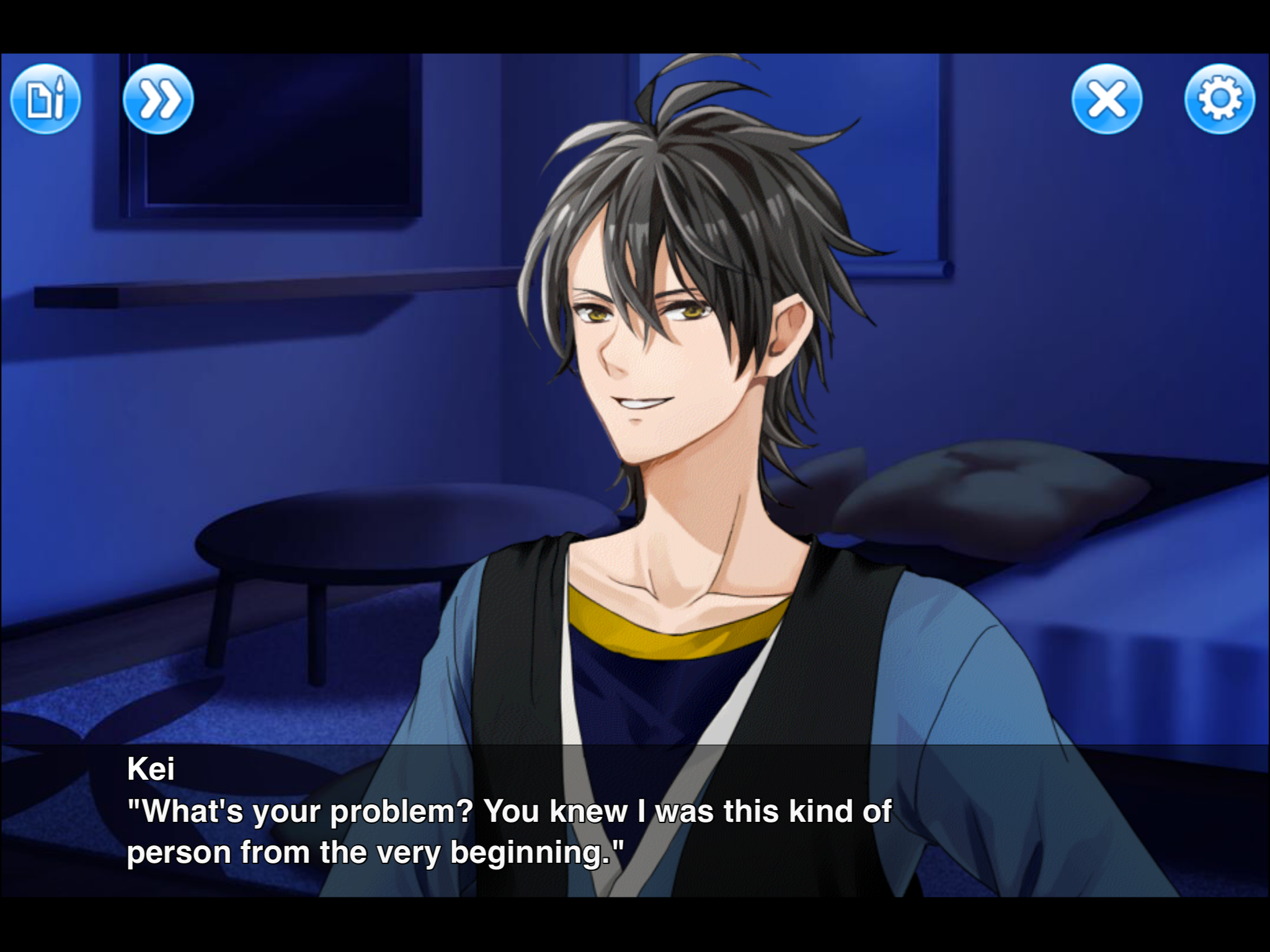 He then presumes to fuck her brains out, while she begs him to stop…then the weirdest thing happens, I don’t know if it was a glitch in the game or what, but he calls all of his side hoes and tells them he’s a one woman man now. The MC, who can’t believe her fucking luck, takes this as a sign that he truly loves her and decides to go back to him. The next day she explains the situation to Soh who berates her for being a fool (I had a stronger word, but I can’t anymore). But, she insists that he loves her and everything will work out in the end….

What made this whole thing worse was the fact that the MC is aware of how fucked up this situation is! She knows and it doesn’t even matter! Then she and Kei share super luv luv time as a happy couple. Kei’s shitty acting rears its ugly head again, but with the MC’s help he learns how to act again no problem. However, his brother Soh’s acting has gotten worse all of a sudden, so he asks the MC to help him with a job, making Kei jealous. Apparently Soh is in love with the MC too….I can’t believe my luck, a love triangle of all things, way to kick a girl when she’s down… add a poorly written and futile love triangle to the mix! I think I’ll cry now, this is what I wanted from the beginning, for someone…anyone to save me from this monster, but alas Soh is too little too late! This is where I finally rage quit the game…I just can’t finish this… I feel so used and dirty now. Kei is a horrible character and the MC is a fucking idiot! I kept hoping that either Soh or Akira would come and put me out of my misery! No matter how many wrong choices I picked the plot stayed the same…

So if you haven’t already guessed it I absolutely hate this route! Kei is a piece of trash and the MC is a delusional twit…After this I’m not even sure if I want to play the other routes in this game…

Have you ever played a game that made you sick to your stomach? Let me know in the comments section, I need a good laugh after this tragedy. Thank you for reading this rage filled review! I promise the next review will be better!