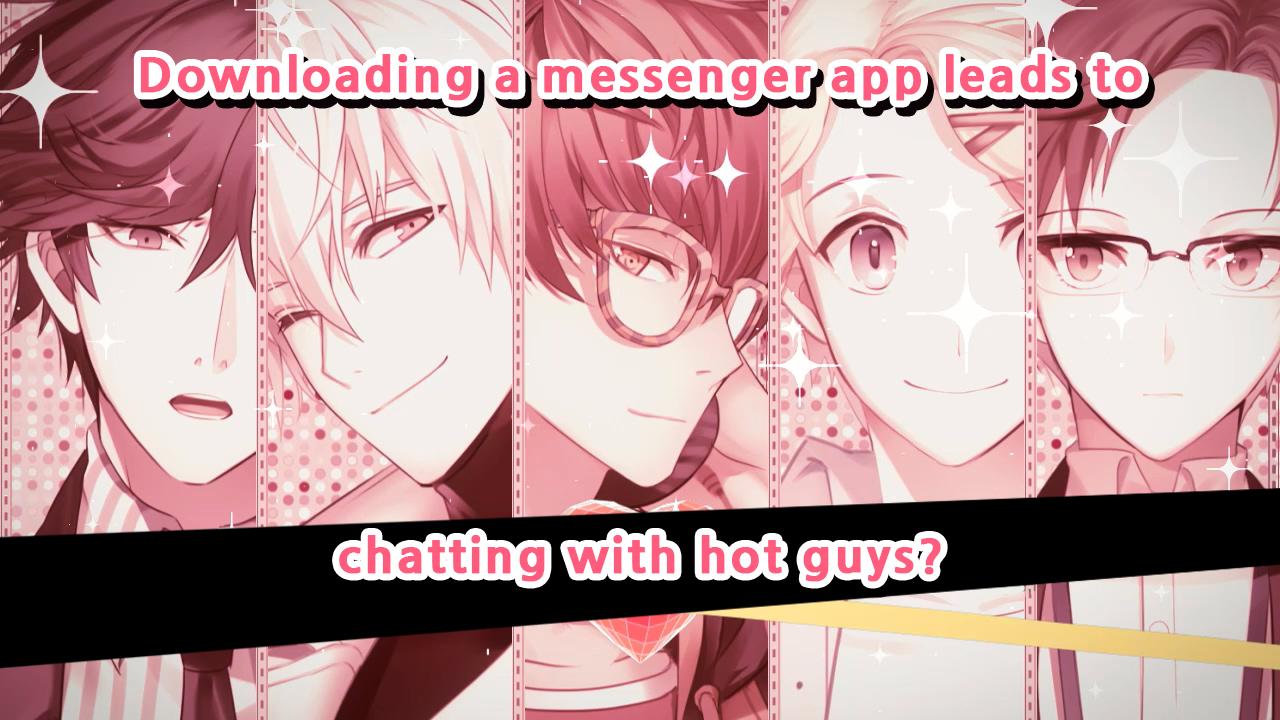 Mystic Messenger is a free to play real time mobile game from Cheritz, the company behind PC otome games Dandelion- Wishes brought to you and Nameless- The one thing you must recall. In the game while looking for a new game in the app store, the MC (you) accidentally download a strange messenger app. Upon opening the app, you are immediately pulled into a chat with a mysterious user named Unknown, who instructs you to go to a certain address. Once there your phone logs in to a secret chat room filled with hot guys and one super awesome gal (outside of Zen’s route). From there you are asked to join the R.F.A., their secret party planning group.

I want to get this out while it’s still fresh in my head. I just cleared Zen’s Good End on my first playthrough of the game. I’ve spent 11 sleepless nights on this game and I have a lot to say about the game…

There are two types of routes in Mystic Messenger and each of the five potential love interests fall into one of the two routes; Casual Story or Deep Story. The Casual Stories are pretty chill, focusing less on the mystery aspect of the plot and more on the romance/love interest specific conflicts. The Deep Stories on the other hand, delve into the mysteries surrounding the RFA members and Unknown. 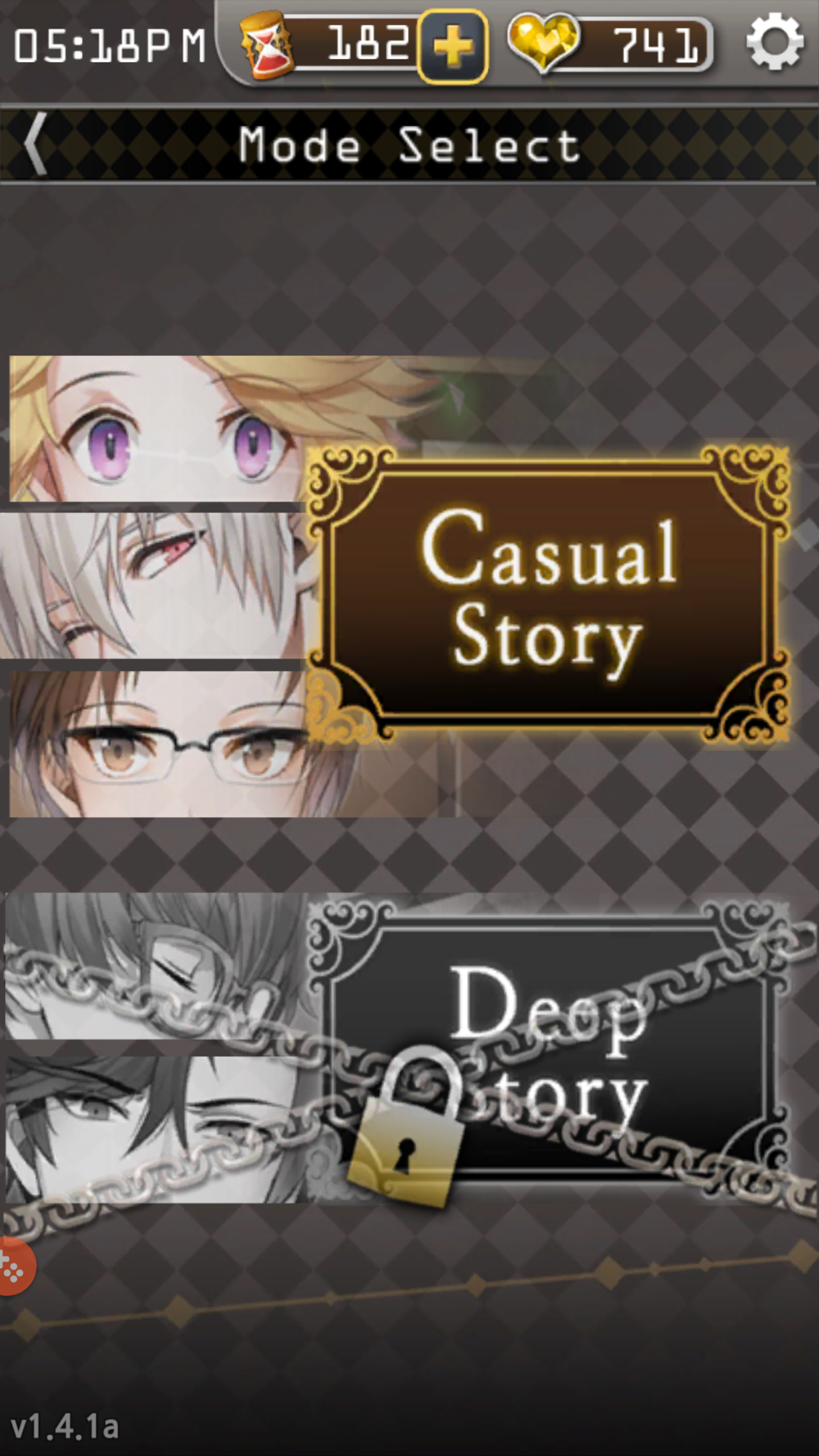 Zen, Yoosung, and Jaehee all fall under the Casual Routes, while Jumin and 707 (Seven) fall under the Deep Routes. The Casual Routes are available from the start, but the Deep Routes require 80 Hourglasses to unlock. While each individual route serves as a self contained narrative, there are some aspects of the story that can only be uncovered by playing all of the character routes in the game.

From Cheritz’s first game announcement, I knew which character was going to be my bias… From the moment I laid eyes on him I just knew I had to make him mine and nothing was going to stand in my way… What I didn’t account for was that his route would be the most spoiler heavy route in the whole damn game. So I had to forsake my beloved 707 in favor of Zen…

…and the game dangled Seven in front of me like a prize ham all through my playthrough of Zen’s route. I don’t need to play the other character routes to know that Seven is the best boy! He just stole the show, every time I saw his name on one of the chats, I just knew I was in for a good time! There were times where I found myself unconsciously choosing any choice that would bring me closer to Seven. With his snarky attitude and his constant trolling he hacked his way into my heart!! As for the others…

Instead of relying on extended visual novel scenes most of the gameplay in MM involves interacting with characters using a mobile app interface. I was a skeptic, I’l admit it! When I found out that the game took place through a series of real time chat rooms, I was not very enthusiastic. Boy was I wrong, those silly chat rooms were strangely addictive! Though if I’m being honest I was half asleep during the first few chat rooms, but once I got used to the system (ie. lack of sleep) I really started to look forward to them.

Now the two features I wasn’t especially sold on were the Message feature and the Call feature. The Messages were more of an annoyance than anything else and I really could have done without them. Then there are the Calls… I liked that I could call the various characters and actually hear their voices however, I didn’t see any benefit to to them. Did they raise affection? I never got any Hearts or Hourglasses, so I didn’t really see an immediate payoff from participating in calls. Now, if I could actually talk to the characters, by saying pre-determined phrases or something like that, I think I might have liked the feature a bit more.

Last but certainly not least are the in game items; the Hearts, which measure affection points and the Hourglasses, which are  like currency in the game. Hearts are easy to get, just answer character specific questions correctly and you’re good. At the end of the each playthrough, you can trade Hearts in for Hourglasses (100 Heart: 1 Hourglasses). But the most important items in MM are the Hourglasses, those things are like gold! They can be used to unlock chats early, replay missed chats, to call characters, and to unlock the Deep Stories. You can earn them for free by participating in chats, but the rate is random, the only sure fire way to gain Hourglasses are to just buy them with real money. But, if you don’t want to drop a ton of cash, don’t waste the free ones on Calls…

The game is well designed and everything was clean and easy to use. The character designs were nice, but they don’t really come into play outside of the brief visual novel segments. I loved the cute animated stickers and stylized text boxes used in the chat, they really added an extra layer to the chats that made them feel more interactive.

The music was cool and I swear, I had the opening theme stuck in my head for days! It got so bad that I started hearing it in my sleep! Oh wait, that might have been another 3AM chat room notification! The late night/early morning chat rooms were the worst those first few days! I had to take so many naps throughout the day just to make up for all of the lost hours of sleep. There were days when I almost called it quits just so I could get a good night’s rest, but I stuck with it and the payoff was… worth it? I’m not sure…let me sleep on it for a day or two and I’ll get back to you! 😛

The play order that was suggested to me is: Zen, Yoosung, Jaehee, Jumin, and 707. So next up for me is Yoosung, but I’m still tempted to skip straight to Seven’s route.

Have you played Mystic Messenger? Or are you just following the fandom on Twitter/Tumblr? What do you think about it? Who is your favorite character? Let me know what you think of the game in the comments section! As always THANK YOU for reading!!!

14 thoughts on “So You Wanna Chat with Hot Guys… There’s an App for That: Mystic Messenger- First Thoughts”