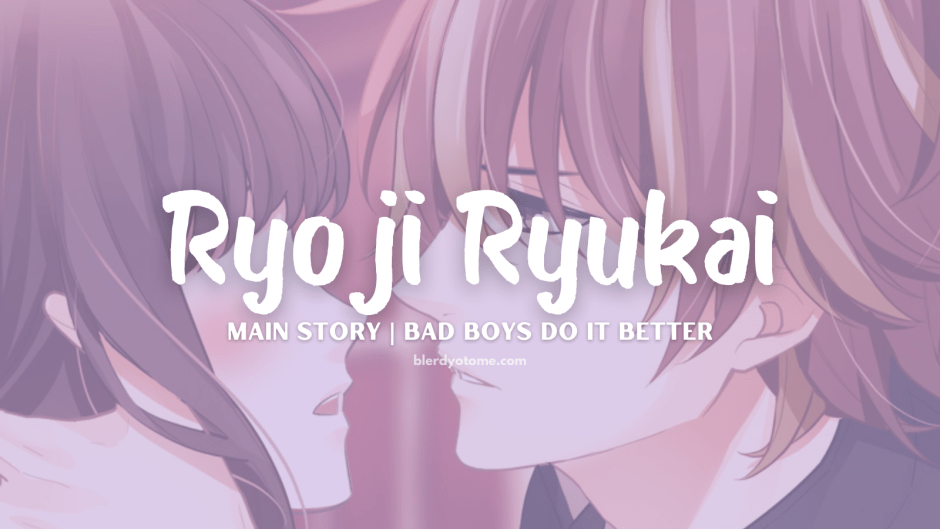 The MC thinks Ryoji is a nice guy after he saves her from the rowdy group of guys during the events of the prologue. But when she meets him in the dorms, his personality does a complete 180. Ryoji has a reputation for being the resident tough guy of the school. He relies on his fists to get him out of most situations. But, underneath his rough exterior is a surprisingly gentle guy. Ryoji’s route in Bad Boys Do It Better is definitely cute high school fluff.

So far Bad Boys Do It Better, has been hitting it out of the park with these love interests.  Rei’s route was definitely better than this one. But I still appreciated how genuinely sweet the story was in this route.

So when the power goes out at the dorm, the MC feels someone groping her in the dark. I immediately I feared I had accidentally stumbled upon Akira’s route instead of Ryoji’s. When the lights turn back on the perpetrator is revealed to be Ryoji. After a bit of ribbing from the other housemates. Tsunderella Ryoji owns up to his transgression and runs off to his room for a good sulk. But, it isn’t long before the MC and Ryoji are butting heads again, this time over Ryoji’s obnoxiously loud music.

When the MC confronts him about it he turns the volume of his music higher and slams the door in her pretty little face. I have personal experience with roommates who like to blast their music late at night. And let me tell you, it’s a pain in the ass to deal with. Especially when the roommate is a jerk about it, so I felt the MC’s pain on a spiritual level. The other housemates assure the MC that she will eventually get used to it. Her health takes a nose dive and it’s only after she passes out in class due to lack of sleep that Ryoji amend his ways. He becomes noticeably kinder towards the MC, and his late night music playing stops completely.

Ryoji acts like your typical bad boy, he skips class and constantly gets into fights with other students. He’s often challenged to fights by other classmates. So he usually comes to class pretty banged up. On top of that, Ryoji is the token tsundere character, so his moods are all over the place. One minute he and the MC are conversing like normal human beings. The next he’s yelling at her about being an idiot. When he manages to muster up the energy to be a halfway decent person, his actions are clumsy and a little heavy handed.

Ryoji acts exactly how you’d expect a high school boy to act around a pretty girl. He wants her to like him. Ryoji just doesn’t want everyone else to to know that he wants her to like him. If the others were to find out he was going soft because of a girl, it would lead to unwanted rumors and jokes. His tough guy act is completely lost on the MC who, chooses to see his softer side.

Ryoji tends to get easily flustered (he has the cutest blushing sprite). He’s also extremely sensitive and kind though he rarely shows this side of his personality to others. Despite his macho man attitude, Ryoji is surprisingly knowledgeable about plants. When he isn’t fighting, Ryoji can be found pruning the potted plants around the school. Ryoji even keeps a few small plants in his room. When the MC finds out about his hobby she uses it to blackmail him into helping her take care of the school’s outdoor flowerbed.  While working together the two learn more about each other and become closer.

He realizes his feelings for the MC fairly early in the story. But it isn’t until about halfway through the story that he actually acts on them. He is adorable when he falls in love, Ryoji becomes a flustered, sputtering mess and I loved every minute of it. From the way he sneaks glances at the MC in class to the shy way they hold hands on the walk to and from school, their relationship is just dripping with first love sweetness! I loved how possessive he is of the MC (even before he confesses). There was this really cute moment when he and fellow tsundere, Ichigo from Dreamy Days in West Tokyo have a bit of a stare down when he catches the guy ogling the MC.

When he opens up to the MC about his feelings Ryoji becomes a changed man. He stops getting into fights and he starts going to class. He becomes much more serious about his future, but most importantly he learns that it’s okay to rely on others for support. During the “main” conflict he learns that he can’t always shoulder all of his burdens alone, and that it’s okay to ask for help when he needs it.

Thoughts on the MC: When love takes root

I dunno what happened, but this MC took a bit of a hit in the brains department. Unlike the self aware goddess we got in Rei’s, this MC was a bit of an air head. Don’t get me wrong she was just as spunky as the MC from the other route. Often she would stand up to Ryoji when his inner jerk showed up. I guess Voltage decided to tone her down so she fit better with Ryoji’s strong personality. But in doing so she lost a bit of her charm. Which sucks, but what can you do… Aside from that I do want to commend her for putting up with all of Ryoji’s BS, and for having the balls to blackmail him into helping her.

No matter how many times he yells at her or tells her to go away, the MC stands her ground. She never gives up on him, even when he isn’t too confident in himself. There are several times when she sticks it to the school administers on his behalf, even if most of the crap that came out of her mouth was useless dribble, it’s the thought that counts. Also this girl deserves a medal for dealing with all of those boys confessing their undying love for her.

I dunno if I missed this in Rei’s route or maybe the love quadrangle distracted me, but I don’t remember her receiving that many confessions in the other routes. While I’m on the subject of unwanted attention, Akira is even worse in this route than he was in the others. I really wanted to punch him in the face every time he opened his filthy mouth. But, I will admit that outside of Nana, he was the MC’s main source of support during the route, and he’s actually not such a bad guy in that respect.

Do I Recommend Ryoji’s Route?

Yes and no. While I did enjoy Ryoji as a character, his overall story fell kind of flat for me. The two conflicts presented in the story were rushed and not enough time was spent fleshing them out. So there is never enough time to really get invested in anything going on. The first half of the route dealt with Ryoji’s constant fighting, but I didn’t really feel like that aspect of his personality needed an explanation.

Come on Voltage, this is the kind of story you cram into an Epilogue or a Sub Story, not a Main Story. Then there was Ryoji’s daddy issues, now this is where Voltage should have put all their focus! But, no, I had to sit through this half-assed excuse for a plot, just for the sake of character development. *sigh* This was just poor execution on Voltage’s part, and Ryoji really too a hit because of it….

There are two endings for this route, the Teenage Dream Ending and the After Class Romance Ending. Both are wonderful, in the Teenage Dream End, after clearing up the mess with his father the MC and Ryoji return to the dorms together. Once there he demands that she follow through on her promise, by confessing her feelings for him. But, before it can get to the good part, all of the other housemates bust in, successfully ruining the mood. The next day he and the MC go to their secret flower garden and share an intimate moment alone.

In the After Class Romance End, Ryoji stands up to his father and returns to school, once home he and the MC confess their feelings for one another. The next day at school he announces to the entire class that the MC is his girlfriend, so “hands off”! Later that day Ryoji presents the MC with a bouquet of flowers and they share a sweet kiss.  To be honest I prefer the  Teenage Dream Ending, because, location is everything and a big damn kiss among a sea of flowers is the ideal confession spot!

Despite being your average Voltage tsundere, I really liked Ryoji as a character. Like, Rei before him, reminded me just how cute high school romances can be. I found myself really enjoying his awkward and heavy handed wooing of the MC. He is a great character, it’s just a pity his story was so poorly written, maybe the writing will get better in his subsequent routes. So in the end, I can’t in good conscience recommend this route. But, I want to stress that it’s not because of Ryoji (he was great), the route’s story was a mess and I really hope that Voltage does right by him in his future stories.

5 thoughts on “Bad Boys Do It Better | Ryoji Ryukai Review: The Arrogant Delinquent Who Stole My Heart” 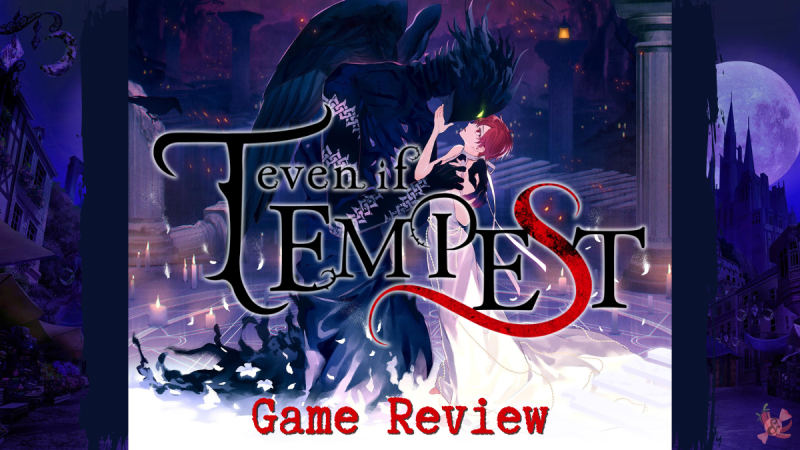