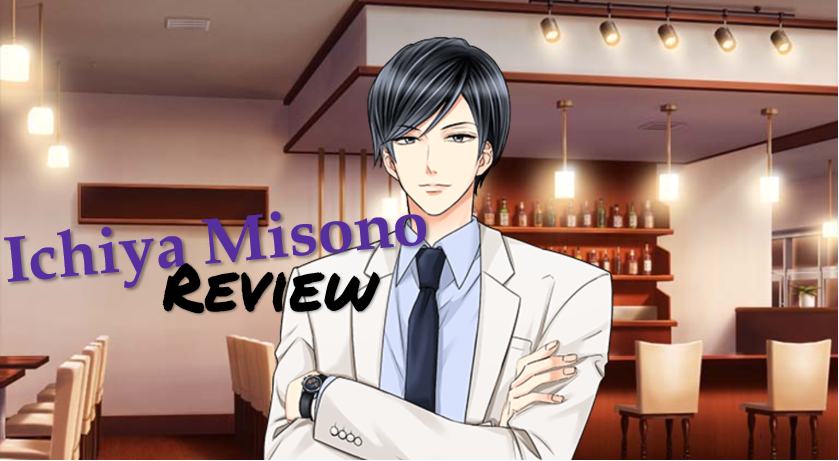 Here we are with my second attempt at an epilogue review to hold you guys over while I work on some main reviews. This story takes place immediately after the events of the Main Story and it focuses on the MC and Ichiya’s transition from “enemies” to lovers. The story serves as the epilogue to the Main Story and consists of three chapters. It also comes with it’s own special image.

The concept cafe project was a huge success, now that her work has calmed down a bit the MC is expecting to bask in the after glow of her long awaited rose-colored romance. She can’t wait to take the next step with her new beau and finally spend luv-luv time together as a couple. Unfortunately for our innocent MC, now that the project is over, she and Ichiya see less of each other. Due to the success of the cafe, Ichiya’s company, Air has seen an influx of new projects leaving him swamped with work. So much for some relaxing romantic time together… When they finally do get time alone together,  Ichiya is the same snarky bastard he was before the relationship. But, what did the MC expect… sweet words? Flowers? Ichiya was never one for romantic gestures, he’s much more subtle in the way he displays his affection for the MC. So when he suddenly invites the MC out to their recently completed cafe, she assumes it’s a work related excursion. But is that all that it is?

This couple takes it’s complicated to a new level. After years at each other’s throats Ichiya and the MC have finally managed to put the past behind them in order to pursue a romantic relationship. However, not much has changed since the end of the Main Story. Much to the MC’s dismay, Ichiya is still the same shade throwing workaholic he’s always been.  On top of that the MC seems to have regressed to a shadow of her former self. Like the main story, Ichiya’s It’s a Date story had the same “one step forward, two steps back” aspect, but oddly enough it was much easier to swallow this time around. Unlike most new couples, Ichiya and the MC have to undo years of damage before they are able to fully move forward with their relationship, which isn’t going to happen over night. So it seemed perfectly normal for both characters to fall back on their old habits from time to time. In fact, it was refreshing to see that confessing their feelings for one another didn’t magically clear up their previous issues. 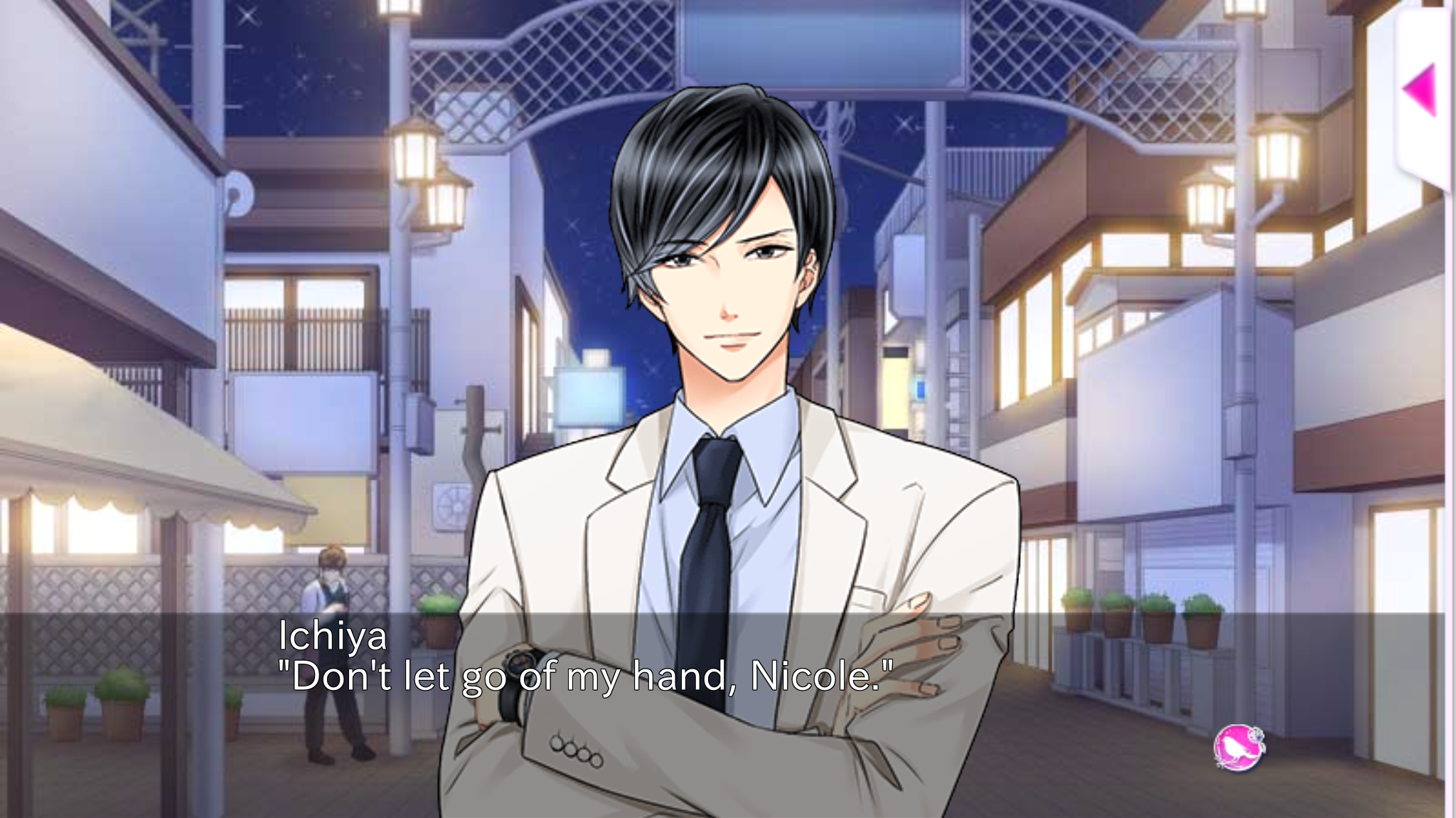 Ichiya and the MC have a lot of work to do if they want to make their relationship work. They have to re-learn how to interact with one another, and for that to happen both characters have to communicate. All of the conflict and the misunderstandings in this story could have been avoided if both the MC and Ichiya had taken the time to talk to one another. On the other hand I did appreciate the subtle changes in their relationship, despite their dismal communication skills, the MC and Ichiya take some big strides in their relationship during this story. Ichiya becomes much more expressive about his feelings, even if he didn’t go about it in the best way (arguing solves nothing). Plus it was cute to see Ichiya’s and the MC’s awkward attempts at romance, even if they didn’t always achieve the desired results.

Overall, I really enjoyed this route. I appreciated the fact that the story focused on the small steps, both the MC and Ichiya take in their relationship. In the end I highly recommend this story, because it doesn’t give us an idealized relationship. Instead it gives us a realistic (as far as otoge are concerned) look at how complicated relationships can be.

Have you played My Last First Kiss? What do you think of Ichiya? Are you excited about the other routes in the game? Do you have any game suggestions for my next review? Any specific characters I should try out? Feel free to let me know in the Comments Section or Ask Me on my tumblr! As always Thank You for reading!