Disclosure:  I only recommend products and games I would use myself and all opinions expressed here are our own. Some of the posts on this site may contain affiliate links that at no additional cost to you, I may earn a small commission.

Before I start singing the praises of the genre here is a brief overview of some BL/Yaoi basics….

Yaoi, aka Boy’s Love (as defined by wiki) “is a genre of fictionalized media focusing on romantic and sexual relationships between male characters, typically aimed at female audiences.” Yaoi is a more sexual off shoot of shounen-ai, which depicts more tame male-on-male relationships. Most BL and yaoi focus on men, with little or no female presence within the plot. Male characters are plentiful and fit into one of two categories: Seme or Uke.

Semes usually, but not always display masculine characteristics. These men are referred to as the “tops” and are the dominant participants in the relationship. These characters are often more aggressive than their partners and are the ones who “give” during sexual intercourse. These men are usually strong, well built specimens who appeal to both men and women, and are often seen pursuing their uke.

I generally like confident and imposing semes, but that’s just me. It’s even better when the seme has a cute side that only his uke gets to see. There is something sexy about a man blushing that gets me all hot and bothered…now put some glasses on that seme…

Ukes on the other hand are the “receivers” or bottoms. They are often more feminine in appearance and physically smaller than semes. These characters are often more reserved than their partners, rarely pushing the relationship. Most BL is told from their perspective giving insight into their thoughts and feelings, making them more relatable to the reader. Seme/Uke roles can be both permanent and impermanent with some couples choosing to reverse roles within the relationships (I personally like this). Also age has no bearings in who is a seme and who is an uke. Semes can be younger than their partners and ukes can be older and vise versa.

I prefer manly reluctant ukes, like Ranmaru from Iroku Irokoi Romantan. Someone who can go toe to toe with his partner and isn’t afraid to speak his mind, but is still hesitant to start a physical relationship. Or the flighty reluctant uke, like Takaba from the Finder series who is afraid of his budding feelings for the seme, so he runs away. Of course they come back, but the internal conflict really adds depth to the relationship without being too unrealistic. However,if the uke looks too much like a girl I can’t really get into it.

Where I Stand on the whole Yaoi/BL Thing…

Okay, so Yaoi/BL is not all sex…it can be…but not all of it is hot sexy man on man action…there’s plot too. Sometimes you have to look really hard to find it, but it’s there… 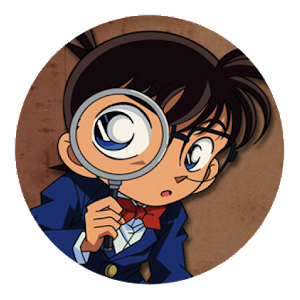 How I feel looking for the plot in BL …

I tend to enjoy BL that has a bit more substance to it (though Ayano Yamane’s Finder series is my guilty pleasure), I like watching the main couple interact outside of the bedroom. Good examles of this are Don’t Blame Me by Yugi Yamada and later half of the Finder series. By fleshing out character details the author add value to the relationships, which in turn makes the smut that much more gratifying. I especially love watching a particularly stubborn/ flighty uke finally succumb to the advances of his seme love.

There is just something exciting about two bishounen finally putting their issues to the side and admitting their undying love for one another. I also like seeing a supportive and realistic extended cast of characters, to give the relationship some real world context.

Now while enjoy BL there are some things I can’t stand.

I hate triangles….love triangles are the bane of my existence. Sure some help boost the relationship and add a little drama to the plot, but most of the time they are just annoying interruptions (and that goes for any genre). I mean come on, it’s not like the uke is gonna leave his seme for an elevated extra, am I right!?

Shotacon makes me cringe…I was so shocked the first time I read shotacon, it’s something you just can’t unsee…EVER! There is just no tasteful way to execute it to make that type of relationship okay. But the number one thing that I abhor in BL are super girly ukes…If I want my seme to be with a girl I’ll read a shoujo, not a BL. Now some ukes, like Shuichi from Gravitation had me confused, I could have sworn he was a girl…I mean he has pink hair for Pete’s sake…It was only after my brother (8 at the time) walked in the room took one look at the TV and asked, “Are those two guys kissing?” that I realized my mistake….

Lastly, there is a special place for slash pairings….I respect the work, but if its not canon I can live without it (except maybe Levi/Eren artwork…that’s ALWAYS sexy).

So how did you discover yaoi/BL? What was your first series/title? Do you have any suggestions for posts? Any burning questions? Want me to review a specific game, manga, or anime? Feel free to Comment on this post or Ask Me on my tumblr! As always Thank You for reading!

Hey Blerdy Tribe, it's the last #MelaninMonday of #BlackHistoryMonth and today, I'm covering the queer positive sci-fi visual novel about climate change, classism, w/ a dash of romance! Check out The Sky Left Us from @ratwormgames!
Some #mondaymotivation courtesy of Tyler from Sifting Thyme!
The weekend is officially here, time to finally get some much needed downtime!
Made Marion is an upcoming fantasy indie otome game and the debut title of indie studio, Velvet Cupcake. The game is inspired by the stories of Robin Hood, but rather than the following the exploits of the legendary hero, his leading lady Marion takes center stage in this twist on the English folktale. Set in the land of Avalon, a land filled with magic and adventure, Made Marion offers a wholly original story.
Full disclosure, I bought this game without having read the synopsis or the character bios–I saw the pretty art, the BL tag, and that it was on sale for $9.09 (the perfect alignment for an impulse buyer, such as myself) and I threw my money down. So, I didn’t vet this game before buying and surprise, surprise, this game isn’t exactly “high art”, but there is some enjoyment to be had from a “bad” game and My Dangerous Life is a trainwreck I just can’t help but watch…
Giving the cooking indie otome SiftingThyme a try and it’s super cute! #siftingthyme #otomegames #nochistudios