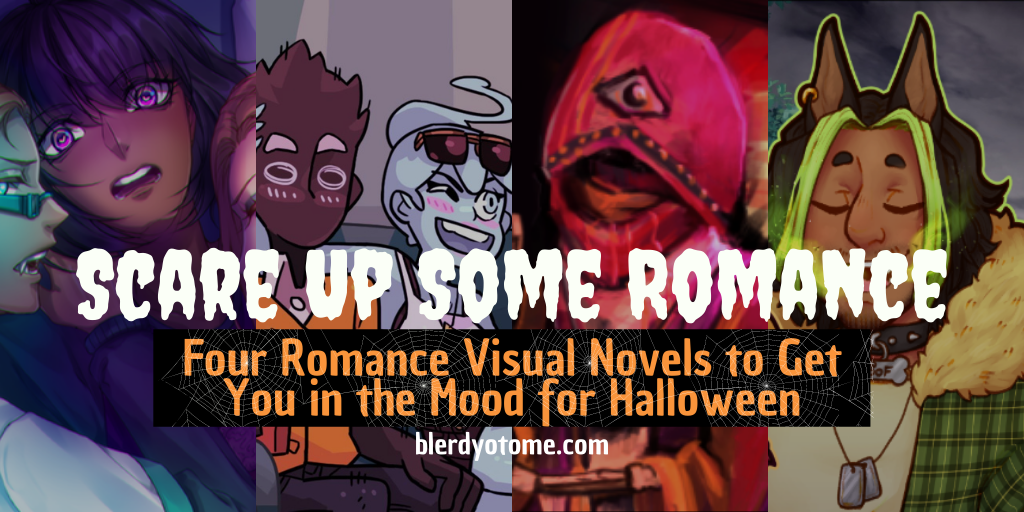 October is upon us once again and even though we’re all stuck inside there’s still plenty of spooky good fun to get into at home. I’ve been using the extra time to check out a few new games and since Halloween is right around the corner, I figured this was a great time to spotlight four spooky romance visual novels to get you in the mood for the spooky season! 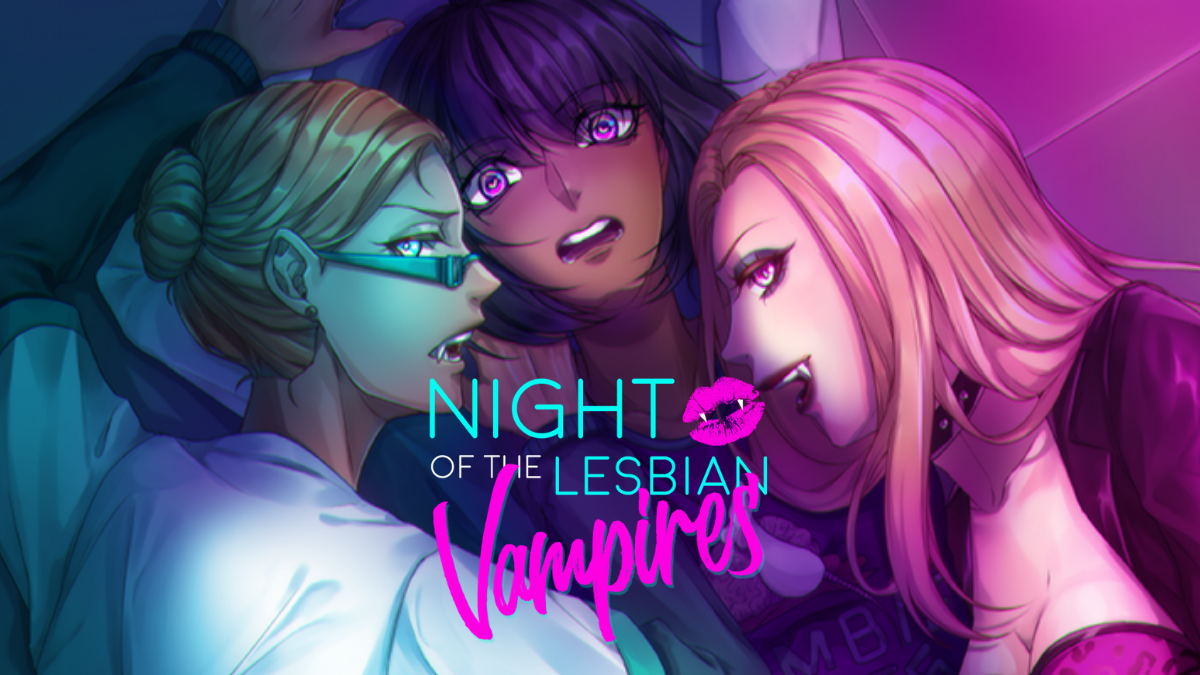 Night of the Lesbian Vampires

Where to play: itch.io

After a successful blood donation drive, Mina is left working the graveyard shift on Halloween to catch up on all the paperwork. In the middle of yearning for her cheesy VHS rentals and the comfort of her pet rats, she hears something – someone? – outside. It’s two people- or rather, two vampires, both demanding a bit of blood.

Once that small, sorta shady, detail is over with… Mina thinks she can go back to work.

However, the night isn’t over yet!

Night of the Lesbian Vampires is a short yuri supernatural romance visual novel developed as a collaborative effort between several indie game developers (Jaime Scribbles Games, Odd Lazdo, Akua, A Jen Bird, FirahFabe, tofurocks, Poxnixles, and PMscenarios)  for the Spooktober 2nd Annual Visual Novel Jam. Romance one of two female vampires babes who might be after more than your blood! The game features full English voice acting and while things get pretty steamy, Night of the Lesbian Vampires is safe for work! 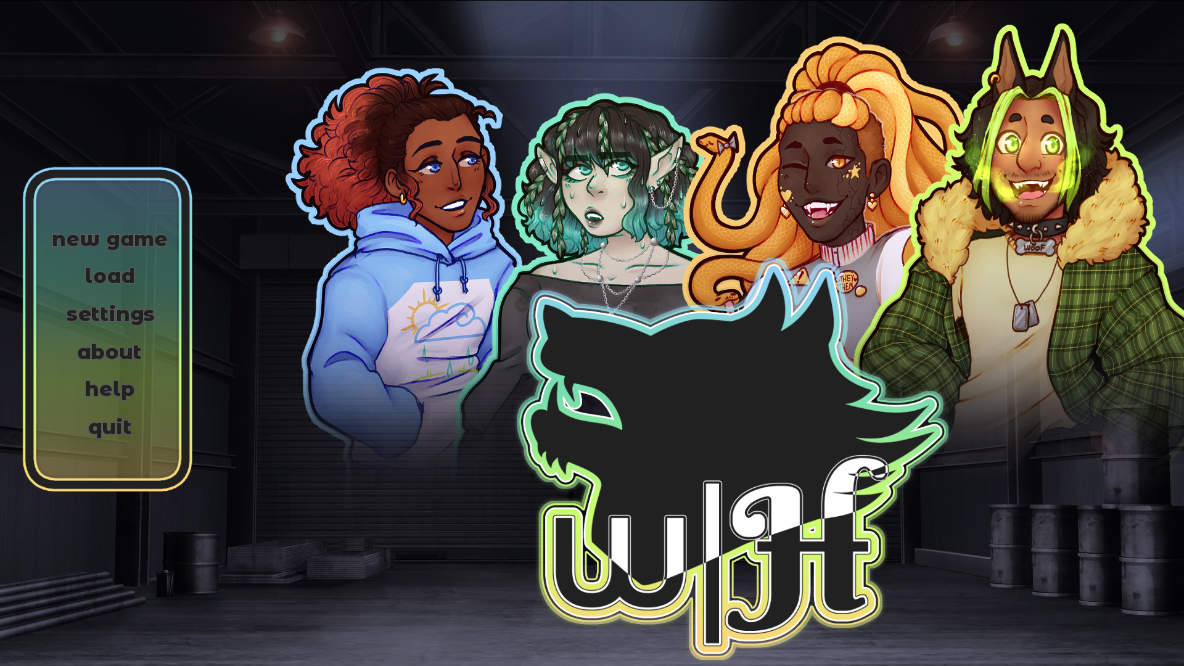 Where to play: itch.io

What if the monsters in the haunted house weren’t just wearing a costume…?

By accident, Dori stumbles across the monstrous secret behind popular haunted house, the Were|House – and then they get roped into working alongside the crew on Halloween night!
A job’s a job, right? But will Dori make it through three days of hard work preparing for the big night – and will they grow closer to any of the monsters…?

WereHouse is a short supernatural romance visual novel developed by Sad Ghost Studios for the Spooktober 2nd Annual Visual Novel Jam. This is a fun short LGBTQ+ positive visual novel where you can date three monstrous love interests: werewolf Cormac, kelpie Morag, and gorgon Esseth. You can also decide your pronouns and pursue each love interest regardless of orientation or how they identify. Help this otherworldly bunch run their haunted house and maybe find a little love along the way. 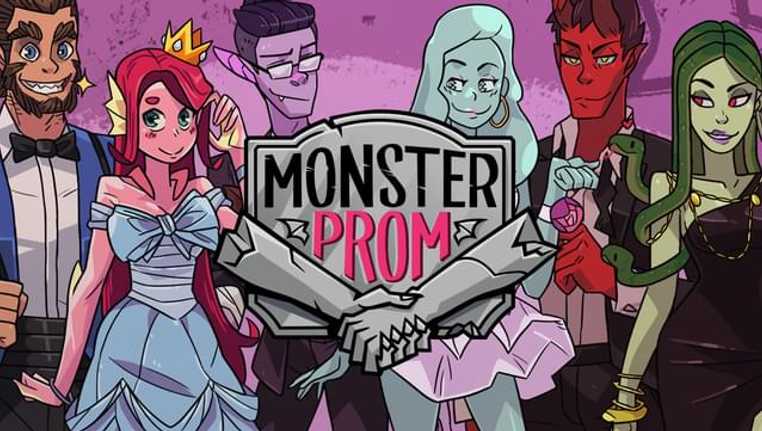 Where to Play: Steam | Nintendo Switch | PS4 | XBox One

There’s only 3 weeks left before prom and you haven’t got a date yet..and you’re a monster. But that’s okay ‘cause at your high-school everyone else is too! These are the stepping stones into the world of Monster Prom, a one-to-four player competitive dating sim that has you thinking: I never knew I was into that!

Choose your own adventure and get all the way to your special monster’s heart before anyone else does, take personality quizzes to determine your stats, get into all kinds of funny and absurd situations to seduce your sweetheart and find out more about yourself than you or your friends ever knew.

Monster Prom is a supernatural comedy dating sim developed indie game studio, Beautiful Glitch. Unlike most dating sims, Monster Prom can be enjoyed as a single-player or as a multi-player (up to 4 players) experience. There are 3 weeks until Spooky High’s prom and you don’t have a date?! Choose between 6 outrageously entertaining monstrous love interests and participate in over 100 events and situations. Romance anyone you want regardless of gender—in Monster Prom you craft your own adventure!

Where to Play: itch.io

Welcome, wicked creature of the night, to the Unholy Masquerade – a night of decadence, perversion and mystery. Who do you choose? And who will go willingly with you into the night?

Kill Your Darlings is a short horror dating sim developed by ThetaNord and classheikki for the Spring 2019 Games Now! Jam. This is more of a slow burn gothic horror where you interact with three monstrous guests of the Unholy Mascarade: Bahiyya of the Void, Precious, and Lord Gideon Aster. Each guest is eagerly awaiting the arrival of the mysterious Baneful Valentine, a monstrous entity said to devour other monsters. But, who is the Baneful Valentine and more importantly which guest will you take home with you?

This is something of a tradition here on Blerdy Otome, so be sure to check out my lists from previous years:

4 thoughts on “Scare Up Some Romance: Four Visual Novels to Get You in the Mood for Halloween”