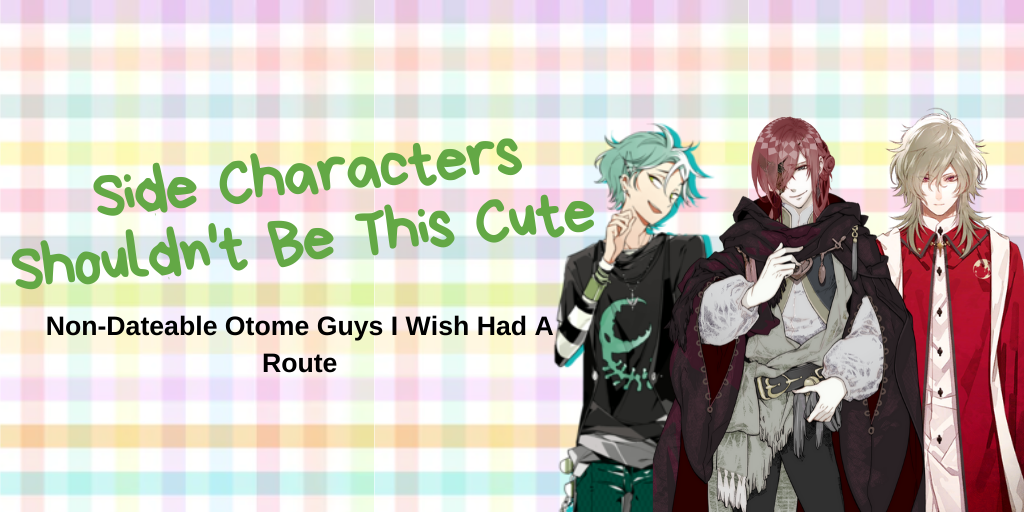 Otome games are filled with beautiful boys, it’s a part of that fantasy to romance your own personal harem of super mega hot guys… But, have you ever come across a really hot guy in an otome game only to discover that he isn’t one of the main love interests?! You know what I mean, that really really ridiculously good looking side character that makes you wanna renounce LI bae and run off into the sunset with this no-name Joe. It’s unfair to have a good looking side character, because no matter how much they make your heart flutter, he will forever just be a beautiful gem sparkling in the background.

Meanwhile elevated extras like Demento from Period Cube get half-assed excuses for routes, while a perfectly attractive and approachable side character is right there, just out of reach! So, that got me thinking…  about some of my favorite unobtainable otome side characters. The boys that deserve so much more love, but alas, are just out of reach. Sometimes we’ll get lucky and they’ll get a route in one of the ports or fandiscs, like Finn from Steam Prison who didn’t have a route in the original PC release but got one in the Vita port or Sannan who was recently elevated from tragic antagonist/ally to bona fide love interest in Hakuoki Kyoto Winds/Edo Blossoms.

But, for the purpose of this list, I’m just gonna stick to main games and not FDs, spin-offs, or sequels. And if any of these guys do have a route somewhere else, definitely let me know… cus, I need to see my boys in the spotlight for once!! 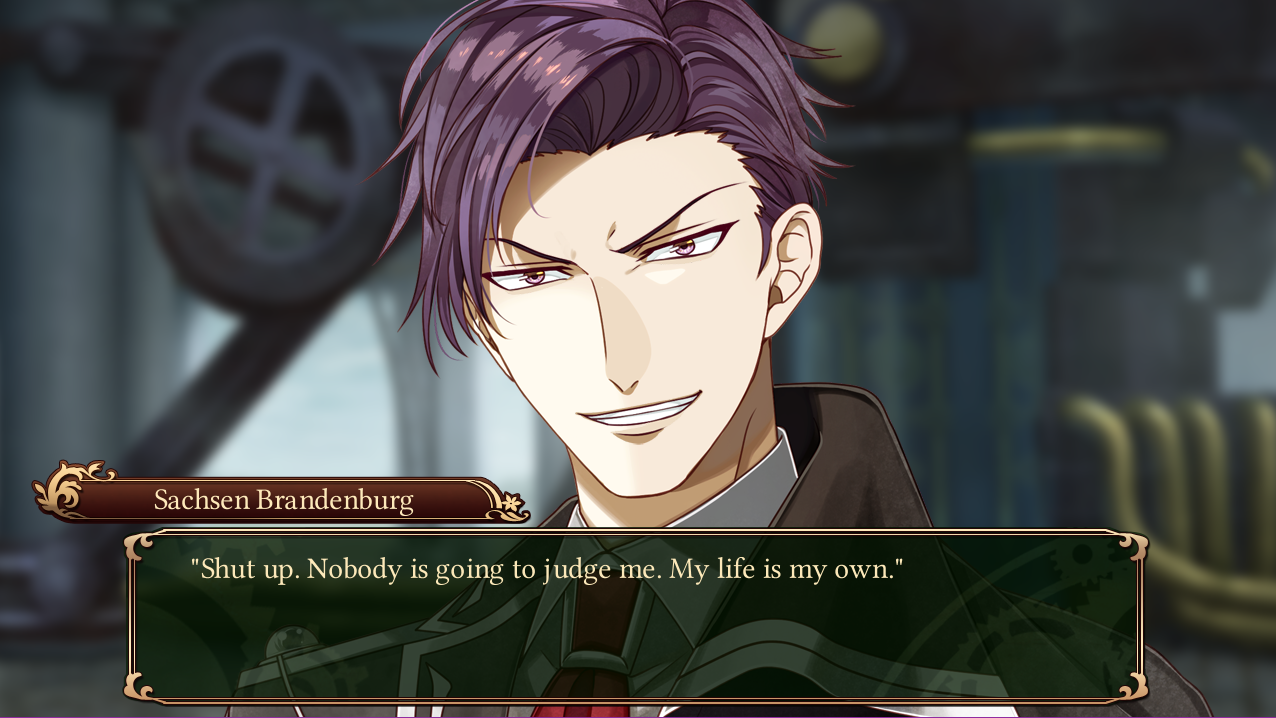 Okay, so I know he’s a bit of the jerk to Cyrus and just about everyone in Steam Prison, but you gotta admit Sachsen is a mighty fine looking antagonist! What is it with the villains being better looking than some of the actual love interests? It’s just not fair!

Imma be real with you there were moments when I loathed this guy, but after the game went into his backstory with the previous head of the Hounds… I wanted to protect him! He wasn’t born bad, it was the world that twisted him and made him the “villain”. He’s just as much a victim as the rest of the people in the Depths and it broke my heart that he could never really seem to catch a break! Sachsen needs love too!! 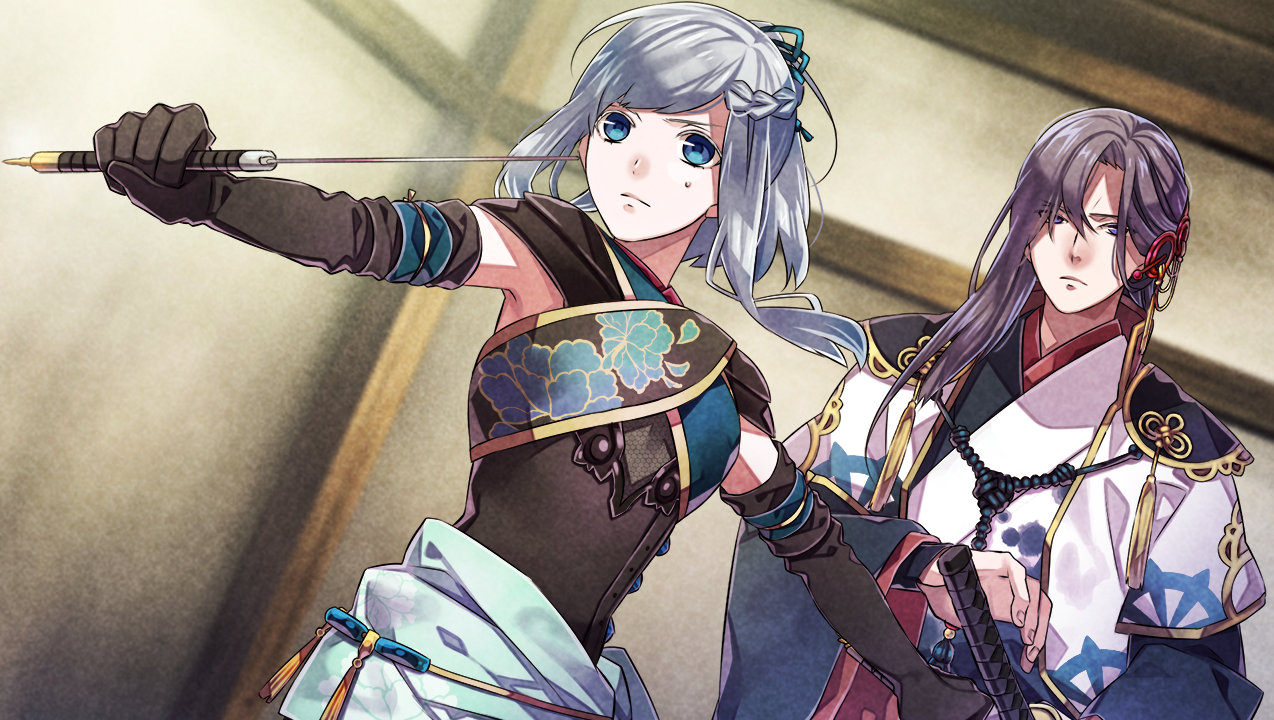 You know it’s gonna be a rough road ahead when you’re more interested in pursuing one of the side characters more than you are the actual love interests. Historical otome games have been known for their bishounen-fication of historical figures… but, Nightshade has Ieyasu Tokugawa lookin’ like an absolute snacc…

Ieyasu is supposed to be this capable warlord who served alongside Nobunaga Oda and a formidable political leader serving as shogun. That’s not to say that he hasn’t done all those things in Nightshade, but with his long flowing hair and delicate features he looks more like someone I’d expect to see in my bedroom and not a war room… 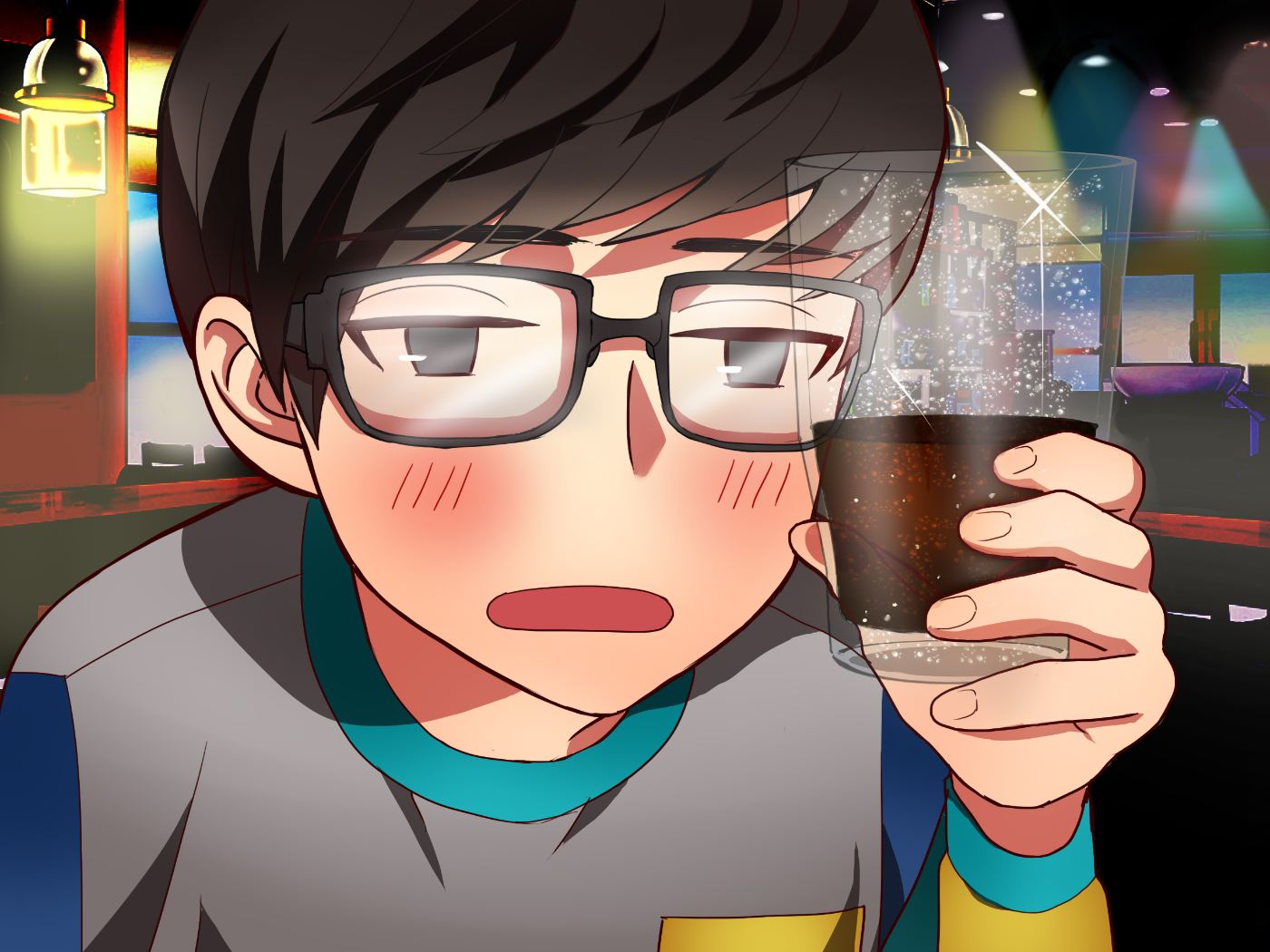 Heejae – Dandelion Wishes Brought to You

There’s no greater tragedy than seeing a fairly attractive guy getting forever relegated to the friendzone! I can’t tell you how many manga I’ve read where the heroine has a good looking best friend right next door, but she’s too caught up pining over the unapproachable popular guy to even notice the tasty morsel that’s been right in front of her the whole time?! Talk about frustrating!

In Dandelion Wishes Brought to You, the heroine, Heejung has a cute male classmate Heejae who is clearly in love with her. But, does she notice the cutie that’s always been by her side? NO SHE DOES NOT! She constantly friend zones him despite him being a total sweetheart and you know what, he’s not even all that bad looking either. He’s kind of plane when compared with the actual love interests, but in a cute boy next door kind of way. Then to add insult to injury, Cheritz gives him a romance ending, but it involves being stuck running his family’s chicken restaurant and it is clear this is meant to be a bad ending… 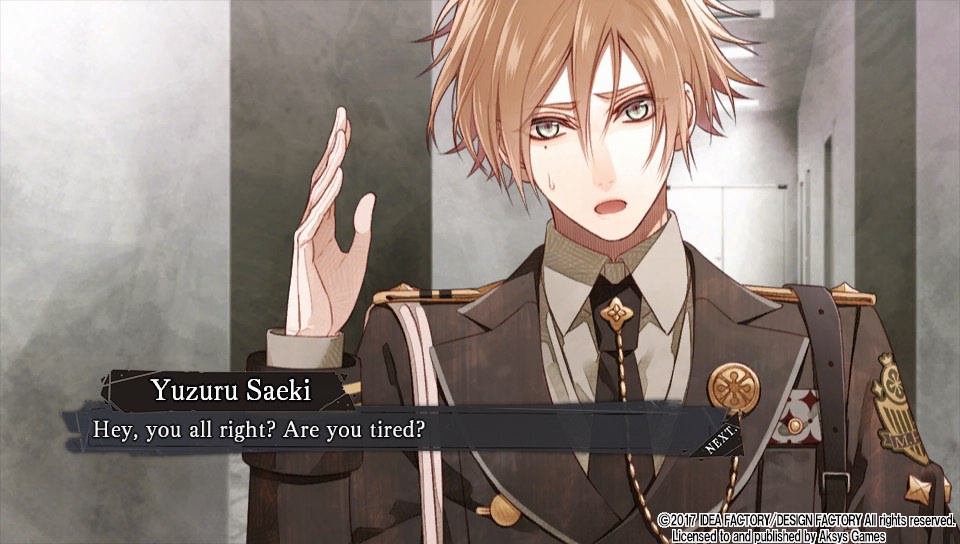 Full disclosure, Yuzuru is the reason this whole post even exists. Yuzuru is another one of those characters that starts off as one of those “good friend” characters that is so perfect for the MC that you can’t understand why she hasn’t tried to snap him up… He’s Ichika’s buddy from the police academy- they go out for drinks occasionally, have inside jokes, and talk about their lives/vent about stuff- it’s a wholesome relationship. There’s really good chemistry between them and its implied that Yuzuru may have some romantic leanings for Ichika, but he keeps it platonic and even encourages her when she starts taking up with the actual LIs in the game…

He’s a real bro for real and it’s nice to see a man and a woman that are strictly just friends… however Yuzuru is HOT. On a basal level you don’t have a really attractive character like Yuzuru and just relegate him to BFFL side character status. It’s just tragic… and his backstory is one of the most interesting in the game too! I won’t spoil it for you, but I would have loved a chance to romance him instead of oh… Yanagi… there is just so much potential for Yuzuru as an LI that is just left untapped in the main game… 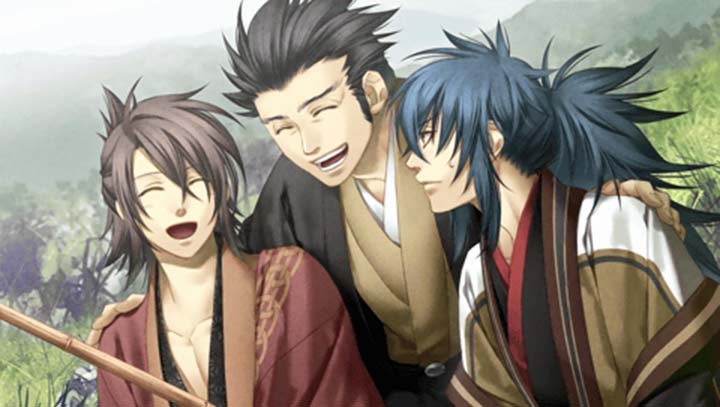 Many a Hakuoki fan has been clamoring for a Kondo route for years, myself included… because who doesn’t want a slice of this Shinsengumi daddy? But, alas he isn’t given a route in any of the main series Hakuoki games. Some folks think it’s because the real life Isami Kondo was married, but Shinpachi was totally married and he DOES HAVE A ROUTE. So, IDK what the reasoning behind the choice was, but it’s a missed opportunity nonetheless.

Plenty of other Shinsengumi themed otome games have Kondo as a love interest, like the Voltage Inc game, Era of Samurai: Code of Love or in the Cybird mobile game, Destined to Love. So it can be done. But, for now it seems I’ll just have to admire this good-natured commander from afar… 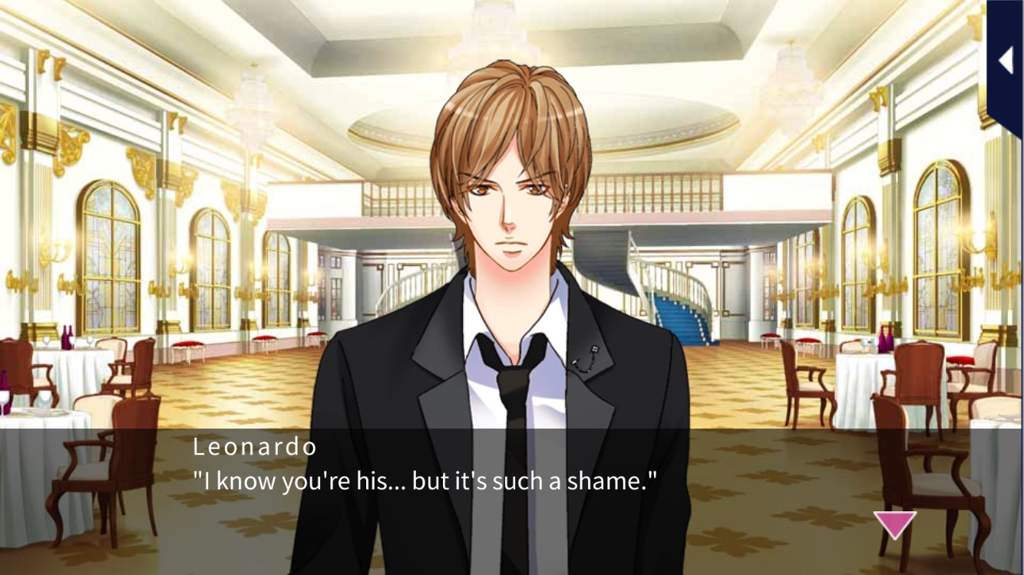 Prince Leonardo of Nerwan Kingdom – Be My Princess

I love Be My Princess, but perhaps the biggest tragedy of the game is that romantic runner up Prince Leonardo never gets a romantic route in any version of the popular mobile otome. He’s a side character in Joshua’s route and kind a political rival in the paid app and a romantic rival in the mobile apps. He’s a prince, but he’s not a part of the Princely Posse and he only really appears in any route other that Josh’s, but he left an impression. Hell, they give the butlers their own “romance” side stories, but Leonardo… is forever unloved and alone.

To give you some perspective Be My Princess was adapted as a Gree title, then it was released as a paid standalone app, then again adapted as a free to play mobile Party app and again for mobile as Be My Princess Love Tiara and I almost forgot to mention there is a sequel paid app, Be My Princess 2 and not once in all those many iterations of the game was Prince Leonardo of Nerwan given his own route! It’s been years since this game is released and I still want a Leonardo route! He deserves to have his own route, especially Party and Gree Leonardo, because he is an absolute sweetheart… it’s not his fault he is up against the best prince in the world—Joshua Lieben. 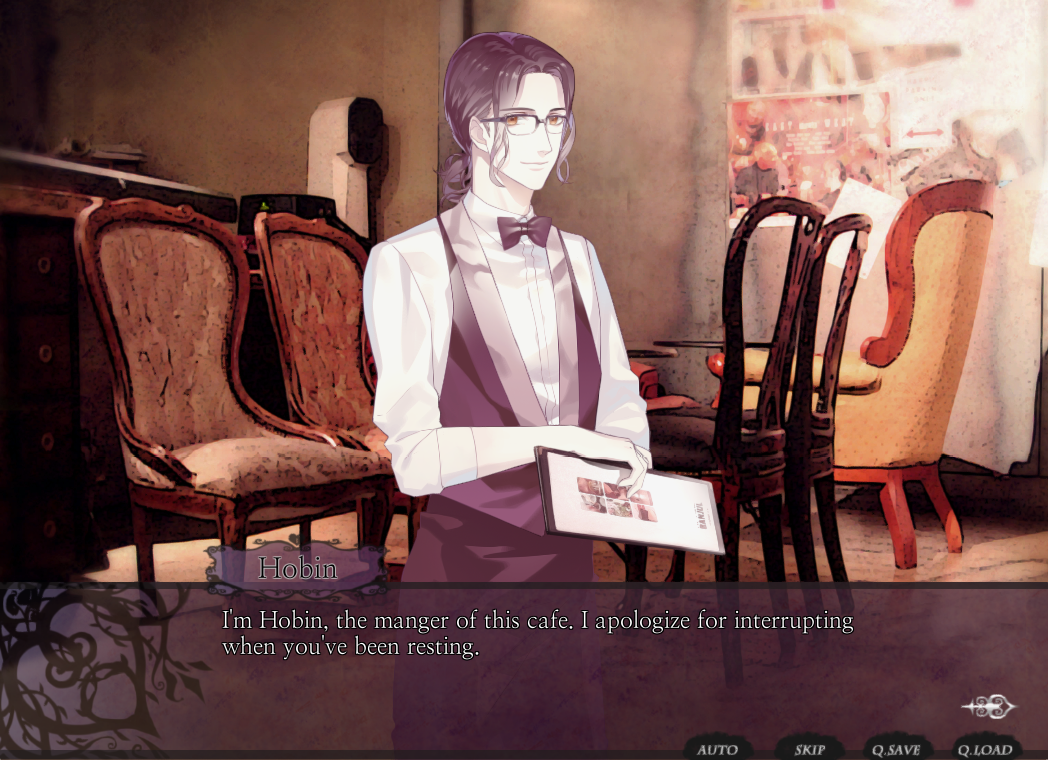 I’ve only recently gotten acquainted with this sideline hottie, but it was love at first sight!! I am a sucker for megane characters, especially when they have dark hair… [insert fangirl squeal]. So, when I saw Hobin—the owner of the cafe Banjul where actual LI, Tei works, I took notice!

He likes to tease his employees, especially shota cutie Zion—who almost made this list— and he’s a business owner which is totally a plus! And I loooooove his waiter getup, I just really have a thing for guys in a uniform! Honestly, he’s just a really nice piece of eye candy in a game that is filled with beautiful characters. 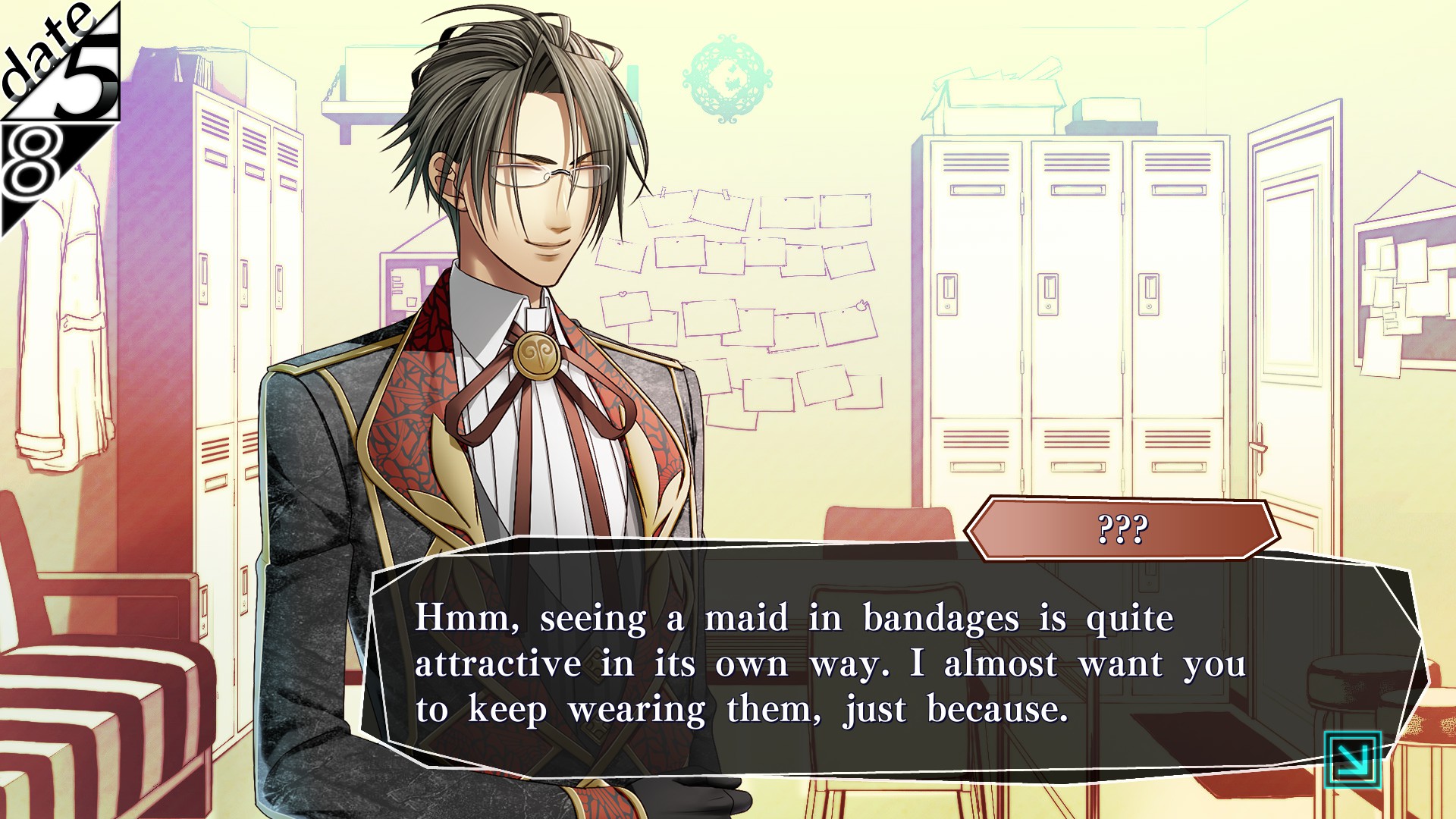 Was it just me or did anyone else really want to date this mercurial manager? I know he technically has a “route” in the FD, Amnesia Later (if you can call a series of loosely related stories a route). But during the main game, Amnesia, I felt myself drawn to the super mega foxy hot manager of Meido no Hitsuji. I’d kill to have a boss as good looking as Waka… dark hair, glasses… THAT BUTLER GET UP!! Yes please!

In the game each route is a different world and there are small differences here and there that suit the needs of that particular universe. And while the personalities of the main guys stay pretty much the same between routes, Waka’s personality changes quite a bit between worlds. He’s a former assassin in one route… how cool is that?! I’d have loved to see that fleshed out more in the main story and the “route” he has in Later just doesn’t do this unique character any justice…

So there’s my list of unobtainable side character hotties! There were so many beautiful side characters that didn’t make this list, so if you have some of your own definitely share with the rest of the class… Because, when it comes to gushing about hot 2D guys, it’s better to do it together!!

Thank you for reading and Supporting Blerdy Otome! If you like what you see be sure to drop a like or a comment to let me know your fav side character crushes!!