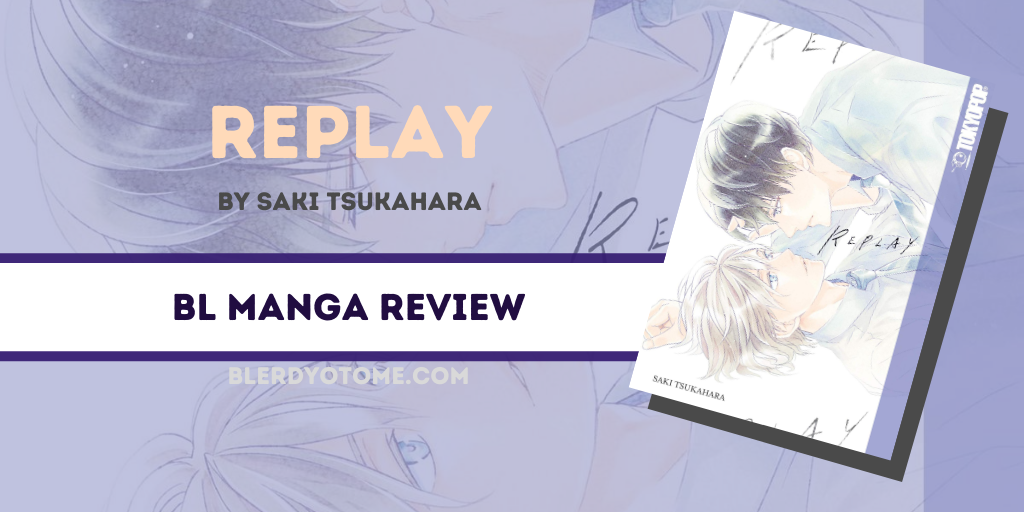 My relationship with TOKYOPOP has been marred with tragedy *looks forlornly at my incomplete collections of D. N. Angel and Beck Mongolian Chop Squad*. So, when I discovered they were going to start releasing manga in English, I was hesitant to say the least. But, my inner fujoshi could not ignore their new Love x Love line of manga which is a celebration of love—that TOKYOPOP describes as ‘representing a variety of stories and voices as diverse as our fans’. As part of this new line, the company released a series of one volume boys love titles of which I picked up one—just as a test run—and I was in LOVE! 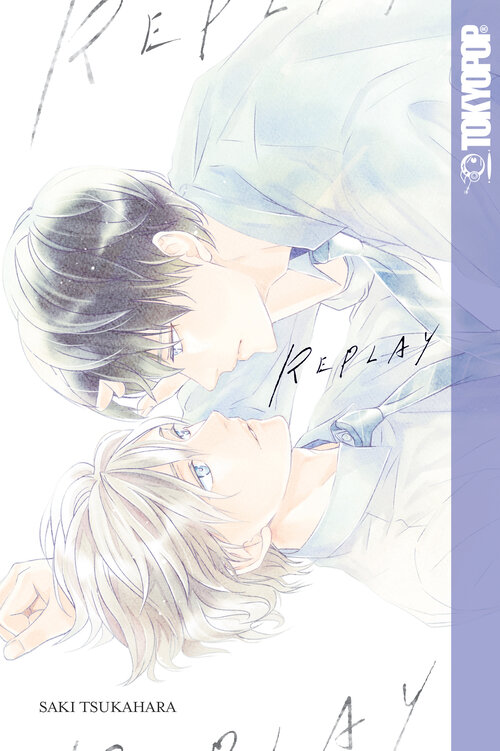 This was just such a sweet and wholesome read—there was no unnecessary drama or angst—just two boys who love baseball and each other. It’s been awhile since I read something so pure as Saki Tsukahara’s RePlay. In just one volume Tsukahara manages to tell a compelling and wholesome romance between two teammates, who also happen to be best friends as their once platonic relationship transitions into something more. We see them struggle to define their feelings for one another while also taking their first steps towards adulthood.

RePlay follows best friends Yuuta and Ritsu who have been playing baseball together since they were children, but after suffering a defeat during a summer tournament, they retire from the high school team to focus on their university entrance exams. Even though some time has passed, Yuuta can’t completely give up on baseball and he misses the connection he and Ritsu had on the field. But, now that they don’t have baseball to tie them together, Yuuta starts to notice that Ritsu has become more distant and he worries that he is losing this best friend… but is he just afraid of losing his friend or are his feelings for Ritsu something more?

This isn’t a concept that isn’t uncommon in boys love media—but, it’s done in such an organic and wholesome way that you can’t help but fall in love with these characters and their story. In baseball Ritsu and Yuuta were known as the team’s “married couple” and as pitcher and catcher their rapport on the field was second to none—but once they put baseball behind them the pair struggles to redefine their dynamic off the field. It’s the natural growing pains of their relationship and Tsukahara does a beautiful job of allowing their romance to develop, not because the story demands that Ritsu and Yuuta should be a couple, but because this is the natural next step in their relationship. And that makes the the moment they do get together that much more meaningful, because it feels earned. 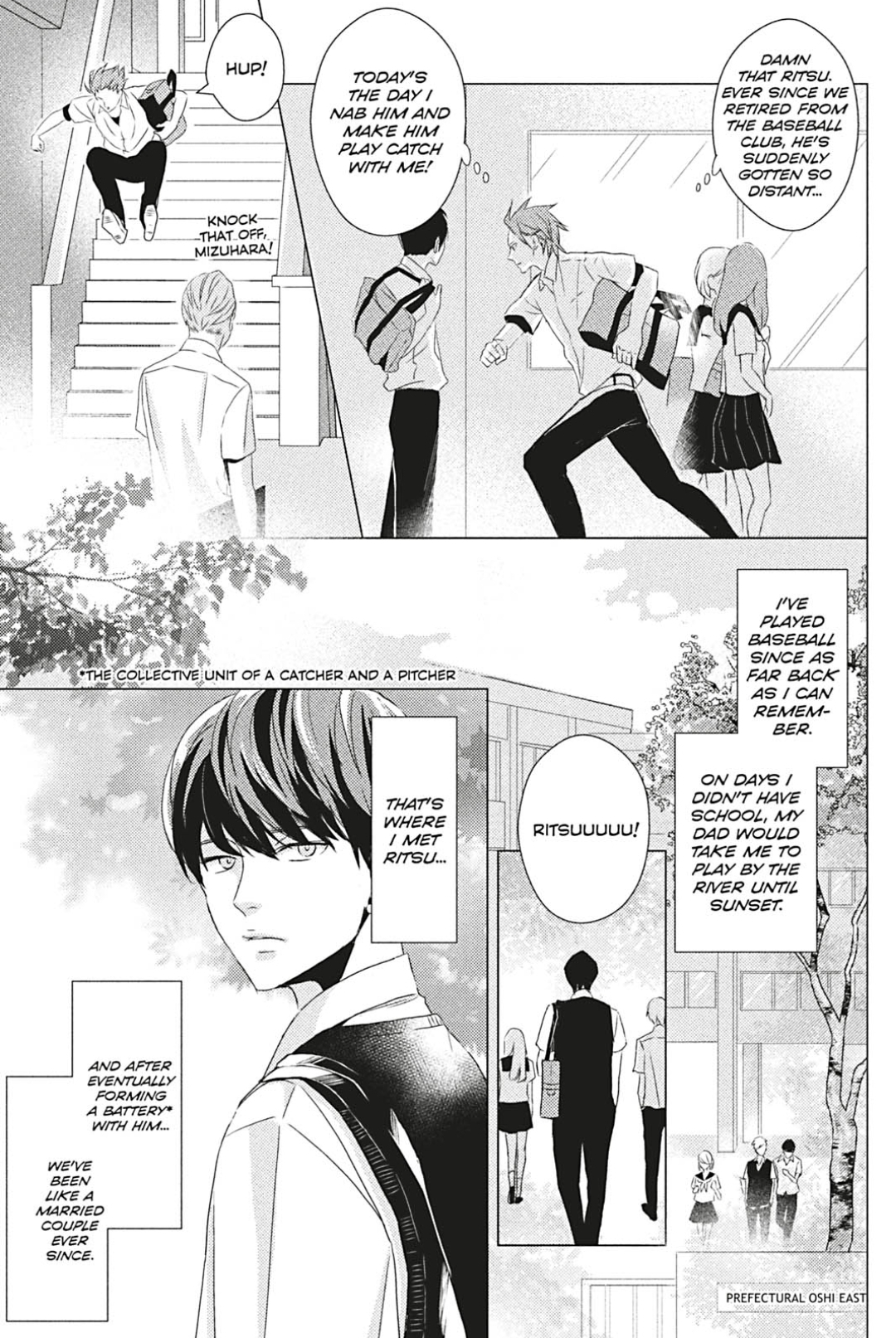 It’s clear from the start that Ritsu’s feelings for Yuuta are more than just friendly, but unlike most semes he doesn’t force his feelings on Yuuta. He waits for Yuuta to realize his feelings before initiating anything physical with him—and it’s not like he doesn’t want to, it’s just that he values their friendship more. Yuuta, takes his time realizing his feelings, but I really like that he is given a chance to fully come to terms with how he feels about Ritsu on his own. This is how a childhood romance is supposed to be handled, no love triangles, or unnecessary angst or drama—just a sweet love story without any gimmicks.

Tsukahara managed to tell a self-contained emotional character-driven story in just 178 pages an that is no easy feat! We’re introduced to these characters and within a few short chapters you’re already invested in them and their romance. Ritsu is a bit on the stoic side and popular with his classmates, while Ritsu is an energetic and upbeat baseball nut—again nothing revolutionary, but it’s a testament to Tsukahara’s storytelling abilities that their story doesn’t feel like just another cliche romance… you want them to get together. I loved RePlay and I highly recommend giving this volume a read, especially if you’re a BL fan looking for a short wholesome story to kick back with on a lazy day off.

Where to Read RePlay

Looking for more wholesome reads? Check out these reviews!

A quiet story that stays with you, I Hear the Sunspot is the perfect addition to your manga library.

Classmates is a wonderful story of first love and all the new, exciting, and messy aspects of falling in love…