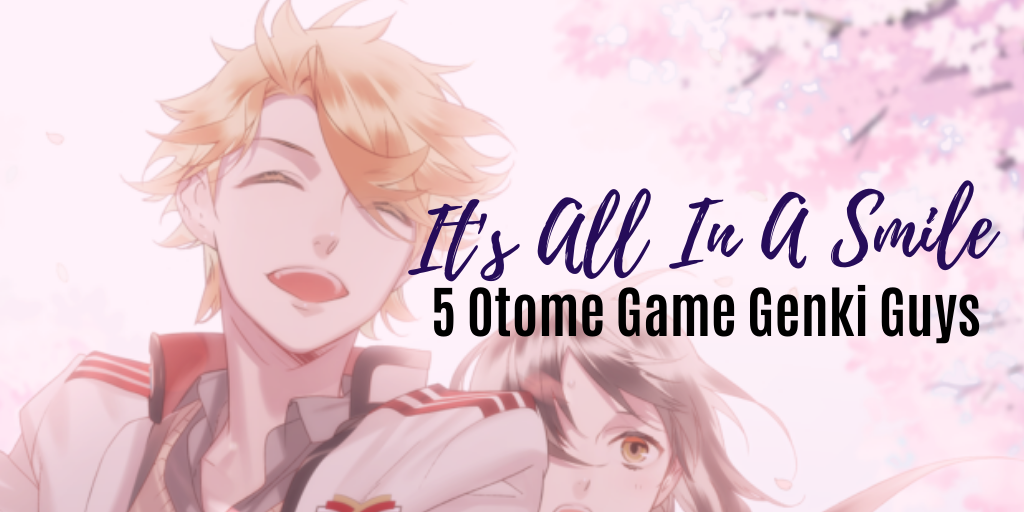 These posts are a complement to my Beginners Guide to Otome Games posts, particularly the one on Common Character Archetypes in Otome Games. There I give a very general rundown of the most common character archetypes that appear in otome games with a few examples of characters that fit each trope. But, I kinda wanted to do individual posts on each archetype and now here we are with the second post in this series. Last time around I covered one of my favorite character archetype, the hot and cold, Tsundere. Which you can check out by clicking the link: ‘I Won’t Say I’m In Love: 5 Otome Game Tsundere’.

The Basics: What Are Genki Characters?

Genki (元気) means healthy/energetic in Japanese and these types of characters are a seeming well of good-natured playfulness and joy.  These lively, animated, and bombastic guys are always the life of the party, quick to laugh and ever optimistic. You’re bound to have a good time when you’re with a genki guy! Beneath their upbeat personality these characters tend to hide deep traumas and dark pasts, however these rarely affect their cheerful attitudes as they’d much rather look on the bright side of life. Also, most genki guys tend to have red hair to match their fiery personalities.

These types of guys are much more approachable than the other love interests and are usually the easiest for the Heroine to befriend. There’s a very thin line between friendship and romance in routes/stories featuring genki characters, since they tend to be friendly with everyone. Genki characters can be prone to pulling practical jokes and are often the token jokesters of the group (or the butt of jokes) and have been known to rope the Heroine into their hijinks. 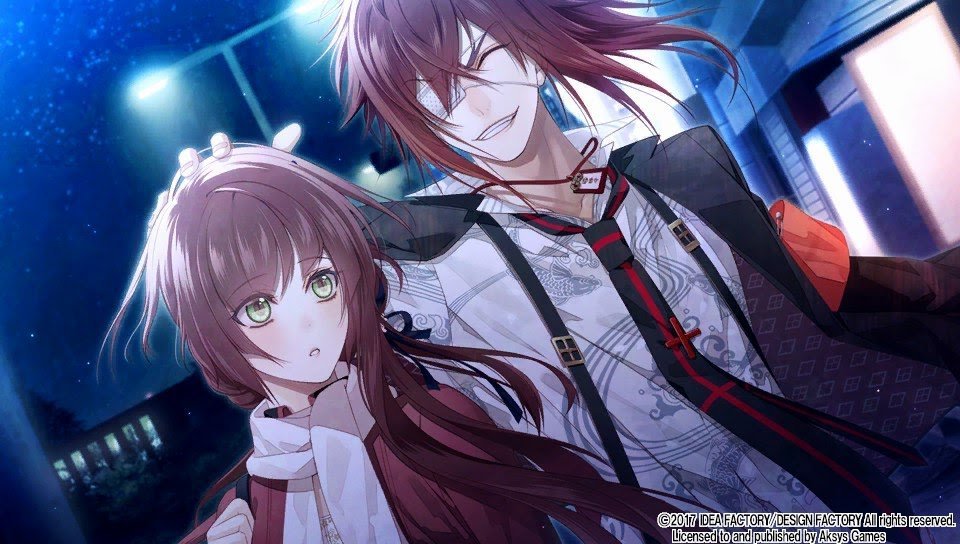 Enomoto was one of the first genki characters that I actually enjoyed romancing, because he was the kind of guy I could see myself dating in real life. He and Ichika are the closest in age and while the guys in Collar x Malice are these elite detectives, Enomoto is the only one that doesn’t come off as someone that is too out of reach. He’s not perfect and he makes mistakes, but he embraces his shortcomings and works hard to improve. He is open to criticism and actually takes the time to consider what Ichika wants and does his best to work with her. Theirs is a partnership of equals, which is something you just don’t see a lot of in otome games and it’s honestly refreshing.

Enomoto is the guy that’s your best friend as well as your lover. You can complain to him about your day and he’ll turn around and do something to cheer you up. He’s the kind of guy you don’t mind grabbing a few drinks with and just talking about silly things with.

Collar x Malice Otome Review – How Do You Define Justice?

I am kicking myself for waiting so long to jump on the Collar x Malice hype train. This is by far my favorite localization release to date! 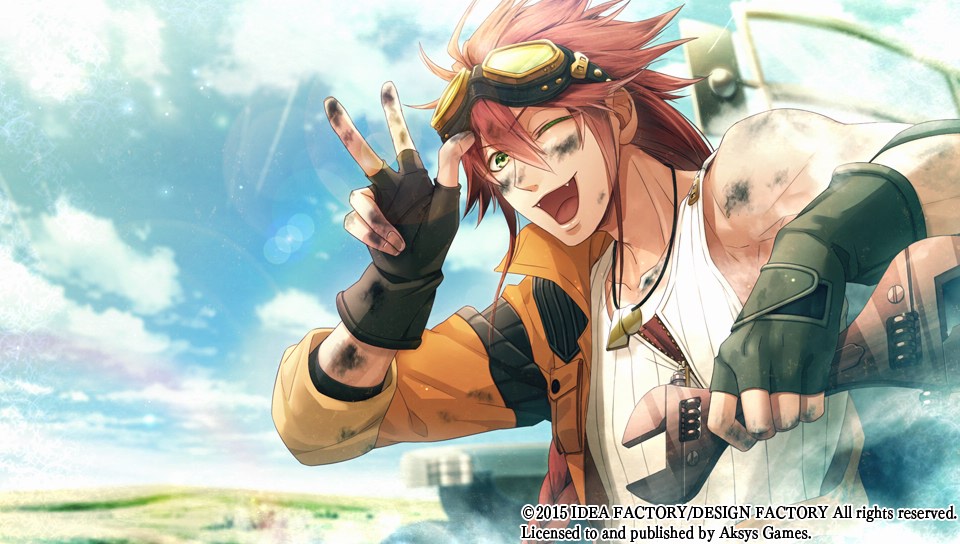 Ah, Impey… I will admit to not liking Impey or his route very much, but that is more a shortcoming of Code Realize and less anything he did (or didn’t do) since the game makes it pretty obvious from the beginning that Lupin is endgame. However, overlooking the hard on CR has for Lupin, Impey really isn’t that bad of a guy. He’s funny and always upbeat, and with his various experiments there’s never a dull moment when he’s around. Impey is usually the target of the other guys’s (read: Lupin’s) teasing, but he takes everything in stride rarely if ever getting upset or lashing out at others.

You would think being one of the few survivors of the Vampire war he’d be more resentful towards humanity and the technology that killed his people, but instead he’s enamored with both and actively seeks to create things that will better everyone. He’s a pure-hearted soul living in a world full of pain and suffering and despite it all he still has hope that things will get better. 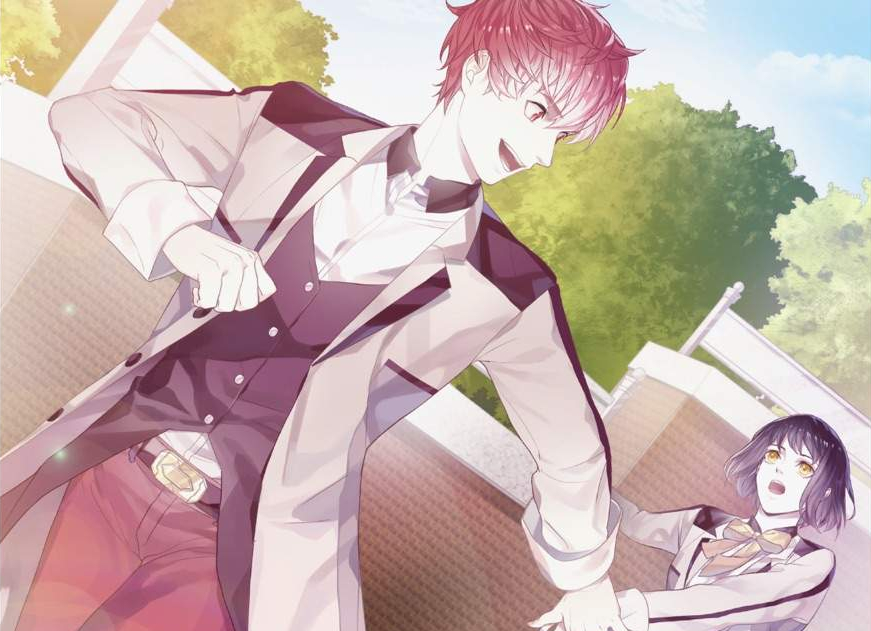 I am still working my way through Nameless and I am fully aware that this game likes to pile on the tragedy. But, even knowing that Red’s route is going to break my heart into a million little pieces I still find my attention turning towards him when he appears in the other guys’s routes. He’s a dynamic personality—created as a one of a kind hero themed doll—Red is always talking about what it means to be a warrior of justice and he even gives the other guys hero-themed nicknames like Yellow and Leader.

But, what I really like about Red is that he doesn’t care that he might appear a little odd to others, he just keeps living his best life doing what he loves. And it’s his confidence that really makes him stand out from the others. He isn’t afraid to be himself, whether that’s giving a riveting speech about justice in a crowded hallway or standing up for those too afraid to stand up for themselves, Red is a class act all the way! 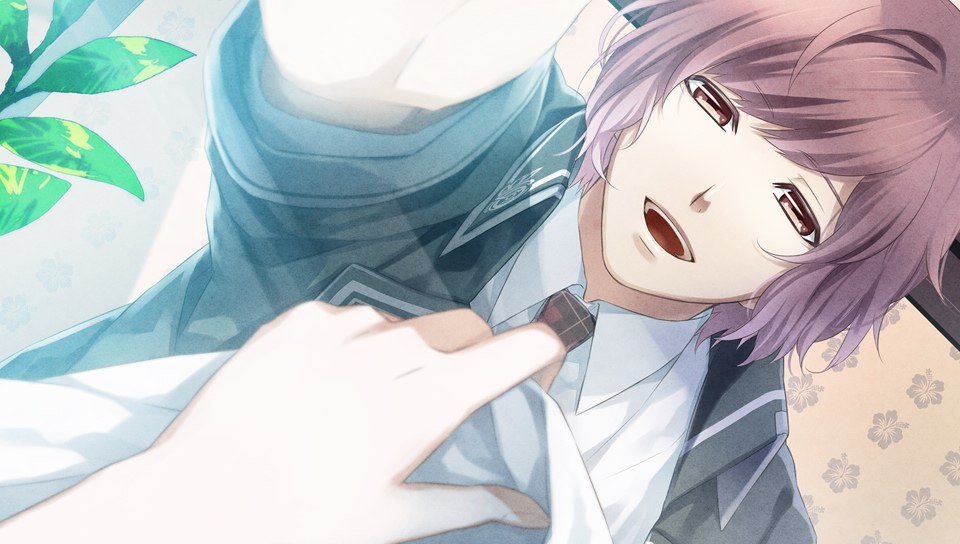 I stopped playing Norn9: Var Commons about midway through Sakyua’s route (Mikoto just wasn’t doing it for me as a Heroine), but before I quit the game I did get a chance to play through Heishi’s route and if it wasn’t one hell of an emotional roller coaster. First, Heishi is one of Nanami’s love interests and those two couldn’t be more different—Nanami is quiet and brooding, while Heishi is upbeat and cheerful—the literal definition of opposites attract. Because of his telepathy, Heishi has a hard time keeping anything a secret since his emotions have a tendency to leak out, so he’s pretty upfront about himself and his feelings.

Heishi is the one that keeps everyone’s spirits up when things on the Norn take a bit of a dark turn and is usually the person to suggest fun bonding exercises for everyone. Even though he’s been through his fair share of hardships, Heishi never really gives up on anyone.

Before I start this review I have a confession to make, I didn’t buy this game when it first came out…

When I first played his route, I fully expected to dislike Ichthys. I was never too keen on genki characters, it was just too hard to believe that someone could be happy all the time. And from what I’d seen of Ichthys in the other routes he just seemed like more of a comic relief character than an actual love interests. Boy was I wrong and now Ichthys is one of my favorite otome game guys! There was a lot of depth to his story that I honestly didn’t expect going into his route, especially from a character that Voltage described as the “prankster god”.

Like most genki characters has a “tragic past”—unlike the other gods who are immortal, Ichthys suffers from an unnamed terminal illness. Rather than letting his impending death consume him, Ichthys copes with his illness by living in the moment. He is aware that he doesn’t have long to live and rather than wasting what little time he has being resentful towards his lot in life, he instead does his best to bring happiness and joy to others through his pranks. Which is at odds with his role in the Department of Punishments, but even when doling out punishments to humans, Ichthys brings his own unique flair.

My Lover is a Mischievous God: Star Crossed Myth-Ichthys Review

I have a confession to make… I was never interested in Ichthys, nor did I have any intention of purchasing his route…

What I Hate About Genki Guys

Genki characters went from being one of my least favorite archetypes to one of my favorites. They’re a welcome change from some of my more problematic biases and it’s kind of hard not to like these cheerful and friendly characters. They always manage to lift your spirits and bring a little fun to any scene they’re in. Genki characters are some of the most wholesome characters you’ll fine in otome games and even when the going gets tough you can always rely on them to bring a bit of  positive energy to any story.

This is where I turn things over to you dear readers. Are you a fan of genki characters? What are some of your favorite genki characters and what is it that you like about them? Let me know your thoughts!