Have you ever read a manga that made you wonder what kind of person could come up with something like this? A manga that made you think, why does this exist? Well I have! Over the years I have read my fair share of manga titles; some good, some bad, and some that had me scratching my head in confusion. But there were a chosen few manga titles that made me go… WTF is this? 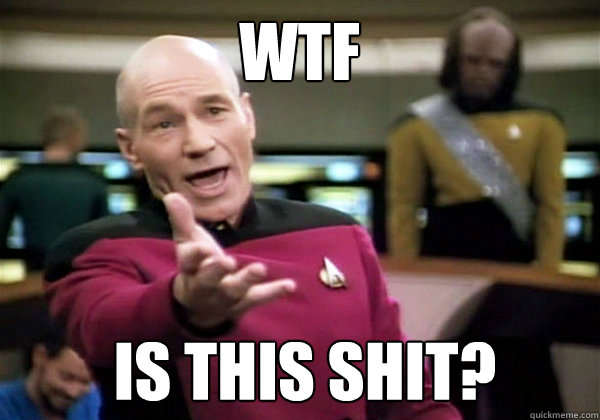 So, because I had some extra time on my hands and because I wanted to share a tiny bit of my suffering, I decided to compile a list of my Top 5 WTF Manga Titles… I don’t necessarily recommend reading all of the titles on this list (unless you’re a glutton for punishment), but there are one or two that weren’t completely terrible. Just a heads up, there is no order, rhyme, or reason to this list. The manga on this list are in the order that I looked them up and that in no way reflects their overall WTF levels…

*Not all of the manga on this list are licensed in English and that isn’t necessarily a bad thing either.*

When I first read the description, I was expecting a watered down hentai and to an extent that’s kind of what it is at first. But once you delve deeper into the story of Onani Master Kurosawa you come to realize that it’s so much more than your everyday, run of the mill ecchi. In reality Onani Master is a rather thought provoking coming of age story that just happens to have a ridiculous premise. The characters were likable, even Kurosawa with his less than savory extracurricular activities manages to be a very sympathetic character. The story itself is short only spanning 31 chapters, but despite that, Onani Master Kurosawa manages to oddly enough, tug at the heartstrings.

This manga made me question the logistics of inter-species mating between a human and a chicken. First, let me say that I don’t condone bestiality at all, I don’t care what you have to say in favor of the practice. Sexual relations with animals is a big no-no. So, right about now you are probably wondering how someone against bestiality ended up reading a manga that focuses on the romantic relationship between a man and a chicken. Well, the short answer is: the title was funny.

A haunting story about a man and his chicken. You will never look at an egg the same way again after reading this story!

This 9 page oneshot tells the story of a young man who finally decides to introduce his new girlfriend to his best friend, the only catch is that the girlfriend in question is a chicken named Fabian… But, that’s not even the biggest WTF moment in this story, not by a longshot. The biggest WTF moment comes at the end of the oneshot, and the description is right, I couldn’t eat eggs for a month after reading this manga…

I could have filled this entire list with manga from just this author without even breaking a sweat, but I didn’t and you should be glad I didn’t! Kago Shintaro writes some of the most artistically bizarre stories I have ever read. His works typically deal with themes of sex, violence, and perversion. But, despite cringing every time I read one of his short stories, I still find myself coming back for more. Out of all of his works that I’ve read, I found Holy Night to be the most tame, but that doesn’t mean that it doesn’t have its fair share of WTF moments!

“This is a short Christmas-themed manga.

Santa is terrorizing Japan by flooding everyone with unwanted gifts. The only way to stop Santa from sending more is to convince him that you’re happy with what you got, or so they believe.

The story is split between a girl trying to find a way to get Santa to stop sending her vibrators, and the various government schemes to try and capture or eliminate Santa.”

I can’t exactly remember when I first read this manga, but I sure as hell remember how I felt after reading it: extremely grateful that Santa Claus isn’t real! I don’t know what I’d do if there was some all knowing magical being out there ready to fulfill my every whim, the very thought is horrifying. Some of Santa’s gifts are hilarious, like when he sends vibrators to a lonely woman or porn magazines to a lonely man, but then there are others that are a bit more…sinister. This manga is chock-full of WTF moments that’ll keep the reader on the edge of their seat from start to finish! 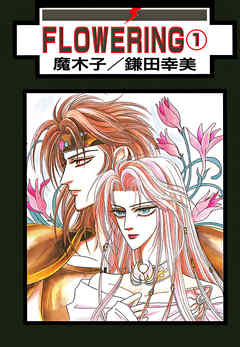 This was one of the very first BL manga series that I ever read and it traumatized me. I still to this day remember, quite vividly, the scene in which Sirius gives himself to a giant centaur god thing… *shudders* and gets ripped in half. Now, you might be asking yourself, why would anyone willingly give himself to a hulking man-beast? For a wish. But, oh no, Sirius doesn’t wish for power, strength, or riches… no, no, no… Sirius get’s body ripped in half so that his fellow traveling companion Nadeen will fall madly in love with him! Wait…WTF!?

Yamizuki, a god of night has been sealed by other 5 gods have been released recently and causing Chaos around the world to grant the wishes of the person who freed them. Unknown about the Yamizuki freedom, Chaos approach around the corner by destroying all temples and kingdom that worship the 5 gods. Saryuu who is a child prince from one of the kingdom vow to avenge his father death and his destructed country. Together, he and his companion seek out who the real culprit behind their kingdom destruction and seek a way to save the world.

I first read this manga during my Freshman year of college, back then I was new to the wonders of yaoi manga. So when a friend of mine from school told me she found this really good BL manga, I was eager to see what all the fuss was about… *shakes head* At first Flowering reads like your run of the mill adventure/fantasy story, you know, a kingdom in turmoil, mystical priests, the whole nine. But, then all of a sudden everything that can go wrong does: the king dies, one of the priests almost gets raped, the prince of the kingdom gets snatched up by a giant flaming bird, and finally the aforementioned Centaur scene… I’m sure the rest of the story is great, I just could not in good conscience, continue reading this manga after reading through that scene. Which wasn’t hard to accomplish seeing as the scanlators dropped the project a few chapters later.

I am a huge Junji Ito fan, I just love the way he blurs the line between reality and the supernatural in order to create some truly terrifying stories. No matter how outrageous his stories are, Junji Ito manages to insert a degree of believability that will have even the most staunch skeptics sleeping with a nightlight…  Okay, I may be exaggerating a bit, but you get the point, Junji Ito is a master of horror!

Something is rotten in Okinawa…the floating stench of death hangs over the island..What is it? A strange, legged fish appears on the scene…so begins Tadashi and Kaori’s spiral into the horror (and stench) of the sea.

This is by far one of the freakiest horror manga I have ever read… If you have ever read any of Junji Ito’s other works, then you know that this is one of his most bizarre works. There were times when I didn’t know whether I should be frightened or amused by the story. I mean come on, who comes up with a story about Japan being overrun by weird mechanical devices that run on gas from living creatures? Better yet, who even approved this for publication? But, I will admit that I did enjoy reading this story; at times deliciously funny, while still managing to make my skin crawl. So, just know… This story isn’t for the faint of heart!

So that’s my list, were there any titles you though should have been on the list that weren’t? Something on the list that you think shouldn’t be? Let me know in the comments section and as always Thank You for reading!!!