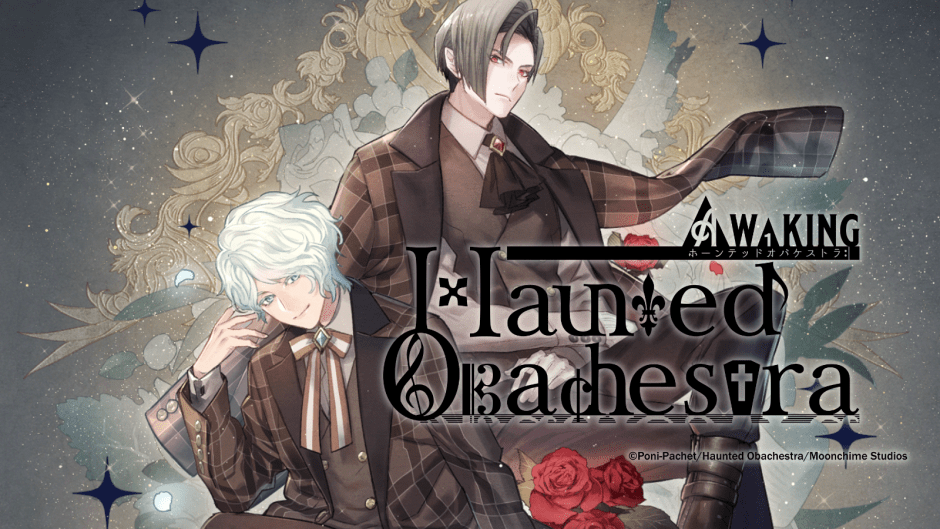 Hey Hey Blerdy Tribe, I have some amazing joseimuke news hot off the presses!! Moonchime Studios is pleased to announce a collaboration with the Japanese publisher Poni-Pachet to bring their latest project to English-speaking audiences, this project is Haunted Obachestra!

Poni-Pachet will publish the game and Moonchime Studios will localize it and be directly involved in the Kickstarter campaign management and other publishing efforts. Our friends at Poni-Pachet hope that this will help them connect with the community outside of Japan.

Haunted Obachestra is a fully-voiced joseimuke adventure for everyone, and will be made available for PC. The focus is on creating an immersive experience for the players by centering them in the story as the human protagonist, with options to select a gender and change the name. Music is a pivotal aspect of this multimedia project, and each song is crafted to reflect the characters and enhance the story.

The beginning of a fairy tale

It all begins in the outskirts of Tokyo’s Ayakashi Ward, where unbeatable rent prices lure you into sharing a large western-style house complete with mysterious housemates and a rather unsettling basement. One night, some eerie noises drift up the basement stairs, and your curiosity gets the better of you—you descend into the darkness to check it out. To your surprise, not only are your mysterious housemates playing old-fashioned musical instruments, but… there’s something different about them.

Turns out, they’re monsters—some of many who live all over the world. Those who love music refine their talents in preparation for Melloween, a music festival held once a year in Vienna. But why are these monsters here in Tokyo, and why are they practicing in your basement?! Befriend your monster neighbors and uncover their reasons for coming to Japan in this heart-warming monster musical comedy.

Top-quality music and in-depth character development are at the heart of this story, so buckle in and get ready for a wild ride!

In Haunted Obachestra you can play as either a male or female protagonist, however there is no romance in the game. Both protagonists are voiced.

So What We Know So Far

From what Moonchime sent me and what I’ve gathered from the official Japanese site, Haunted Obachestra is a multi-media joseimuke project that developed by Poni Pachet. You can play as either a male or female protagonist, however there is no romance. The game was originally released in Japan for Android and iOS on December 3, 2020, but this new localization will be a PC release. There is no news on an official release date, but the Kickstarter has an ETA of July 2022.

Moonchime Studios is a visual novel game publisher specializing in joseimuke games. Through the Moonchime Localization brand we publish localized Japanese games to most regions of the world. While we partner with bigger companies to help them reach their full potential, indies are also part of our vision to give a voice to creators that usually don’t see their works published outside of Japan.