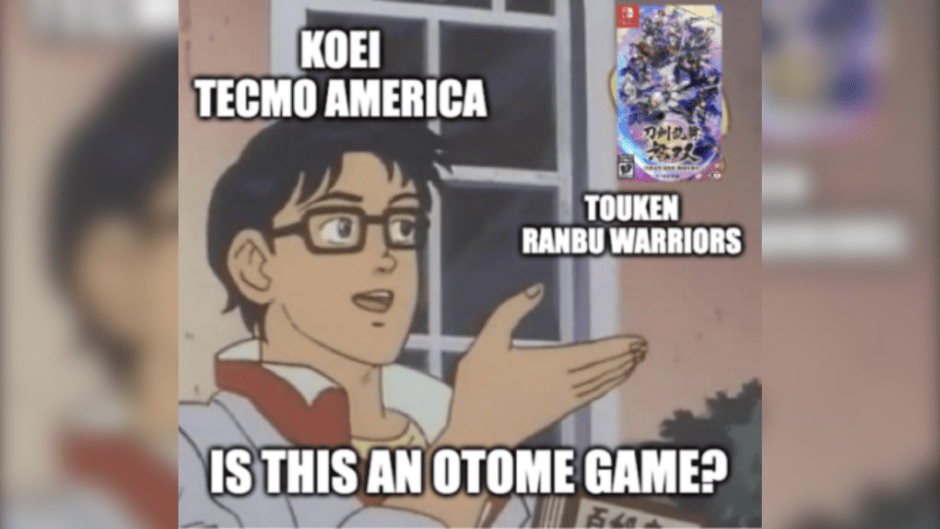 In the year of our lord 2022, at a time when otome gamers have been blessed with more otome localizations than we can feasibly play, otome fans are still having to prove that there is a demand for otome games in the West. What’s worse is this new wave of frustration was brought about by Koei Tecmo, which many in the otome community know for their Ruby Party line of games, most notably the Angelique series. In a recent interview with the development team behind Touken Ranbu Warriors, the team remarked that the publisher would consider bringing Ruby Party otome games to the west “if there is a demand”. The issue further came to a head when Koei tweeted that “demand” would be determined by how well Touken Ranbu Warriors does in sales.

This has sparked controversy among otome fans on Twitter, as Touken Ranbu Warriors is NOT an otome game, but rather a joseimuke title. While it is targeted towards a female audience, it does not feature romance elements one would expect to find in an otome game. So, using sales of a musou game, like Touken Ranbu to determine demand for otome games in the west is absolutely ridiculous. It’s like apples and oranges. They are two completely different genres of games and the implication that sales of Token Ranbu Warriors correlates to interest in otome games, are baseless.

This whole situation brings to mind the 2016 Spike Chunsoft Kenka Bancho Otome localization fiasco. During which the publisher ran a poll on Twitter to gauge interest in titles for localization, of which Kenka Bancho Otome was included. The response was overwhelming from the otome community, but despite KBO winning the poll, Spike Chunsoft remained silent about plans to localize the title. To add insult to injury, several of the other games included in the poll did in fact get localized. And let us never forget what happened with the Beastmaster and Prince Kickstarter, the same year.

Western otome fans are used to disappointment when it comes to localization, especially regarding the quality of translations. But, this latest affront has been especially egregious as this comes from a publisher know for paving the way for otome games. Otome gamers are tired of being baited by companies under the guise of “allyship”, when our best interests are not being taken to heart. This disregard for the thoughts and feelings of Western otome gamers is just one of many slights and injustices over the years and quite frankly, I’m tired of getting the short end of the stick.

While, communication between game publishers and the otome community has had it’s fair share of highs and lows over the years, there are a handful of publishers that have made great strides to ensure that otome games gain a foothold in the West. In just these last few years there has been a great upswing in the number of otome games making their way to the West. There is clearly a demand for otome games, all one has to do is look to publishers like PQube, Idea Factory International, and Aksys Games! If Koei is looking to release Ruby Party otome games in the West, there are better ways to gauge interest and I am disappointed that this is the tactic taken by the publisher. The Western otome community is still small when compared to other groups within the gaming community, but we still deserve to be treated with respect!

Update: A representative of Koei reached out to me on Twitter with the following statement. While it does not excuse the situation, I think a willingness to talk with the community is a great first step!

How do you all feel about this latest controversy within the otome community? Please share your thoughts in the comments.

Special thank you to Vki of Otome Shimai for their amazing meme work for the feature image!

4 thoughts on “Publishers Please Do Better By Western Otome Gamers”