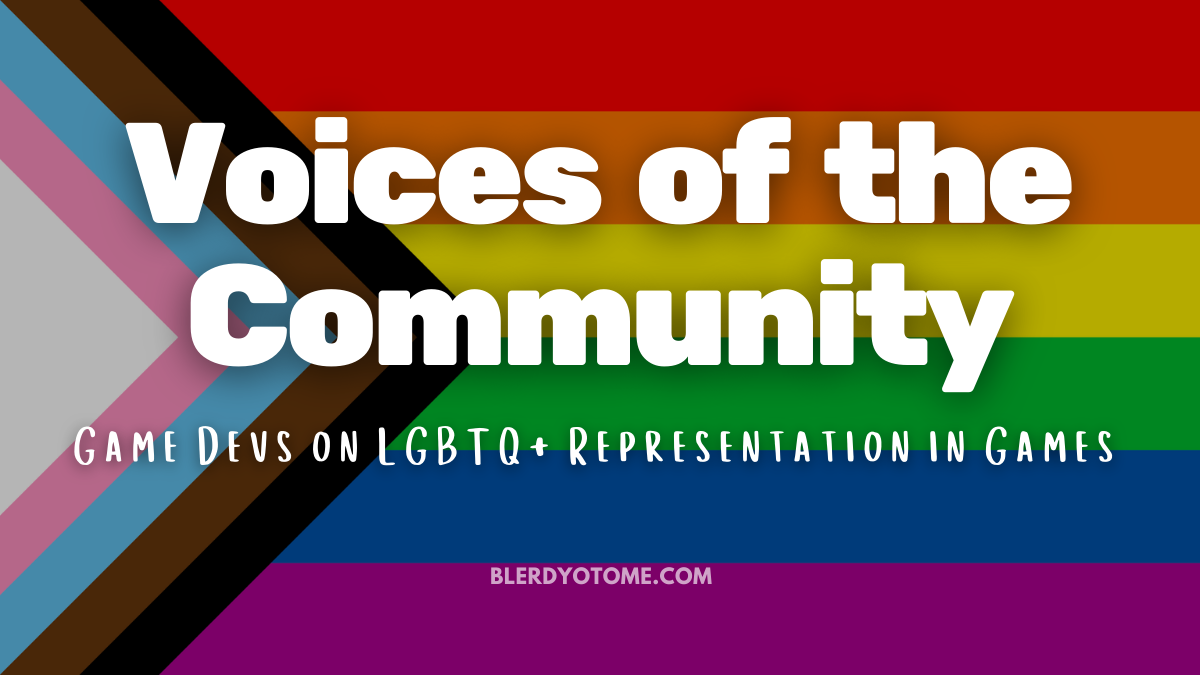 Hey Blerdy Tribe! It’s Pride Month and that means every site and major company is decked out in all their rainbow colored branding and for one short month the LGBTQ+ community is on the front page of everyone’s newsfeed. It’s a time of celebration for how far the community has come over the years, but also for how wonderfully multifaceted the LGBTQ+ community is and continues to be.

Throughout the month, queer people and stories have been at the forefront of everyone’s consciousness, with companies using queer individuals to promote their products and brands. But, for many in the community they don’t have the luxury of being able to speak on their own behalf or the safety to be their true authentic selves. Or worse, people from outside of the community will do the talking for them…

While we’re making strides to create safe spaces for folks, there is still a ways to go especially in some nerd spaces and fandoms. The gaming sphere is especially notorious for being unkind to folks who aren’t white cishet men. So I’m glad that more folks are starting to branch out and create their own independent projects.

This Pride Month, I wanted to take a step back and create a space for folks from the LGBTQ+ community to speak their truth–because Blerdy Otome is and always will remain a safe space. So, I did a call for Queer game devs/folks working in the gaming industry to participate in an “interview” where they shared their thoughts and their experiences on being queer in the gaming community. The response was overwhelming and I want to thank everyone who lent their voices to this project–you all are the real MVPs! So, enough of me, let’s turn things over to the amazing folks!

Q1. Thank you for taking the time to sit down and chat with me! I want to give my readers a chance to get to know you a bit better. What are your pronouns? Could you please tell me a bit about who you are and what you do within the gaming industry?

Q2. The gaming industry has typically targeted the bulk of its attention towards white cis men, producing games and stories with them at the center. But, in truth gamers are much more diverse and while some studios have made efforts to create more inclusive games there is still a bit of a gap between the number of games available for gamers from underrepresented groups. How important is representation to you? How do you feel about queer and LGBTQ+ representation in the gaming industry today?

Q4. One person does not represent their entire group and even within the LGBTQ+ community, your experiences are wholly your own. What are some challenges that you have faced being LGBTQ+ in the gaming industry? What are some successes?

Q5. As a content creator what are some things that you are doing in your own work to promote the representation you want to see in games? What strides do you take to ensure that the stories and characters you create/represent embody the experiences of the LGBTQ+ community?

Q6. What are some aspects of the LGBTQ+ experience that you feel are often overlooked when creators are crafting Queer stories and characters? Why do you think these experiences are often excluded?

Q7. Where do you see the state of LGBTQ+ representation in the gaming industry going in the future? What are your hopes the next gen of Queer positive games?

Where To Find Everyone!