With con season in full swing in most places, anime fans across the country are gearing up for weekends full of otaku fellowship. But, for many one of the highlights of any con are the cosplayers, who dedicate months, sometimes years into carefully crafting their costumes and props in order to pay homage to the media and characters they love.

A portmanteau of the words ‘costume play’, is the practice of dressing up as a character from a movie, book, or video game, especially characters from Japanese media.

Amateurs and professionals alike flock to these otaku meccas in hopes of showing off their hard work, strutting their stuff among the throngs of anime fans eager to share in their love of Japanese culture. Cosplay is a way for fans to express their creativity while also showing their appreciation for the media they love. Some cosplayers strive for accuracy, with carefully constructed costumes that perfectly capture the original source material, while others let their imaginations fly with unique alternative takes on popular characters.

However, there is a disturbing trend among some non-POC cosplayers that harkens back to the racist caricatures from 19th century minstrel shows. Blackface rears it’s ugly head once again, this time in the anime community. For those of you unfamiliar with the concept, blackface is the practice of white individuals coloring their faces in order to appear black, either with make-up or some other skin coloring agent. The practice was popularized during the 19th century, through comedic theatrical performances known as minstrel shows. These performances had white actors don exaggerated costumes and make-up to appear black and was integral in the spread of several longstanding stereotypes about black people. Black characters in these minstrel shows were often characterized as ignorant, sexually deviant, lazy, superstitious, criminal, and cowardly. Minstrel shows and blackface were integral in codifying blackness, through parody and caricature, making these negative representations of black individuals a source of entertainment.

What’s more, many of these same hurtful stereotypes are still prevalent in the media we consume to this day. Blackface is a remnant of deeply unsettling practice of degrading and dehumanizing black people for entertainment to the point that it is hard to view it as anything but unacceptable. However, a few non-ethnic copsplayers are causing some controversy by participating in blackface, under the guise of showing their appreciation for characters of color, when in reality they are doing more harm than good.

Cosplaying is about celebrating the characters and media we love through creative expression, and it’s not wrong to want to go that “extra mile” for something you love. However, it crosses a line when an individual knowingly colors their face in order to appear as someone from a different race. Racefacing, the more general catch all term for anyone attempting to alter their appearance to appear as a race other than their own, is an issue that has plagued the cosplaying community for years.

With Japanese media featuring a wide range of diverse characters it’s not unusual for fans to want to bring these characters to life through cosplay. I’ve seen people donning full body make-up in a wide range of colors from pink to blue to red to green, all for the sake of accuracy. I’ve seen some really great Piccolo and Mina cosplays that had some bomb ass body paint work. But, what makes someone donning pink or green make-up  for a cosplay acceptable and someone coloring themselves brown or tan not okay? 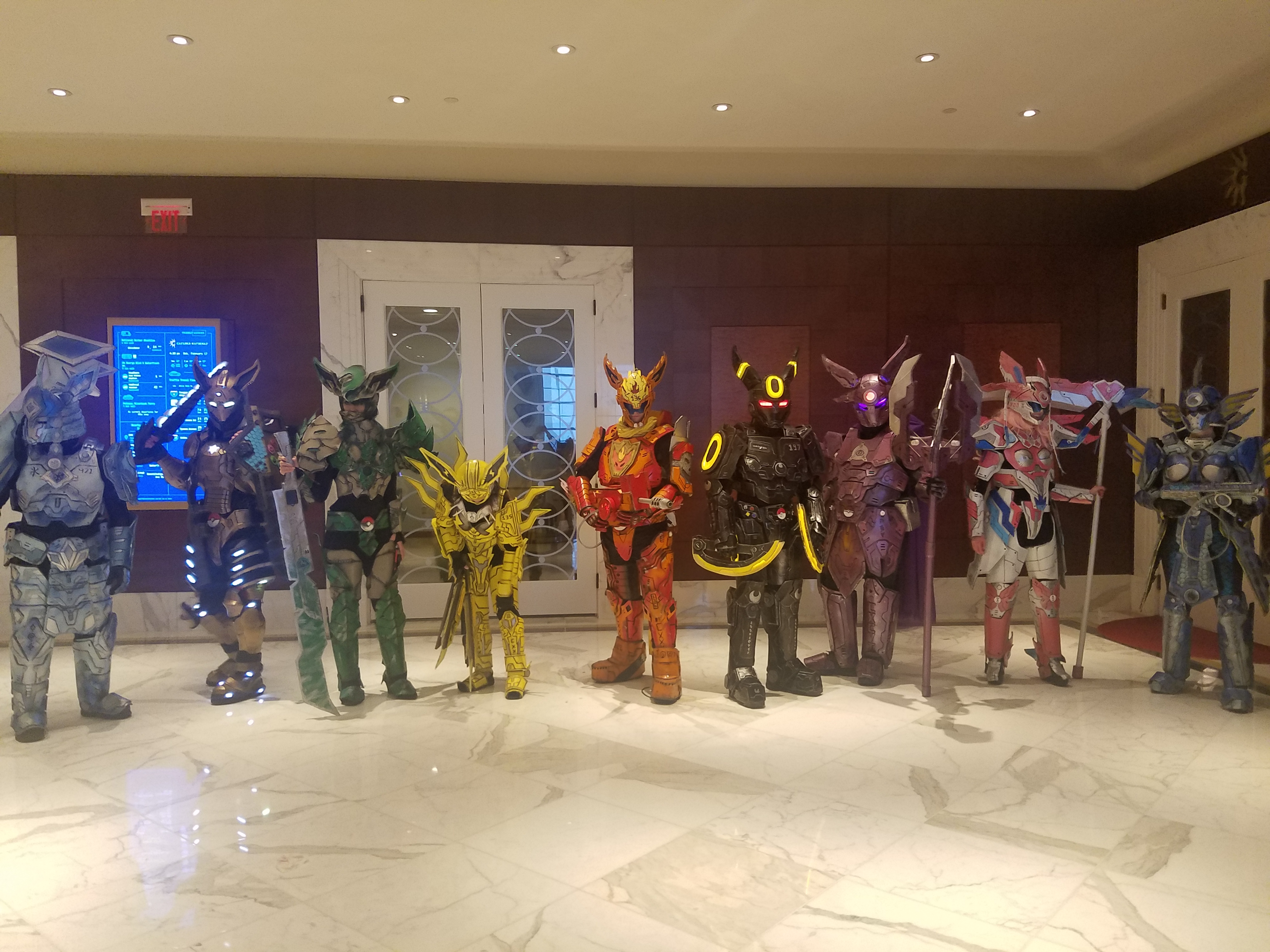 It all boils down to race and our complicated history with it, for years race coding has been used as a means of vilifying and dehumanizing people of color for the sake of entertainment. Many laughed when Robert Downey Jr. jokingly painted his face black for the comedy film, Tropic Thunder and critics in the 60’s praised Mickey Rooney’s yellow face performance in the classic rom-com Breakfast at Tiffany’s. But, no one was laughing when in April, Lithuanian Twitch user, Karina Martsinkevich did a live make-up tutorial which involved applying dark foundation in an attempt to look more like the character Lifeline from the game Apex Legend. She insisted that she did not mean to offend or harm anyone, that she just wanted to show her appreciation for the character. However, the practice of blackface is so entwined with race coding and stereotyping there is just no “tasteful” way of doing it. 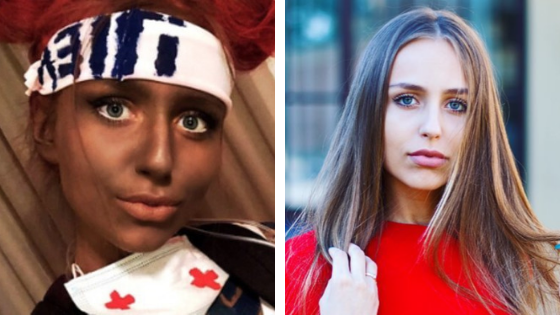 Now, I’m not saying that non-POCs can’t cosplay as characters from a race different from their own. If you love a character, by all means go nuts, but that doesn’t mean you need to color your face. There are plenty of Black cosplayers that dress as white or asian characters without having to rely on make-up or face paint to make them appear lighter. Heck, there are plenty of crossplayers (genderbent cosplaying) that are good if not better than the originals. Cosplaying is about being someone else, even if it’s just for a little while, it allows people to live out their fantasies, whether that’s being a shinobi, a hero, an elemental bender, or a princess.

So, is blackface in cosplay okay?

The mark of a good cosplay is that it’s recognizable, whether that means you spent months getting your outfit right and styling a wig so it perfectly matches that of the character you’re portraying. Cosplayers shouldn’t feel the need to try and alter their appearance for the sake of appearing as someone of a different race. Race is not a costume, it’s not something that can be applied and removed at will. So, when in doubt, don’t color your face to match someone else’s race.

So, I wanna turn things over to you guys. What do you think about the use of blackface in cosplay? Do you think there are times when it’s acceptable? Let me know what you think down in the comments section. As always, thank you for reading!!