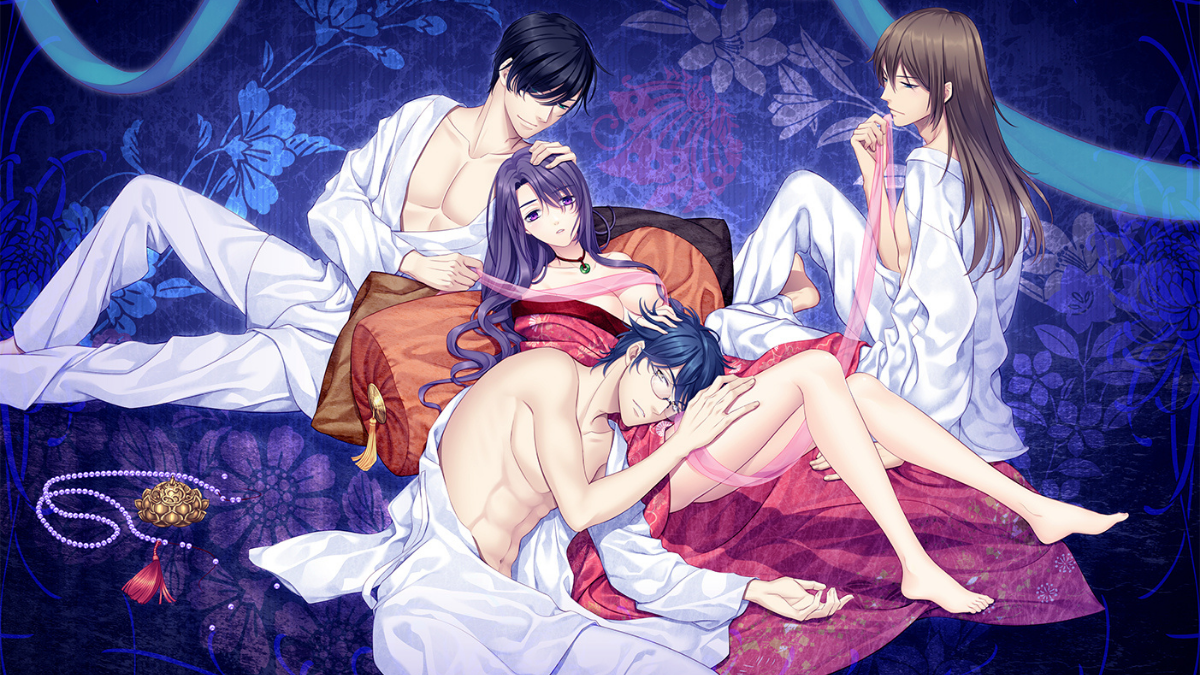 From mafiosos to ayakashi to childhood friends, otome games give us a chance to romance a wide range of characters… BUT, never in my life did I ever think that I would ever come across a game where I would get the chance to romance monks. And then, here comes YETU Games with Lost in Secular Love to fill that void and not gonna lie, I didn’t know what to expect.

But, oh no, these aren’t just you’re regular pious monks who sit around and read scripture, nah, these monks are down to f*ck. Yeah, you read that right–a game about monks that don’t mind getting a bit frisky and boy do they ever! This game gets pretty steamy, so prepare your hearts!

Qiye Cui (name changeable) is the daughter of a fallen noble family and has taken to dressing as a man to secure work to help support her ailing mother and younger siblings. Despite her efforts, her family barely makes ends meet, often having to resort to scavenging in the nearby mountains. Qiye’s mother worries that the family’s diminished status will negatively impact Qiye’s marriage prospects comes up with a plan that might just save her daughter from a life as an old maid. Her mother, a devout parishioner at the local Qing Lian Temple sets it up so Qiye can marry the head monk of the temple?!

In the game, the characters practice the religion of Moyu, which recently passed an edict allowing monks to marry for the express purpose of producing heirs. This is mighty convenient for Qiye, whose prospects were looking pretty grim. She agrees to the match in hopes of securing a better life for not just herself, but her family–so, Qiye is sent to the temple as the prospective fiancé of the head monk Zhi Kong. However, before the marriage can take place, Qiye must devote herself to the Moyu doctrines, but the more time she spends at the temple the more her passions are stirred by the untainted monks… 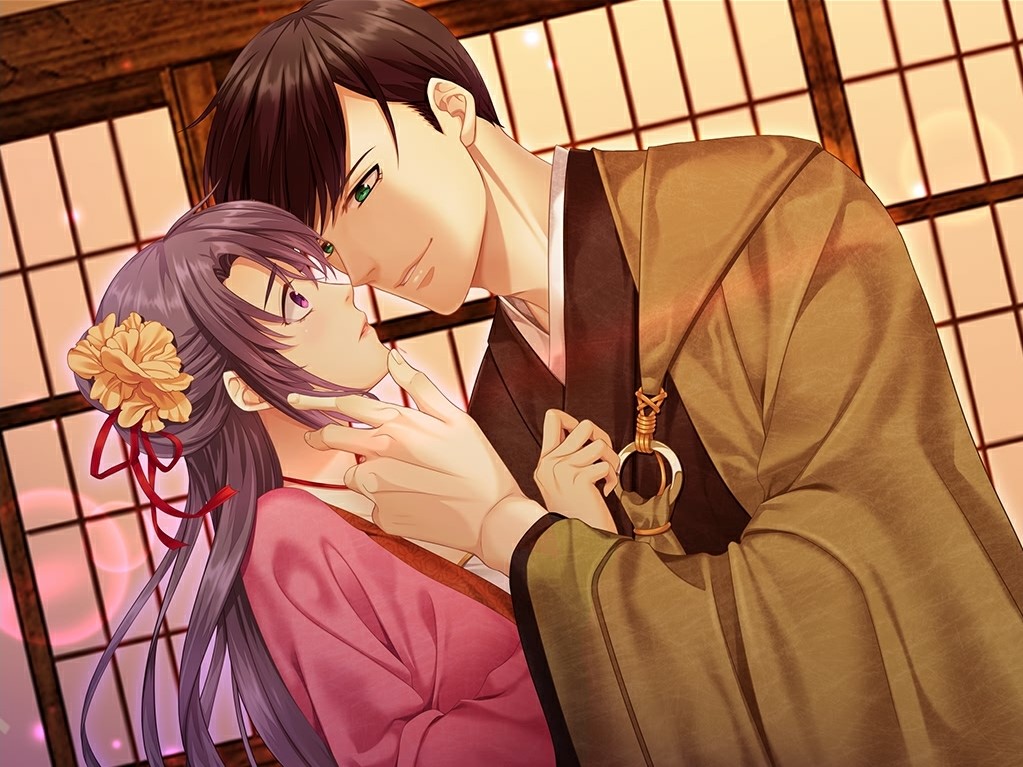 Zi Kong is the most esteemed monk at the Qing Lian and the one set to inherit the temple. He is well versed in the Moyu scriptures and revered by everyone as a pillar of piety. He prides himself in his detachment from the secular world. Zhi Kong is the picture of perfection, with his calm demeanor and soothing voice. He also has a love of cute critters, and is often seen hunting down an adorable white cat that frequents the temple (or holding cute animal plushies). But beneath his gentle smile burns the a fiery passion that threatens to consume all in its path (read: yandere).

If I’ve learned anything from my years of playing otome games, it’s to be wary of the “nice guys”. And ho boy, does Zhi Kong’s route get steamy *fans self* Woo, Zhi Kong is a beast!

Hui Hai is Zhi Kong’s younger brother and the Temple Manager. He is extremely thrifty and can often be found worrying over temple expenses. Hui Hai is described as being ridiculously good looking, which attracts the affections of ALL the temple’s female parishioners–granted he is completely oblivious to their advances. He’s honestly just an all around nice guy and he and Qiye form an instant friendship that quickly develops into something much more intimate. Because he isn’t her intended fiancé, his route delves into the “forbidden” romance territory

His route was super wholesome and sweet–they have the best chemistry and I was genuinely invested in their relationship. And I love that he always seems to know what’s on Qiye’s mind, even when she tries to hid her true intentions. 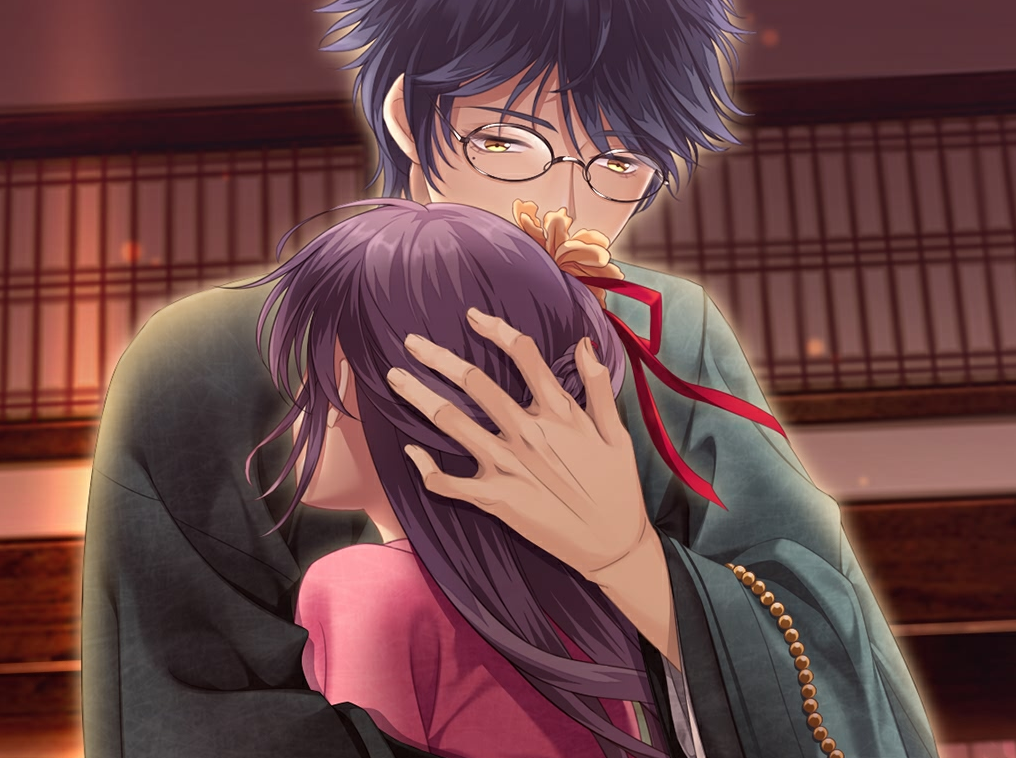 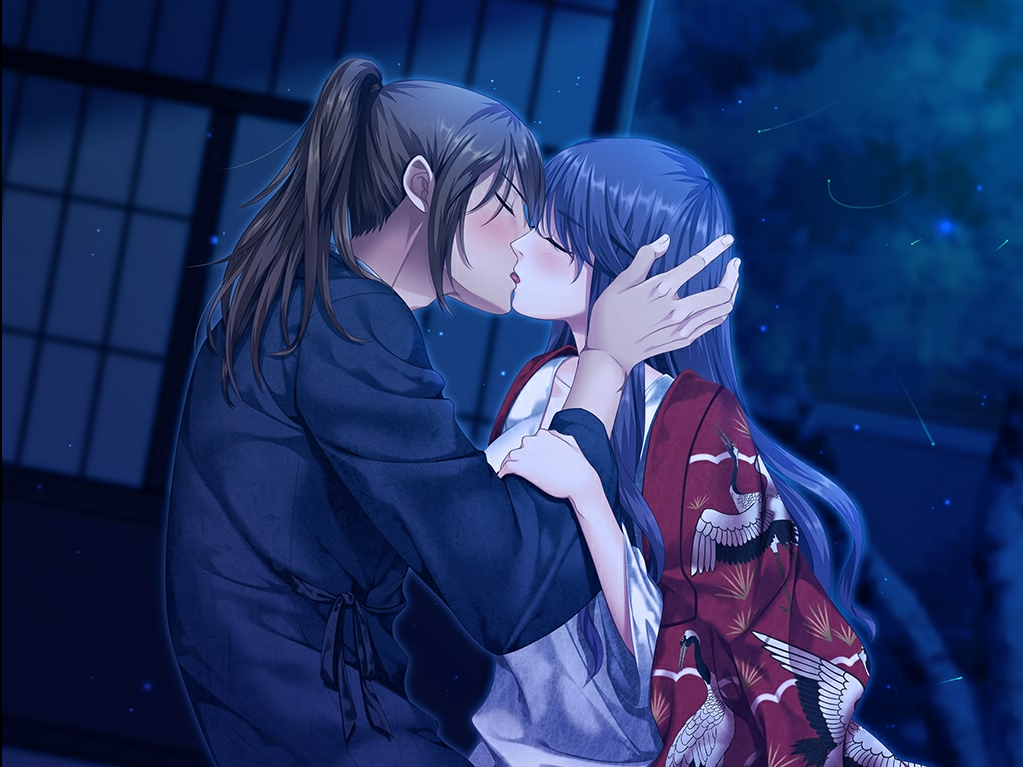 Zi Qing is the son of a wealthy merchant family who was sent to the temple to train as a monk. In the past, he and Qiye were childhood friend of Qiye, and even now she still refers to him affectionately as Che. She remembers him as being sweet and kindhearted when they were children, but now that they’re adults, Zi Qing is very direct with his words and actions. He doesn’t hold back his criticism towards Qiye, and even accuses her of marrying into the temple for money. Zi Qing has no tolerance for dishonest people, which leads to quite a few arguments between him and Qiye.

Despite his sharp tongue, there are moments when Zi Qing lets his guard down with Qiye. His childhood with Qiye make up some of his most cherished memories and in his own way he looks out for her at the temple. His route had the sweetest conclusion and is my 2nd fave in the game, after Hui Hai’s route.

In a game where the main schtick is trying to bonk hot monks, I didn’t know what to expect from the heroine, but surprise, surprise, Qiye is actually a pretty fun character. She is the daughter of a fallen noble family, so she’s much more grounded than you’d expect a high born girl to be–she dresses as a man to work in town to make money for her family and she regularly goes on food scavenging missions in the mountains with her siblings. She is humble and selfless, but that doesn’t mean she lets folks walk all over her. What I love about Qiye is how sassy she is–she may pretend to be the perfect lady so she can marry into the temple, but she still lets her personality shine through. She is a bona fide sass queen and I am here for it! Her facial expressions are HILARIOUS!

When her mother suggests that she marry into the Temple for a better life, she is initially against the idea and only agrees because doing so will make life easier for her family. It isn’t just out of filial duty, Qiye truly cares for her family and everything she does throughout is for them, even if it means sacrificing her own needs and wants. But, Qiye isn’t afraid to be herself and the story is much better for it–she actively engages with the LIs and gets to know them not just as monks, but as men. 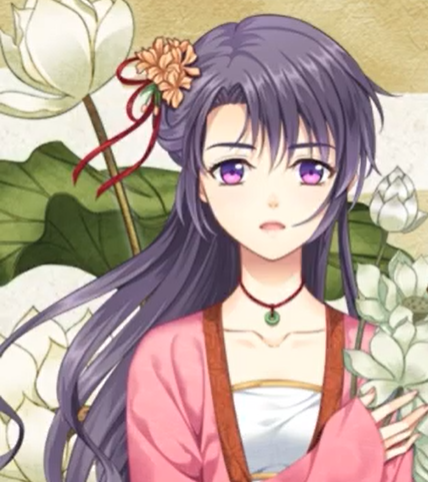 Lost in Secular Love isn’t perfect, but there is a quirky charm to the game that kinda works. The story is simple: a young woman from a poor family has to marry a monk if she has any chance of living a comfortable life–and that’s kind of all you need. The drama comes not from the plot, but rather how the characters deal with the situation at hand and it makes for a surprisingly enjoyable story. The characters don’t conform to the story, the story changes to accommodate the characters, which allows for some really organic moments.

Sure, the story can play into the melodrama every now and again, but overall Lost in Secular Love has a pretty lighthearted tone. The comedy was a bit over the top at times, but still pretty funny–especially when the art changes to match the more comedic tone. I also have to mention that the game lets you toggle the hair off/on for that truly organic monk romancing experience. I left the hair toggled off most times, because…at least to me, the guys look better bald…

The romance is okay in most of the routes, and I have to give it to the writers for attempting to tell a much more mature love story, and it is very clear that lust and not love is the driving force in some of these relationships. Zhi Kong’s route takes full advantage of the seductive monk premise, wasting no time getting to the sexy times, while Hui Hai and Zi Qing’s routes feel more like genuine love stories. The good endings involve Qiye bagging her boy and moving on to her happily ever after, while the bad endings, woah boy, the bad endings… they range from illicit love affairs to lust filled depravity and I HIGHLY RECOMMEND playing through them. Zhi Kong… ah, I don’t like yandere characters at the best of times and his advances came off creepy and manipulative, but I just couldn’t look away… My fave route is Hui Hai, because he is just such a sweet bean, but Zi Qing is such a close second (I am a sucker for romances between two strong willed characters).

The writing is really good, for a Chinese otome game, the translation is among the best I’ve seen. It’s not perfect, there were a few typos and grammatical errors, but those were few and far between. The dialogue could be a bit wordy at times, especially when the characters are talking about religious tenets (thank GOD for the glossary feature), but I liked the conversations between Qiye and the LIs never felt overly contrived. The chemistry between the characters is phenomenal and I really liked that the natural cadence of the characters was fleshed out by the writing. The vocal performances were nice, though Hui Hai’s VA was a bit on the low side (even with the voice volume maxed out).

Overall, I really enjoyed Lost in Secular Love, the story is fun and characters are phenomenal! Qiye ranks pretty high on my list of otome heroines and the love interests (Zhi Kong aside) were really likeable. The fact that the love interests are monks will be a bit off putting to most folks and I will admit to being a bit on the fence about the game but give it a chance, you won’t be disappointed.