Hey there Blerdy Tribe, is it just me or did this month kind of breeze by? But, I suppose when you’re going on 7 months of staying at home the days and months kind of blend together.

August marked the 5th Anniversary of this blog and for those of you that have been around since my Nice Job Breaking It, Hero days, I just want to say THANK YOU for sticking with me for so long! It has been one hell of a journey and I couldn’t have done it without the love and support of all you wonderful folks out there. You guys are the real MVPs here!

We’re kicking off September and the end of my 20’s, but before we tackle that, lets take a bit to look back at the month of August here on Blerdy Otome!!

Couldn’t think of a game on my own so I turned to twitter and as always, you guys came through! Thanks to everyone who participated, I really loved seeing your picks! There was a nice mix of suggestions—some of the games I had played, some I hadn’t, but I decided to go with Meg’s (@PearlyShelves) choice—Lost in Secular Love. For those of you that aren’t familiar with the game, Lost in Secular Love is a chinese otome game developed by Yetu Games. In the game you play as Qiye, the daughter of a noble family that has fallen on hard times. Not wanting you to suffer, your mother sends you to a local temple in hopes of marrying one of the monks there, Zhi Kong. 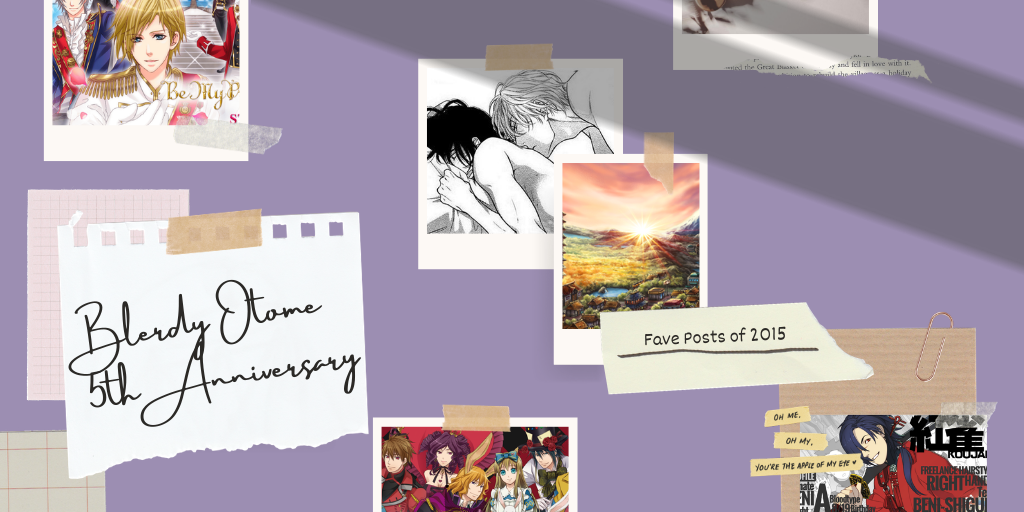 Can you believe I’ve been blogging for five years?! I’ve come a long way since my Nice Job Breaking It Hero days and while I’m always looking towards the future, every now and again I like to take a look back and reflect on my past. So this year I’m going to share some of my favorite posts from every year I’ve been blogging!!

Kicking things off with 2015! I was just getting my start back then and I didn’t really have a “style” so to speak, so I just kinda wrote whatever popped into my head… with some interesting results.

From Around the Reader

I’ve been taking time out to read posts from my fellow bloggers here on WordPress and these are some of the posts that I most enjoyed this month!! I highly recommend giving each of these posts a read and maybe check out some of their other posts as well!