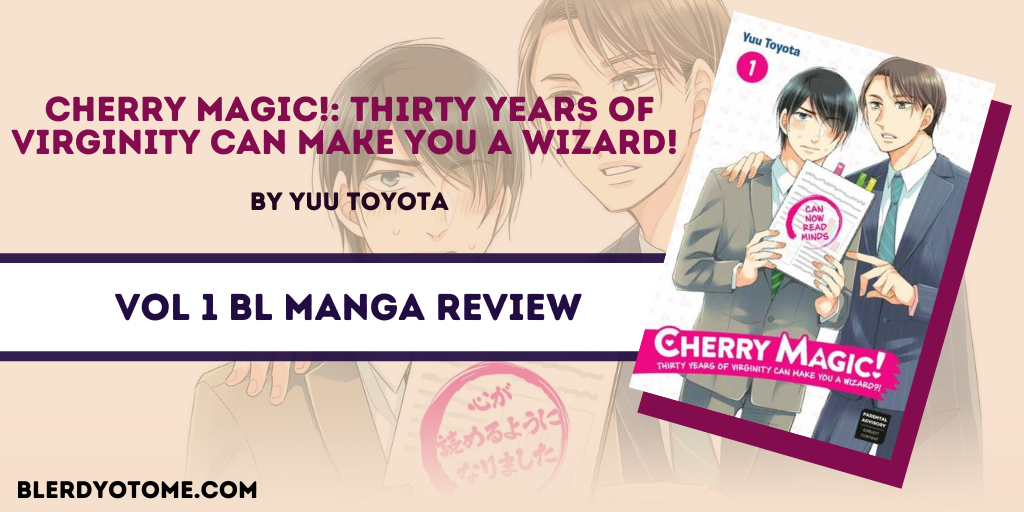 I’m not gonna lie, the only reason I picked up Cherry Magic! Thirty Years of Virginity Can Make You a Wizard?! is because it had one of those obnoxiously long light novel-esque titles. It’s absolutely bonkers and I love it—especially the idea that staying a virgin for 30 years would somehow be rewarded with magic powers. I missed out… but, let’s not talk about that right now…

This is my first Yuu Toyota series and a quick look at her Baka Updates profile revealed that she’s penned a hell of a lot of shoujo series and a single seinen series about a single dad raising his daughter alongside his recently divorced friend, that looks like it might have some boys love leanings. But, since I’ve never read that series I had no IDEA what to expect, but based on the premise and the title, I figured this was going to be a fairly lighthearted read. 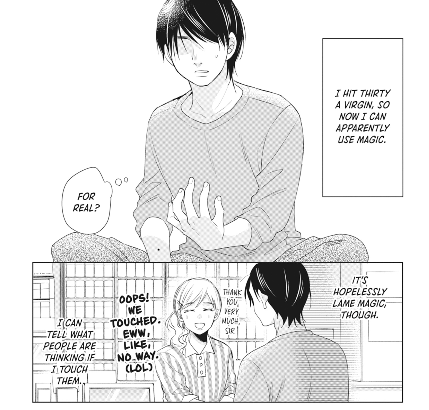 Adachi is a 30 year old virgin who discovers that his years of abstinence has been rewarded with the ability to read the minds of whoever he touches. This power has been a burden for Adachi who finds himself privy to the deepest thoughts of complete strangers—which can make simple things like the morning commute absolute HELL. He’s tried to pop his cherry on a number of occasions, but his mind reading powers always get in the way… like the time he hired an escort, but got weirded out by her super kinky thoughts. So, he’s kind of resigned himself to a life of solitude, that is until he accidentally touches the office golden boy, Kurosawa and learns that his handsome colleague has a MASSIVE crush on him!

With ZERO romantic experience, Adachi finds himself at a loss for how he should deal with Kurosawa’s burning passion… and his even more vivid thoughts…and that’s pretty much all there is to Cherry Magic. It’s cute and inoffensive, but really not all that much else. Don’t get me wrong, I liked volume one well enough, there were quite a few funny bits and I really liked the dynamic between the two leads. But, if you’re looking for something that will revolutionize the boys love genre… this ain’t it. 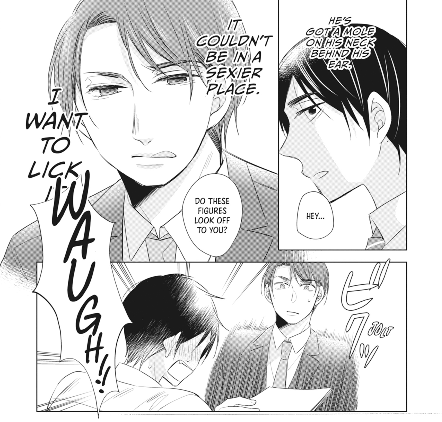 The characters are pretty by the book: Adachi is cute with a tendency to get easily flustered—the kind of guy that’s easily overlooked— you know, your typical mid-level office worker. While Kurosawa is the office heartthrob, good looking and diligent—all the ladies want him but he is too focused on his work to notice. Adachi is lowkey jealous of Kurosawa, so he decides to use his powers read his thoughts and see just what makes him so popular. But the jokes on him when he discovers that Kurosawa is harboring a secret crush on none other than Adachi himself. Kurosawa for the most part keeps his feelings in check—a welcome change from some of the more aggressive semes out there—he’s polite to Adachi even helping him with a late night project at the office. He even gets Adachi to spend the night at his house and while his thoughts are pretty get pretty intense, he never lays a hand on Adachi. He really is good guy and it’s because of this that Adachi’s feelings for him start to change and by the end of the volume Adachi has started developing a bit of a crush of his own.

Volume 1 introduces us to a beta couple made up of Adachi’s friend Tsuge and a cute cat loving delivery boy, and they are absolutely adorkable! They don’t really factor into the main plot all that much, but the few scenes we get with them are cute and I wouldn’t mind seeing more of them in future volumes… especially Tsuge, good looking megane characters are my thing. It’s also hinted that Tsuge may also have special mind reading powers too and that could be fun. 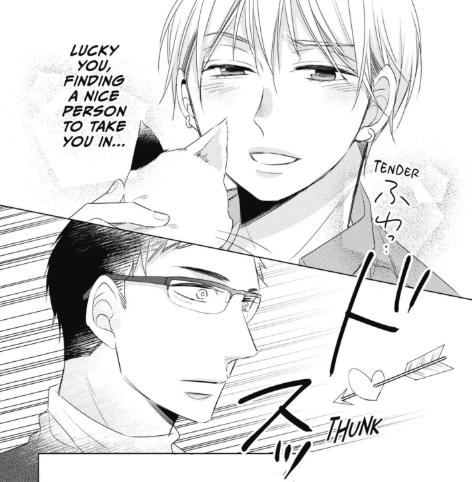 I wish there was more to say about this volume, but it’s ridiculously short—the whole thing is about 132 pages long and half of that are special extra chapters created solely for the print edition. Which was a bit disappointing given the $12.99 price tag, not to undermine the heard work that went into translating Cherry Magic volume 1, but I’ve paid the same amount for BL manga that are twice the size of this volume. On the flip side, I did like that the volume did give us a few chapters from Kurosawa’s perspective, it was fun getting some insight into his thoughts and motivations (not just the small snatches Adachi gets with his powers).

All in all, Cherry Magic: Thirty Years of Virginity Make You A Wizard volume 1 was a fun quick read. The relationship between Adachi and Kurosawa is cute and I’m invested enough in the characters to keep reading to see where they end up… and if the sneak peek at the volume is any indication, it’s bound to be hilarious.