Spring Leaves No Flowers is the third game in the LGBTQ positive One Night, Hot Spring visual novel series developed by npckc. The first game followed Haru, a 19-year old transgender Japanese woman as she goes on an overnight trip to a local hot spring for her oldest friend Manami’s 20th birthday. The second game focused on Erika, one of Haru’s friends as she attempts to plan a spa day for the girls, but she finds that accommodating all of her friends is a little difficult. 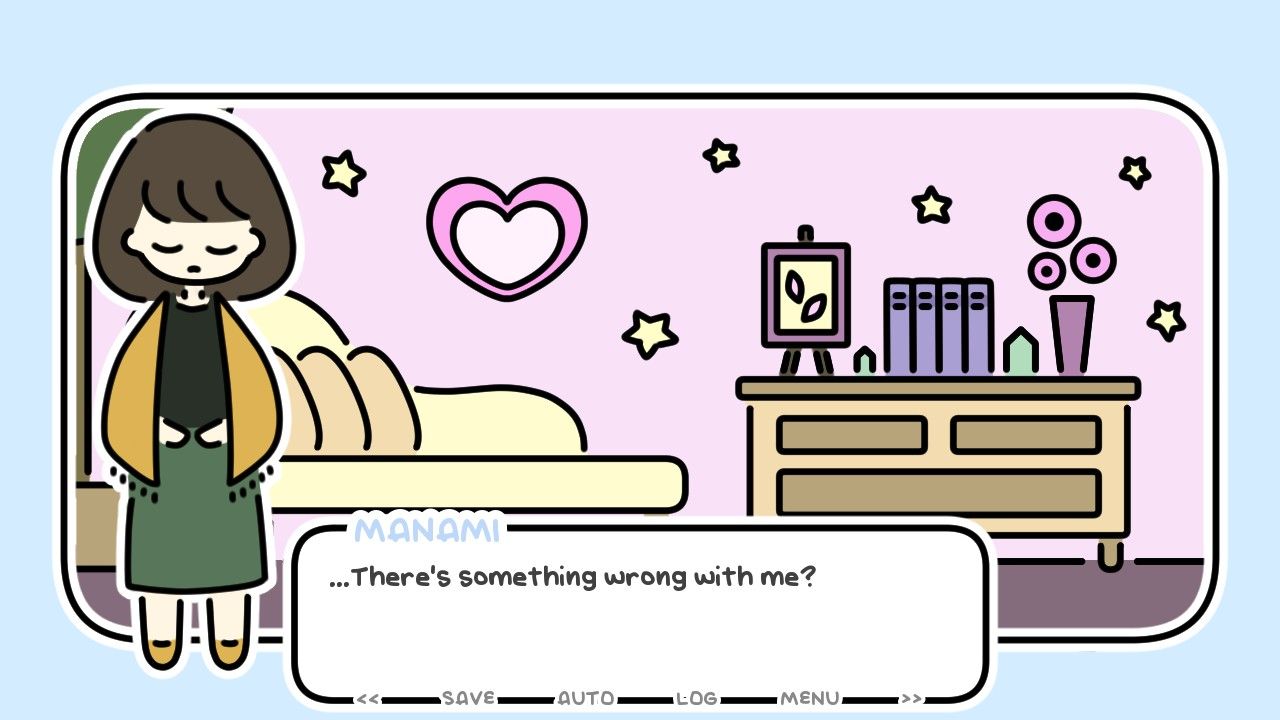 This third game, Spring Leaves No Flowers brings Haru’s friend Manami to the forefront as she comes to an understanding about herself as she thinks about what friendship and romance mean to her. Spring Leaves No Flowers picks up a few months after the events of Last Day of Spring with Manami coming home after a night out with her boyfriend Tatsuya, and her friends, Haru and Erika. While chatting with Tatsuya later that night he asks Manami why she never told him her two best friends were dating. Confused, she denies his claim, but the next day she notices that both Haru and Erika are acting strangely… maybe there really is something going on between her two best friends afterall…

Spring Leaves No Flowers is a different type of game than the first two—which largely focus on Haru and the various obstacles she faces as a transgender woman in Japan. Even the second game, Last Day of Spring, though told from the perspective of Haru’s friend Erika, focuses the bulk of it’s narrative on Erika’s attempts to plan a spa day that will be enjoyable for Haru. However, in this third entry into the Hot Springs series we see Manami and not Haru taking the lead as we step away from transgender issues and instead gain some insight into another often overlooked group within the LGBTQIA spectrum: Asexual and Aromantic individuals.

I will admit that I am not as well versed on what it means to be aromantic or asexual, aside from a very general definition— aromantic individuals don’t experience romantic attraction while asexual individuals don’t experience sexual attraction. Even with that basal knowledge, I am aware that asexuality and aromanticism exist on a spectrum, so those definitions aren’t a hard and fast rule of thumb and I like that this is the approach that the game takes with this particular topic. Manami discovers that Haru and Erika are now dating, and after talking with Erika and Haru about their relationship Minami begins to question her own relationship with her boyfriend. She questions what being in a relationship means to her, whether that is a physical attraction or an emotional connection, which in turn sends her on her own journey of self discovery.

Haru plays more a supportive role in this story, talking through Manami’s thoughts and feelings about her relationship with her boyfriend Tatsuya, but also how she defines a romantic relationship. I really like that Haru never tells Manami that she is aromantic or asexual, more, she gives Manami a general definition of what the two identities mean and gives her resources she can use to look into them more, and when Manami needs someone to talk to, she is there to lend an ear. She also doesn’t push Manami to make any decisions or to identify herself as either aromantic or asexual, rather Haru encourages Manami to take her time working through her feelings and regardless of the outcome she will always be there for her. There is a section of the story, where Manami does take an online quiz and based on your choices the quiz will suggest that Manami may fall under either the aromantic or asexual spectrum, but even then it shies away from making a definitive choice. 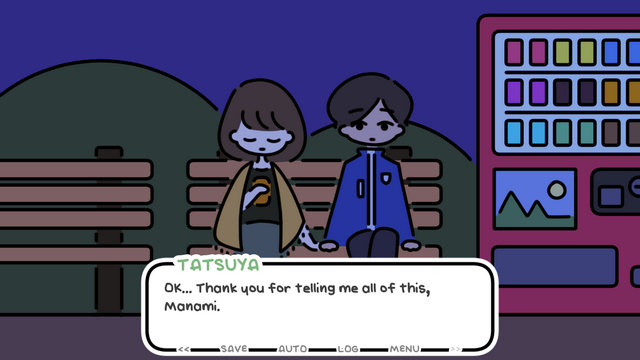 The game also has Manami talk about her feelings with Tatsuya and in keeping with the positive tone of the series, Tatsuya is very accepting of Manami. Rather than this being something that breaks up their relationship, Tatsuya offers to work together with Manami to define their relationship, however there is the understanding that if things don’t work out in the future they will both part on good terms.

Spring Leaves No Flowers touches on an important aspect of the LGBTQ+ experience—coming out. In most games a character is already secure in their identity, and while I appreciate representation in all it’s forms, far too few games focus on characters just coming into their own. It’s messy and confusing, and I think npckc does a great job of bringing those feelings to light through Manami. The ending of the game is positive, but pretty open which is a natural conclusion for the story of Spring Leaves No Flowers. Accepting who she is only the beginning for Manami, but wherever life takes her she has a strong support system in place to help her along the way.

You can reach out to Npckc on Social Media through the following channels:

Thank you for reading and supporting Blerdy Otome! Let me know what you think of Spring Leaves No Flowers!