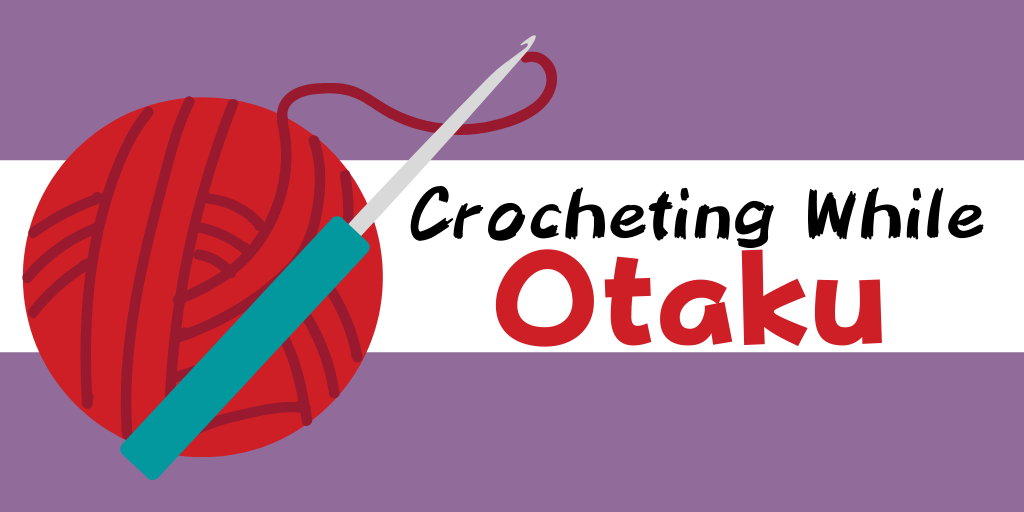 Hey there Heroes, Travelers, and Wandering NPCs, it’s been awhile since I last wrote about crocheting, and I’m going to be honest with you guys, I didn’t have anything to share because I just wasn’t in the mood to make anything new. I had to fulfill a custom order a few weeks ago, but aside from that I haven’t picked up a skein of yarn or my crochet hook since. I love crocheting and I find that it’s one of my more therapeutic hobbies, but sometimes I just don’t feel like creating anything. Which can seem strange in a world where just about everyone is trying to find ways to market their hobbies to the masses, I mean, Blerdy Otome is  kind of built on that same concept—I started this site as a place where I could talk about otome games and it’s kind of snowballed from there…

Granted, I do sell my crochet creations over on Etsy, but I’ve always maintained the notion that crocheting would always be a casual hobby. I mean, if I make a few bucks every now and again cool, but I’m not trying to build a crochet empire over here. Because even though there is clearly a market for crochet items, the act of crocheting has always been a personal thing for me.

I mentioned this before, but I learned how to crochet from my mom and growing up I really only crocheted when I needed something to help clear my head a bit, since you can’t really think about anything too complex when you’re busy counting stitches (and anyone that says they can do both is either lying or inhuman). Even now as I’m standing right on the edge of thirty, I still go into crocheting with the same mindset: I do it when I feel like it.

There are times when I’ll get hit with an awesome idea that I just have to try and for about a week or so I will forsake everything else and throw myself into that project. But, once it’s done and the spark of inspiration has left me that’s kind of it. I don’t entertain fanciful daydreams of one day selling my wares in a retail setting, because let’s face it I’ve never been ambitious enough for stuff like that. Rather, the fact that people like what I make and appreciate the work I put into my craft is all the satisfaction I need when it comes to crochet. It’s okay to keep your hobbies just hobbies! 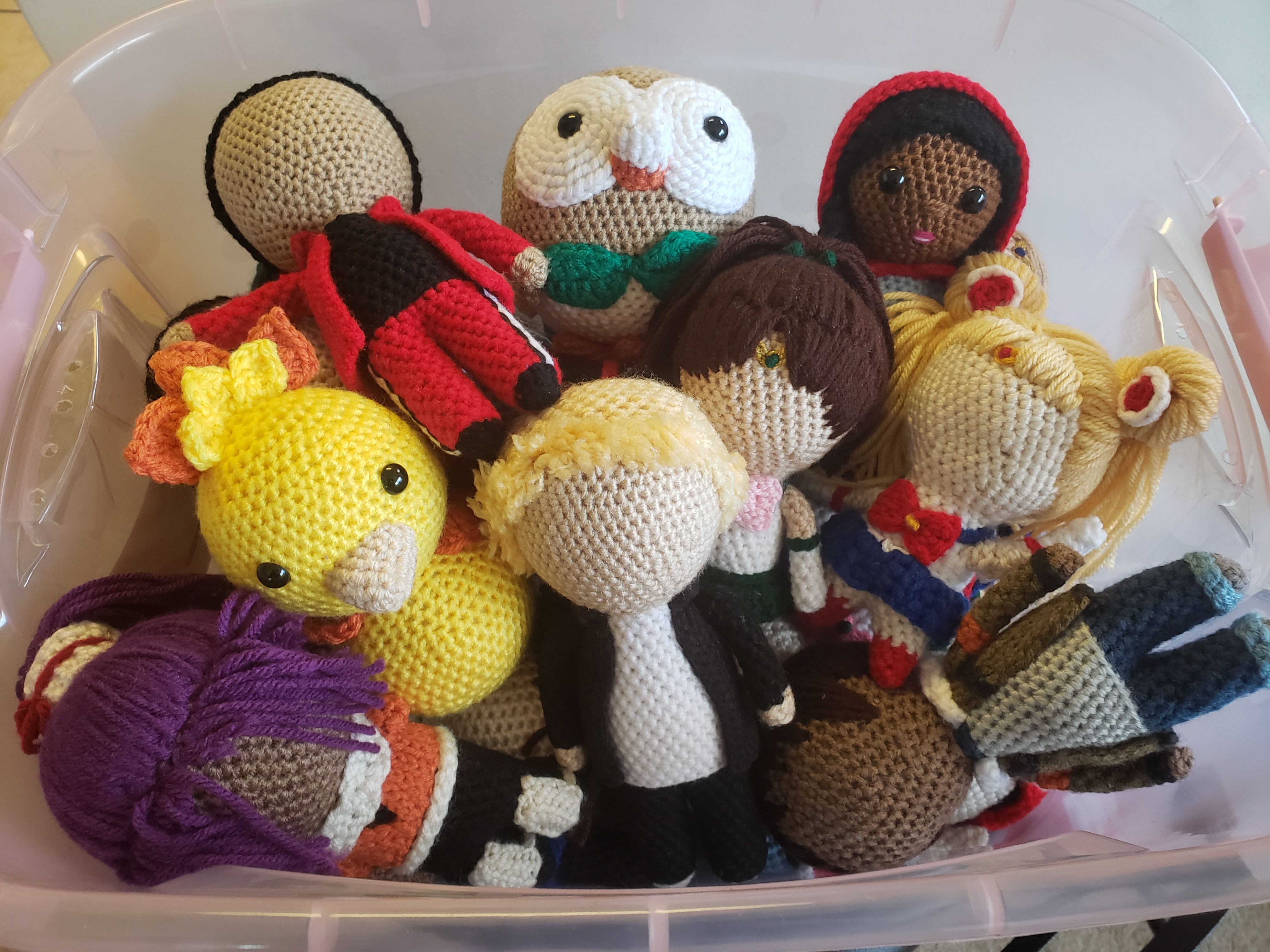 Just this morning I went through my bin of crochet dolls and it brought back so many memories! I remember exactly what mindset I was in when I made each one and while some of the earlier dolls are a bit… cringe-y, I still appreciate just how far I’ve come as a crocheter over the years.

Thank you for reading and supporting Blerdy Otome! If you like what you see be sure to drop a like or a comment to let me know about some of your hobbies and how you balance them.

11 thoughts on “Crocheting While Otaku: Keepin’ It Casual”