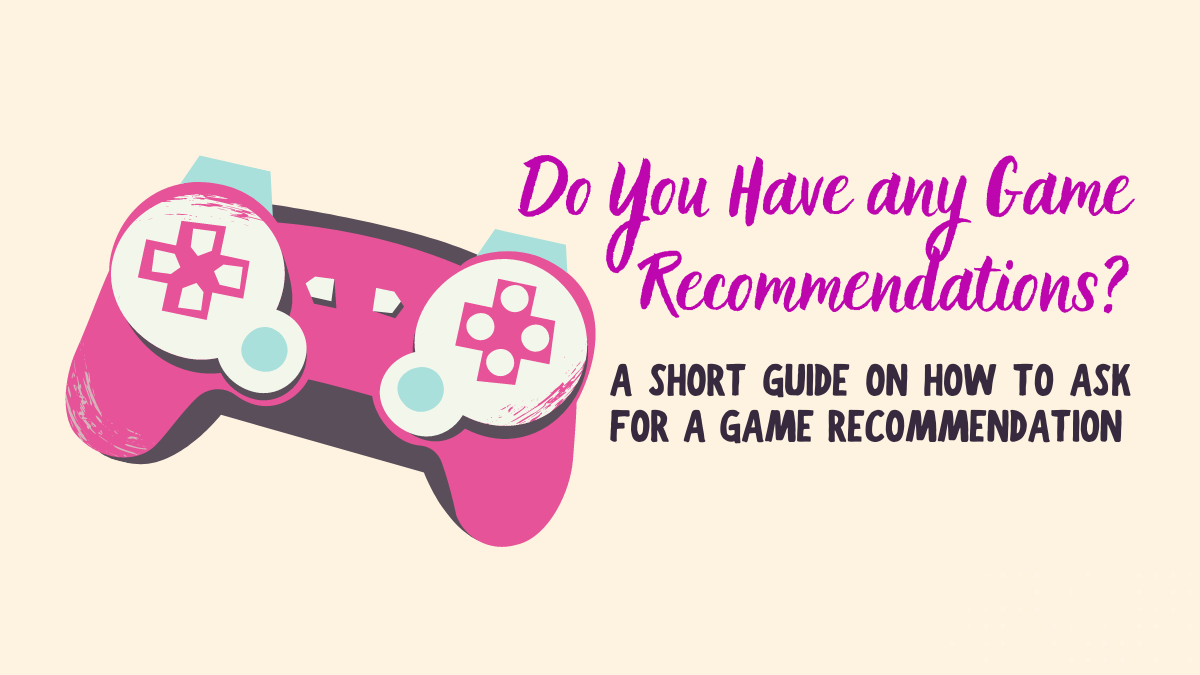 I have been running this site for a little over five years and there is one question that has plagued my blogging experience: Do you have any game recommendations?

It’s not that I don’t want to give game recommendations. Hell, I give them all the time, to friends, family, complete strangers on the internet… I have lists dedicated to game recommendations! I can’t tell you how happy I get when someone doesn’t just play a game I recommend, but they fall in love with it. It’s one my single greatest joys as a reviewer.

‘Do you have any game recommendations?’ is an innocent enough question–on the surface. Y’all this is one hell of a loaded question. Imagine for a minute that this question appeared in your twitter DMs; no background info about the asker, no point of reference on games they’ve played… nothing. Just…

DO YOU HAVE ANY GAME RECOMMENDATIONS?

Even if you know the person asking the question, you still run the risk of making a “bad” recommendation and that’s a lot of pressure sometimes OR maybe that’s just me. So, instead of sending “Do you have any game recommendations?” or some variation, here’s how you SHOULD ask for recommendations.

1. Hi, I’ve played ‘X game’ and I loved it, do you have any recommendations for similar games?

This gives the recommender a reference point to go off of, usually if you give them a list of games you’ve played they can get a feel for what types of games they should recommend to you. My Games Like post series is based off of this concept–I pick a recognizable otome game localization and give five (usually indie) games that are very similar to it, whether that is in terms of story, characters, premise, etc.

2. So, I see you play [insert genre] games too. I’ve played all of the localized otome available and I’m looking for indie games that are similar.

By giving the recommender a genre you narrow down the scope. This way the person doesn’t recommend a first person shooter when you’re looking for a slice of life romance. The main goal is weeding out titles and ensuring that they at least recommend something that is in the general ballpark of what you already like.

3. I have [insert gaming platform] do you know of any [Insert genre] games that I can play there?

Platform! Y’all don’t know how many times I have recommended a game to someone and they don’t have the platform that game is on. Some games come on multiple platforms, some are console exclusives… and don’t get me started on operating systems. So help your recommender out by letting them know what gaming platforms you have access to.

So the next time you ask for a game recommendation, don’t just ask “Do you have any game recommendations?”. Instead, help a friend out and tell them a bit more about what kind of game you’re looking for… just a bit of detail could save you both a lot of grief.

As always thanks for reading and supporting Blerdy Otome!!