Would-be adventurer Flora accepts a job to retrieve a stolen item for a shady bartender. In order to retrieve the item, she’ll have to infiltrate a group of notorious bandits by posing as a new recruit. Fortunately, she has the help of two other adventurers. UNfortunately, her companions seem completely useless without her!

According to the strangely vocal narrator, this would have gone more smoothly if everyone had remembered to make their characters beforehand…

Fetch Quest is a short GxB romance game developed by indie team HitOrMissy for the annual game jam NaNoRenO 2019. The game features about an hour of gameplay and two unique love interests. Fetch Quest, features gameplay typical of a visual novel—players make choices that determine which of the 9 endings the player can achieve (6 bad endings and 3 normal endings). 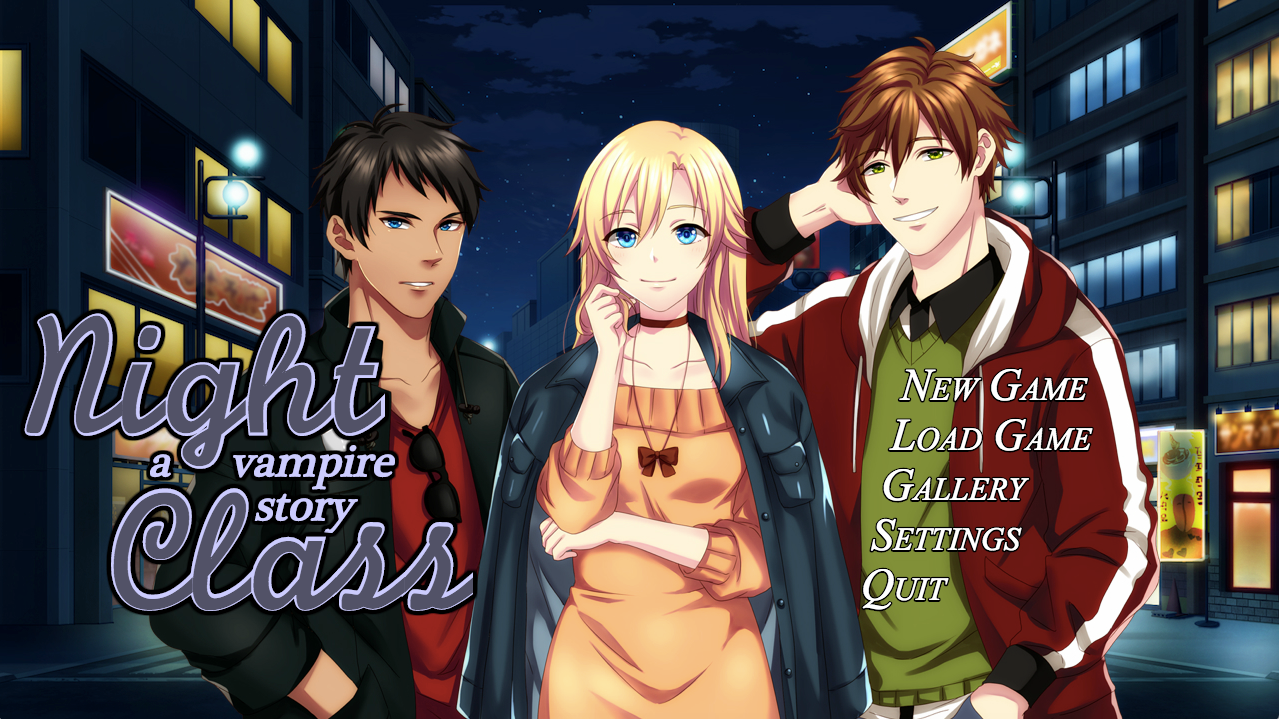 Rowan’s life is at a bit of a dead end. To pick up her spirits and make her feel more in control, she enrolls in a local night class. There she meets Jake and Aaron, a pair of brothers. But Jake and Aaron are more than they appear..

Night Class: A Vampire Story is a short free to play romance visual novel developed by MizMary and created using Visual Novel Maker. The game is pretty short taking anywhere from 15 minutes to 30 minutes to complete and there are 6 unlockable CGS and three distinct endings to achieve.

In the depths of a dark and unforgiving forest, an exiled princess whiles her time in solitude. For a girl raised in the lap of comfort, the woods are impossibly harsh, and day-to-day survival is the most she can manage. One day, however, a mysterious, beautiful maiden appears, throwing her world out of its already delicate alignment. The princess is instantly captivated by this stranger, and begins to fancy herself the heroine of a fairytale, even as the maiden proves herself to be less and less of a fantasy.

Foolish princess. She should know by now that her life is no fairytale.

In seven days, the wheel of fate will splinter. Seven days, for better or worse…

Without a Voice is a free to play dark fantasy visual novel developed by L³ for the annual game jam, Yuri Game Jam 2016. The game has 8 unique endings to unlock and 12 special event illustrations. Without a Voice is a yuri game, so it features a single female love interest.

5 thoughts on “Thrifty Gaming: Games That Won’t Blow Your Budget #53”