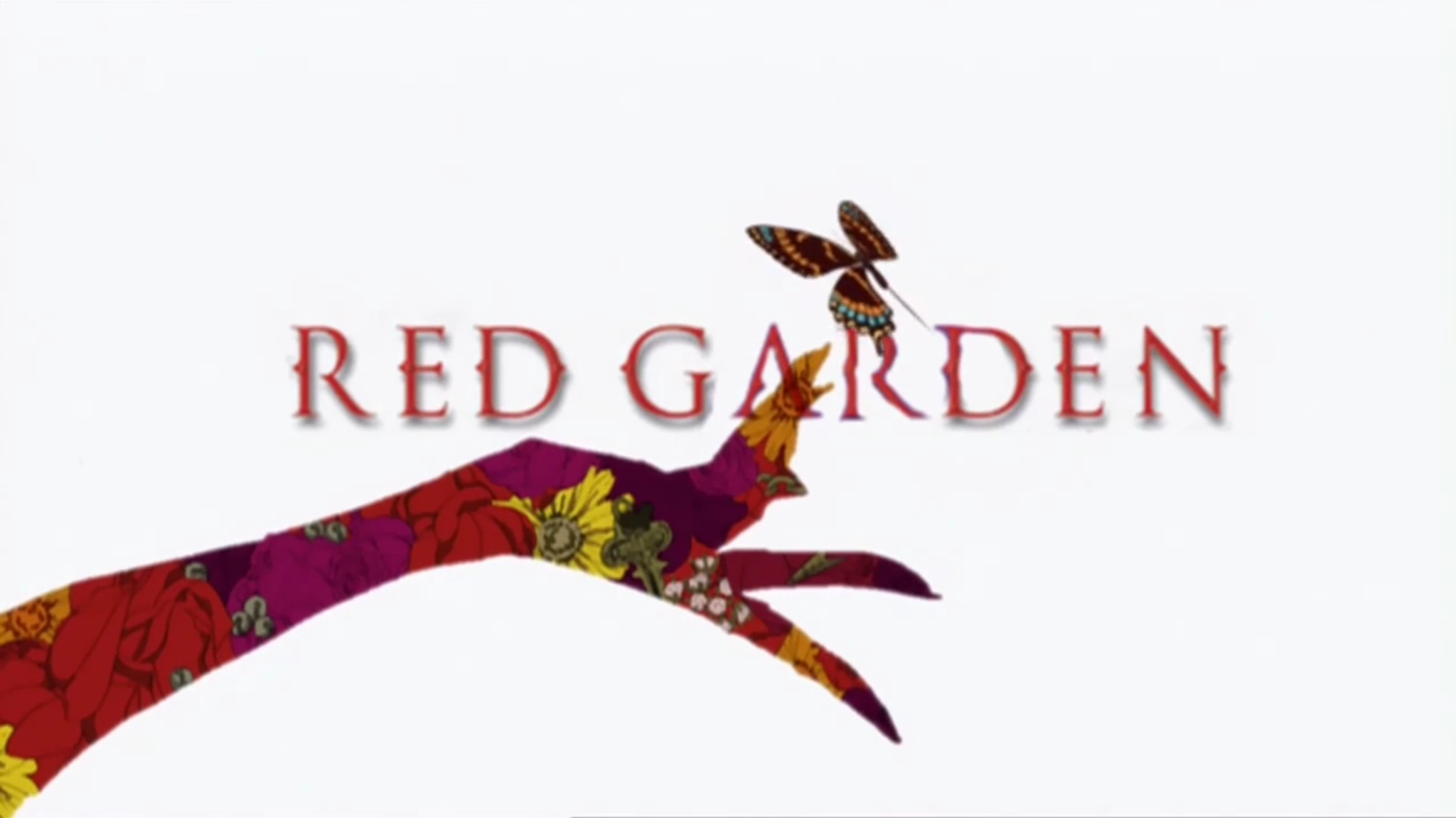 Red Garden is a 22 episode anime, released between 2006 and 2007, later in 2007 a 45 minute OVA epilogue was released. The series follows four high school girls from New York as they find themselves caught up in a string of supernatural murders happening throughout the city.

What I really like about the show is how random everything seems in the beginning. At first you think you’ve stumbled into a high school slice of life drama, as we see each of the four girls waking up after what seems to be have been a rough night. We follow each girl as she prepares to attend their elite private school located on Roosevelt Island. You really get a glimpse at how different these girls are from one another,  each coming from a different walk of life. Kate is an affluent teen and revered member of Grace, a student council like organization at their school. Rachel, while she is the typical queen bee type, fashionable and popular, lives in a single parent home with a neglectful mother. Claire is the independent one in the group, she lives alone in a crappy apartment in the city. Then there’s Rose the youngest of the group, not only does she have to take care of her younger siblings while her mother is sick, she also has to maintain the full scholarship that allows her to attend the prestigious private school.

But, all four girls have one thing in common, a single friend, Lise, who’s body was just found dumped in a nearby park. From that point the lives of these four girls are forever changed. In the subsequent days the girls begin seeing strange butterflies that lead them to meet a woman who informs them that they are actually dead and must work for their organization in order to continue their existence. She explains that they are using borrowed reanimated bodies, and that if they do their job and eliminate all of their targets that they will be returned to their regular bodies. And what is their job? Killing monsters. The girls must learn to work together and kill monsters, or else they will die for real.

I love the artwork in this anime…large noses aside…The backgrounds are beautiful and at times you really feel like you’re in New York city! And don’t get me started on the clothes! They are to die for! Then there is the music, in the beginning the girls spontaneously break into song. I kid you not, for the first 4 or 5 episodes a different girl will randomly have a moment alone to sing about her feelings and thoughts…but the idea gets dropped after that without any explanation, I really wish they had kept it up, it was interesting. This anime is unique because it employs a dubbing technique rarely used in Japan. They animate the characters, after the voice acting is recorded. It’s really noticeable when they sing!

But, what I really enjoyed about this show was the character development! That was really what kept me watching until the end, not the mystery.  Especially, Rachel’s character development, she went from shallow party girl to fierce monster fighting bad-ass! Now, that girl really grew up over the course of the show! But, Claire is still my favorite!

There is enough drama, mystery and angst in this show to keep you watching despite some of the more ridiculous plot points. I highly recommend giving it a look if you happen to have a little time on your hands you won’t be disappointed (maybe a little confused though).

Do you have any suggestions for posts? Are there any specific anime/manga you want to see a Fangirl Moment for? Any burning questions? Want me to review a specific game or character, maybe a specific manga? Feel free to Comment on this post or Ask Me on my tumblr!  As always Thank You for reading!