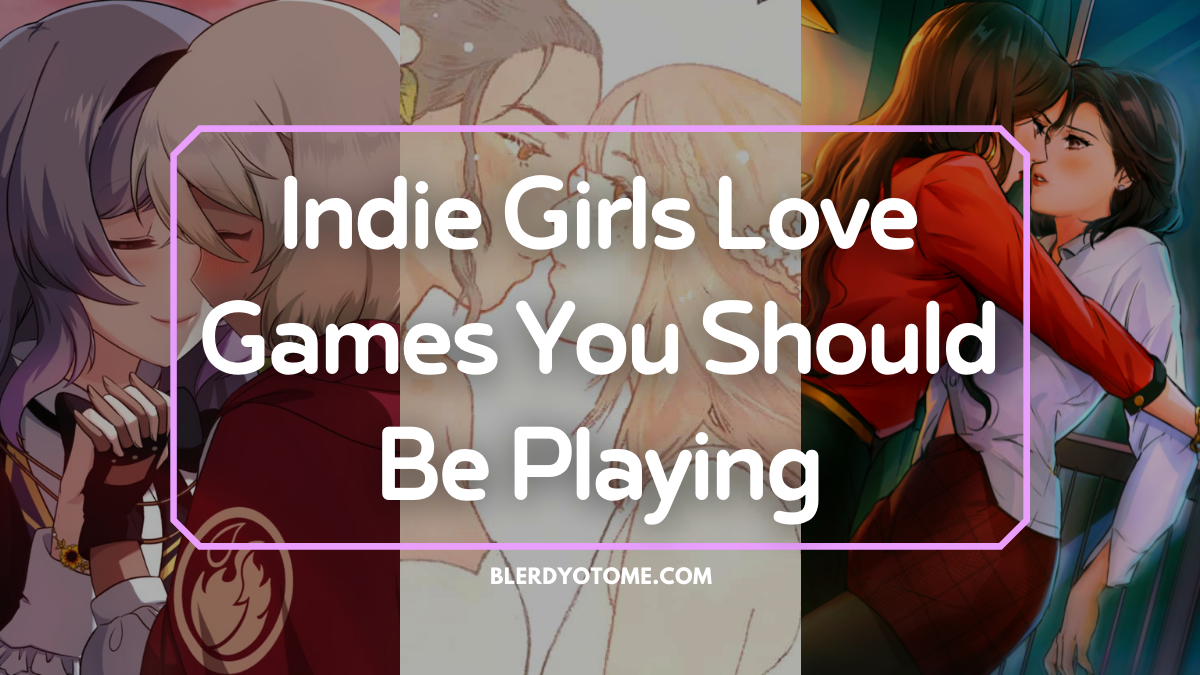 Hey Hey, Blerdy Tribe! If there was a genre of games that I’m not as well versed in it would have to be Yuri/Girls’ Love. I’ve just never been especially drawn to the genre and growing up in a more traditional Southern Baptist household didn’t lend itself to exploring more niche genres—I’m a grown adult living on my own and my mom still isn’t “aware” of my love of BL media, which is a wonder seeing as it’s all over my Insta account.

It’s only been in recent years that I’ve started to seek out more GL series, particularly games and I’ve had the opportunity to play some really good ones! So I’ve compiled a list of some of the indie otome games I think you should add to your gaming library! 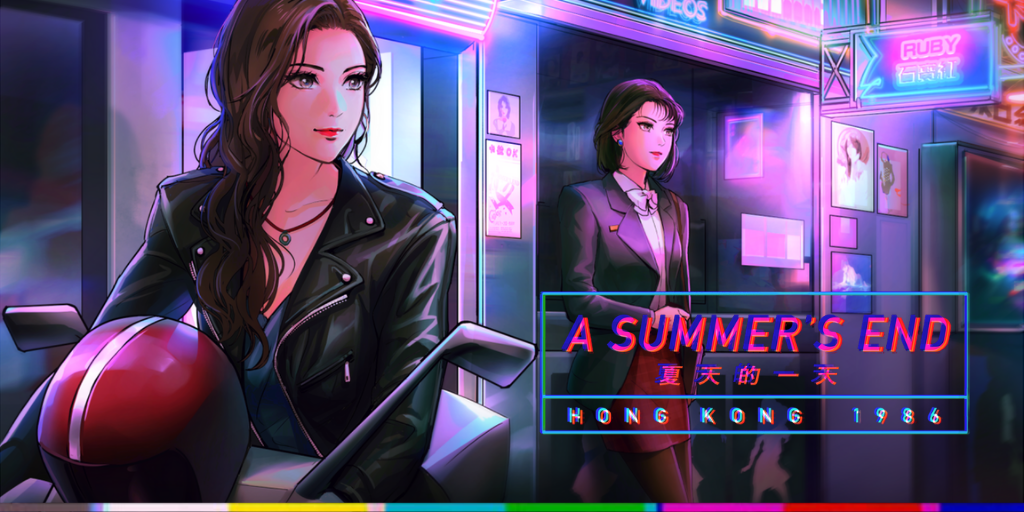 Follow the story of Michelle and Sam, and how their chance meeting evolves into a deeper romantic relationship. Set in vibrant Hong Kong in the year 1986, it is an original story about love, family, and culture.

I am a sucker for anything set in the 80’s—from the fashion to the synth heavy music, there is just something about the decade’s unique vibe that just speaks to my 90’s kid soul. So, when I saw, A Summer’s End – Hong Kong I was in heaven! The game is chock full of all that delicious 80’s goodness, but also delves into a young woman’s journey of self discovery and how her awakening conflicts with her family expectations and traditional cultural norms. The romance is really handled well and by the end I was really invested in the relationship between the main leads—whether or not they end up together at the game. A Summer’s End is an experience that doesn’t shy away from the confusing emotions of someone struggling to accept themselves and take the first steps into the unknown. 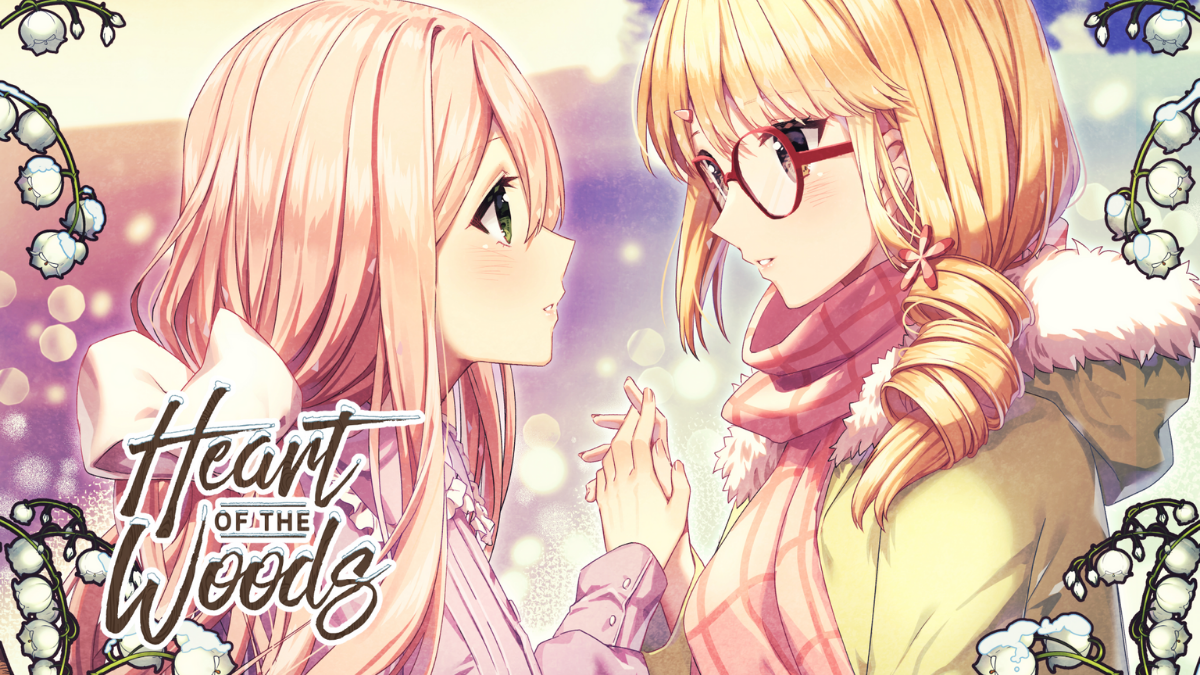 Heart of the Woods

Maddie Raines has had enough. After years of serving as manager, editor, and general business-handler for her best friend Tara’s popular paranormal vlog channel, she’s finally ready to move forward with her own life. But when she agrees to take one last trip with Tara to the mysterious village of Eysenfeld, she’s suddenly swept up in a dangerous supernatural crisis that will change the course of both of their lives forever. A strange young woman named Morgan has promised them undeniable proof of real paranormal phenomena, and what she has to offer eclipses anything they’d ever seen before.

However, out of all the strange occurrences the three of them bear witness to, one in particular captivates Maddie in a way she’s never been before: the ghost of a young woman. This woman is Abigail, the victim of a centuries-old injustice now bound eternally to the forest surrounding Eysenfeld. Drawn to Maddie in a way she can’t explain, Abigail reveals herself to another person for the first time in more than 200 years.

While Tara and Morgan investigate the mysteries surrounding the village itself, Maddie begins to form a bond with Abigail that grows to be more intense than any bond she’s felt before. As she learns the truth about Abigail’s death and imprisonment, she realizes that it falls to her and her friends to break the curse that has ruled over Eysenfeld for centuries. But more importantly than that, it falls to her to finally free the woman she loves.

The moment Tara and Maddie arrive the isolated, snowbound village of Eyesenfeld it’s like we’re transported into a time and place where fantasy and reality co-exist. Heart of the Woods is a visual novel that wastes no time drawing you in to the supernatural mysteries surrounding Eyesenfeld—will-o-wisps, forest spirits, ancient secrets and more draw you in as Tara and Maddie explore the strange goings on in Eyesenfeld. Follow their investigation and form emotional connections with other characters and uncover the truth behind an age old mystery.

A classic love story: Meet, marry, grow old.
But when your loved one hurts you, what do you do?
Is it better to love and be hurt, than never love at all?

If you have never played one of Angela He’s games, stop reading and go play one right now (and then come back). Angela He is one of my fave indie developers, delivering emotional, thought provoking stories that explore complex themes is an abstract… almost artistic way. To call them games feels like a bit of an oversimplification, because each release is an experience. Follow August and May through their relationship, from their first meeting to the honeymoon phase of their romance and beyond. But, unlike most romance stories that end with happily ever after, A New Life delves into the unexpected hardships life throws at us.

Check out the full review: A New Life Game Review – How Will You Fill the Pages of Your Story? 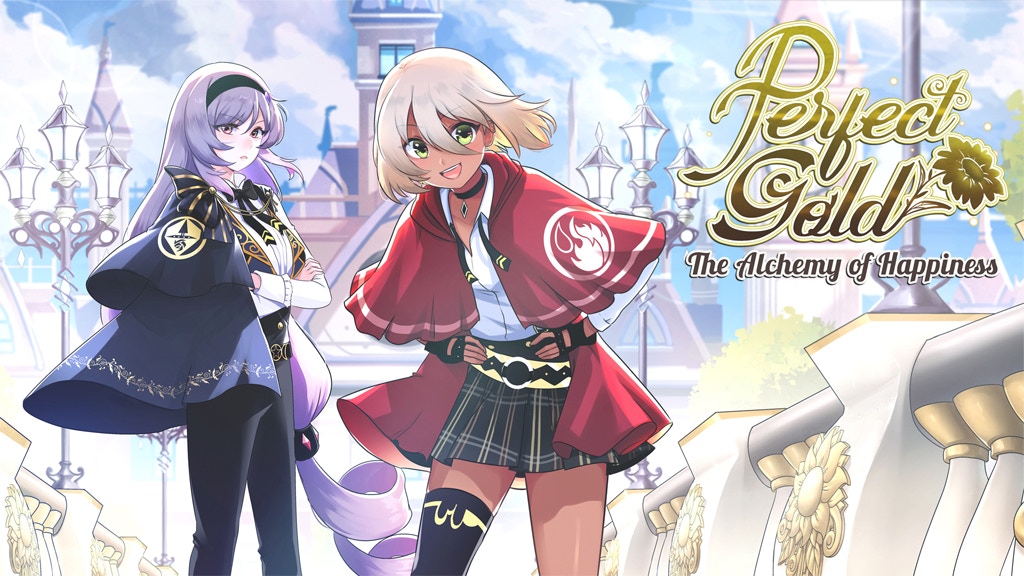 Perfect Gold: The Alchemy of Happiness

Perfect Gold: The Alchemy of Happiness is a short, coming-of-age yuri visual novel about two former friends who escape detention in order to celebrate the Sunflower Festival. Set in the magical city of Castlecoast, readers get to know Audrey Clary, an alchemy student and heiress who secretly dreams of a different life, and Marion LaRue, a rebellious elemental magic student in search of someone she once loved.

The chemistry (sorry, not sorry) between the main leads Audrey and Marion is electric in this super cute coming of age visual novel. Follow these two former friends as they work to rekindle their relationship and discover what they want out of life. With all the mature stories out there, sometimes it’s nice to take a step back and play something a bit more wholesome and sweet. Perfect Gold is on the short side, but what it lacks in playtime it more than makes up for in heart. 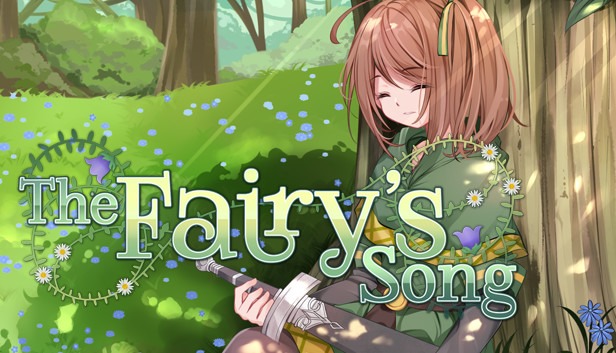 Developed by ebi-hime | Available on Steam

Marnie, a bored goth girl, accidentally stumbles upon a sleeping female knight in the forest. Together, the pair must work to break a centuries-old curse, while romantic feelings between them begin to grow.

Indie developer, Ebi-Hime has made a name for herself with her extensive catalogue of visual and kinetic novels, most of which explore the relationships between women. If you’re a yuri fan and you haven’t played any of her games, I highly recommend giving them a try ASAP, each one is a one of a kind experience! The Fairy’s Song offers a much more relaxed fantasy that is as cute as it is interesting, follow Marnie, a bored goth girl as she meets a sleeping knight in the forest. Unbeknownst to her, this chance encounter will pull her into a magical adventure that will change her life forever!

Butterfly Soup follows four young, queer Asian-American high school girls as they navigate the ups and downs of growing up and bond over their shared love of baseball.

Butterfly Soup is a short, sweet coming of age story about four LGBTQ Asian-American teens, as they navigate the ups and downs of high school and friendship. The game offers an interesting look at the lives of all four of the girls, and their relationships with one another, particularly the budding romance between Diya and Min-Seo as they come to terms with their budding feelings for one another. While the game does address the complex nature of their relationship, the game is relatively lighthearted, and hopeful.