Angela He just dropped her newest visual novel, a new life the sequel to her game, missed messages—which explores the importance of communication, as we explore the relationship between a young college student and her roommate, May. Despite living together, the two rarely interact and when May begins to distance herself further, you must decide whether or not you will reach out and bridge the gap. missed messages deals with some heavier themes related to self harm and suicide, which can be triggering for some individuals. However, despite that missed messages manages to tell an emotionally driven story that will stay with you long after it reaches its conclusion. 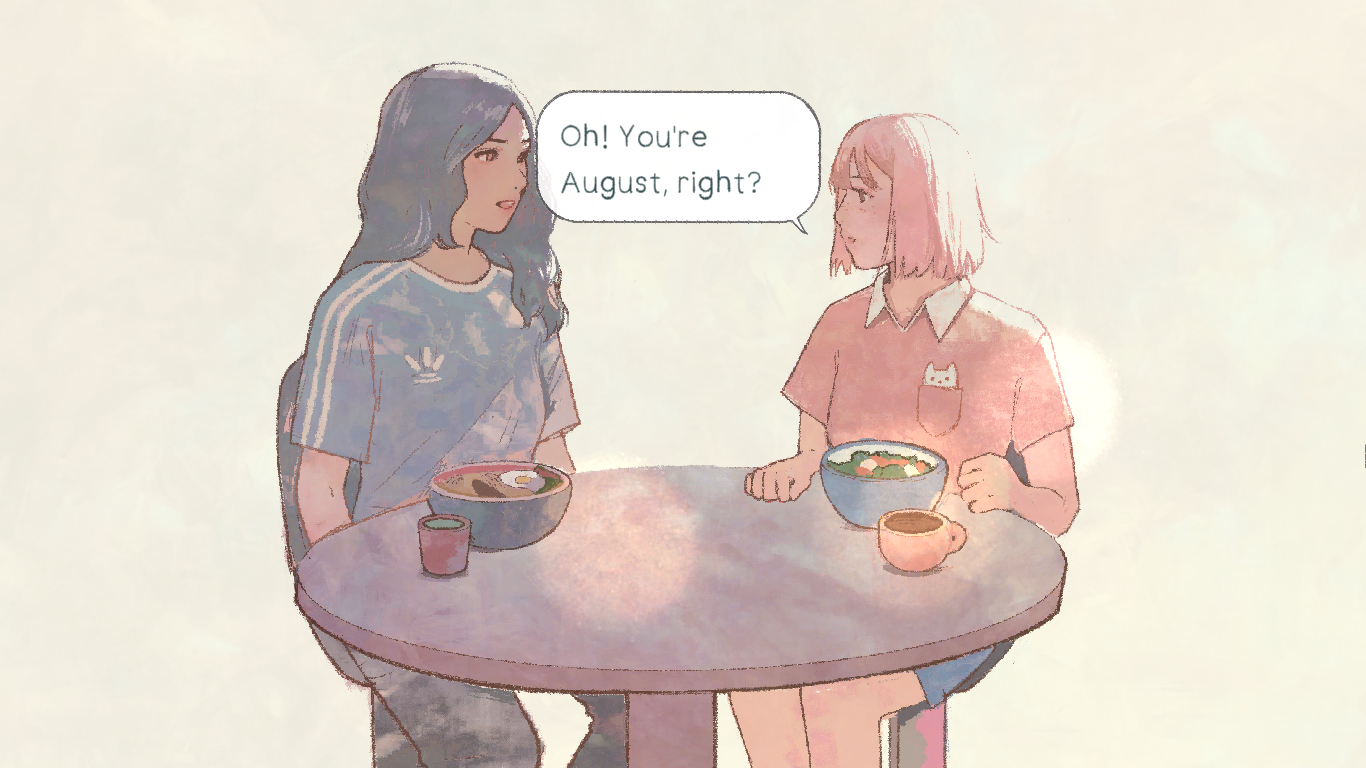 a new life brings back the main characters from the first game, following August and May as they embark on their happily ever after together as a couple. But, sometimes life has other plans—a new life gives us an intimate look at their relationship as they navigate the emotional highs and lows of life and love. Like Angela’s previous visual novels, a new life doesn’t hold back on the emotional punches and there are a few heart-wrenching moments, but ultimately, it is worth the experience.

I have played quite a few of Angela He’s games and each is better than the last! She has a knack for telling thoughtful and visually engaging stories that emotionally resonate with players. a new life, follows the same thread as He’s previous titles, this time she delivers a bittersweet romance between two women who meet and fall in love, taking us through the paces of their relationship, from their first meeting to their first kiss and beyond. a new life is about connecting and dealing with loss, and anyone who has ever played one of Angela He’s games will know tragedy is just around the corner for August and May. However, tragedy isn’t the focal point of the pair’s story, rather it’s the love that they share for one another and the time they spend nurturing their relationship.

Life rarely turns out how we expect it to, so it’s important to cherish the moments we have. Loss is inevitable, even if you “do everything right” tragedy can still touch our lives so rather than dwelling on the pain, it we should learn to accept it as a necessary part of the human experience. While you ultimately shape the story of a new life there are certain outcomes that are unavoidable, but depending on your choices throughout the game how you view this outcome changes drastically. This isn’t a game you can just play through once, like many of Angela’s games the story of a new life unfolds over multiple playthroughs—each ending revealing more about the characters, their relationship, and the world around them.

a new life is a celebration of love and loss that draws you in with it’s soft pastels and lo-fi soundtrack, but you stay for the beautiful emotional story and characters. As it is with life, sometimes there are are no perfect endings and in a new life there is no “happily ever after”—life goes on, what’s important is that we carry our experiences with us as we grow. August and May’s story is one that will stay with you long after you finish it and that more than anything is the mark of a truly great experience.

You can reach out to Angela He on Social Media through the following channels:

Thank you for reading and supporting Blerdy Otome! Let me know what you think of A New Life!