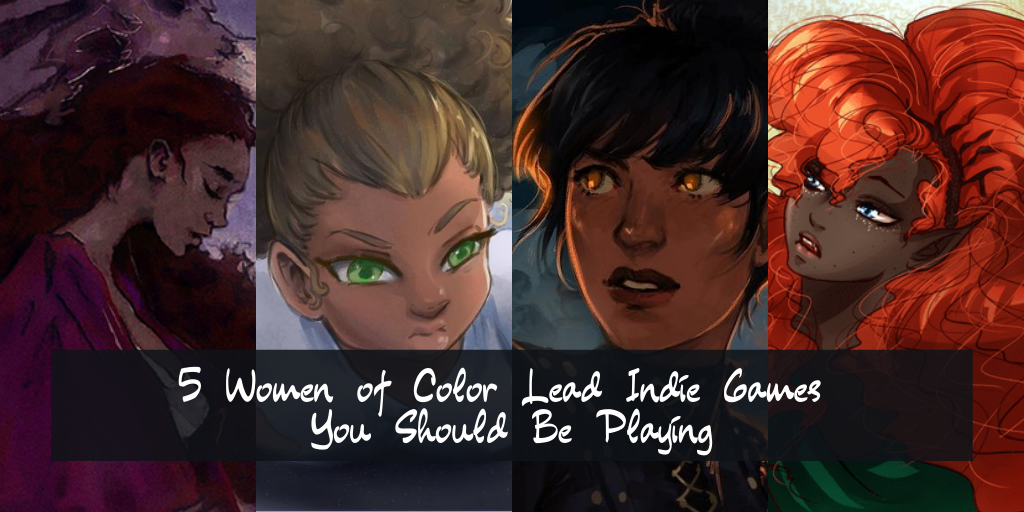 Video games are becoming much more diverse, with more and more creators of color are setting out and starting their own studios, which in turn means more representative games. Upcoming titles, Ocean Pearls and Validate are both being developed by entirely BIPOC teams and feature characters of color in prominent roles. As a Black female gamer, I am thrilled with this shift towards diversity in games, because it provides greater storytelling opportunities and more visibility for people of color—particularly women of color!

So, I took about compiling a list of games featuring Black and Brown female leads! Since I am but one humble blogger,  I took to Twitter to solicit help with this post and as always my followers more than rose to the occasion!

Hey Twitter! I am looking for indie romance games with Black or Brown female leads. Can you help a Sis out with some recommendations? pic.twitter.com/53i69pe3KD 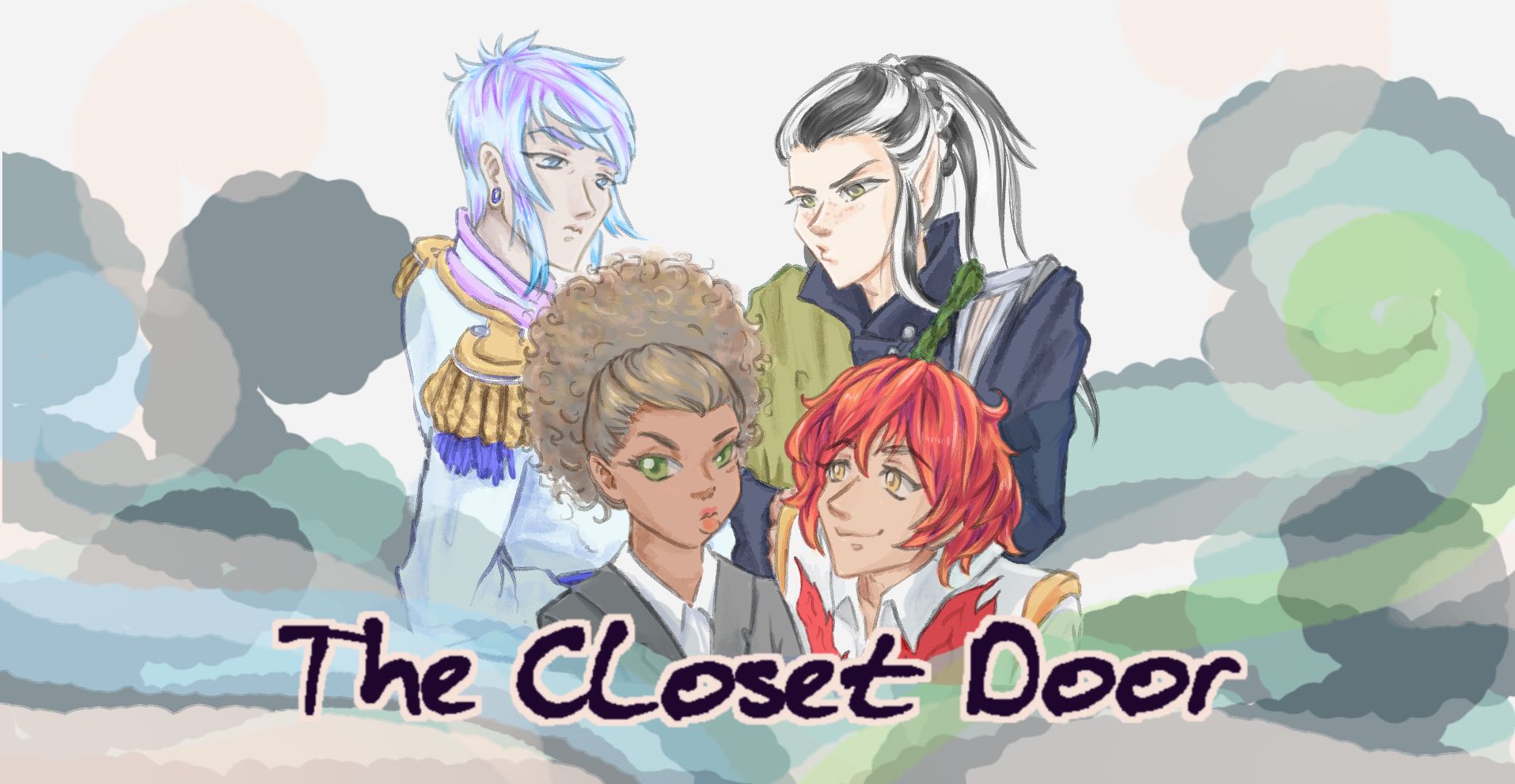 The Closet Door is an upcoming fantasy romance visual novel developed by Tuff Mallow Interactive and their debut title, set for a third quarter 2020 release. Currently an hour long demo is available for download via itch.io. In the game you play as Faun is a self-sure business diva who finds her life turned upside-down when she is transported into a strange world filled with magic. There she encounters three young men with magical abilities who are eager to assist her as she navigates her new surrounding.

Faun is a strong, confident, and beautiful young woman who always seems to be in complete control—she has worked twice as hard to be the best of the best, relying on her wit to get ahead in the world. She knows what she wants out of life and she isn’t afraid to take her fate into her own hands, a stark contrast to the usual impassive romance heroines. She is a very human character and it’s fun to experience the events of the game from the perspective of such a dynamic character.

Without a Voice is a dark fantasy yuri visual novel developed by L3 for Yuri Game Jam 2016. The game has some subtle nods to popular fairytales, like Hans Christian Andersen’s The Little Mermaid, but with a darker twist. In the game you play as Cassidy, an exiled princess living alone in a small cottage, deep in the woods. One day while out on a walk she discovers a mysterious young woman named Elowen resting beneath an ancient tree. Captivated by the beautiful woman, Cassidy spends her days getting to know Elowen—but the more time they spends with her the more questions she has about her mysterious companion.

As a result of her sheltered life in the palace, Cassidy is optimistic and naive—much like most fairytale princesses—but she possesses an inner strength and fortitude that has helped her survive life in the forest.  She is a very caring and considerate person, but when problems arise, she faces them head on! Without a Voice is available for free over on itch.io and Steam.

Check out my review of the game: Without a Voice Yuri Game Review – A Melancholy Fairytale

Cross the Moon is a linear mystery visual novel developed by Patrick Rainville. The story is told from the perspective of three unique protagonists, a pair of vampire siblings Aurore and Lux Amanite and an ambitious police inspector Ryouko Otsuki. The mysterious death of a young man, brings the siblings and the detective into an unlikely alliance that will pull them into a world of occult obsession and corporate corruption. Together they must get to the bottom of mysterious goings on in L’Amour and uncover the truth behind secrets some would rather keep buried.

I will admit that this game just recently came to my attention, but the immersive mystery storytelling and POC main cast immediate caught my attention. Cross the Moon delves into the complex relationships of the main leads, weaving together three distinctive narratives that give the overarching mystery much more depth than you’d expect to find in a kinetic novel. Cross the Moon is available for just $5.00 USD over on itch.io and Steam. 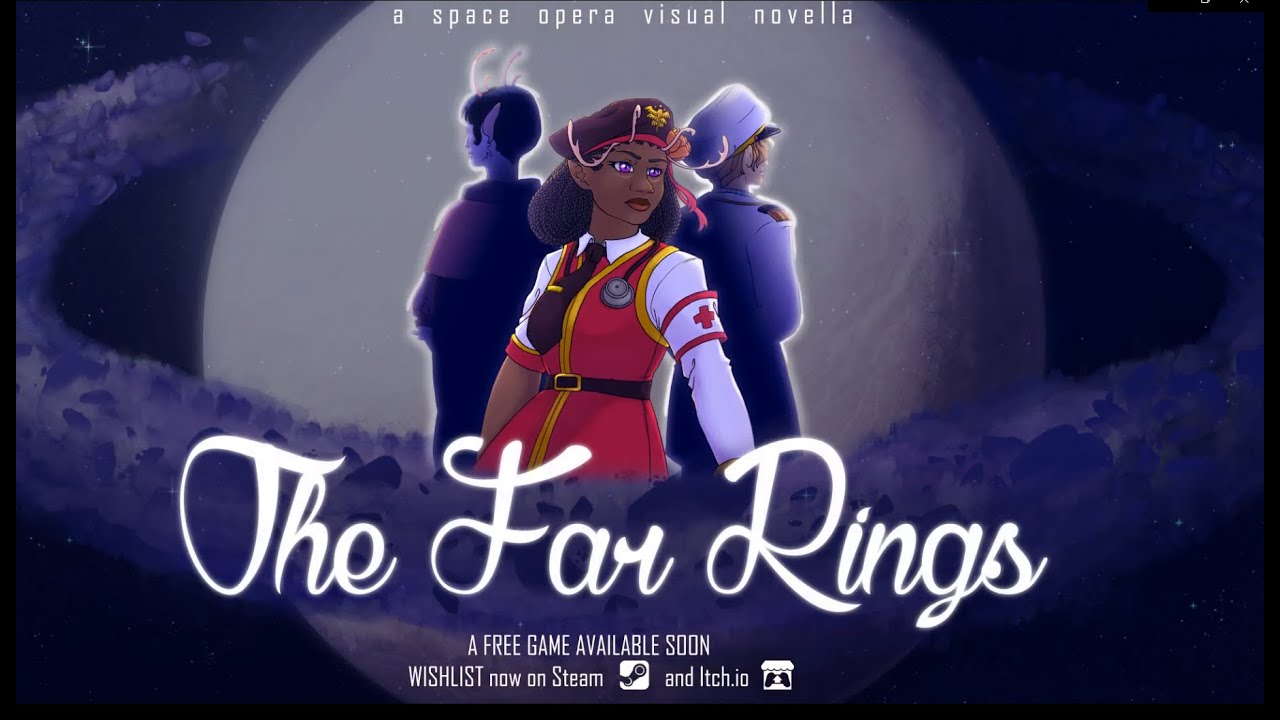 The Far Rings is described as a “space opera visual novella” and was created by Heiden in 48 hours for the Global Game Jam 2019. The theme of the game is “What does home mean to you?” and follows Athena, a passionate young doctor of mixed alien heritage during the tail end of a trip ‘home’. Her company on her journey is the ship’s captain, Odysseus and an alien war criminal, Chiron—in getting to know her fellow travelers Athena will come to an understanding about herself as she decides where it is that she truly belongs.

Athena is the sole survivor of a medical refugee camp that was recently attacked by alien forces, you’d think that would make her unsympathetic to the Ogygian, however more often than not she serves as the neutral party. She is very engaged in the events of the story and the conflict between Ogygia and Aeaea—your choices throughout determine not just your own fate, but the outcome of the relationship between both races. The Far Rings is available for free over on Steam. 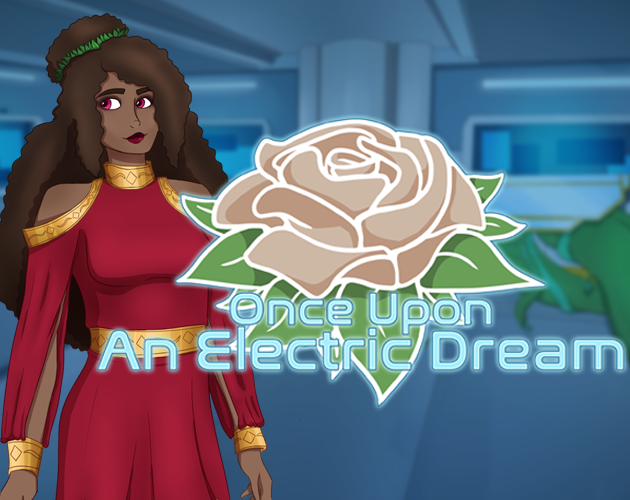 Once Upon An Electric Dream

Once Upon an Electric Dream is a short fully voiced science fiction visual novel developed by Snowhaven Studios. In the game you play as Rosavel, the Princess of Terria who is currently on a deep space mission—she just can’t remember the purpose of the mission. Along the way she must recollect her memories and the true purpose of her dangerous journey. Once Upon an Electric Dream is available for just $2.99 USD over on itch.io and Steam.

Looking for more games starring women of color? Check out these reviews!