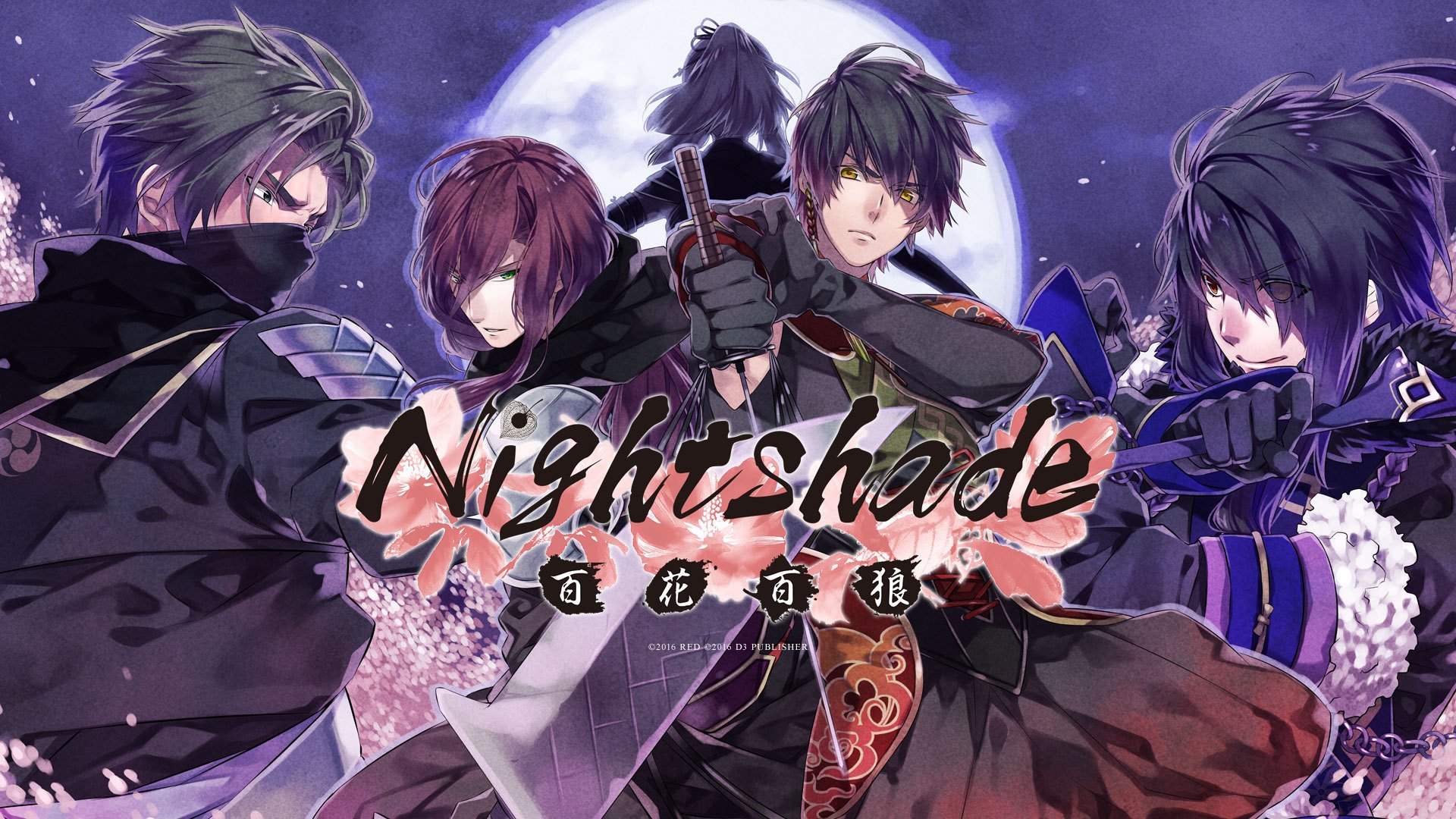 Where to Get the Game: Steam

A little while ago I went on a recovery mission into my backlog and I “rescued” a few titles from the depths. One of those titles was Nightshade. When this game was originally released I didn’t have the money to purchase it, so a friend of mine from an otome group I’m in gifted it to me on Steam. Even then, I didn’t immediately play the game, and I have to wonder that if I had played it back then when the entire otome games community was hyped as hell for this game, maybe, just maybe my opinion might have been different. But, I didn’t and I’m gonna be upfront with you guys, I did not enjoy this game and the only reason I even finished the game was out of a moral obligation to the friend who bought it for me the game.

I went in expecting Nightshade to be this epic historical fantasy on par with the much beloved otome darling Hakuoki, but what I got was a bland and largely forgettable gaming experience. Everything was just so meh, it just didn’t WOW me the way I thought it would. The premise was okay, the characters were okay, and the story itself was just… you guessed it, okay. It just didn’t stand out at all. Everything was just so predictable and unoriginal, HELL if you’re looking for a better game with shinobi, I highly recommend the mobile game Destiny Ninja it has its moments, but at least it’s FUN. Nightshade just played it too safe.

The game has you thinking the heroine, Enju is going to be this badass shinobi warrior, but she’s little more than a cosplaying damsel in distress, which is just insulting, because the game goes out of it’s way to tell us that Enju is the daughter of the clan leader and a shinobi and that she has been training under one of the most skilled shinobi in the village since she could hold a kunai. What an absolute waste! But, I’ll be damned if she actually uses her vast shinoi knowledge to DO ANYTHING USEFUL!! I know folks can be hard on otome heroines, but Enju just ticked me off!

The love interests are pretty flat too, they all feel like watered down trope characters that are only there to fill a quota. The only LI worth pursuing is Hanzo, and even he is too good for this game! He deserves so much better than this and it’s a shame he is wasted on such a bland game. Like my playthrough of Bad Apple Wars, I found myself more invested in the side characters than I was in the actual main cast, which is a clear indication of something fundamentally wrong. Nightshade was just disappointing on so many fronts. One of the few positive aspects of the game was the art, which is gorgeous. The backgrounds are beautiful, the character designs are unique and interesting.  On just looks alone, Nightshade gets a 10 out of 10. This game just didn’t do it for me at all, but I’ve also been playing otome games for years and I expect more bang for my buck. And even with my gripes, I feel like this would be a perfect introductory game for someone just starting out on their otome journey.

Thank you for reading and Supporting Blerdy Otome! If you like what you see be sure to drop a like or a comment to let me know your thoughts on Nightshade!!