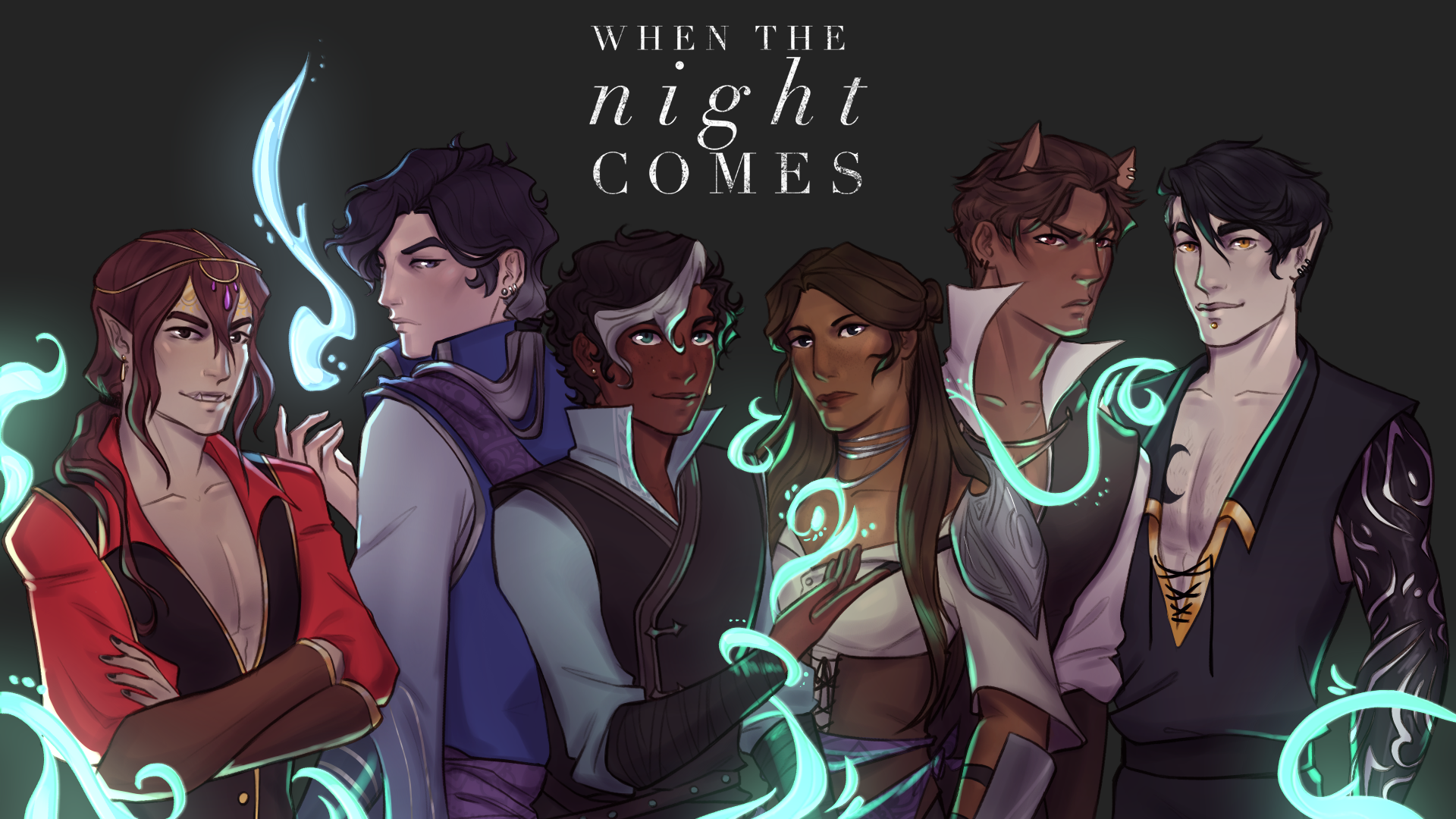 Each new chapter builds on the momentum of its predecessor drawing you into the complex world of magic and mystery. In the game, you are a hunter that has been called to the quiet town of Lunaris to assist with an ongoing investigation into a series of grisly murders. But, there’s more to this case than your superiors are letting on, delve into the world of Witches, Vampires, Demons, and Lycans to slowly uncover the secrets of the town. The closer you get to the truth the more dangerous things become, forcing you to rely on the very creatures you’ve been tasked with hunting. But, with more sinister forces at work, you will need all the help you can get and maybe you’ll discover a little romance along the way. 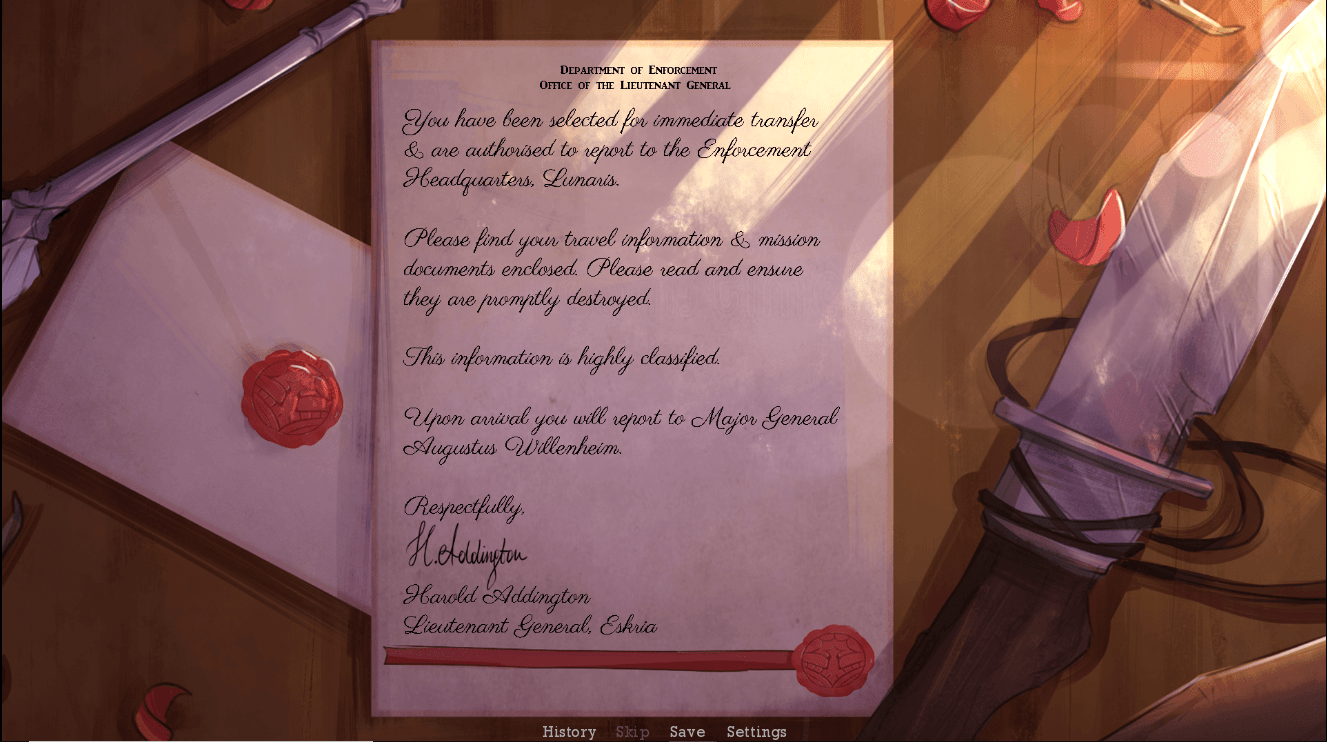 I’m usually not a huge fan of episodic games, irregular release schedules and even worse, dropped projects are fairly common. So, I was hesitant to pick up When the Night Comes, at least not until the game was released in its entirety. But, curiosity got the better of me and I found myself playing through the first chapter and then the second and then the third… it didn’t take long for me to get hooked. When the Night Comes builds the tension with each successive chapter, coyly revealing just enough of the overarching mystery to keep players clamoring for more. As of this review there are five chapters, with the sixth set for a June 2nd release. So, this review is based solely off of the chapters that have been released up to this point.

The first chapter starts of slow, laying the foundation for the rest of the story. When the Night Comes takes place in a world where supernatural beings and humans live side by side, though there is some tension between the two groups. Hunter Corp. exists to protect people from the things that go bump in the night, serving as the “law” in conflicts concerning supernatural beings. Working alongside Hunters are the Enforcers who are something akin to police/government officials of Eskira. While Hunters aren’t inherently magical, Enforcers can have magical abilities. In the game you play as a Hunter that has been assigned to the town of Lunaris to investigate a string of unexplained murders, however, rather than reporting directly to your Enforcer, you spend time in town and get to know a few of the supernatural individuals living there.

When the Night Comes is an LGBT+ positive game with six love interests (three male, one female, and one non-binary): there’s Finn a vampire and leader of the local clan; Ezra, a witch and healer who keeps a shop in town; Piper, a recently disgraced Hunter; Omen, a friendly demon; August, the protagonist’s Enforcer and a witch; and finally, Alkar, a lycan hybrid. But, perhaps the most intriguing aspect of the game is that players can pursue poly romances in addition to the usual single romance options. For those of you unfamiliar with poly romance, it just means that you can romance multiple characters at once, in this case, you can romance Ezra and Finn and Alkar and Omen. There are not many games that offer poly relationships, so this is a welcome addition to the game, however, I was a little disappointed that the Piper and August don’t have poly romances. But, I did appreciate having a female and non-binary (Piper and August respectively) love interests as options.

I absolutely love all the love interests, they each bring a new perspective to the events of the game and offer insight into their respective species/profession. I also like that these aren’t just wholly independent characters, most of them have histories with one another, like Ezra and August who trained in magic together in their younger days. While romancing your chosen love interest is a big part of the narrative, choosing one doesn’t necessarily cut you off from the others like you see in most otome games. Rather, all of the characters play a role in the story and it’s nice to learn more about them through more platonic interaction.

The art is beautiful, distinctive character designs and detailed costuming bring the world of When the Night Comes to life. Most fantasy/supernatural games go one of two ways: either they have character designs that are too outlandish to be relatable OR they play it safe and make their otherworldly characters too human. Lunaris Games leans more towards the latter, the characters are all human or human-like, with characters like Alkar and Finn sporting recognizable details of their respective species (ie. tails, ears, fangs), while still looking for the most part like hot guys. One thing I did notice is that Alkar has wolf ears on the top of his head and human ears on the side, I don’t know if that is intentional or not, but, once you see it, it’s hard to unsee. The clothing is much the same as most fantasy series, tunics, slacks, elaborate military styled uniforms, but, nothing distinctive of any one particular culture or region, since characters come from all over.

The characters come from diverse backgrounds and their appearances reflect that, there are more than a few different skin tones in the main and extended cast. And by now, we all know how much I love seeing people of color in my video games. But, most notable is Piper, whose skin pigmentation is two toned reminiscent of someone with vitiligo. It’s a really unique touch that you really don’t see in otome games.

There are quite a few CGs in the game, but they only feature the love interests, since the protagonist is a faceless self insert character. The developers say there are at least 6 new CGs per chapter, but to obtain them all you’ll have to play through each chapter several times romancing a different character (so keep a couple of open save files). The CGs are all portrait style and there is a noticeable difference between some of the earlier CGs and the newer ones, this isn’t a bad thing per se, just some of the characters look younger in older CGs. 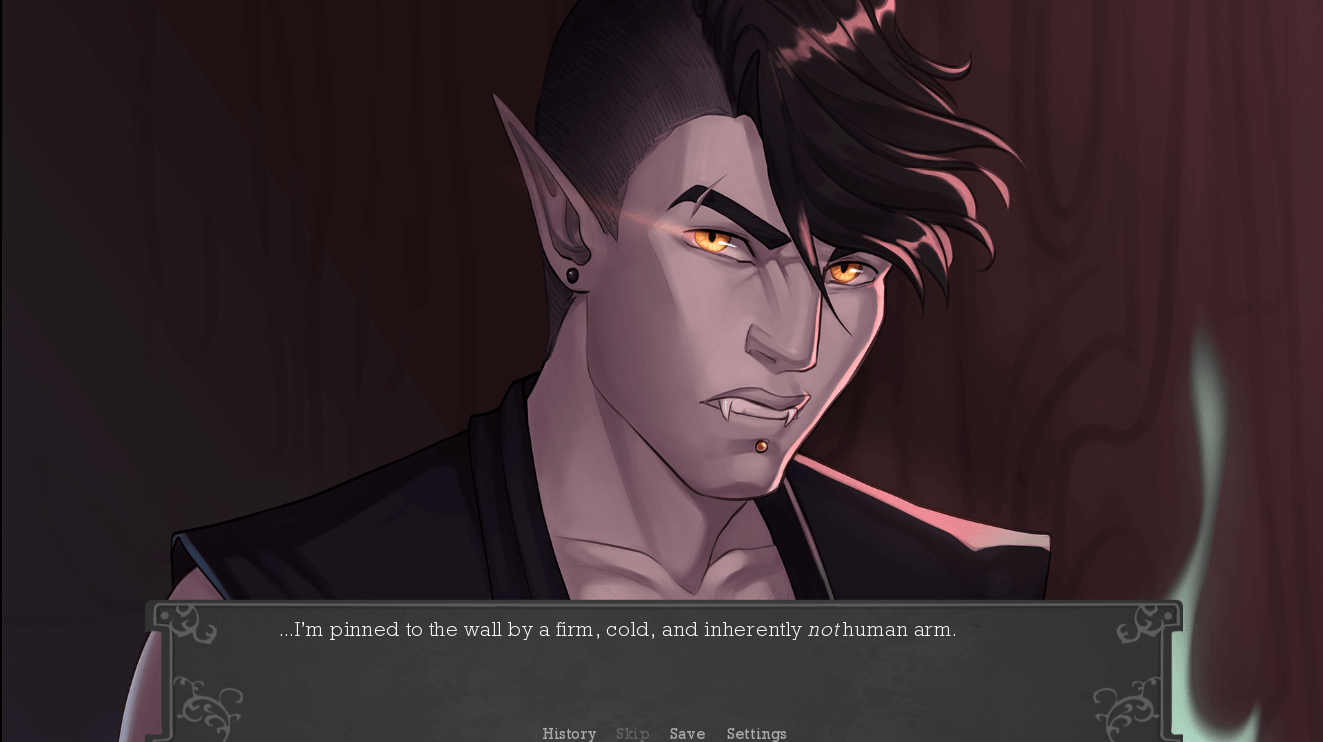 But, the most important thing to remember about When the Night Comes is that every choice matters! Each choice effects the progression of the story for better or worse and who you choose to confide in could determine whether you have a positive or negative outcomes. Thankfully, choices are labled as “flirt” or “fight” to help you out a bit… Granted the game is still ongoing, so we don’t know where everything is headed in the long run, but, after chapter 5’s cliffhanger… let’s just say shit just got real. So, choose carefully, sometimes flirting with a character isn’t the “right choice” or maybe it is…

When the Night Comes has the feel of a television series, as each new chapter unveils a new aspect of the story and the revelations about the characters and the town of Lunaris. WTNC is a romance, but the biggest draw is the protagonist attempts to get to the bottom of the town’s mysterious murders. Each chapter peels back a little of the mystery as you interact with the various people around town from the romanceable main cast Enforcers and other Hunters. Investigate the secrets of the town and discover the truth your superiors would like to keep buried. Lunaris Games weaves an intricate web of suspense and intrigue that will keep you clamoring for the next new chapter!

New chapters are released every 4-6 weeks and the next chapter (chapter 6 as of this writing) is set to be released on June 2nd. I highly recommend picking this game up if you have the chance, you’ll be hooked from day one!

You can also contact Lunaris Games on Social Media through the following channels: