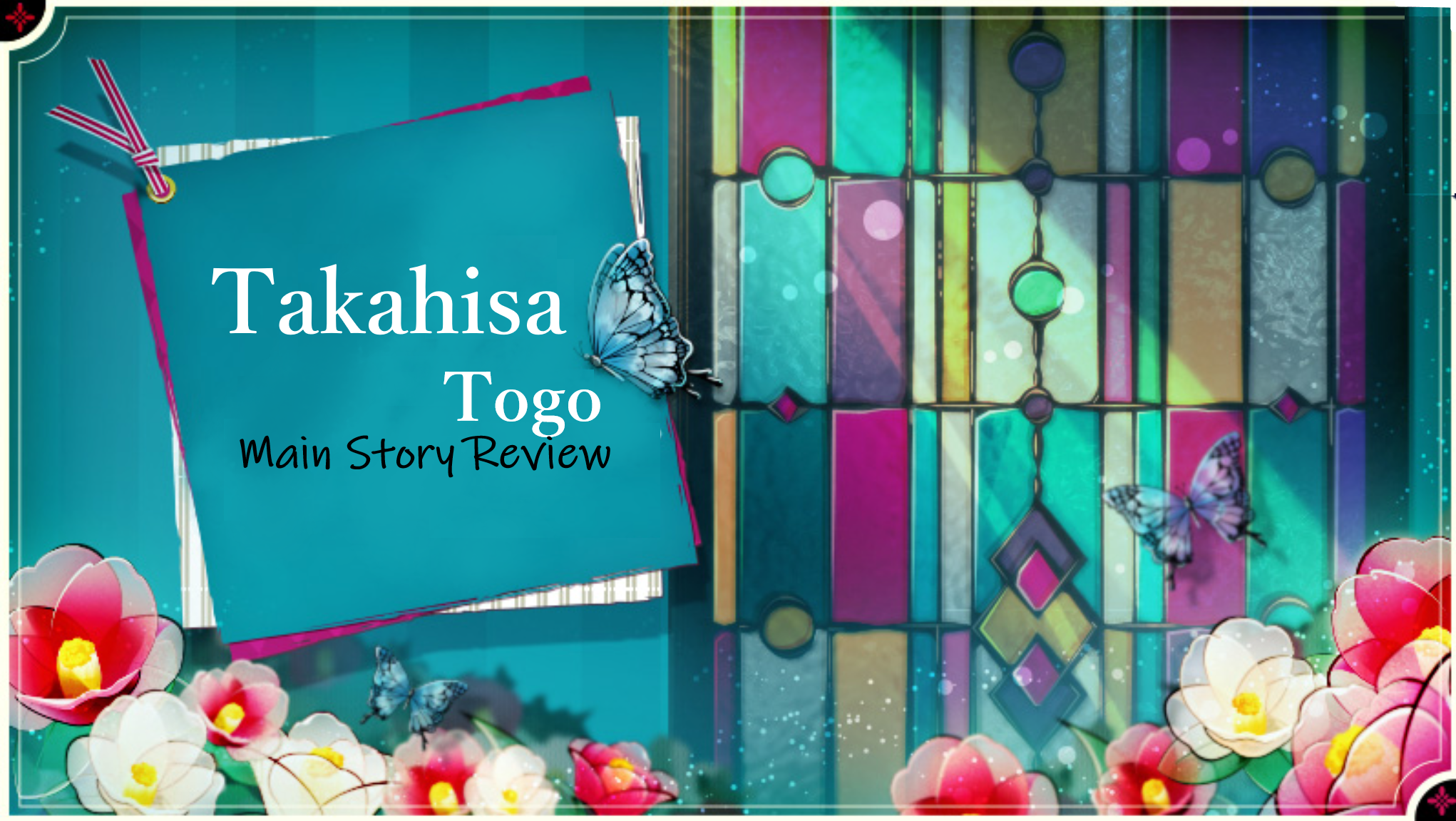 It’s been awhile since I last played a Voltage game, before the switch from the standalone apps to the Love 365 portal app. One of the first games introduced in the new Love 365 app was Rose in Embers a Cinderella-esque historical romance set in the Taisho Era. I checked out the prologue a long time ago, but never got around to playing any of the routes until now. At the time of its release only two guys had been released: Kyosuke Takatsukasa and Takahisa Togo. Since I usually don’t care much for the suave alpha male types, I went with Takahisa as my first choice pick. I mean come on a man in uniform, what’s not to love?!

I tend to have a type when it comes to Voltage men, I prefer the cool aloof types, there’s just something about melting their cold hearts that sets my fangirl heart aflame. And I definitely hit the jackpot with Captain Takahisa Togo.

After Kyosuke buys the MC’s freedom she is sent to the Togo household to work as a maid for Takahisa and his younger sister, Suzuko. Initially the MC is brought on to care for Togo’s younger sister until she is married off an arrangement Suzuko goes out of her way to make as difficult as possible. Unaccustomed to her new situation, the MC does her best to meet Captain Togo’s high standards (more often than not falling short), much to the disdain of the Togo siblings.

Captain Togo holds his household to a high standard favoring efficiency and order above all else, and while he isn’t unkind to the MC, he is quick to point out her shortcomings. His early interactions with the MC are curt, and the MC is initially fearful of Takahisa, whose stoic demeanor and curt mannerisms scare most people off (there is mention that he has fired several maids in the past).

Though she initially finds life with Takahisa difficult, the MC soon adjusts to his cool demeanor, working hard to perform her duties as his maid, discovering that Takahisa is not nearly as scary as he appears. After the death of his parents, he was forced to grow up quickly, taking care of the Togo household and his young sister all on his own. When he was old enough, he joined the military to help support his family, his cool level head and ambition helped him rise quickly through the ranks. Takahisa is a disciplined man, whose no nonsense attitude has garnered him a reputation as a fearsome soldier.

Though he appears stoic, Takahisa cares deeply for his subordinates more than earning their respect and loyalty. However, despite his reputation as the perfect military man, there are rumors circulating that Takahisa earned his promotion after sacrificing his men to get ahead. Worried that the rumors might be true the MC confronts Takahisa stirring up painful memories from his past that threaten to destroy their budding relationship.

For a otome game there is very little actual romance in this route, rather the majority of the story focuses on the MC’s attempts to earn the respect of Takahisa and his sister Suzuku. Surprisingly this MC has a bit of backbone, she’s hardworking and at times just as stubborn as Takahisa. Despite failing to live up to Takahisa’s expectations, she never gives up, doing everything in her power to be a maid worthy of the Togo household. There’s a scene where the MC spends weeks learning to brew the perfect cup of team in order to earn Takahisa’s admiration when she manages to get the tea leaves to stand upright in the cup.

Eventually her determination and work ethic sway Takahisa’s cold heart and he finds himself falling for her, though he never lets on that his feelings towards her have changed. However, nothing “romantic” actually happens until the very end of the route which is kind of a bummer. I get it Takahisa is a rigid military man, but, his romantic gestures were a bit too subtle for my tastes. It would have been nice to see him do a little more to indicate that he was falling in love with the MC, instead we don’t get anything substantial until the very end of the route.

As far as Voltage routes go, Takahisa’s Main Story was a pretty solid story overall, but, it felt more like a preamble or a prologue rather than a main story. While the route does a great job of establishing Takahisa’s background and setting up a foundation for a budding romance between him and the MC. I can see them falling in love eventually, but as far as any actual romantic moments between Takahisa and the MC… they’re few and far between. Stoic characters are pretty difficult to write romances for since they take awhile to warm to people, however, I was expecting a little more bang for my buck.

So, if you’re looking for a whirlwind romance story with moments of passion, Takahisa’s Main Story will leave you wanting (it gets better in his later stories). But, if you’re a fan of stoic men who have a secret soft side, then Takahisa’s route is worth a playthrough.