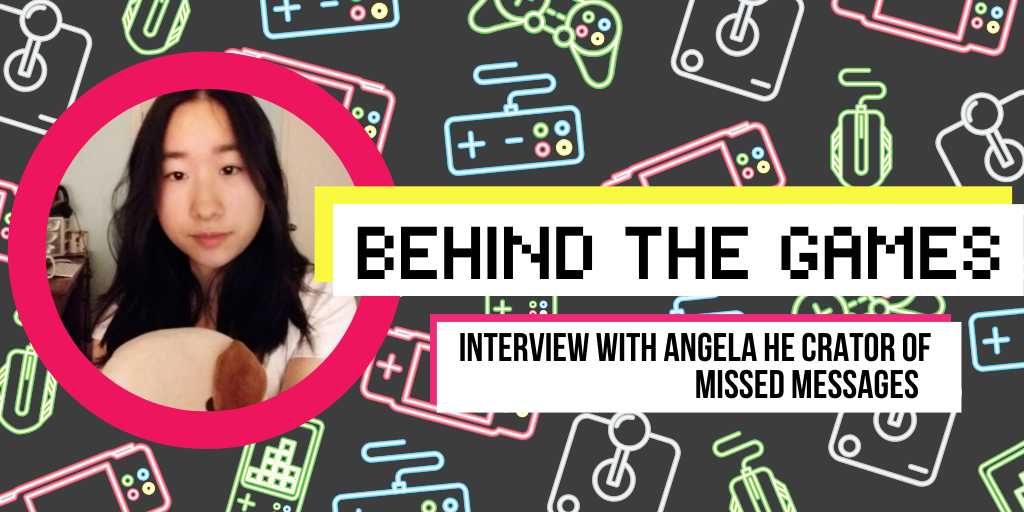 Hey Hey Heroes, Travelers, and Wandering NPCs, I’m back from the dead and I am hitting the ground running, with a whole host of new content for you guys to enjoy. First up is a Q&A styled post series, Behind the Games! Between the reviews, guides, rants, and other content on Nice Job Breaking It, Hero, I do a lot of the talking, so I wanted to change things up a bit and give someone else the chance to get a word in.

The long and short of it: Behind the Games is a new segment where I interview the folks ‘behind the games’ I review. The series is meant to act as a complement to the reviews I write, giving you guys a chance to get to know the developers that spend so much time carefully crafting the games you enjoy. For each interview I send the Devs five questions (and one random bonus question), to kind of flesh out who they are, while also getting a bit of insight into their inspirations for their games. It’s completely voluntary and meant to be a fun way to get you guys acquainted with content creators.

In addition to the interview, I’ll also include links to the various social media channels and sites (game related sites included) so that you guys can reach out to the Dev about their works. I strongly encourage you all to check out their pages and engage with them! Let them know how much you love their games, most of the folks I’ve talked to are super nice and welcome conversation!

So, now that the intros are out of the way, let’s dive in to the very first Behind the Games interviewee: Angela He aka Zephyo, the creator of the psychological thriller VN, I Woke Up Next To You Again!

Angela debuted in her junior year of high school, with her first title, Suppressed (available on Steam), now, she has over 10 titles under her belt. Her thought provoking narratives and stunning visuals have captivated audiences the world over. She has a knack for telling immersive stories that stay with you long after the credits roll. Each of her stories delve into the complexities of the human psyche, keeping the reader guessing as they peel back the layers of each intricately laid plot point. She is a phenomenal VN developer and an absolute joy to talk with, so without further ado, let’s turn things over Angela…

Could you tell me a bit about yourself? What do you do when you aren’t making games? (I see that you are still in school, so maybe a bit about that and your degree program; if you’re comfortable discussing that)

A: When I’m not making games I’m either at work (for example, right now I’m a software engineer intern at Zynga), at Stanford, working towards my Computer Science degree, or at a grocery store searching for coffee and Redbull and other caffeinated products (it’s not a problem I swear..). I also occasionally find time to hoard memes and take naps and spend time with loved ones.

A: I love making visual novels because I love a good story. Good stories evoke emotions that I usually don’t feel and it’s a nice change. I’d definitely do it for a living if I could profit from it D:

How would you describe your style? Do you typically create games with a specific audience in mind or do you try and create works that appeal to a more general audience?

A: I’d say my style is dark and sad with a splash of occasional cute? I try to make games that appeal to a really broad audience, but most of all, appeal to me. It’s no fun working on a game I don’t like.

What was your inspiration for I Woke Up Next To You Again? Did you draw inspiration from your own experiences or was this a wholly original concept?

A: My inspirations were One Night Stand by Kinmoku and Air Pressure by Bentosmile, and my own experiences. I wouldn’t say it’s wholly original concept; rather, I wanted to make my own version of Air Pressure that captured my experiences with addiction (aka relapses, seeking outside help, being honest about feelings, etc).

Visual novels are becoming increasingly more popular within the gaming community with a lot of popular and well known gaming sites and content creators producing more content related to independent games and developers. How do you feel this shift has effected independent developers such as yourself? Does this increase in popularity make it easier for developers to find foothold for their works?

A: It’s awesome because the barrier for entry for game devs is so much lower, since VNs are quite easy to make (what with Ren Py and all)! So we get great works about groups who would usually not be heard from (shoutout to the gay baseball girls in Butterfly Soup!)

[About increased popularity of VNs] I think so, yes. Since VNs are more in the spotlight now (esp OEVNs) people who’d never heard of the genre before can try it out. Of course, a larger audience means more critics, but hey, all (reasonable) feedback is good

Bonus: If you had the chance to leave the real world behind and live out your days a character in a game, which game would you choose and why?

A: Probably a cat in Neko Atsume lol. Being surrounded by immortal floofs and not having social obligations, what a life.

I can’t thank Angela enough for agreeing to do this short Q&A with me, she was an absolute joy to chat with and her games are some of the best short VNs I’ve played in a long time! Below are some links to Angela’s social media and game related pages/sites. I strongly suggest subscribing to her pages and checking out her content, she is a phenomenal artist and she is super sweet!

2 thoughts on “Behind the Games – Interview with Angela He”