Hey Hey Heroes, Travelers, and Wandering NPCs, I’m back with another super special awesome OWLS Blog Tour! What’s that you say? You don’t know about OWLS? Well, for those of you new here, OWLS or Otaku Wariors for Liberty and Self-Respect is a group of bloggers, vloggers, and writers who seek to promote acceptance and equality through thoughtful community activism, with an otaku twist! Each month we decide on a theme and each member writes a post or records a video, on that theme through the lens of something from pop culture. We have been known to cover a wide range of topics, from anime and manga to video games and film, most subject matter is up for discussion so long as it fits with our monthly theme.  This month’s theme is Squad!

“Although some people may like to be alone at times, we all have that one special friend or a squad of friends who we kick it and have some good laughs and fun with. However, there are friendships that don’t last a lifetime and usually, they end due to a falling out or a misunderstanding. For this month’s topic, we will be exploring some of the best friendships in anime and pop culture as well as the friendships that ended suddenly. We will talk about what a true friendship means to us, what we learned about ourselves and others through broken friendships, and our definitions of a “good friend.””

I’m just one in a long line of Blog Tour stops this month, and I highly recommend checking them all out when you have the time. Just before me was my boy Takuto from Takuto’s Anime Cafe, with his beautiful post about my favorite sports anime series Haikyuu.

Our members have really outdone themselves this month with some phenomenal personal and pop culture inspired posts! This month I decided to look at the anime series, No. 6! Nothing says Best Friends 4 Lyfe, like overthrowing a longstanding dystopian society! Amiright?! 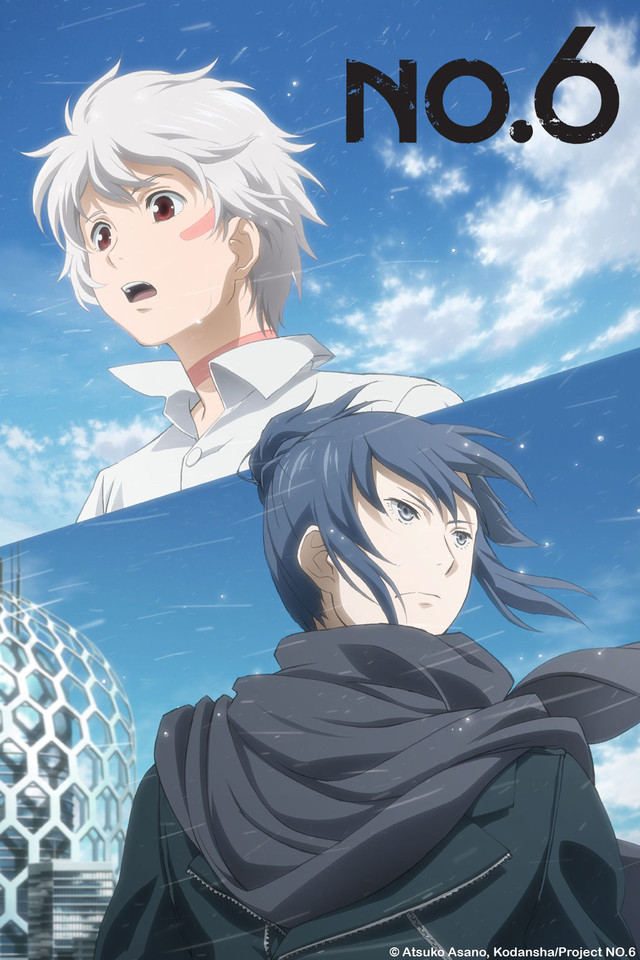 No. 6 is a 2011 sci-fi anime series based on the nine volume novel series of the same name by Atsuko Asano. The series takes place with the dystopian city-state, No. 6, a relative utopia, where its citizens live a privileged life free from sickness and poverty.  However, just outside the walls in the West Block, every day is a fight for survival. One rainy day a boy from the West Block sneaks into the home of Shion, one of No. 6’s rising young prodigies. Despite knowing the risks of harboring a fugitive from outside the walls, Shion takes care of the boy, treating his wounds and giving him shelter for the night. It’s a chance meeting between two boys from two very different worlds, but it sets them on a path that neither could have ever predicted.

The bulk of the series focuses on Shion and Nezumi’s relationship with one another as it correlates with their attempts to uncover the secrets of No. 6 and the people that control the city. Shion is very much of a product of his upbringing; he’s intelligent, on track to enter into No. 6’s elite Gifted Program, idealistic to a fault and naive about the ways of the world outside of No. 6’s walls. On the other side is Nezumi, who unlike Shion, has only seen the worst the world has to offer, as he scratches out a living in the slums just outside the city. They are complete opposites of one another, and yet they manage to strike up a bond that transcends their societal norms.

But, before I get into the nitty gritty of Nezumi and Shion’s friendship, a bit of a disclaimer,  No. 6 is a shounen-ai anime…  For those of you unfamiliar with the genre, think of it as yaoi lite. Male on male relationships feature prominently in these types of stories, but unlike the more sexual narratives of yaoi media, shounen-ai, focuses more on the lighter side of things: kissing, hugging, emotional connections… etc. So, if you aren’t big on BL media, you may not like the budding romance between Nezumi and Shion. Yes, the relationship between Nezumi and Shion is romantic in nature, but there is a “preexisting connection between the pair that supersedes any romantic development. The romance, when it is at the forefront of the narrative is done in such a way that it doesn’t detract from Nezumi and Shion’s friendship. If anything it seems to be a natural next step for their relationship.

But, friends to lovers is not an easy transition to make, it takes time, and the characters in question have to grow into their new roles, while still retaining the emotional connection they had prior to the romantic relationship. It should be an extension of their current relationship and not so much a separate experience.

In the series, Shion and Nezumi’s relationship undergoes a series of transitions, that, when viewed through the lens of the series rather short run time, can seem a bit rushed. They transition from strangers to friends and then to best friends within the blink of an eye, and then you throw in the romance and it just seems like a lot is happening within the span of eleven episodes… and yet, it doesn’t feel that way. When watching the series, you get the sense that Shion and Nezumi are just figuring things out as they go, learning from one another with each obstacle they overcome together. Yes, there are growing pains, moments where they don’t see eye to eye, and yet they work through them together. They don’t try to impose their views on one another, instead, they accept each other for who they are, even if the others’s views contradict their own and that is the basis of any relationship. Accepting and understanding each other and knowing that our differences aren’t meant to divide us but, to unite us!

Right, so that’s all I have to say about that, there are still a couple of blog tour stops left in the March 2018 Tour, next up is Mel from Mel in Anime Land, so definitely be on the look out for that posts on the 26th!! Also if you haven’t already, please subscribe to the Official OWLS Twitter account @OWLSbloggers and the Official OWLS Blog, to stay up to date on all OWLS news and announcements!

5 thoughts on “[OWLS Blog Tour] Falling in Love With My Best Friend: The Strength of Friendship in No. 6”