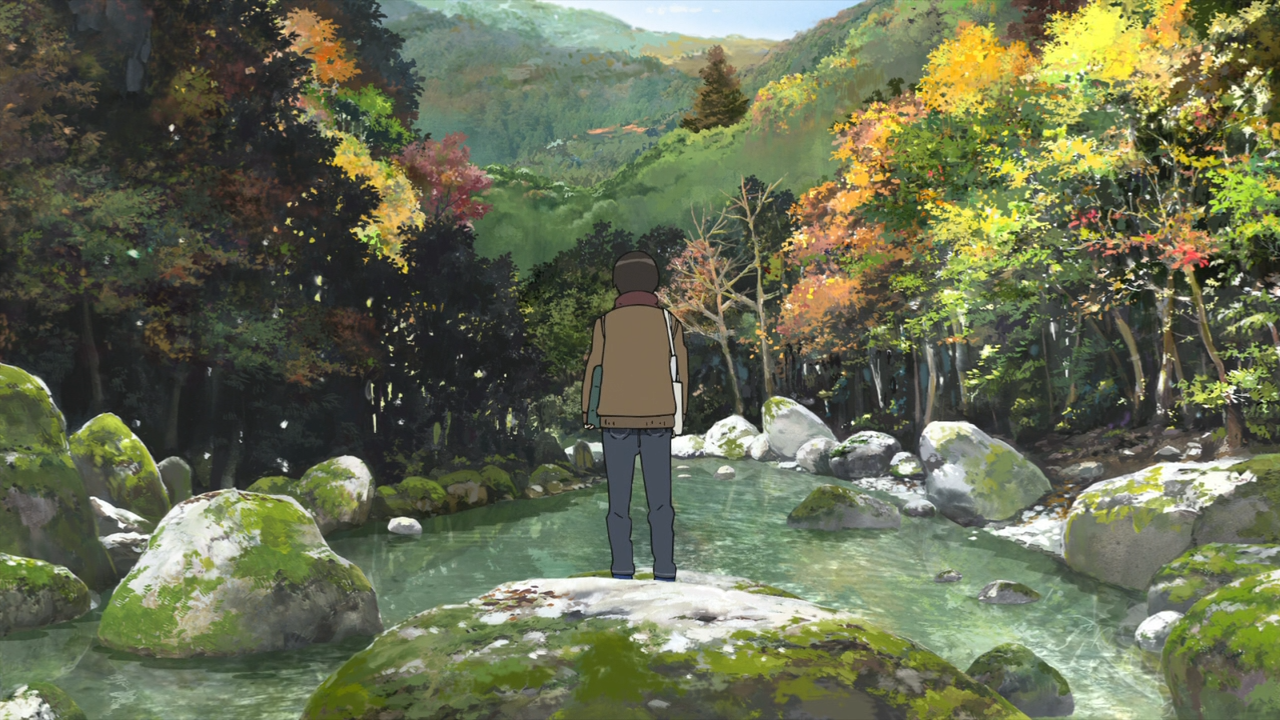 Hey hey all you Heroes and Travelers out there today I’m bringing you all another super special awesome OWLS post!! If this is your first time here on Nice Job Breaking It Hero, you were probably linked here by my blogging buddy and the anime host with the most, Takuto… and I welcome you with open arms!!

So, in order to spread our message of self acceptance and tolerance, we’ve decided to hold Monthly Blog Tours! During Blog Tours, we each write individual theme posts on our blogs that promote our group’s values, with a bit of an otaku twist. May’s Blog Tour topic is Strength!

*Disclaimer: This post and the film, Colorful deal with some heavy themes that some people may be uncomfortable with, namely suicide and death. While I understand that different cultures and people deal with mental health in different ways, it’s important to know that this is an important topic and I have done my best to handle it with the utmost care. Remember that if you or anyone you know is experiencing feelings of loneliness, saddness, hopelessness or considering suicide, you are not alone!

The True Measure of Strength

Coming up with a topic for this month’s tour gave me a bit of trouble in the beginning. When I think of strength, I tend to think of strength in the physical sense, superficial, I know, but it’s not an uncommon outlook. We value physical over abstract, it’s just human nature, but often times the true measure of one’s strength isn’t the number of fights they’ve won or the how many pounds they can bench press, it’s something much more indistinct…

In anime, characters struggle with inner demons or physical weaknesses that make them feel insecure and prevent them from achieving goals. Yet when these characters overcome their adversity, they can finally be able to express who they are or in other words, “Free to be Me.”

For this tour, we will be exploring anime characters that have overcome adversity due to a personal insecurity or physical weakness. It is these type of characters that many anime fans may identify as role models because fans are able to feel empathetic towards these characters’ struggles and insecurities.

I bet most of you guys expected me to write about Haikyuu again for this month’s tour, and I seriously thought about it, but ultimately I decided to take my post in a different direction. Instead of taking my usual literal approach, I decided to look at the various manifestations of strength in the animated film, Colorful. 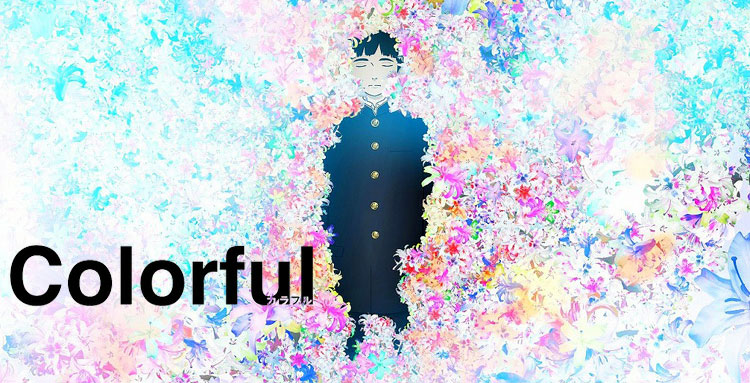 Colorful is a 2010 animated film based on the novel of the same name by Eto Mori. The film follows an unnamed soul that committed a serious mistake in their past life and is given a second chance at life. Reluctantly the soul is placed within the body of a junior high student that recently committed suicide. Now, Makoto Kobayashi, the soul has six months to discover what their mistake was and why Makoto chose to take his own life. Throughout the film we explore the events that lead up to Makoto’s suicide and the role his relationships with the family had on his decision to end his life.

Typically when an anime or a film attempts to tackle a sensitive subject like suicide they run the risk of either A) watering down the topic so that it is acceptable for general audiences; or B) trying too hard to convey a message and winding up sounding overly preachy. Thankfully, Colorful doesn’t do any of that, rather than labeling the characters and their actions as either good or bad, the film leaves the decision wholly up to the viewer. Driving home the idea that people are multifaceted beings that don’t conform to a single interpretation.

“People aren’t monochromatic; they have many colors.”

So, the message of the film, contrary to what you might be thinking isn’t “life is worth living” and if that is what you were expecting from Colorful, this might not be the movie for you. The underlying message of the film is that every person, regardless of who they are or where they’re from has problems. No one is perfect, everyone has something that they are struggling with and while these obstacles may seem insurmountable at times, they don’t dictate the quality of one’s life.

Ultimately change isn’t the key to happiness, understanding and acceptance is, throughout the film “Makoto” struggles with accepting people and things around him when they fail to meet a certain standard. When he first returns from the hospital, he is confused about why someone like “Makoto” would attempt to end his life, since he seems to have a loving and attentive family. But as the film progresses and each of his family members’s transgressions come to light, he becomes disillusioned with them, condemning them. This is a constant with Makoto throughout the film, whenever something is revealed to be flawed, he distances himself from it, because he sees their shortcomings as a reflection of his own. Which is most prominent with his treatment of his mother, who up until his suicide attempt was having an affair with her dance instructor, disgusted with her actions he shuts her out completely to the point that the poor woman breaks down.

At first it’s easy to condemn Makoto for his action, the way he so easily judges everyone around him, but then you come to realize that despite how cruel he may seem, his actions and feelings are completely and utterly normal. I know some of you are saying to yourselves, “I could never be so cruel to anyone!”, but think about it, have you never had a bad thought about anyone? Never snubbed someone you didn’t like? Secretly wished someone harm? Been jealous of a friend? If you said no, you are either lying to yourself or a saint, but the fact remains that people aren’t just made up of bright colors, we have our fair share of blacks and grays, too. We all have our dark moments, it’s only after we accept those darker bits that we can truly grow and empathize with others, seeing their flaws as an extension of our own and vice versa.

It’s this underlying strength that permeates the narrative, and it is only after Makoto accepts his flaws that he is truly able to move on, becoming a better person in the process. Now, let’s be clear, Makoto never fully gets rid of his darker shades, he’s still just as flawed as he was at the beginning, but that’s okay, so long as he doesn’t let those feelings and thoughts dictate how he lives his life.

Hidden in Plain Sight: The Curious Case of Mental Health

Okay, before I close this post out, I wanted to address suicide a bit, since it is an integral part of the plot of Colorful. The various characters (those that know about Makoto’s suicide attempt) deal with his “incident” in different ways. His family attempts to make things as comfortable as possible for him, giving him his space, but also by taking the time let him know that they love him and care for him. At times it may seem like their words aren’t getting through to him, but the fact they are open about their feelings makes all the difference in the world!

Millions around the world find themselves asking these questions and more, but unlike a cut or a broken bone, there isn’t an easy “fix”. When it comes to mental health, more times than not cries for help are written off as a passing phase, a momentary weakness, a character flaw… something that should be handled behind closed doors, which can lead to individuals taking matters into their own hands. For many suicide is an enticing solution for putting an end to the pain, a final solution for what appears to be a hopeless situation.

There were several cues throughout the film that hinted that Makoto might have been trying to reach out to others before his suicide attempt. He may not have confided in anyone about his feelings, but his paintings and drawings definitely paint a very telling picture of his emotional state. When flipping through his sketch book towards the end of the film, his drawings start out bright and colorful transitioning into uncolored pieces, and the final image depicts a person slowly swirling  down a dark spiral. When compared with his other pieces shown throughout the film, the final drawing is a drastic shift in styles, it’s grim, but very telling.

Of course the most prominent painting is the one Makoto has been working on in Art Club, unlike the above image, it’s fully colored and while it depicts a horse at the bottom of the ocean, there’s a hopeful feeling to it, implying that Makoto wanted a way out of his situation… 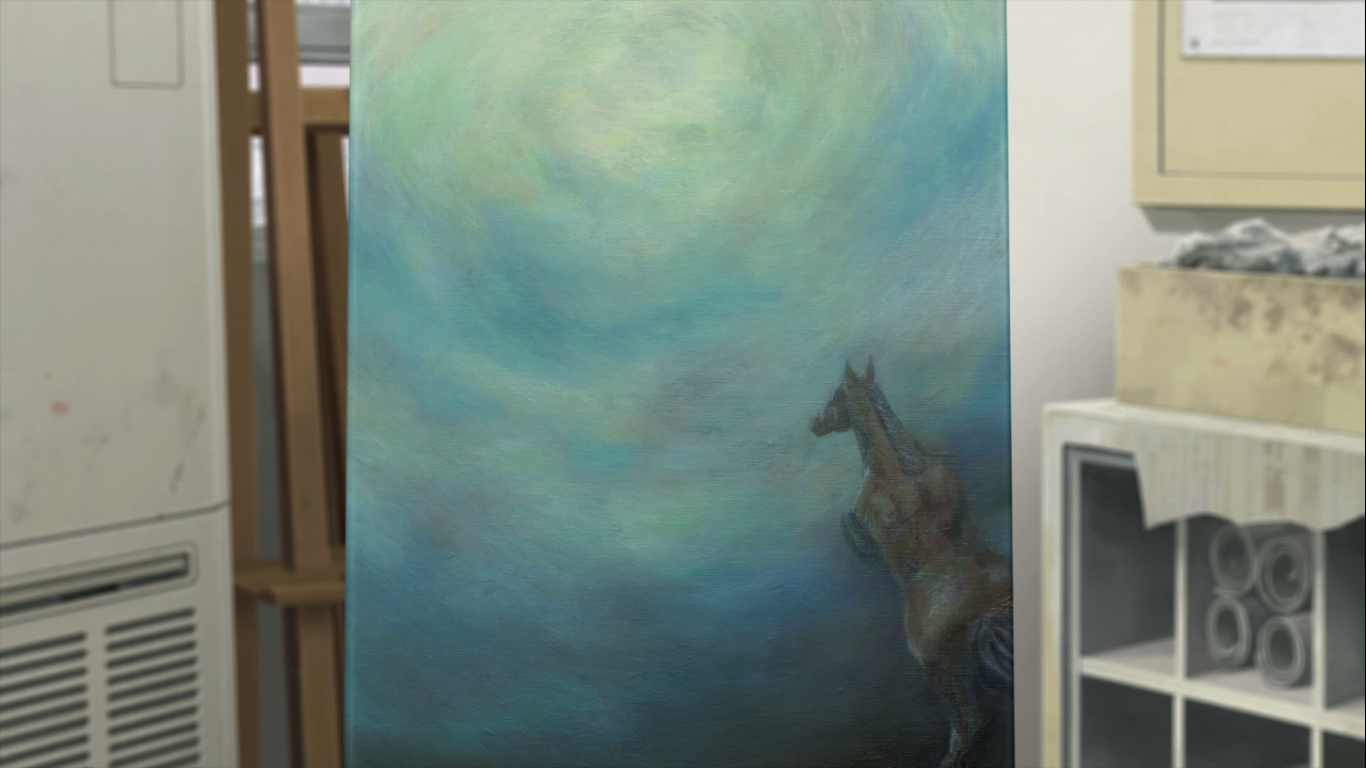 A cry for help isn’t always a shout, sometimes it’s a whisper, a small change, something easily overlooked or dismissed. We get so caught up in the hustle and bustle of our own lives that we fail to see the scars that lie hidden in plain sight. The American Foundation for Suicide Prevention outlines a few common warning signs that someone might be contemplating ending their own life, however, it is important to note that there is no one reason for a person choosing to commit suicide. Signs and symptoms only serve as a guideline, the only way to truly know how someone is feeling is to communicate, so if you suspect something reach out!

Finding Strength in Our Flaws

True strength is not overcoming the parts of ourselves that we hate, its accepting who we are, the good with the bad, the light with the dark. Far too often we believe that anything that doesn’t conform with what the rest of the world deems normal is wrong, but those are the parts of ourselves that make us uniquely human and rather than stifling those differences we should celebrate them. Once we are able to accept ourselves we are better able to accept others into our hearts and that is what Colorful is all about; acceptance and empathy. When we lack those, people become isolated and while not everyone will turn to suicide to end their suffering, many will and it is important that we reach out to one another, even if it’s to say hello. I kind of feel like this got kind of preachy, so I’m just going to put a pin in this post now… 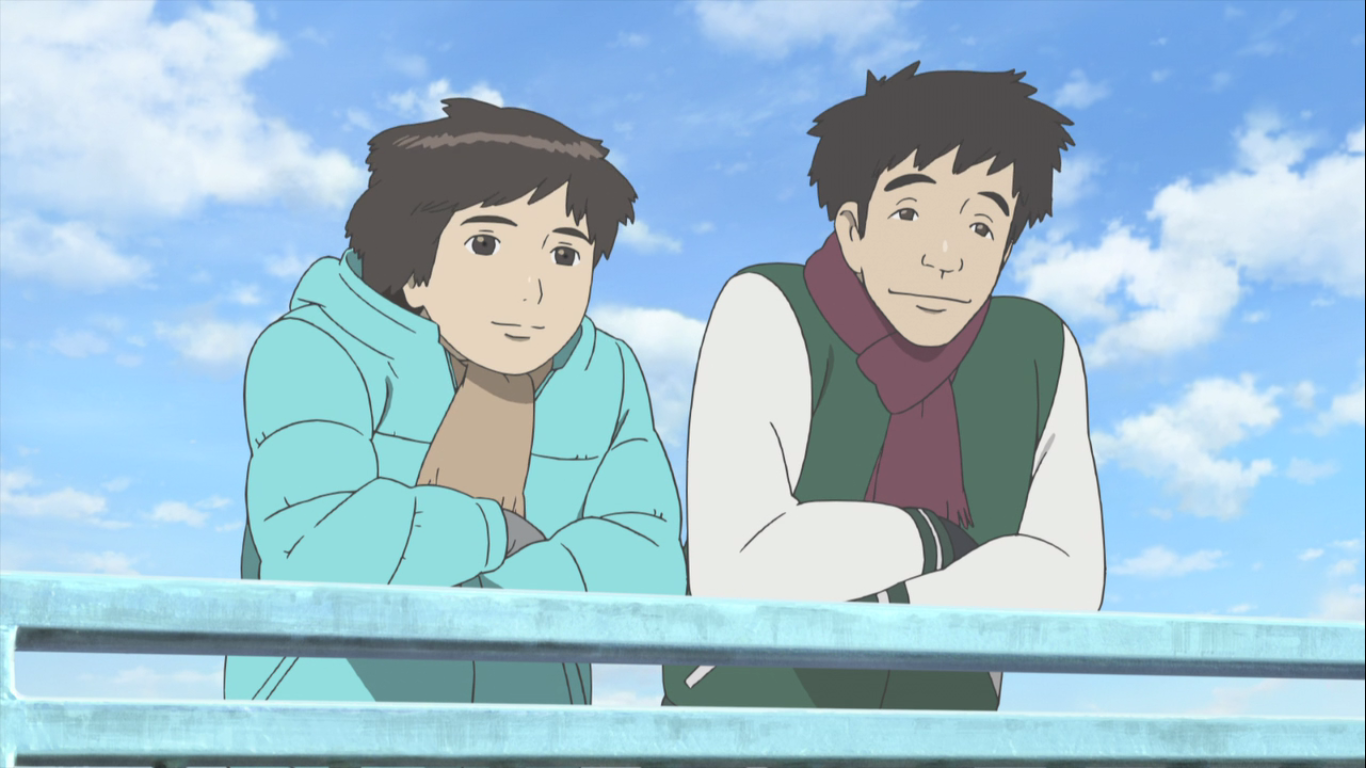 There is still one more blog tour stop left in the May Tour, next up is  LynLyn from Just Something About LynLyn so definitely be on the look out for that posts on the 31st!! Also if you haven’t already, please subscribe to the Official OWLS Twitter account @OWLSbloggers and the Official OWLS Blog, to stay up to date on all OWLS news and announcements!