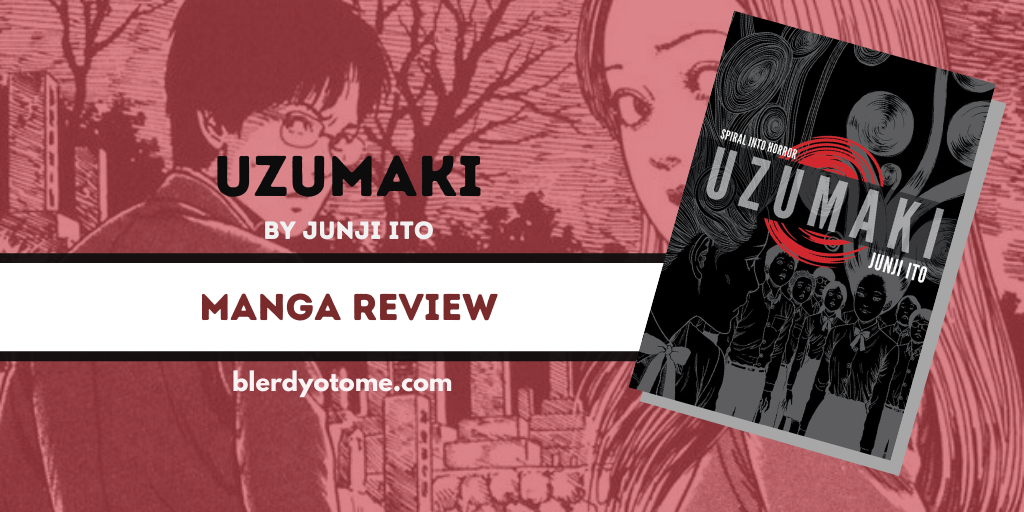 TGIF! Here we are again with another Fangirl Friday! This week I’m covering a manga that scared the crap out of me when I discovered it a few years ago. To this day, I still can’t look at spirals without getting a chill… I’m talking about the seinen horror manga Uzumaki . 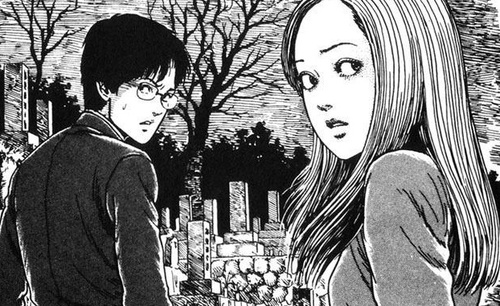 I absolutely love horror movies, the creepier the better, there’s just something fun about being scared. So it was only natural that I would eventually discover the wonderful world of horror manga and what better mangaka to introduce me to the genre than Junji Ito!

“Kurouzu-cho, a small fogbound town on the coast of Japan, is cursed. According to Shuichi Saito, the withdrawn boyfriend of teenager Kirie Goshima, their town is haunted not by a person or being but by a pattern: uzumaki, the spiral, the hypnotic secret shape of the world. It manifests itself in everything from seashells and whirlpools in water to the spiral marks on people’s bodies, the insane obsessions of Shuichi’s father and the voice from the cochlea in our inner ear. As the madness spreads, the inhabitants of Kurôzu-cho are pulled ever deeper into a whirlpool from which there is no return!”

Uzumaki is a three volume horror classic by the master of horror, Junji Ito. I am no stranger to Ito’s works, I have read just about all of his works, but Uzumaki was the first and to this day remains one of my favorites. Like most of Junji Ito’s previous works, the horror in Uzumaki starts off small, a few unexplained situations here and there, but nothing too far outside the realm of believability. It’s only after the reader delves deeper into the story that the true horror takes hold, as the earlier occurrences increase in number until the line between reality and the surreal blur into something entirely new.

At first everything seems normal in the small town of Kurouzu-cho, in fact for the protagonist, Kirie, life in a small town can be downright boring. But all of that changes when the father of Kirie’s boyfriend develops an unhealthy obsession with spirals. At first he is content with just collecting spiraled objects, but soon his hobby spirals into mania as he attempts to turn himself into a living spiral. His obsession is contagious, and soon everyone within Kurouzu-cho is ensnared by the spiral’s spell.

On the surface, the story is kind of silly… I mean really, what could be frightening about a spiral? To be honest, not much, that is until you realize how ubiquitous spirals are. I mean they are everywhere and Junji Ito uses their omnipresence to his advantage. He takes some of the most mundane and commonplace of objects and he twists them into pure nightmare fuel and a lot of that is due to Ito’s beautiful artwork. Ito uses a simple, yet realistic style which works well to convey the suspense and horror of the narrative.

I will admit that Uzumaki isn’t perfect, episodic nature of the story in the beginning can be a little off putting to some readers, and at times some of the spiral incidents are silly…snail people… really? But, despite a few hiccups here and there, Uzumaki is a wickedly fun read. The story and characters are compelling and the way Junji Ito seamlessly blend reality and fantasy is truly frightening. I highly recommend giving this manga a read, but beware, you’ll never look at spirals the same way again.