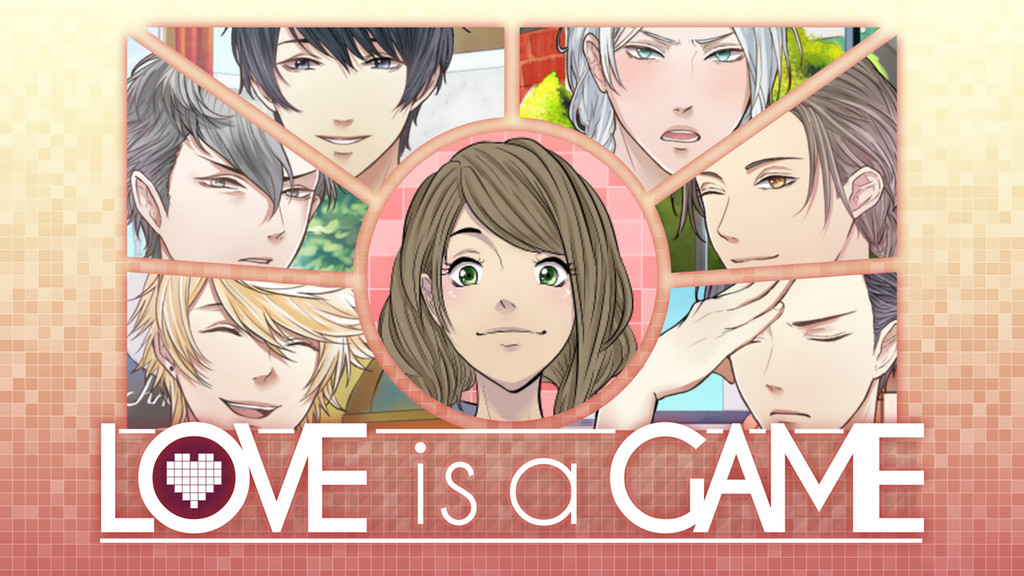 Edit (8/22): The Kickstarter for this game was successful at meeting its funding goal and two of the stretch goals. The final funding amount was $18,236 from 386 backers! The game now has a tentative release date of August 2017!

Here we are again with another Kickstarter campaign for an upcoming commercial English otome game, Love is a Game! The game will be the first ever game by indie Chicago based company, Audilis.

Sorry that it has taken me so long to get this out to you guys, but I’ve been trying to keep up with the 30 Day Anime Challenge… but, at least this time I caught wind of this game early on in the campaign!!

So when I stumbled upon this game, my first thought was that the premise of this game is like every otoge fan’s wet dream… Whether we admit it or not, we’ve all wished that the characters in our games were real… well in Love is a Game players will get to experience just that!

Players assume the role of Willow Bates, a recent college graduate struggling to find her place in world. Willow’s lone source of joy is otome games, where romances with fictional men provide her with comfort. One day, she finds that six men from her favorite game have come to life.

Players can explore six different routes, each focusing on one of the different men. Throughout these routes, players can make choices that impact the progression of the story, with the ultimate goal of finding true love.

Audilis has a set of Stretch Goals that will expand the scope of the game if met. Some of the expanded features include additional CGs, partial/full voice acting, animated happy endings, and more… Upon it’s release the game will be available for Windows, Mac, Linux, iOS, and Android. The tentative release date is set for Summer 2017! Currently the game has met 75% of its $11,000 campaign goal with 164 Backers! The campaign will run until August 21st 2016!

There are download links for the PC version of the demo, as well as App Store and Google Play demo links for mobile users, right there on the Kickstarter page! The demo covers the prologue, so if you are still on the fence about the game or just want to see what the game has to offer give the it a try.

So PLEASE check out the Kickstarter campaign, HERE, and lend your support. There is still  over a month  left and they are currently at $8,404 and every little bit helps! I’ve already made a contribution to the campaign and I can’t wait for the finished project when it is released. The various price tiers come with some nice goodies so definitely check them out! Also make sure to check out the webpage and tumblr page for production updates and news!