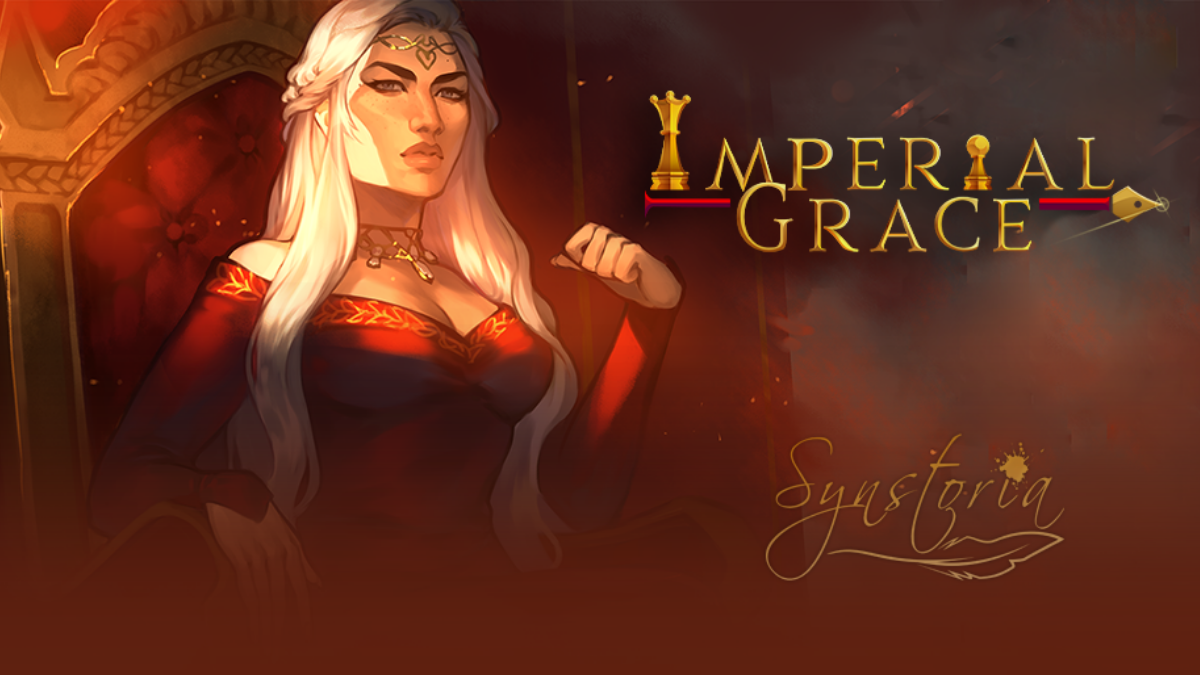 Crowned Empress after the death of your father, you must show the world that a woman is fit to restore the Calidya Empire to its former glory. Wisely manage your alliances, your kingdom’s resources, and your heart’s inclinations to survive your first year of ruling. 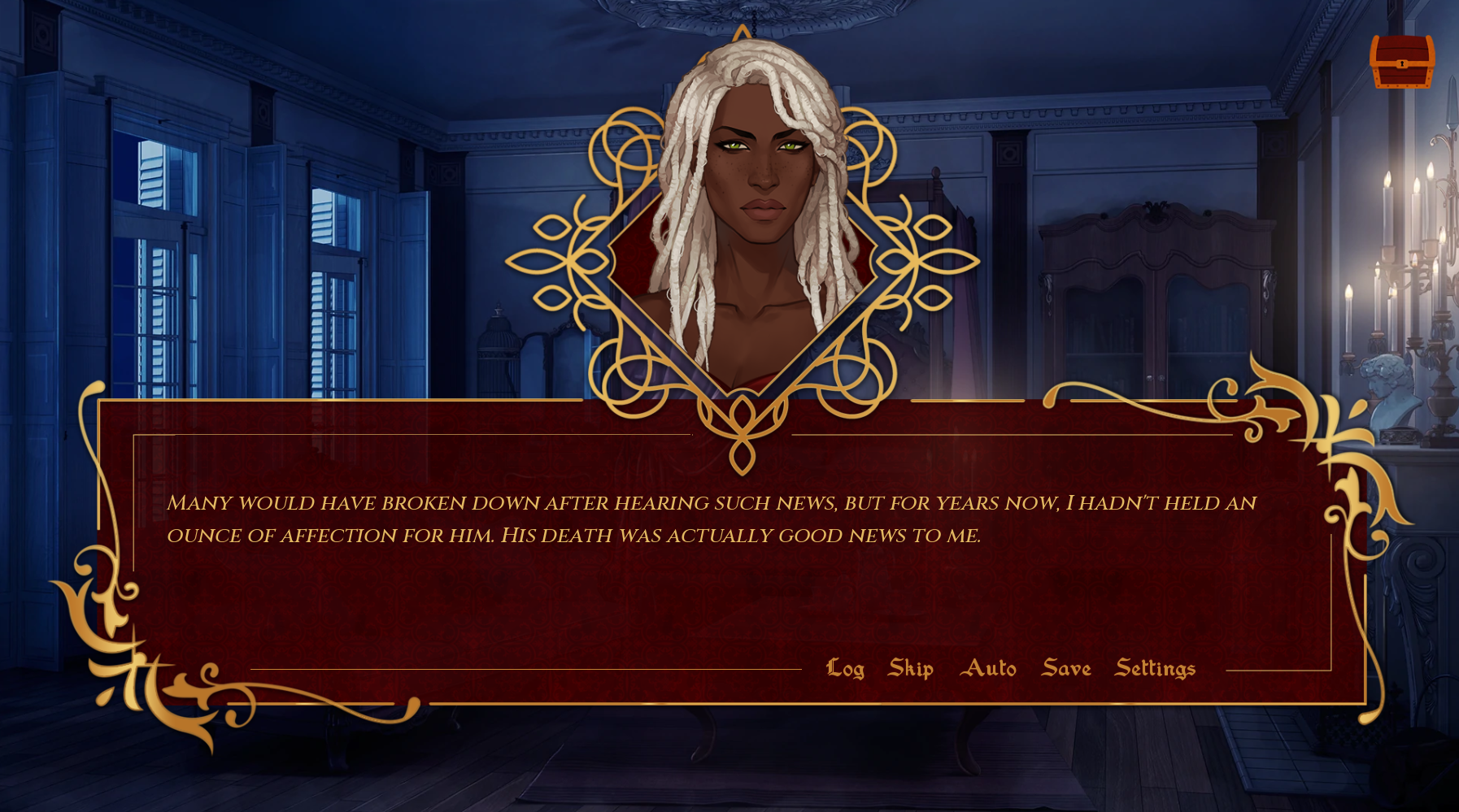 All Hail the Queen

Imperial Grace is a game that has been on my radar for awhile now—I was captivated by the gorgeous artwork—but it wasn’t till recently that I finally sat down and gave the demo a try. This is the first project from French indie games studio, Synstoria and I was blown away by this fantastic game!  Take on the role of a the Crowned Empress, a strong, ambitious young woman who ascends to the thrown of Calidya after her father is assassinated. But, sis doesn’t shed any tears over her late father, and instead turns her sights on securing her claim to the thrown using any means at her disposal to garner support from the nobles and other Calidyan leadership. While she is confident in her abilities, there’s a lot more to ruling than simply wearing a crown—navigate court intrigue and complex relations with neighboring kingdoms, some of whom don’t want to see a woman on the throne. You will need to use all your wits and charm to maintain your rule…but, one wrong move could prove deadly. 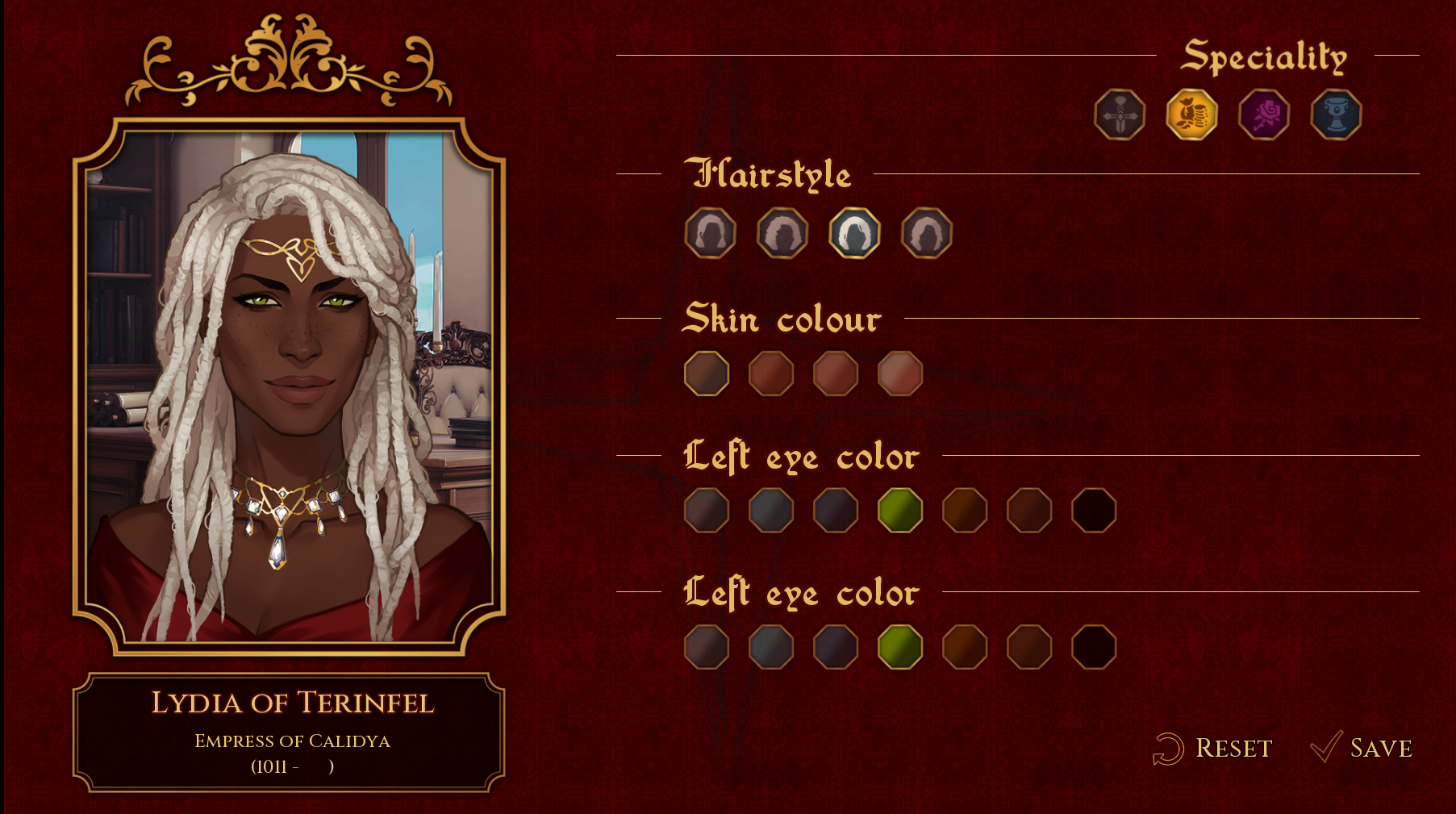 There is a lot of great worldbuilding in Imperial Grace, and while the demo just scratches the surface of all the political and diplomatic connections between Calidya and neighboring kingdoms. This is a fully realized world with a rich history as the story progresses, we learn more about Calidya and it’s relationships with political and diplomatic allies and foes. You will need to foster bonds with neighboring nobility to strengthen your kingdom. There is a built in resource management system where you control the production of goods and services, how much you tax your people, whether to expand your military, and more. I’m not much of a fan of stats-raising or resource management, so I like that Synstoria gives players the option to toggle the feature off/on at the start of the game.

There’s a lot to like about Imperial Grace, the art for one is stunning and the game’s leading lady is absolutely fantastic! I have played games with badass heroine characters before, but the Empress of Calidya is a force to be reckoned with—smart, resourceful, and confident, while still managing to be relatable. In one of my first choices in the game, I had to decide the fates of some servants who happened to find out about the former Emperor’s death (of course I chose violence), and even when you choose the “worst” option, the Empress does not hesitate to give the order! This is the #girlboss energy I aspire towards. But, she isn’t alone on her journey, Imperial Grace is full of dynamic and diverse cast of characters, some will help you on your journey, while others secretly plot to take you down. You all know how much I love diversity in my games and Imperial Graces gives me all that sweet melanin goodness! Also, I am always down for a customizable MC!

A strong heroine like the Empress needs an equally capable partner and Synstoria has us covered with the three pursuable characters: Alexander, the dependable General; Asha, ambassador from the kingdom of Isiria; and Theodore, the cool Duke of Faraam. Each brings their own unique perspective to the story and I love that they each challenge the Empress in different ways, both as a ruler and as a person. The demo gives you just a taste of the dynamic between our leading lady and her potential partners and I can’t wait to see more of them in the final release of the game. BUT, the character the piqued my interest the most isn’t even a love interest (but I pray that he gets a DLC route) and that’s the Master of Murmurs, when I say that man can get it, I mean THAT👏MAN👏CAN👏GET👏IT👏

Overall, there is a lot to love about Imperial Grace and after playing the demo I am impressed with what I’ve seen from the Synstoria team! For their first project, this is a very strong start and I can’t wait to get my hands of the final release! If you are looking for an immersive game with a strong badass heroine, a diverse cast, and gorgeous visuals, look no further than Imperial Grace! The extended demo just dropped and if you haven’t already, go download it now and fall in love with everything Synstoria has to offer!

When the Night Comes Game Review