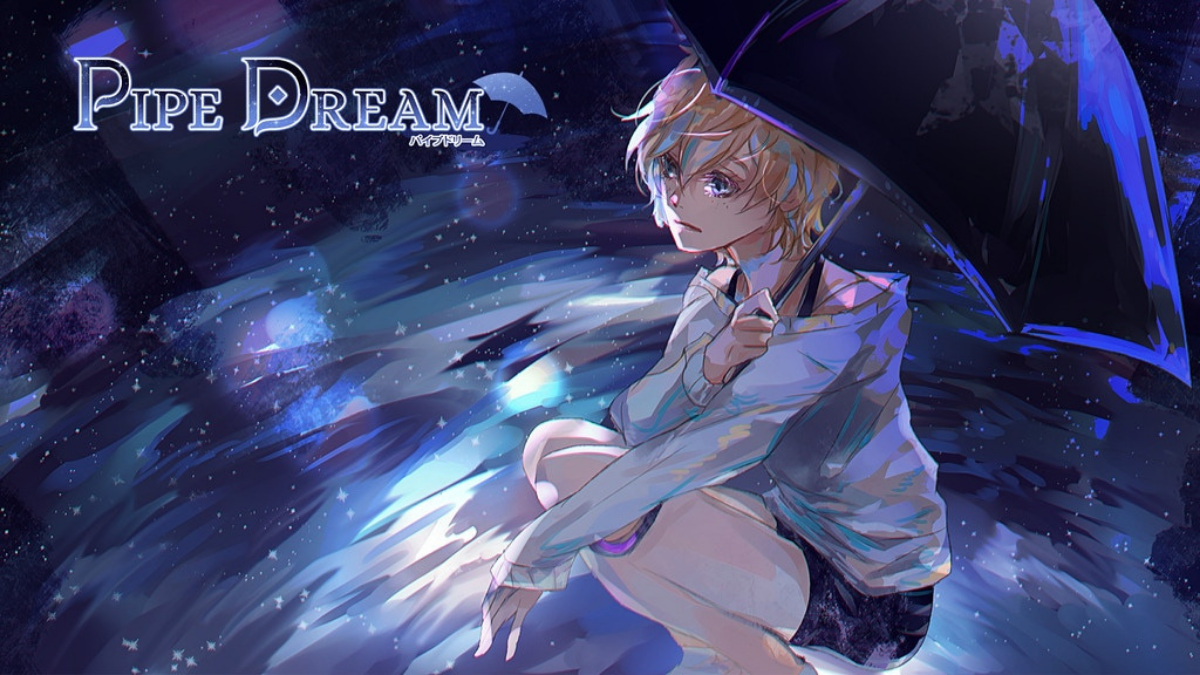 Pipe Dream is an upcoming slice-of-life dating sim developed by indie studio, Notome Games. This is my first experience with this team, but when your studio claims to specialize in “unusual otome game experiences”, let’s just say I take notice! Unlike most otome games that end when the player bags their boy, Notome Games wanted to create a game that explores the complexities of maintaining a relationship with your chosen beau. Aside from Storm Lover Kai, this is the first time I’ve come across an “otome” game that attempts to give players a more realistic romance experience.

Pipe Dream follows Robin, a young woman living under the thumb of her overbearing mother. Tired of having her whole life decided for her, Robin plans to make a desperate escape and attend the college of her choosing. Finally free from her mother’s control, Robin is excited to begin her new life as a university student. Follow Robin on her journey, balance your classes with your new social life and possibly uncover a brand new romance along the way.

Notome Games just launched the Kickstarter campaign for the game so you all have until February 14, 2021 to support the project. But, if you’re still on the fence about the game, there is a demo available—of course I had to give it a try for myself! So, here are my thoughts on the demo for Pipe Dream…

The demo opens with Robin alone in her room waiting for her friend, Ava, who is supposed to help whisk her away from her controlling mother and off to the college of her choice. And we spend a lot of time alone with Robin and her thoughts, which is a great way to show just how dire the situation is and because it’s delivered by Robin herself I’m much more invested in her as a character. She’s worried about being able to sneak out of the house without her mother finding her and there’s even a tense moment where we hear Robin’s mother making her way down the hall. You really get the sense that Robin is a prisoner in her own home, which makes her decision to leave home and strike out on her own even more harrowing. She even reminds me a bit of Heejung from Dandelion Wishes Brought to You  in that respect, as both women have been shaped by years of psychological abuse at the hands of a parent.

Eventually, Robin decides to leave her room and makes her way downstairs only to run into her mother, and y’all I nearly jumped out of my skin when her sprite appeared on the screen (that’s how deep I was into the story). The confrontation with her mother was absolutely terrifying and at one point Robin has to physically push her mother away from her. She has to RUN to her friend’s car, with her mother chasing after screaming and throwing things at her heels. She manages to get away and the rest of the demo follows Robin as she gets acclimated to college life—moving into her dorm, going to classes, and getting to know other people on campus. 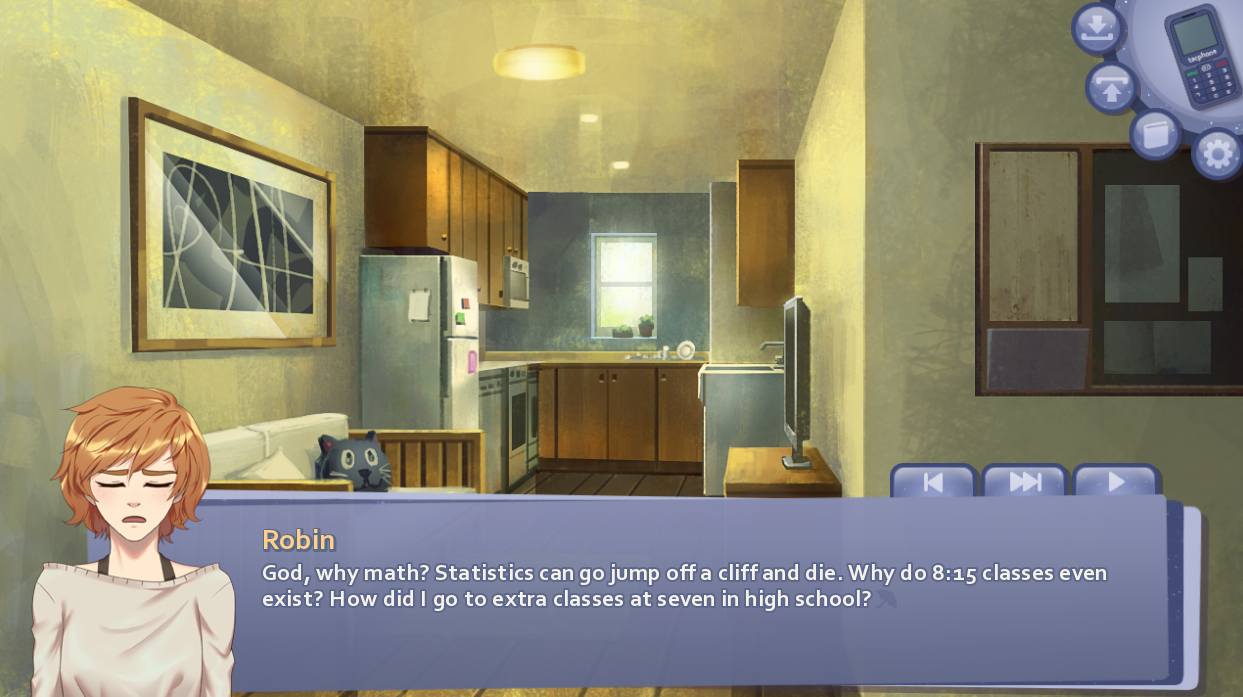 I really enjoy the slice of life vibes of the story, far to often it feels like romance games have to throw in a dramatic plot or world ending conflict to tell a viable story, so it’s nice to play a game where the story is much more relaxed. Heck, there were times when I was reminded of my own experiences during Freshman week at Howard—meeting new people, going to campus events, running late to 8AM classes… ah, memories.

Of course the demo gives you a chance to spend time with each of the love interests, Elliot, Gary, John, Akio, and your bestie Ava. I honestly loved all of them… well, Gary was a bit overwhelming at times with his happy-go-lucky demeanor , but even still I found him somewhat endearing. Ava is the bestie I wished I had during my first week of college—encouraging and fun loving, she’s a great foil to Robin’s more reserved personality. Cain is a sweetie and as someone that had to work through undergrad, I can totally relate to juggling school and various part-time jobs. Akio is a spoiled rich brat and I will admit I often went out of my way to push his buttons and get a rise out of him. John, was a surprise, a sweet book loving jock: I’m sold. But, my absolute favorite was Elliot, the grumpy glasses wearing cat lover… I am a sucker for cute grumpy boys in glasses… *looks longingly at my Tsukishima Haikyuu wall scroll*

Robin is absolute perfection! I thought because of the situation with her mother, she’d be much more reserved, and don’t get me wrong she isn’t the most outgoing person in the beginning. But, I love that you have the option to make choices that push her into being more outgoing. This is her big chance for her to do all the things she couldn’t when she was living under her mother’s oppressive care—of course you can choose not to try new things, but where’s the fun in that? Besides, you’d miss out on just how sassy Robin can be! Her chemistry with all the LIs is great, but I liked her best with Akio, because she calls him out whenever he’s being a jerk, and with Elliot, because she really takes a more active role during their interactions.

I love that the demo gives you ample time with each of the love interests, so you really get a sense of who they are and how well they mesh with Robin. While the demo covers just the first half of the common route, there were plenty of cute moments between Robin and the LIs that serve as setup for later romance (I swear when Elliot hugged me after our unofficial “date” I let out an unholy squeal of delight). But, the biggest draw for me with Pipe Dream is the ability to experience a genuine relationship with each of the love interests. In most otome games the game ends once you successfully woo your chosen lover, so unless the game has a fandisc or after stories, you don’t really get to enjoy being in a relationship. Notome Games gets around this by taking players beyond the confession scene and takes you through the complexities of maintaining a relationship while also living your best college student life. 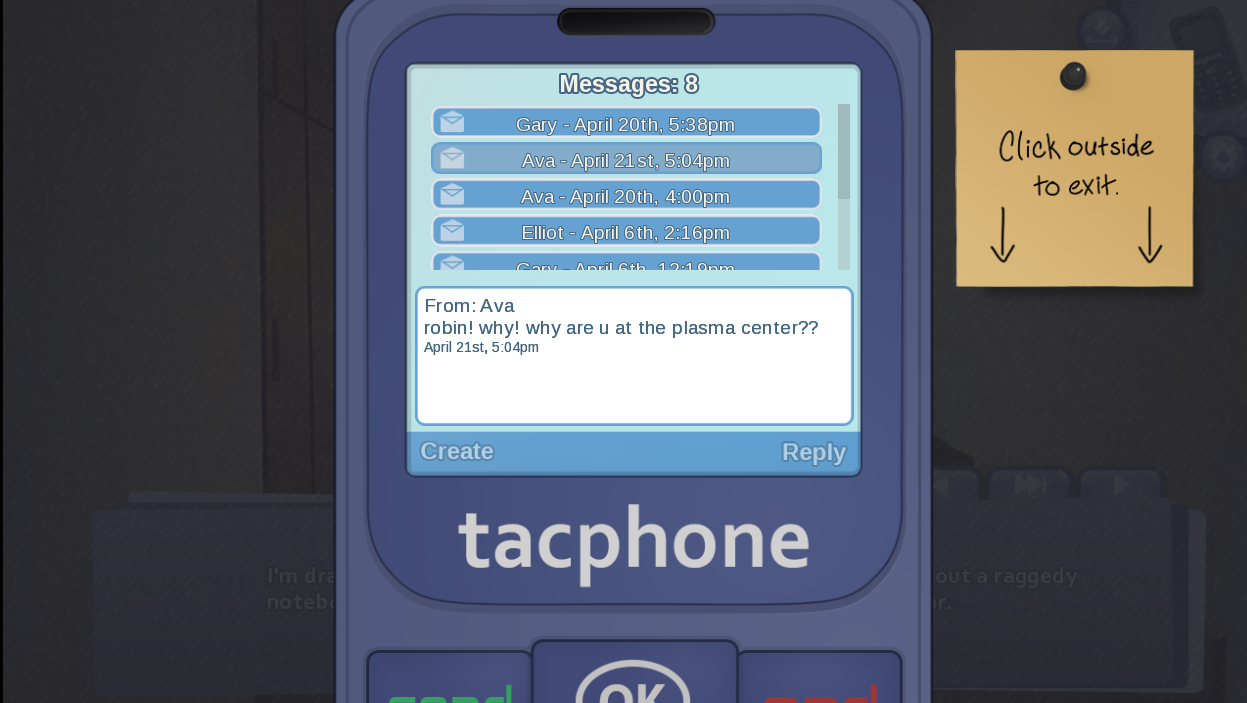 Overall, this was a high quality demo, all of the assets were damn near close to full release standards. The art is gorgeous—the UI is super cute featuring chibi versions of the main cast and the CGs, *chef’s kiss. Oh, and there is a fun cellphone feature where you can receive texts from the other characters and even reply back too (definitely reminds me of the same feature in Storm Lover).

The demo (like the full release) features partial voice acting and I have to give it to the VAs, there is an authenticity to their delivery that really made these characters feel real to me!  I had a lot of fun playing this demo and I have to admit I was a little sad when the credits started rolling, I just wasn’t ready to say goodbye to Robin and the rest of the crew…

Like I mentioned at the start, the Kickstarter for Pipe Dream is in full swing until Feb. 14, 2021, and I highly recommend THROWING your money at them because this demo is top notch!!

If you’d like to check out Pipe Dream for yourself you can get the demo over on itch.io: Play the Demo