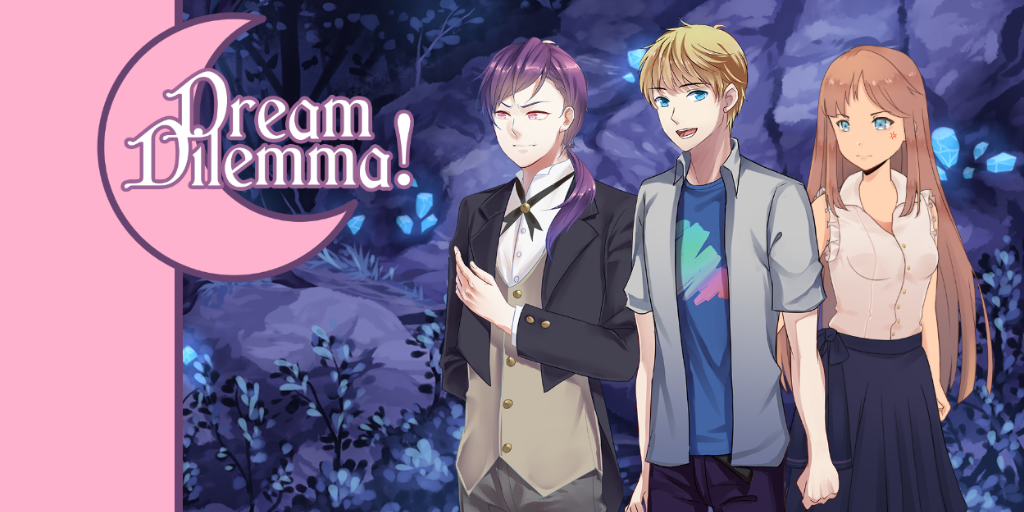 This has turned into quite the undertaking and while I’m pretty sure I won’t get through every submission by the end of the month, I have enjoyed the games I’ve played so far. For those of you just joining the party—all month long I’ve been working my way through submissions for the annual one month game jam, NaNoRenO, which is usually held between March and April. There were over 100 submissions for NaNoRenO 2020 created by newbie devs and veterans alike, covering a wide range of genres so I highly recommend checking a few out if you have the chance. 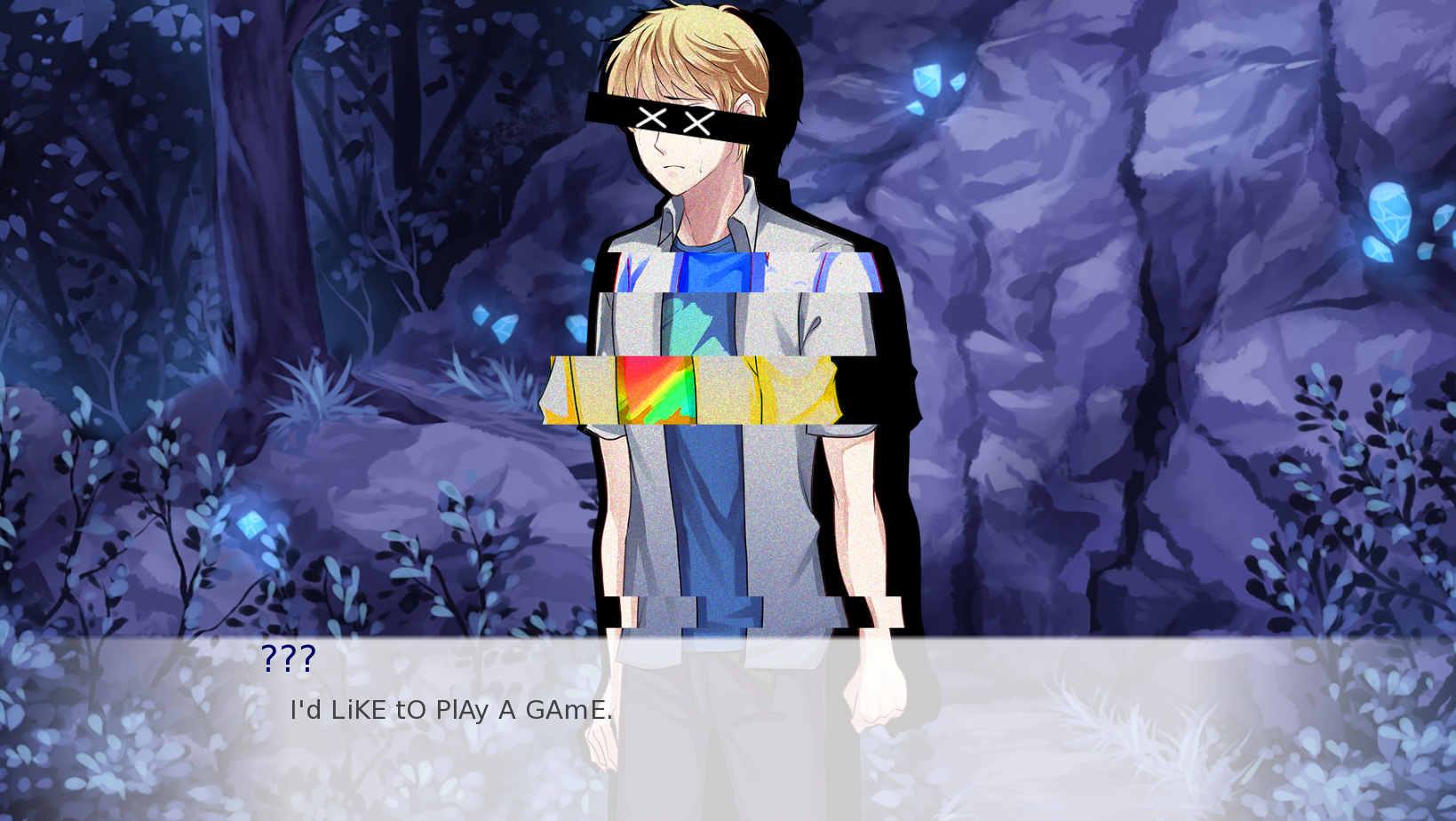 Next up on this tour of NaNoRenO games is the short fantasy visual novel, Dream Dilemma from AmesyFlo. This one’s a bit on the short side, taking roughly a half hour to get through, but it has a total of five endings that are each worth exploring. Dream Dilemma follows Jane, a seemingly ordinary girl who has been having strange dreams featuring a handsome boy. While his identity is a mystery she can’t help but feel like they’ve met somewhere before. Unbeknownst to her, there are greater powers at work and Jane and her dream boy are just the unwitting pawns in a life or death riddle game that could spell disaster for the pair should they fail…

This is one of those games that I would love to see fleshed out more in a longer release—while Dream Dilemma in its current iteration tells a complete story, I think the game just scratches the surface of the immense potential of its premise… I love the notion that our dreams can be used to shape our reality and that what we see in the dream world is somehow tied in with our fate. The dream world that Jane finds herself in is framed as a sort of limbo, where she encounters her “soulmate”, a boy named Caleb. Jane reveals that she has been entering this world for years, but never entertained the idea that anything she experienced there was real until she overhears a rumor from her friend Eileen about a strange dream that allows a person to meet their soulmate. But, her dreams turn into a nightmare when she encounters a demon named Phobetor who makes her an offer she can’t refuse—play his riddle game and win or else she and her dream boy will face a gruesome end.

At first, it’s unclear if her dreams or the mysterious Phobetor are just a figment of her overactive imagination, but she decides to try and solve his riddles anyway. With each riddle she solves the higher the stakes become and it will take everything Jane has to survive… and protect someone she’s only met in her dreams. Jane is a protagonist with strong convictions, she could have easily crumble under the weight of her fate and Phobetor’s demands, but she faces everything head on. Joining her on her quest is her best friend, Eileen, and I can’t tell you how refreshing it is to see a supportive female friend! She stands by Jane through everything, never questioning her outlandish claims about dream demons and soulmates… now that’s what I call ride or die.

Phobetor is definitely an interesting bird, he is clearly the antagonist of the story, but there are moments when he feels more like a trickster than an outright malicious entity. It’s not lost on me that there is a lot of chemistry between Jane and Phobetor, granted we do spend more time with him than we do with the “love interest” Caleb, who we don’t actually meet properly until the very end of the game. I would have liked to have spent more time getting to know him, but I like the idea that he really isn’t that important to the plot. Choosing him means that Jane gives into the notion of soulmates and dream lovers and while that is cute in fairytales, it lacks the substance of a relationship that has been built up over time. In fact, you could argue, that romance isn’t really the point of the game, rather it’s Jane’s growth as learns to take her fate into her own hands.

Dream Dilemma is just a small taste of an interesting concept and even after achieving each of the game’s five endings I couldn’t help but want to know more about the characters and the world the writers created.

You can also contact AmesyFlo on Social Media through the following channels: