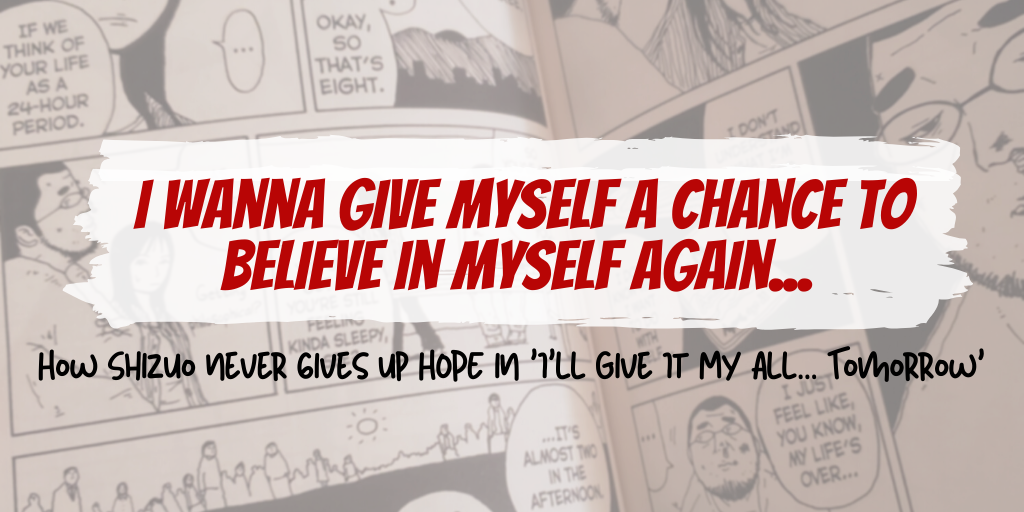 Hey Hey Heroes, Travelers, and Wandering NPCs, its been awhile since I last participated in an OWLS Blog Tour. We all started this year full of hope, but the recent COVID-19 pandemic has put many of us in a tight spot. Many have already succumbed to the virus and those that haven’t are facing economic hardships brought on by stay at home orders and mandatory social distancing. It’s hard not to feel discouraged, when the impacts of the virus is such an ever present part of our lives. Whether you have been personally affected by the pandemic or know someone affected by COVID-19, it’s important that we keep moving forward. So, it’s only fitting that in the wake of the current pandemic, that the April 2020 Blog Tour topic should be Hope.

We are in the midst of a pandemic which has led people to live in fear and anxiety over the coronavirus. For this month, rather than seeing the dark side of the situation we are living in, we will be exploring anime and other pop culture mediums that bring hope for humanity and why they have such a positive impact on us. 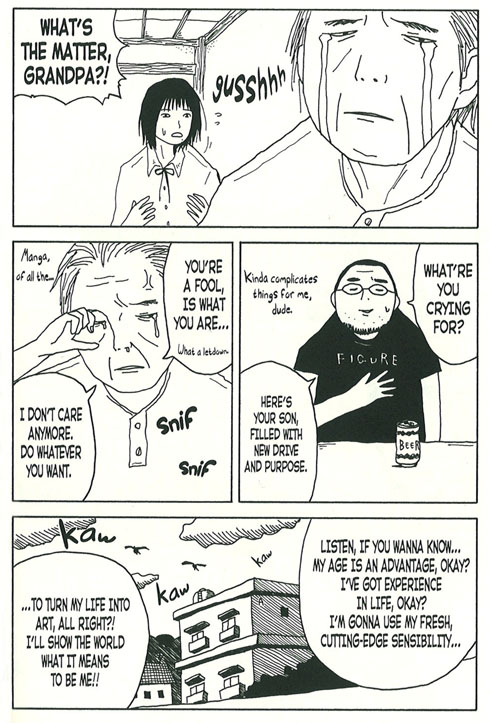 I couldn’t think of a better series to talk about for this months tour than, Shunji Aono’s comedy manga, I’ll Give It My All…Tomorrow. The series follows the exploits of Shizuo Oguro, a forty year old man who gives up his dead end office job to pursue a career as a manga artist. There’s just one catch—Shizuo doesn’t have any marketable skills, nor does he even have the talent or discipline to make it as a manga artist… but, he doesn’t let that stop him from pursuing his dreams.

Shizuo has lead a rather unremarkable existence up until this point, and at a time when he should be settling into the complacency of middle age, he is looking to kick-start his life by following his passions… even if he fails more times than not. To say Shizuo is flawed is a bit of an understatement, Aono doesn’t shy away from just how painfully inadequate Shizuo is, however, that’s exactly what makes him so relatable.

He isn’t perfect, a point that several characters like to drive home—he gets dogged out by his elderly father at home or he’s the butt of mean spirited jokes from his (much younger) coworkers at the local burger joint—but rather than lashing out at others, he takes everything that comes his way in stride. No matter how many times he gets knocked down, Shizuo never stays down, and there is something noble about that… When faced with adversity many of us fold under the weight of our failures, but not Shizuo, he channels his live experiences into his work. And while most of his idea fail to make a splash with his editor you can’t help but root for someone so dogged in his pursuit of his dreams (even if his attempts are a bit lackluster at best).

I’ll Give It My All…Tomorrow isn’t so much about the big successes, but the small everyday victories. Whether that’s dragging yourself out of bed in the morning or making it through another shift at work—Aono celebrates the hard truth that sometimes life sucks, but that’s okay, because we all have moments that suck. We all have moments of weakness and failure, but what matters is that we continue to keep moving forward in spite of our setbacks. It’s all about the journey, not the destination—and so long as we don’t give up hope that one day we’ll make it… everything will just kind of sort itself out.

That’s my take on the Hope Blog Tour, as always, I am just one in a long line of OWLS posts this month, so don’t forget to stop by Mecha Anime Reviews to read Scott’s phenomenal post about Planet With and be sure to visit Mel’s blog, Mel in Animeland on the 23rd for more OWLS fun! Also if you haven’t already, please subscribe to the Official OWLS Twitter account @OWLSbloggers and the Official OWLS Blog, to stay up to date on all OWLS news and announcements!

4 thoughts on “I Wanna Give Myself a Chance to Believe in Myself Again: How Shizuo Never Gives Up Hope in ‘I’ll Give It My All… Tomorrow’ – April 2020 “Hope” OWLS Blog Tour”