My Burning Heart is a story set in a 1001 Nights world.

As a Black gamer I tend to shy away from games that depict slavery, for obvious reasons—it makes me uncomfortable. Especially when slavery is depicted in romance themed games, since there is a degree of power imbalance that undermines any perceived notion of consent, because lets be real for a second—slaves cannot defy the whims of their masters, and as such are subject to whatever treatment their masters see fit. I take particular offense to games that tend to sexualize the relationship between a master and a slave, because by definition these relationships are inherently non consensual, since slaves don’t have the agency to reject the advances of their masters.

So, I find myself in a bit of a dilemma with Ertal Games’s Arabian nights themed visual novel, My Burning Heart—its very premise is built on the dubious consent of a slave/master relationship—the protagonist, Adnan, is brought to the palace of the sultan to be his new harem slave. Despite the benevolence of his master, Adnan plots to escape his comfortable life in the palace, but in order to do so he will need to give himself over to the Sultan. *internal scream*

I have praised Ertal Games for their penchant for storytelling in the past, their rich narratives and unique characters make them a stand out among boys love game developers. And My Burning Heart is a well written game, and while it does take some liberties with its romance, I do appreciate the fact that Ertal Games does not shying away from the harsh realities of a slave/master relationship. Adnan is brought to the palace against his will and he makes it known just how much he detests his circumstances and the Sultan. There is a resentment and rage simmering just beneath the surface that not only makes Adnan a relatable character, but gives him some degree of control over his circumstances. Yes, he is a slave and as such has no say in what happens to him, but he never lets that define who he is. He treats his role as a harem slave as a job, begrudgingly performing his duties with the sultan night after night, while navigating the social pecking order of the harem and the palace, and that more than anything goes a long way in making the dub-con much more palatable.

There is a self awareness to this game that I found enjoyable, and again this is thanks to Ertal Games’s phenomenal writing skills. The relationship between Adnan and the sultan, Rashid is built on an imbalance in power, and despite Rashid’s “kindness” he is ignorant of the suffering of those around him. He fails to comprehend how his actions, while well meaning, are undermined by the unmistakable degree of privilege he has as sultan. His affection for Adnan is sweet, but misguided, because he can afford to be fickle, simply because he has the agency of his station to do so, unlike the harem slaves who are subject to his whims. He isn’t malicious and he does go out of his way to make his slaves comfortable in the palace, so he is a much more sympathetic character than you’d expect, but he never does anything to elevate their status or change the status quo. So it was kind of nice seeing him being taken advantage of by Adnan at several points in the story. There’s a scene at the end that I found especially satisfying, because we see Rashid relinquishing his power and at the mercy of Adnan and for the first time in his life he understands just how much his slaves sacrifice. It’s hard to watch, but I’ll be damned if it isn’t satisfying!

The romance between Adnan and fellow harem slave, Halim, while not marred by the power imbalance inherent in the sultan’s route still managed to leave me just a little unsettled. Halim is naive in the same way Rashid is, but without the master/slave relationship his interactions with Adnan are much more wholesome. Halim was born and raised to be a harem slave, it’s all that he knows and unlike Adnan, who openly rejects the harem, Halim embraces his role as the sultan’s favorite. He thrives in the palace and tries to indoctrinate Adnan to the ways of the harem, grooming him to be the perfect lover for the sultan. He becomes his sole confidant in the harem and the two develop a strong friendship.

And then there’s Harun, the grand vazier and right hand man of the sultan. He is undoubtedly the villain of the game and very open about his resentment towards Adnan. He is cruel and malicious, delighting in using his power to manipulate the inhabitants of the palace (the sultan included). While his route isn’t as lengthy as Rashid or Halim’s routes, his interactions with Adnan are a major driving force throughout the game. His hatred of Adnan comes from a desire to possess him, which kind of gave me some Lord Frollo/Esmerelda vibes, which if you’re into that kind of thing makes for an interesting narrative. Of all the characters in My Burning Heart, Harun is by far my favorite, he is deliciously conniving, unlike Rashid, he is aware of his privilege and he uses it to his advantage. He doesn’t hide behind pretenses, but, there is so much more to him than just being the “bad guy”. He reveals very little about himself in the main story, but you get the sense that there is more to him than meets the eye… and OH BOY IS THERE!!  My only complaint is that his route was TOO short, I would love to see a spin-off or an after story that focused just on Harun—his past, his thoughts during the events of the main story, where his relationship with Adnan progresses in the future… I NEED MORE!

The romance is “questionable” at best, even by boys love standards. Consent or the lack their of is the main shtick of My Burning Heart, so if you aren’t a fan of non-con sexual relationships, this is not the game for you. I want to stress, that if you are even a little put off by dub-con or non-con, you probably won’t enjoy this game very much, because none of it is avoidable (especially where Rashid is concerned). This ties in with the whole slave/master dynamic, and while it is in fitting with the premise, I couldn’t fully enjoy the earlier encounters between Adnan and Rashid. Halim’s route is slightly better since we see his friendship with Adnan develop BEFORE they ever sleep together, but given Halim’s skewed world view… let’s just say it’s not exactly “wholesome”. Harun on the other hand is both better and worse, Rashid at least shows affection for Adnan and there’s a romantic undertone to his encounters with him… but with Harun, there is no such affection, his bad ending sexual encounter with Adnan is not consensual and thankfully is not meant to be seen as romantic. It’s painful to get through and while in character,  should be definitely be avoided if you are triggered by non-con sex. However, his good ending is the complete opposite, doing away with the dub-con altogether and delivering a satisfying (and guilt-free) boys love sexual encounter.

Complaints about the premise and the dub-con aside, My Burning Heart is an absolutely gorgeous game! The art is one of the game’s best assets, bold, rich colors and vibrant character designs really bring the world of the game to life. It really feels like you’ve stepped right into an Arabian fantasy story, though I would have like to see characters with darker skin tones (buuuut, given the slavery aspect of the game I’m not really complaining). The game is fully voiced in English and I quite enjoyed the voice work in the game, each VA gave their all breathing life into their respective characters (though Harun’s VA is my favorite)! AND THE WRITING! I have said this before, and I will say it again, I love how descriptive the writing is in Ertal Games’s titles, especially during the sex scenes. My god is this game steamy! The writing paints a picture of words, to the point that you don’t even need the CGs, which is not something I can say about most visual novels!

So, my final verdict… If I set aside my qualms about the depiction of slavery in the game, My Burning Heart is an enjoyable game. I am a huge fan of Ertal Games and their works, their phenomenal storytelling and realistic characters are always worth the price of admission. However, I want to stress, that if you are not a fan of master/slave romances or non-con sex, My Burning Heart isn’t for you. But, if you can overlook all that, this is an enjoyable boys love title.

Thank you for reading and supporting Blerdy Otome! If you like what you see be sure to drop a like or a comment to let me know what you think about non-con boys love romance?

← Thrifty Gaming: Games That Won’t Blow Your Budget #46
Self-Care in a Time of Social Distancing – How I’ve Been Taking Care of My Mental Health from Home → 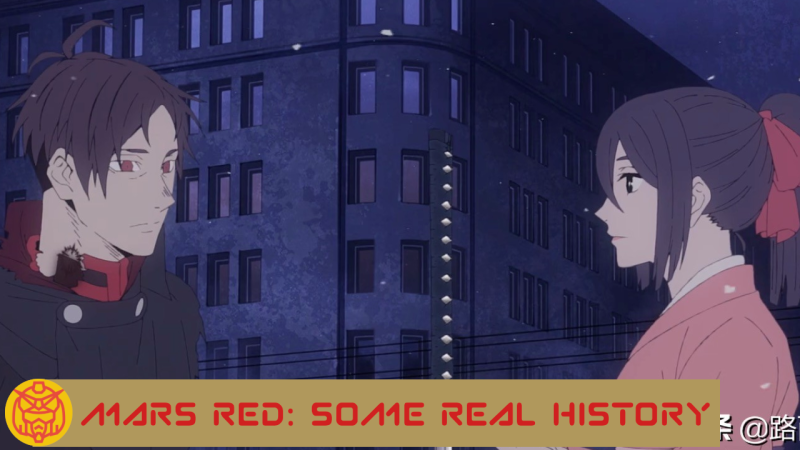 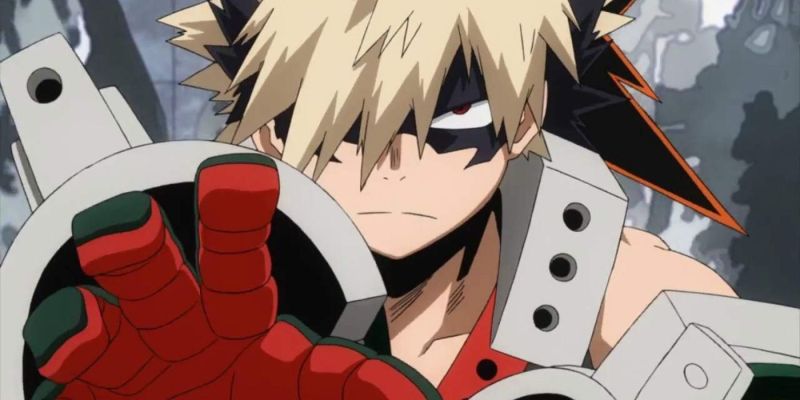 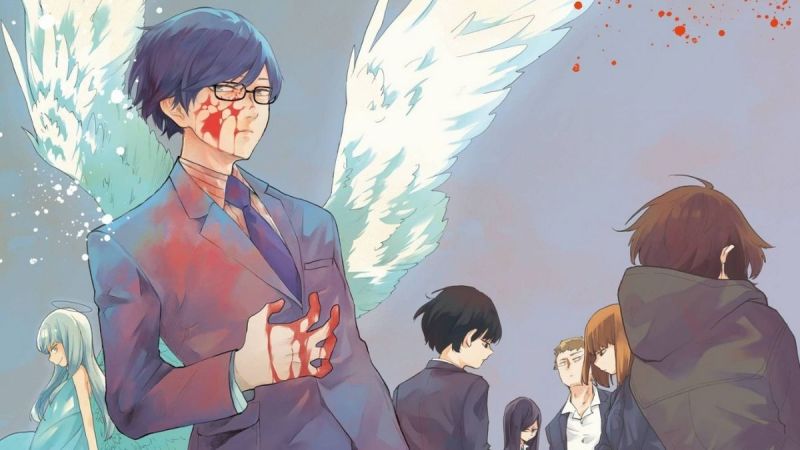 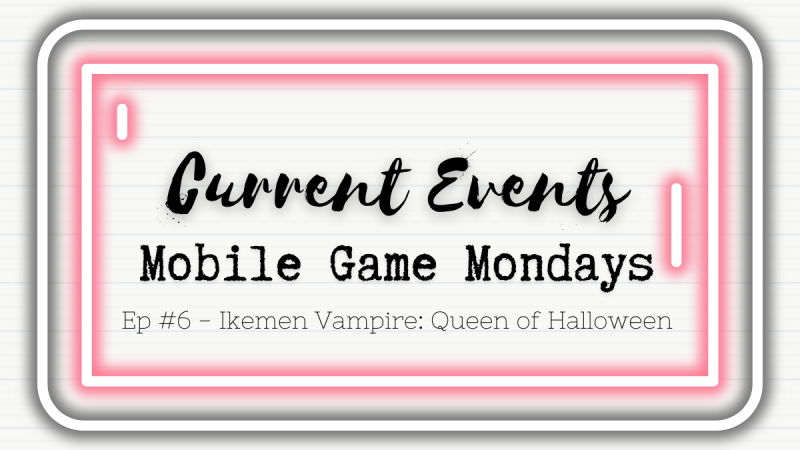