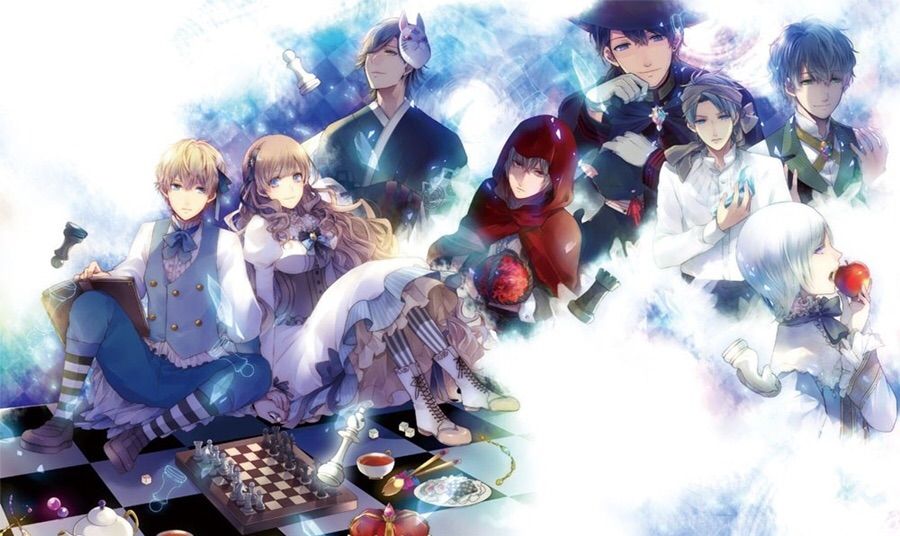 Most of you probably already heard the news, but Taisho x Alice is getting a NEW Steam realease!!

We all remember the E2 Gaming Tragedy of 2017 that produced the delightfully terrible English language release of Primula’s Taisho x Alice. There were a lot of signs that the initial E2 Gaming English release was going to be a shits how, as the “company” had been very lax with marketing and responding to fans on social media. However, even that couldn’t prepare us for the actual release, which was marred by it’s dismal translation and laughable voice acting! Many were outraged by this seeming disregard for quality, and the game became something of a meme, with otome fans adding “Hirigana” and “Katakana” to their twitter handles in mocking tribute to the game’s most memorable translation choices.

But, it seems that 2019 has brought Taisho x Alice back for a second go of things, this time the localization is being handled by Primula’s parent company, Pencil and from what I’ve seen of the Steam page and Twitter, this appears to be a legitimate release. Taisho x Alice has a Steam release date set for November 28, 2019.  The game will feature full Japanese voice acting, and subtitles in Japanese, English, and Simplified Chinese. 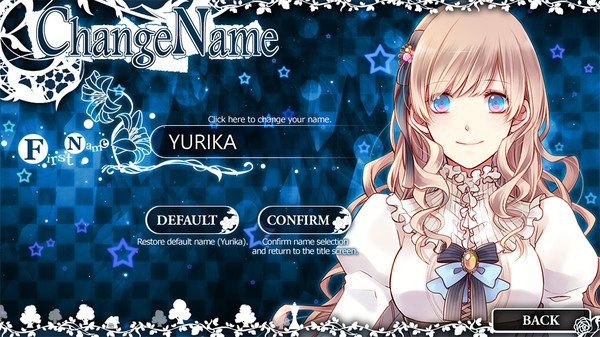 Once upon a time, in a topsy-turvy world…

In the beginning, you find yourself lost within a world of utter darkness. Your memories are gone; even your name is a mystery.

But just when the bitter loneliness threatens to break your spirit, you meet Alice—a blond-haired, blue-eyed young man who promptly christens you “Arisu.”
Like you, Alice cannot remember anything beyond his own name. Ignoring his protests, you drag him along with you through the darkness… until you happen upon a massive mirror made of crystal.
You stumble through the glass and into the Looking-Glass World, an antiquated fairytale dreamscape that feels oddly familiar…
There, amid a colorful cast of gender-swapped fairytale characters, you take on the role of the heroine and join them in their twisted tales.

How will the story end? It’s up to you!

Taisho x Alice is a re-imagining of popular fairytales, and features a vibrant cast of gender-swapped fairytale characters. The game was originally released in Japan in 2015 for PC and was split into four parts (Episodes). The first episode contains Cinderella and Red Riding Hood’s stories, the second contains Kaguya and Gretel, the third episode contains Snow White and the Wizard, and the fourth and final episode focuses on Alice.

The upcoming English release will be for Episode 1 only,  and as of this post, there is no price listed on the Steam Page. Molly Lee (@verdelishJP) announced that she worked with JAST USA to help bring the new and improved localization to life! The full Japanese voice cast is as follows:

I am super excited for this new release and given the info I’ve seen floating around online, I am very optimistic about Taisho x Alice‘s localization. This time around it appears that Primula was much more involved in the localization process and that is a huge step up from the initial 2017 localization. Note, this new release is in no way associated with the previous release and I urge you NOT to support the E2 Gaming release of Taisho x Alice. The new English release will be available on November 28, 2019, but if you are still looking for information about the game check out the Official Social Media channels below:

4 thoughts on “Taisho x Alice Rises from the Ashes with NEW Steam Release!!”