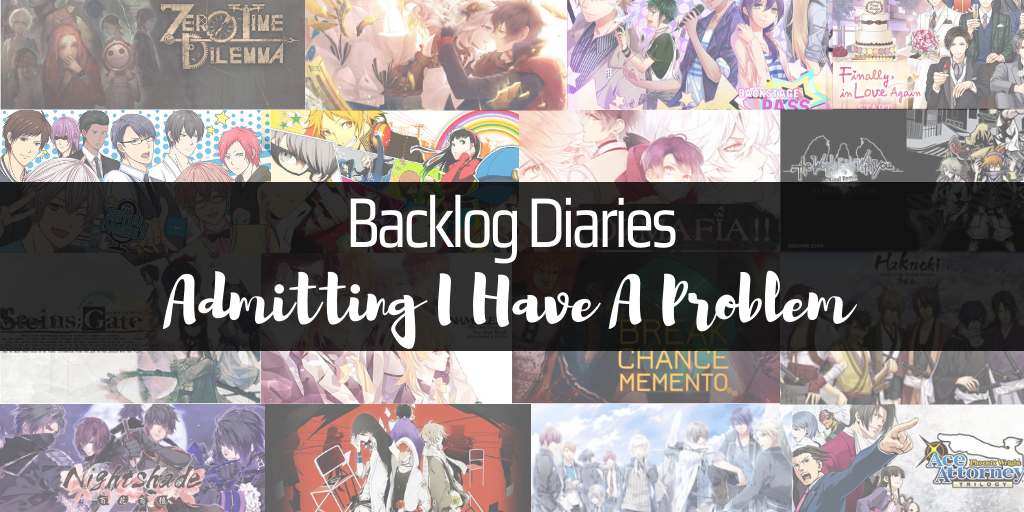 I’ve kind of been dancing around this topic for awhile now, since like many gamers my backlog is a point of pride and shame. I’m not alone in this, just about every gamer I know has a backlog, that despite our best efforts never seems to get any smaller. In fact, backlogs tend to do the exact opposite.

I’d like to blame sales for my ridiculous backlog, I mean really it’s criminal to let a Steam Sale go by without buying anything and some publishers have taken to hosting release day sales in hopes of boosting their initial sales stats. The system is rigged to promote sales, I know this and yet, I can’t help myself… I am a willing participant yet another Capitalist scheme…

Each new game I buy is a testament to my savvy consumer skills. I tell myself, it’s okay to buy X game, because it was only X amount of dollars. I mean buying a game for 35% off has to be better than getting it for full price… right? At least that’s what I tell myself. So I happily shell out cash on games I know I’ll never have the time to actually play.

And there in lies the problem…

I have a habit of buying games knowing full well I’ll never have time to play them all. So most of my shiny new game acquisitions spend a considerable amount of time collecting dust deep in the recesses of my backlog. I even have a few physical games that are still in the original shrink wrap, literally collecting dust…

I’ve been working on taming my backlog, I play my Vita and Mobile Games on my commute to and from work. I hold off on buying newly released games unless I intend on playing them right away and I limit myself to a handful of game sales a year. It’s not a perfect system, some days I’d rather binge watch Law and Order SVU for the 15th time or maybe I get roped into a social activity or hell, maybe I’m just not in the mood for gaming. Then there are those moments of weakness when a new game is released and FOMO is too strong to ignore. I fold like a cheap suit; I buy the game and then… I add it to the pile of untouched games, the silent specters that haunt my backlog.

I’ve read all the articles on managing your backlog, even created a profile on Backloggery (which I don’t update) but, at the end of the day my backlog grows ever larger with each new year. It’s a work in progress. But, the first step is admitting I have a backlog problem… So, here are the games in my backlog (at least I think this is all of them):

*note: I have multiple character routes from every Voltage Inc game… but, listing them would double this list… so they’ve been omitted*

I kind of want to use this to hold myself accountable for the games in my backlog, but I have a sneaking suspicion that I’m probably going to add to this list more than I’ll take away from it. *shrugs noncommittally* So, I want to hear from you guys, tell me about your backlogs! Whether you have a backlog of games, anime, manga, books… whatever, I wanna hear from you guys… We’re in this fight together, besides it’s nice to know I’m not the only one hiding a massive backlog…

13 thoughts on “Backlog Diaries: Admitting I Have a Problem…”