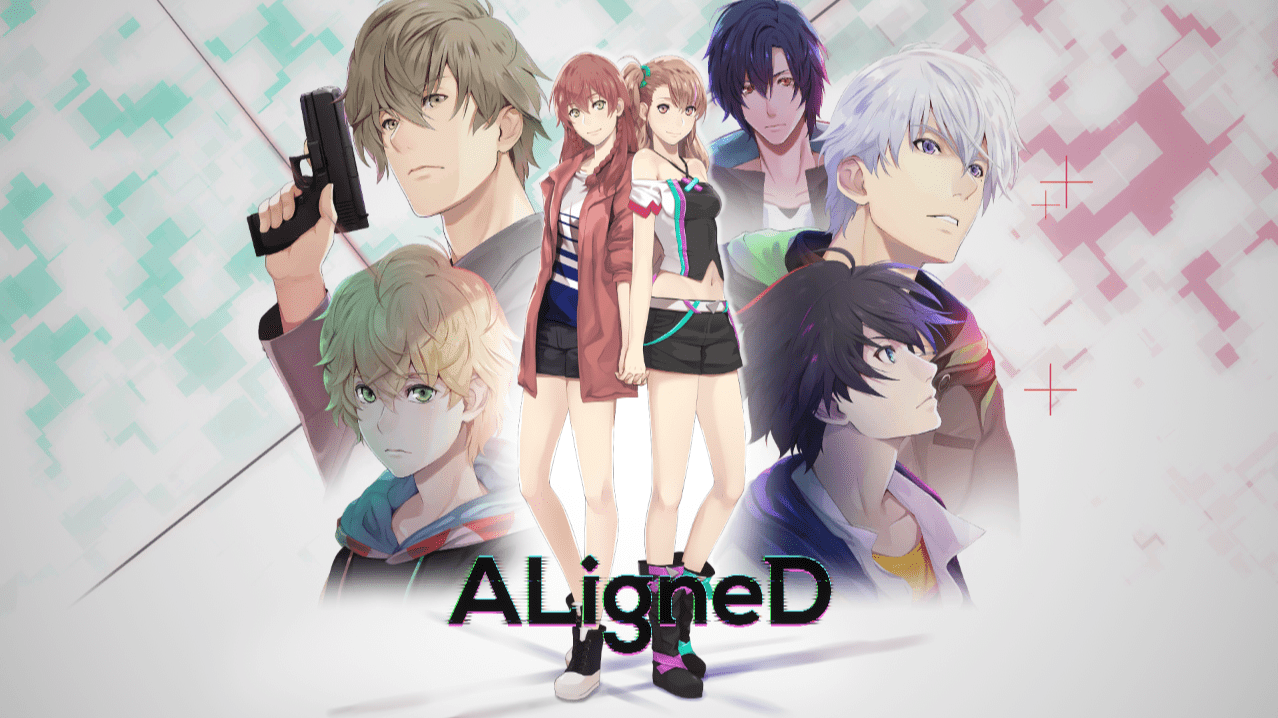 ALigneD is an adventure game with a heavy focus on VR, but with the narrative driven gameplay of a traditional otome game/visual novel. The premise of the game is a combination of Ernest Cline’s Ready Player One and the anime Sword Art Online and a dash of Dramatical Murder. The game is being developed by Hong Kong based indie game developer Zoomob and is planned for a Winter 2019/Spring 2020 Steam release.

It’s the 21st century and the world has undergone vast technological advancements, making VR a second home for ordinary citizens. However, with such freedom and opportunities, not everything is as clear as it seems. An abduction takes place, and its culprit: cyber terrorists from the dark web. It’s your job to uncover the truth behind the VR world.

The story follows the main character called Spica. She is invited to attend the annual virtual-world awards ceremony (The Hearts), however, the event is disrupted by a malicious virus attack, sending everyone into a panic. Spica and her best friend prepares to log out to avoid the virus attack, but moments before they do, Spica sees a shadowy dark figure behind Lyra. After logging out, Spica checks her friend, only to find that she’s out cold and unable to wake up.

ALigneD will be a commercial release, supporting the Kickstarter at the HK$100($13 USD) level will get you a copy of the game upon its release.  The game will be available for mobile devices, Steam, and Nintendo Switch.

ALigneD is an adventure otome game that is heavy on the story, as the protagonist Spica’s search for her missing brother draws her deeper into a virtual conspiracy. Interact with the various characters and love interests, uncover the secrets of Aaru, and maybe find love along the way.

Unlike most otome games where your choices influence which of the available love interests you pursue, ALigneD features a “Story Planner” where players can choose which love interest they want to romance by placing markers on their icons. The placement of the markers determine who you spend time with, and once you reach a certain affection level you unlock exclusive scenes. There are also double point days that boost your affection level, similar to campaigns in f2p mobile games.

Immerse yourself in the this virtual cyberpunk adventure with the gorgeous visuals that bring the stunning world of the game to life! Vibrant designs give each of the characters their own unique flair that reflects their individual personalities. In addition to that, the vibrant and colorful background artwork brings the futuristic setting to life, immersing players in the stunning locales!!

Zoomob has set their campaign at a HK$500,00 funding goal ($63,734 USD) and they still have a ways to go before they meet it (the campaign will run until September 16 2019). There are a number of perks for supporting the Kickstarter campaign and a wide range of pledge tiers for just about every price range! Below are some of the perks you can expect if you decide to lend your support!

If you still aren’t convinced to support this game, I highly recommend checking out the demo, which covers a good bit of the gameplay. The demo is playable from your web browser: HERE.

I urge you to PLEASE check out the Kickstarter campaign, HERE and lend your support. There is still time left for the campaign and every little bit helps! The various price tiers come with some nice goodies so definitely check them out!

You can also reach out to the team through their Facebook Page!

One thought on “Let’s Show Our Support for ALigneD!!”