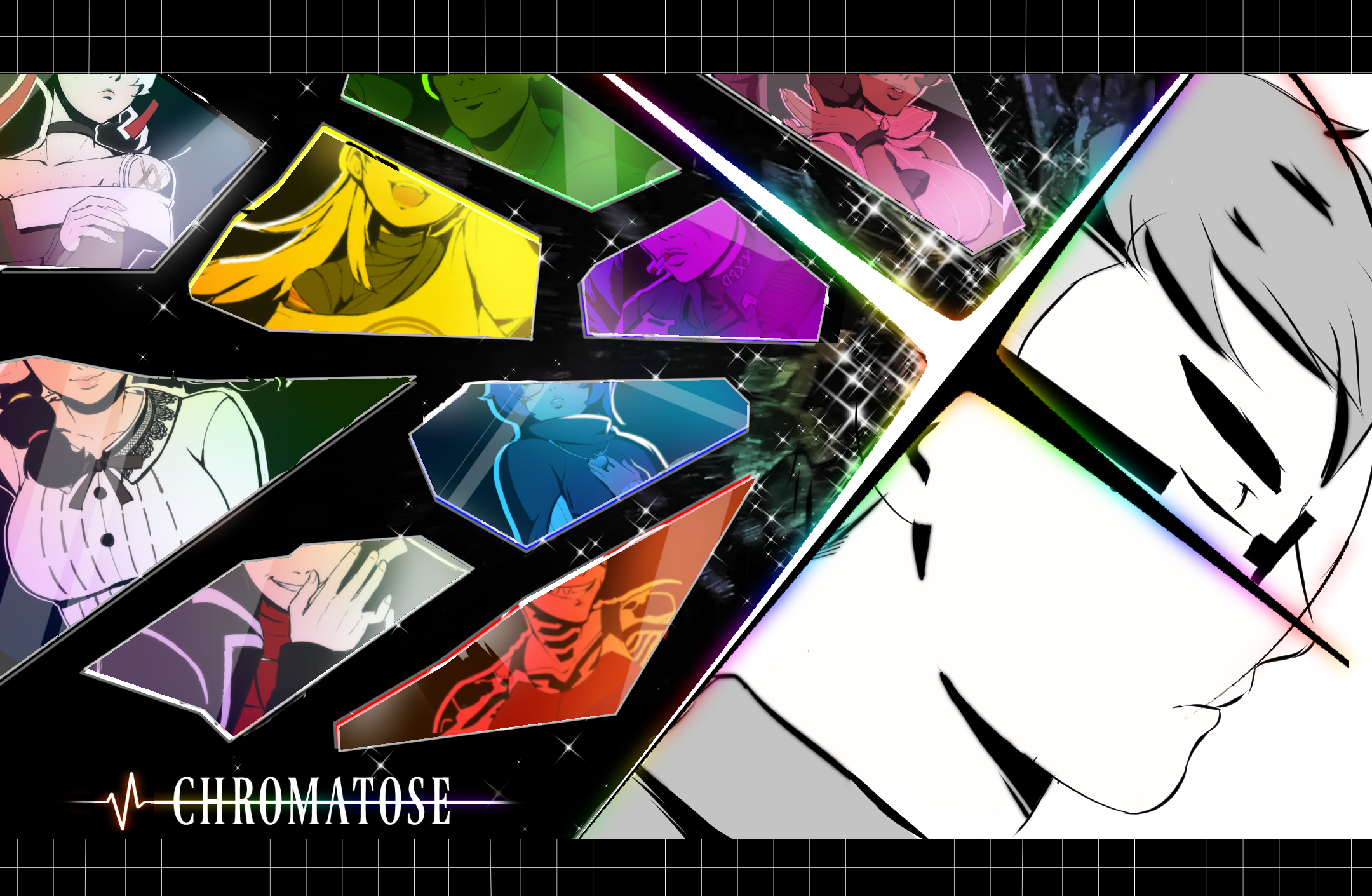 This time around, I’m covering Akabaka’s upcoming 2D visual novel/RPG Chromatose! I played the demo a little while ago and I fell head over heels in love with the dynamic cast of colorful characters and immensely addictive mystery storyline. There is just so much more to discover in this delightfully entertaining visual novel, but, Akabaka needs our help!

Chromatose follows Leroy, an EMT that awakens in a strange nightmarish world after taking a fall that should have ended in his death. The dreamworld is populated by a group of amnesiacs who are also trapped within their own unique nightmare worlds due to some flaw or error they committed in the real world. You have 12 hours to help the inhabitants reclaim their memories and escape their nightmares or else you’ll be trapped there forever. However, each world is guarded by strange creatures that will stop at nothing to stop you from reaching your goal.

Chromatose is a commercial release ($15.00 USD upon release, though supporting at the $10 Early Bird level gets you the game at a discount) and will be available for Windows, Mac, and Linux. The game boasts a number of great features that set Chromatose apart from other games on the market.

Chromatose offers an intense gameplay experience with hours of immersive game play and an expansive storyline. Build relationships, battle nightmares, recover your lost memories, and uncover the mysterious pasts of each of the visitors trapped in the coma world!

In the vein of games like Persona 3 and Catherine players can go beyond the usual visual novel gameplay mechanics with Chromatose‘s rapid-fire battle system that weaves together the relationships that you build in the game with how effective you are in combat.

An Expansive Cast of Characters

Interact with 10 unique characters within their personal Coma Worlds. Each character has their own bittersweet stories about self-redemption and personal growth.

In order to bring the world of the game to life, all of the backgrounds used in the game are animated and reflect the personalities of each of the characters trapped within the Coma World. From an underwater classroom to a snow covered forest, there are a number of interesting worlds to discover and explore.

Akabaka has set their campaign at a $22,000 USD funding goal and they still have a ways to go before they meet it. There are a number of perks for supporting the Kickstarter campaign and a wide range of pledge tiers for just about every price range! Below are some of the perks you can expect if you decide to lend your support!

If you still aren’t convinced to support this game, I highly recommend checking out the demo, which covers the entirety of the prologue. Like the final release, the demo is available for Windows, Mac, Linux!

You can also contact Akabaka on Social Media through the following channels:

One thought on “Let’s Show Our Support for Chromatose!!”